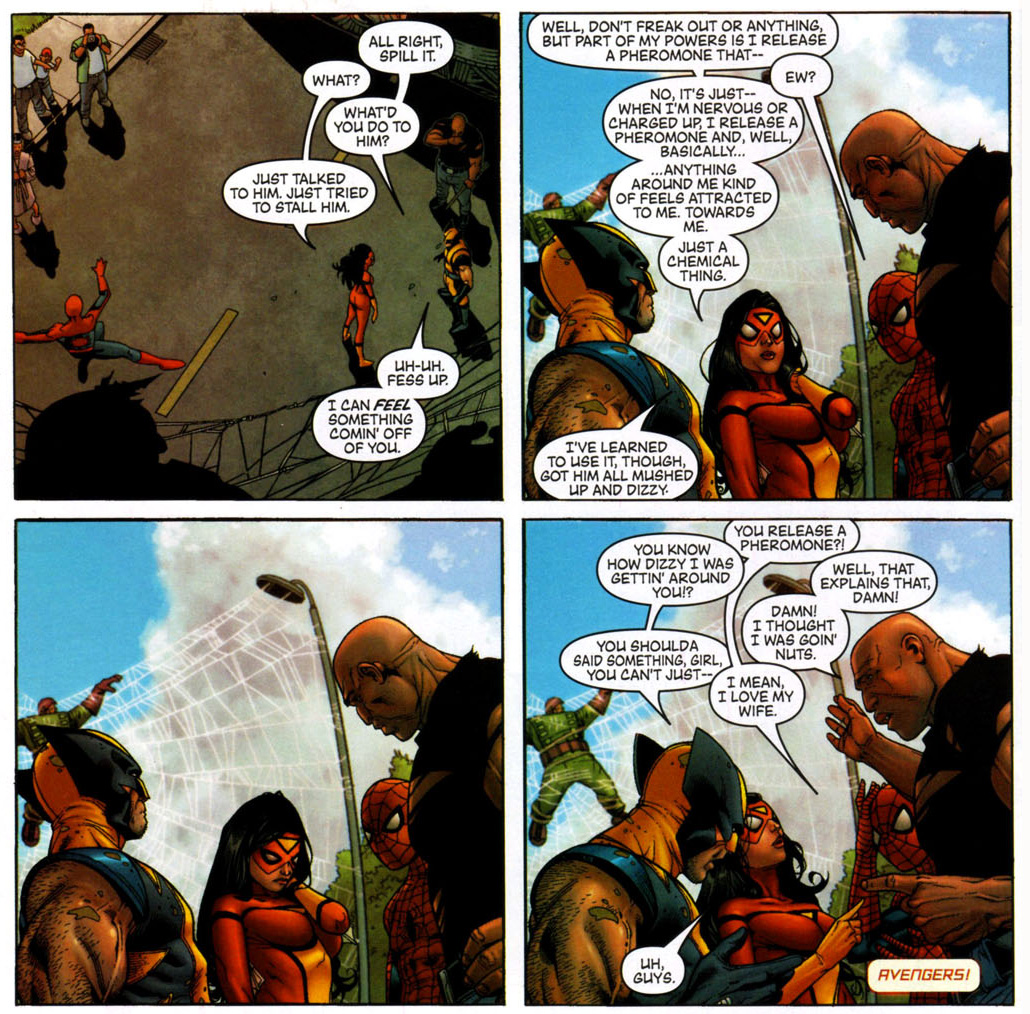 Spider-Man: You release a pheromone?!
Wolverine: You know how dizzy I was gettin’ around you?
Luke Cage: Well, that explains that, damn! Damn! I thought I was goin’ nuts.
Spider-Man: I mean, I love my wife.
Wolverine: You shoulda said something, girl, you can’t just–