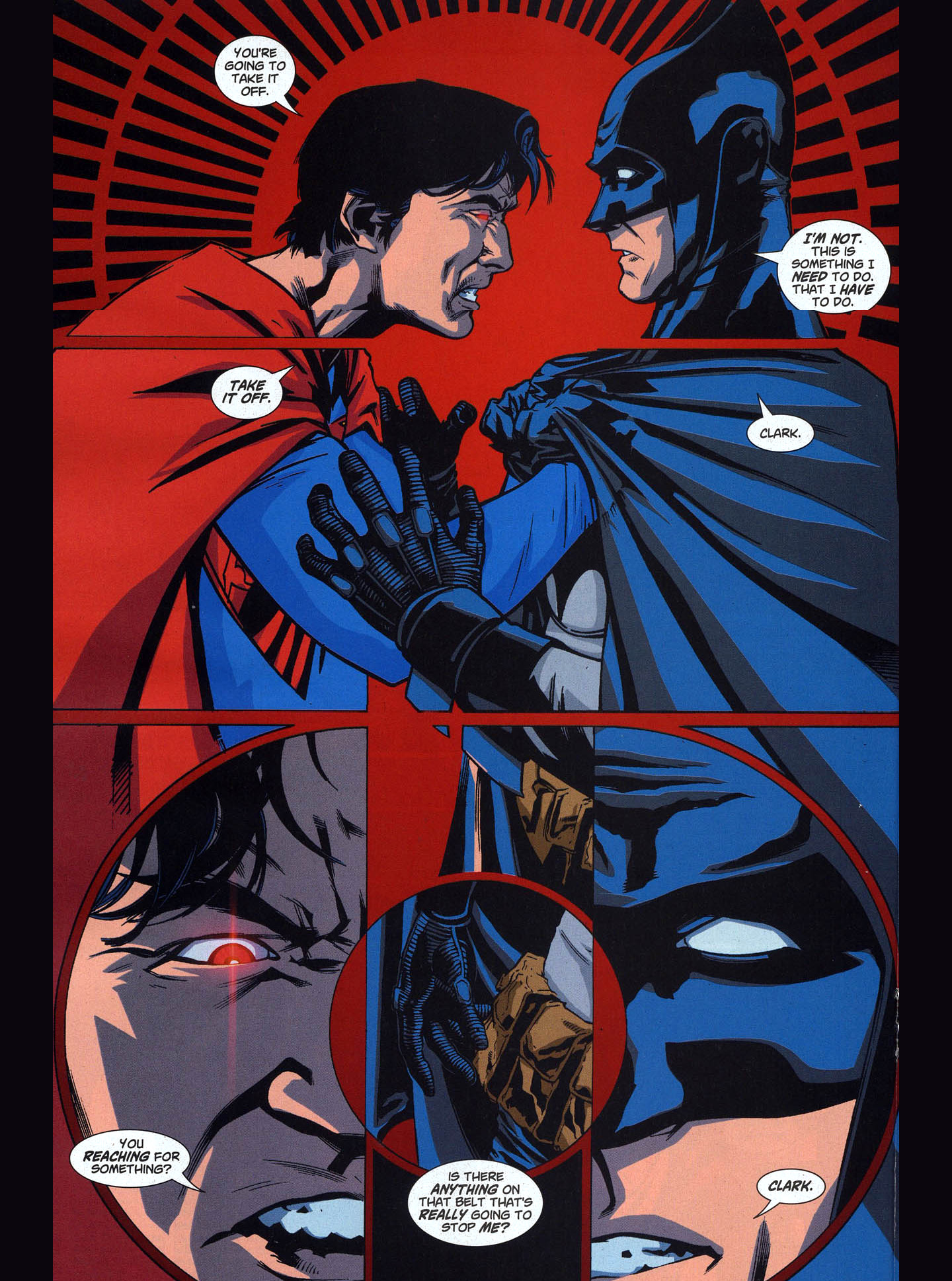 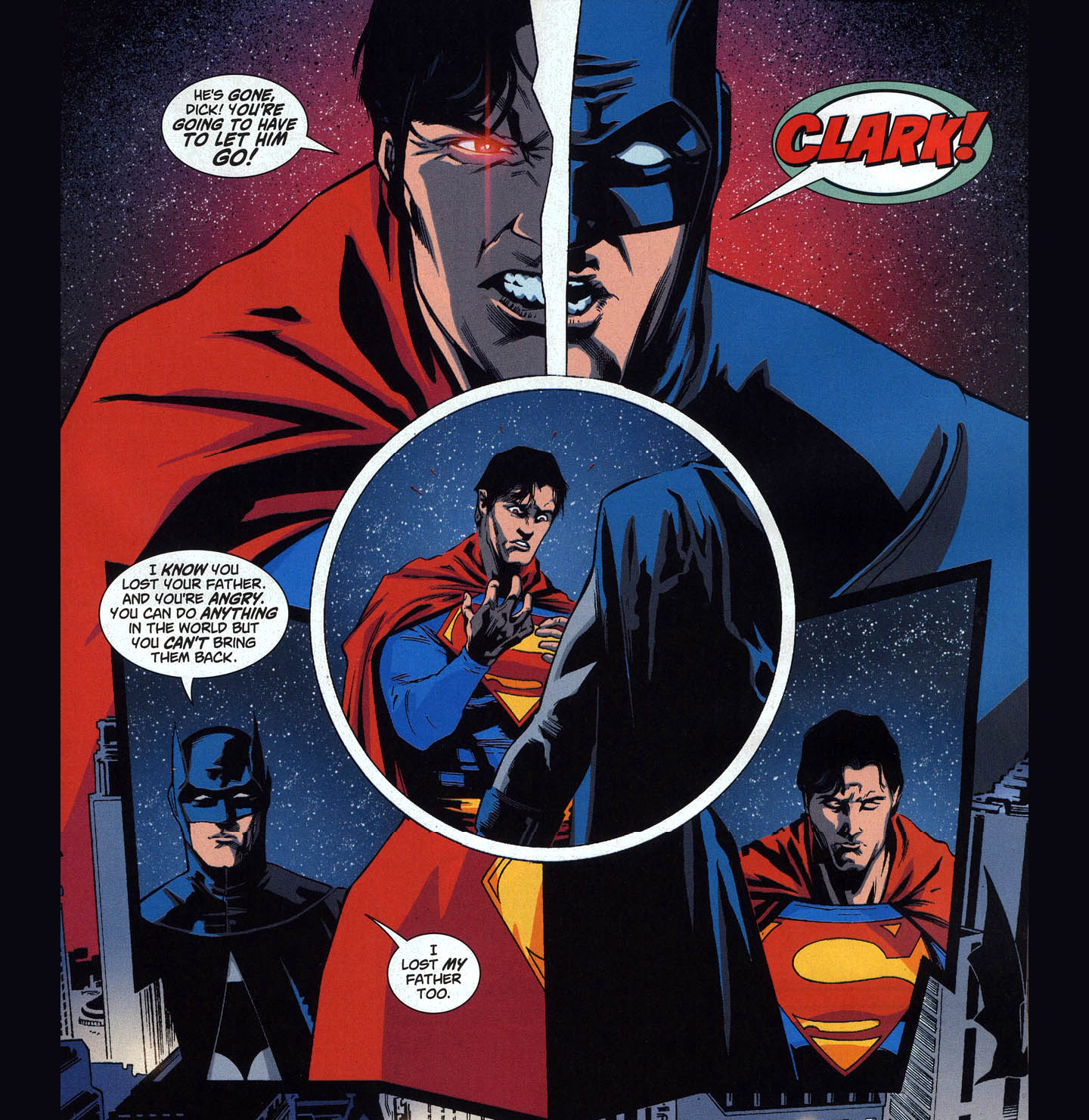 Superman: He’s gone, Dick. You’re going to have to let him go!
Batman: CLARK! I know you lost your father. And you’re angry. You can do anything in the world but you can’t bring them back. I lost my father too.