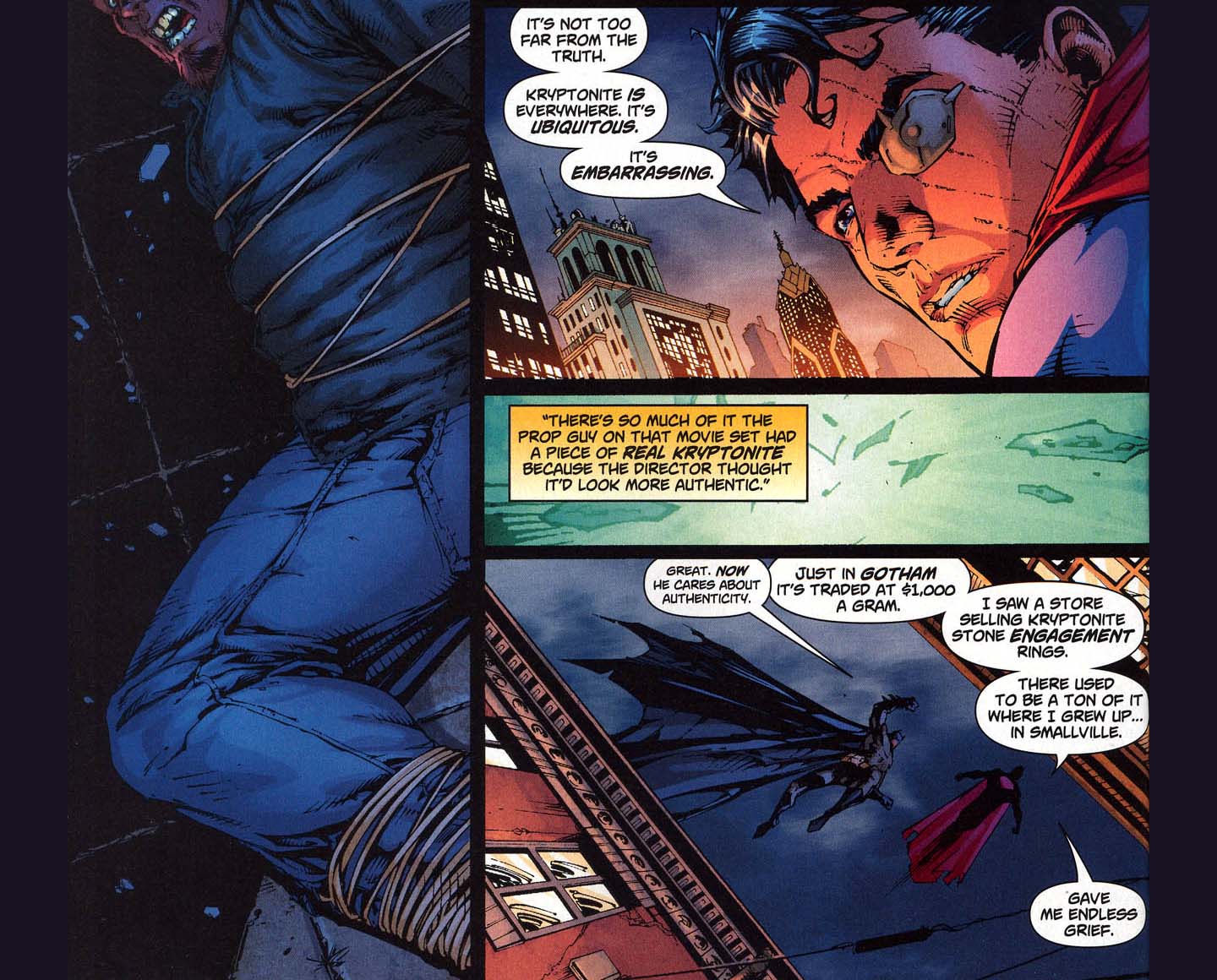 Superman: It’s not too far from the truth. Kryptonite is everywhere. It’s ubiquitous. It’s embarrassing. There’s so much of it the prop guy on that movie set had a piece of real kryptonite because the director thought it’d look more authentic.
Batman: Great. Now he cares about authenticity.
Superman: Just in Gotham it’s traded at $1,000 a gram. I saw a store selling kryptonite stone engagement rings. There used to be a ton of it where I grew up…in Smallville. Gave me endless grief. 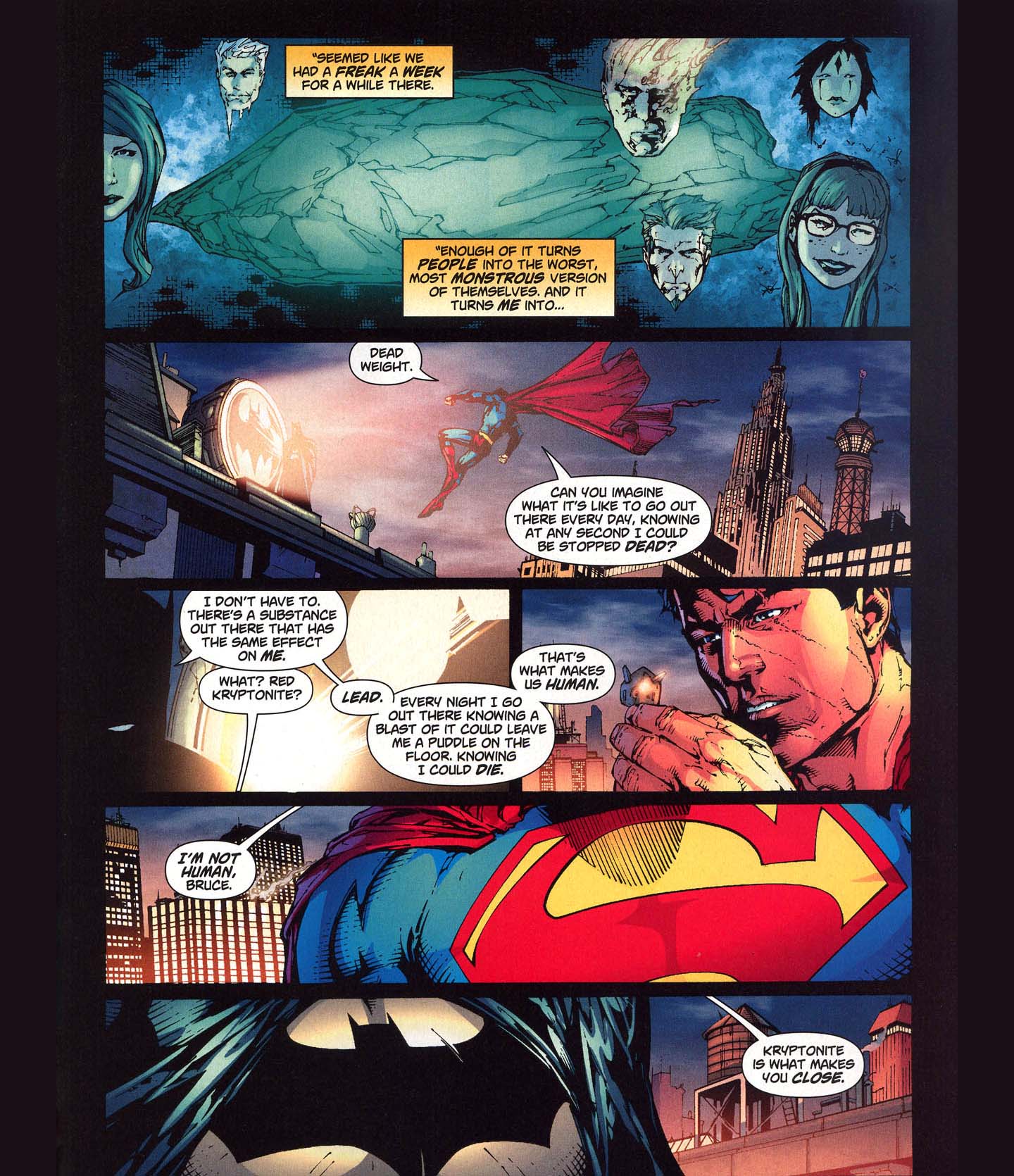 Superman: Seemed like we had a freak a week for a while there. Enough of it turns people into the worst, most monstrous version of themselves. And it turns me into… dead weight. Can you imagine what it’s like to go out there every day, knowing at any second I could be stopped dead?
Batman: I don’t have to. There’s a substance out there that has the same effect on me.
Superman: What? Red kryptonite?
Batman: Lead. Every night I go out there knowing a blast of it could leave me a puddle on the floor, knowing I could die. That’s what makes us human.
Superman: I’m not human. Bruce.
Batman: Kryptonite is what makes you close.