Parents Are Off Limits

Batman: That was incredibly stupid.
President: What??? 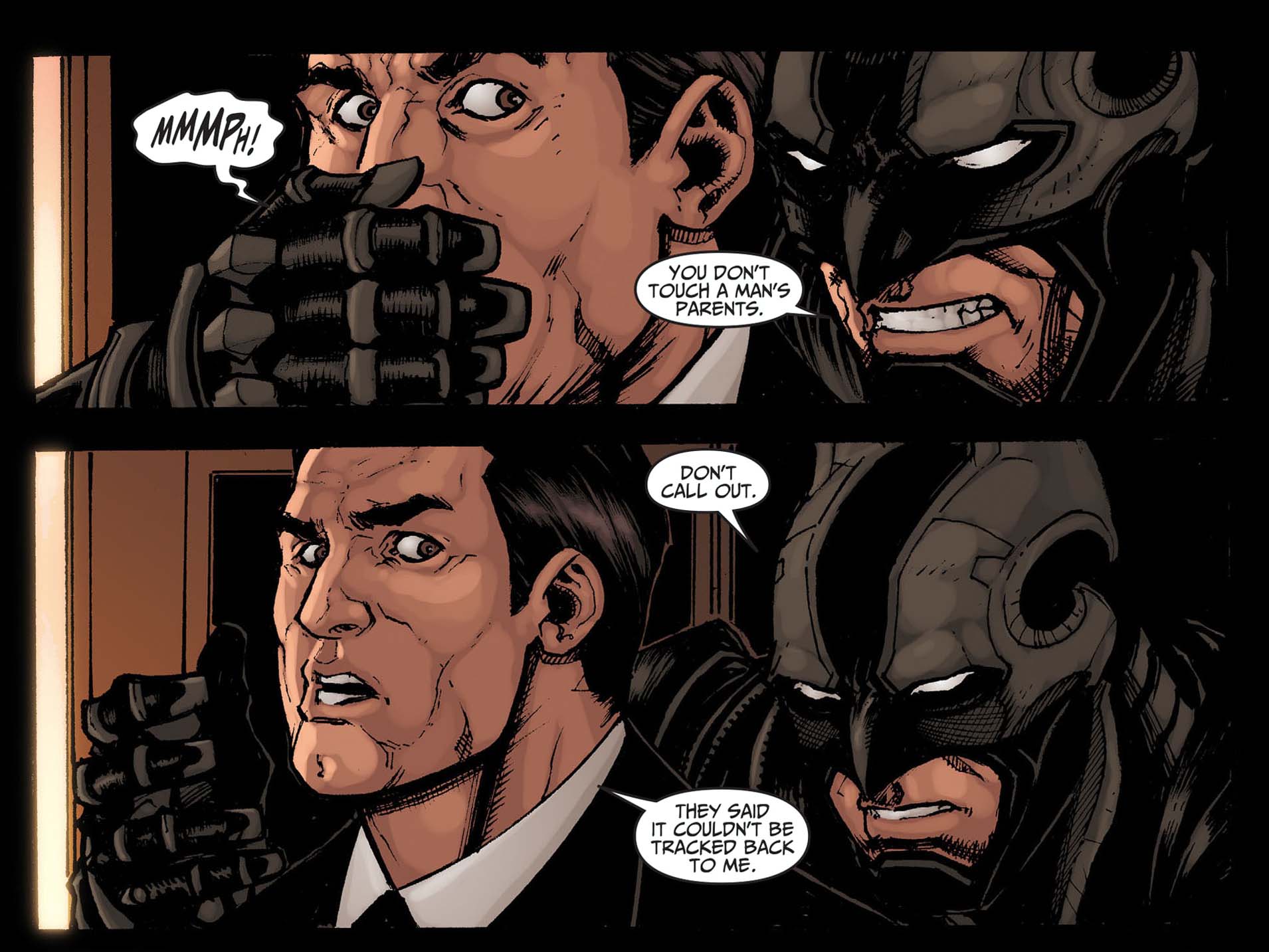 Batman: You don’t touch a man’s parents. Don’t call out.
President: They said it couldn’t be tracked back to me. 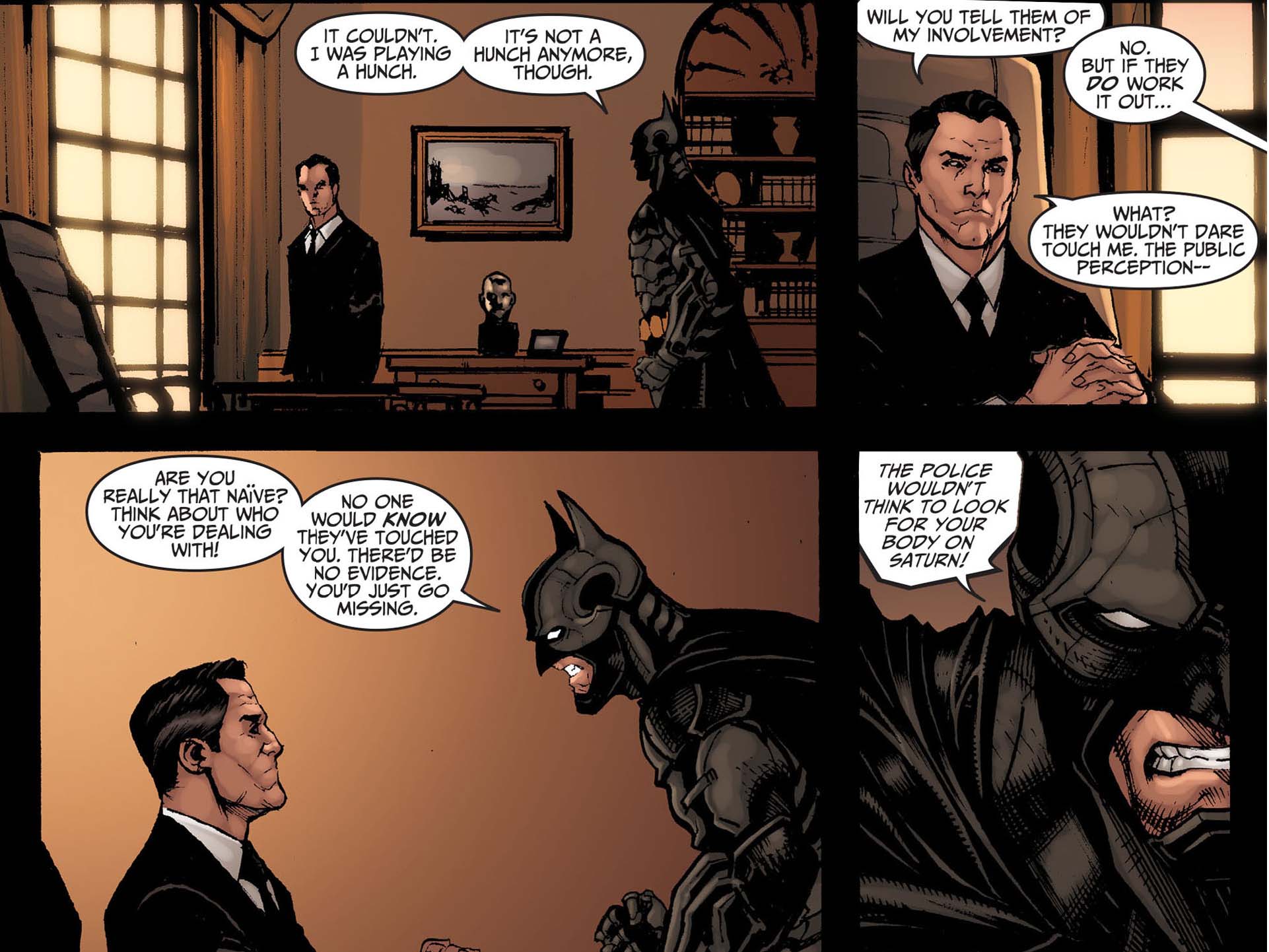 Batman: It couldn’t. I was playing a hunch. It’s not a hunch anymore though.
President: Will you tell them of my involvement?
Batman: No. But if they do work it out…
President: What? They wouldn’t dare touch me. The public perception…
Batman: Are you really that naive?  Think about who you’re dealing with! No one would know they’ve touched you. There’d be no evidence. You’d just go missing. The police wouldn’t think to look for your body on Saturn!
President:

From – Injustice Gods Among Us #08