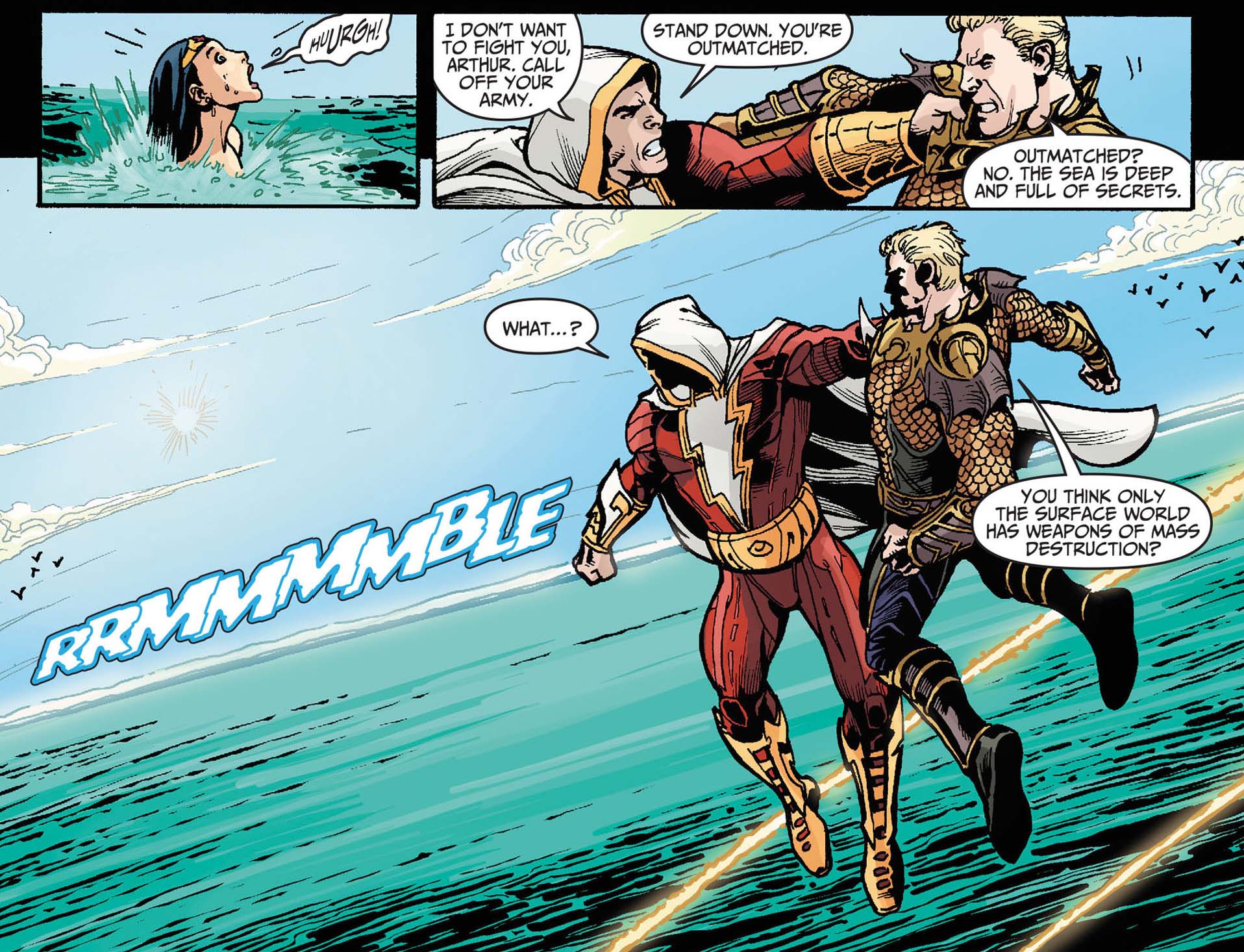 Shazam: I don’t want to fight you, Arthur. Call off your army. Stand down. You’re outmatched.
Aquaman: Outmatched? No. The sea is deep and full of secrets. 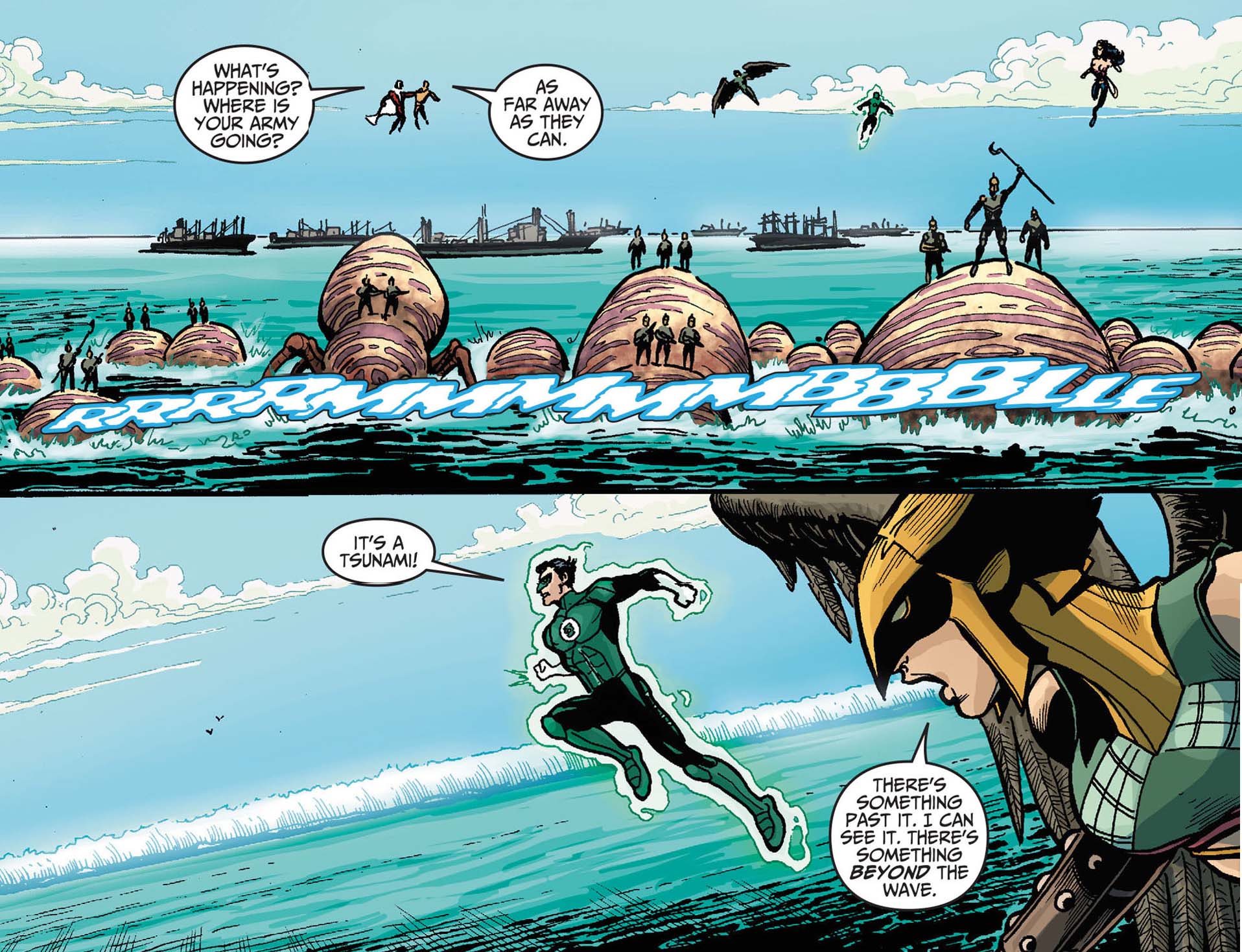 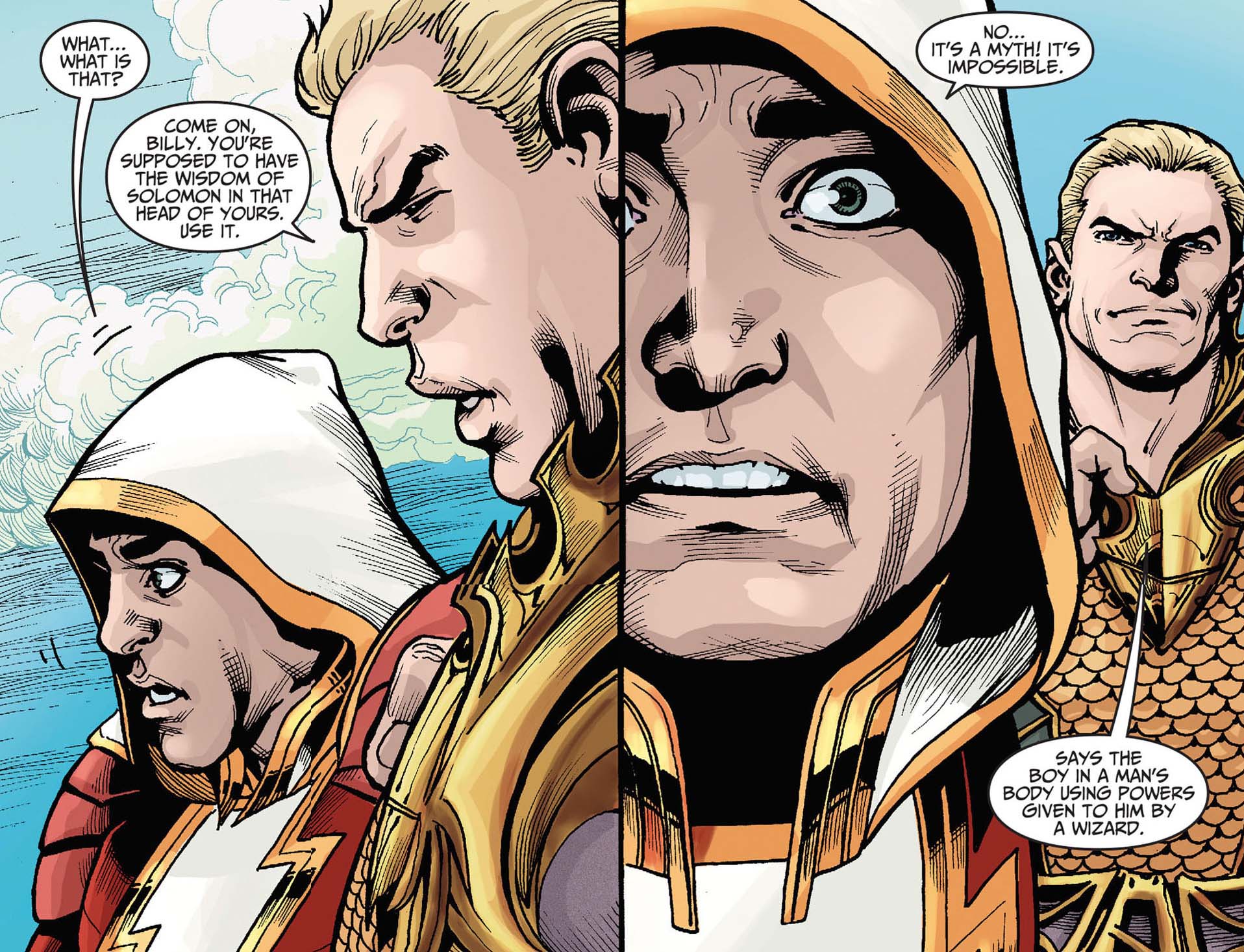 Shazam: What…What is that?
Aquaman: Come on, Billy. You’re supposed to have the wisdom of Solomon in that head of yours. Use it.
Shazam: No…It’s a myth! It’s impossible.
Aquaman: Says the boy in a man’s body using powers given to him by a wizard.

From – Injustice Gods Among Us #11