Jim Gordon Declares War On Superman (Injustice Gods Among Us) 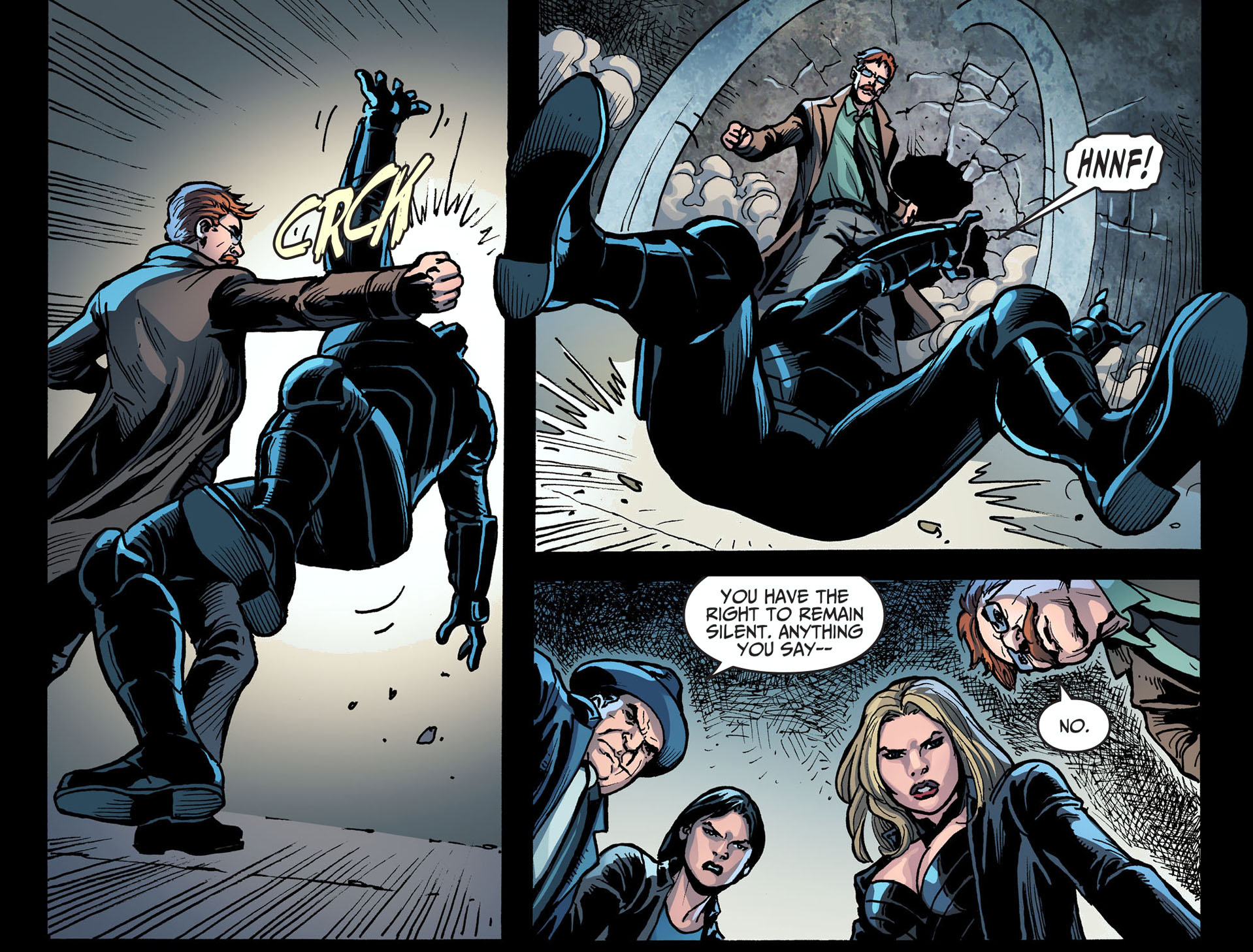 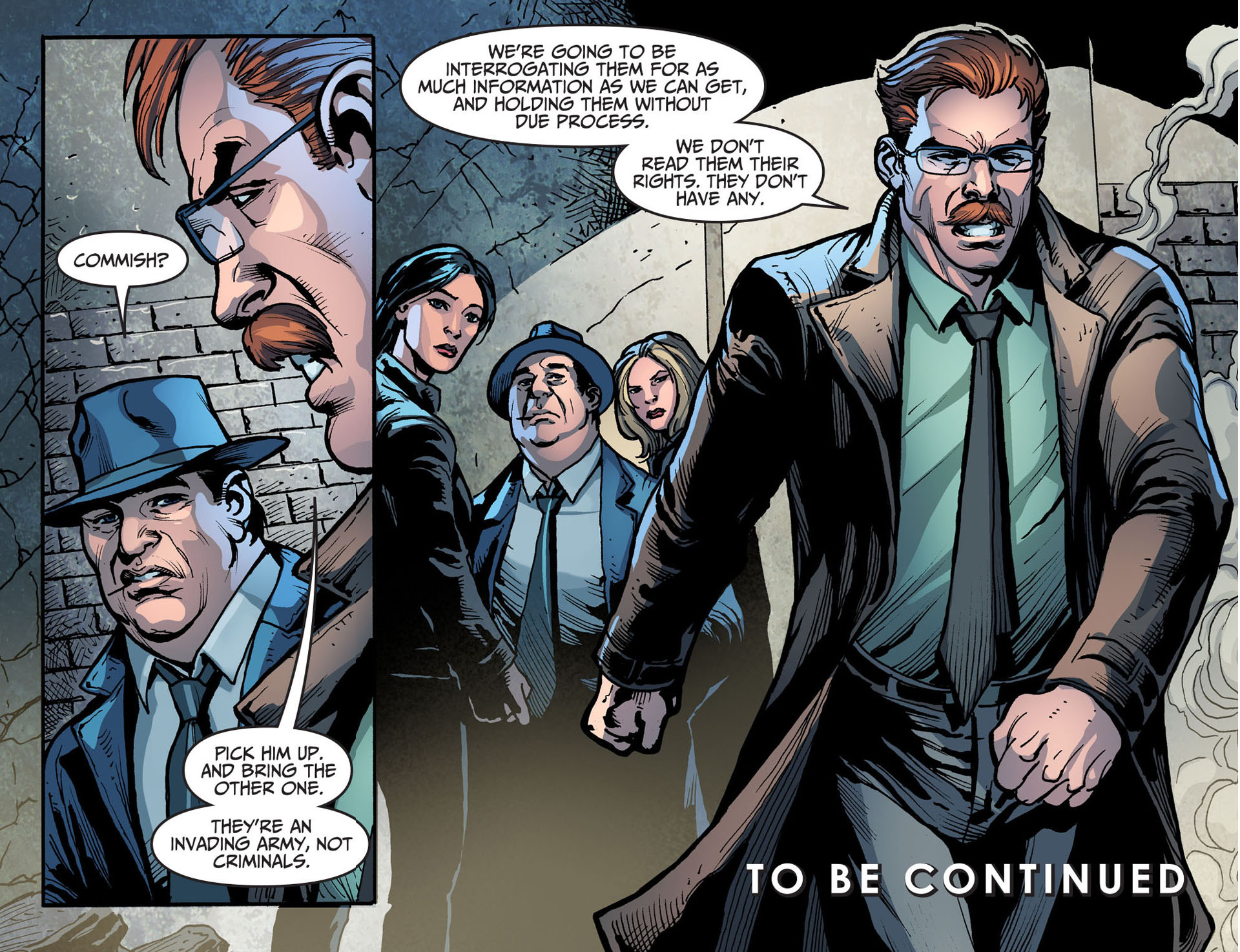 The guys in black armor are the police force Superman deployed on Gotham city. Imbued with hardened skin due to the super power pill Lex Luthor developed, they were still no match for Jim Gordon and his allies since they also took the same pill.