Wonder Woman In The New 52 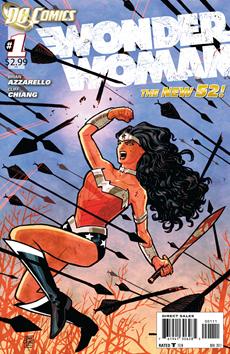 I bet I don’t have to worry about the majority knowing who Wonder Woman is? Right? Everyone? Bullet deflecting bracelets. Lasso of truth. Invisible jet. Good! Now that you know the basics, let’s learn more about our Amazonian princess. Wonder Woman is one of the most iconic characters from the DC Comics mythos and part of the much vaunted trinity (the other two being Superman and Batman, in case you didn’t know). But like the rest of the other heroes, she was not spared from the reboot known as the New 52 initiative. From her original story of being molded from clay by the Amazon queen Hippolyta then given life by the Greek gods, Wonder Woman’s new origin is that Hippolyta had an affair with the god king Zeus, which officially makes Wonder Woman a demigod.

If you’re the type who absolutely loves Greek mythology and wants it combined with superheroes, then reading the new Wonder Woman series would definitely suit you. The first 35 issues of the series was written by Brian Azzarello who, in my opinion, did an amazing job of fleshing out Wonder Woman for the next generation. His interpretation of what each Greek god looks like and how their powers manifests is simply entertaining. And if a pantheon of powerful, self-indulgent gods warring with each other isn’t enough, there’s also a whole slew of demigods that Wonder Woman has to contend with. It seems even in the DC comics universe, Zeus can’t keep his deity pants zipped. 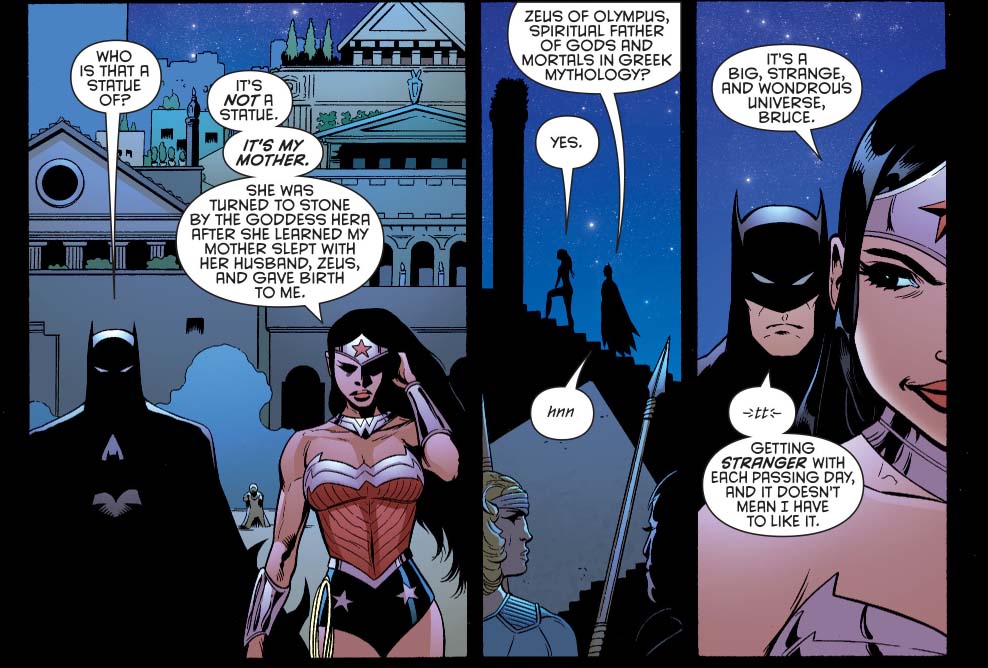 Another remarkable thing about her series is how self contained it is. In a time where comic crossovers or big events occur almost every other month, Wonder Woman’s series surprisingly doesn’t partake in any of those. It means that for a comic newbie who doesn’t want to buy or look for other unfamiliar titles just to follow the complete story, I guarantee you’ll appreciate this series. It’s just one epic tale about the Olympian gods trying to stop a prophecy: that one of Zeus’s children would kill a god to take the throne of Olympus. During all the chaos, Wonder Woman has vowed to protect the last son of Zeus, whom the other gods believe is the subject of the prophecy. Personally, it was a very enjoyable read. 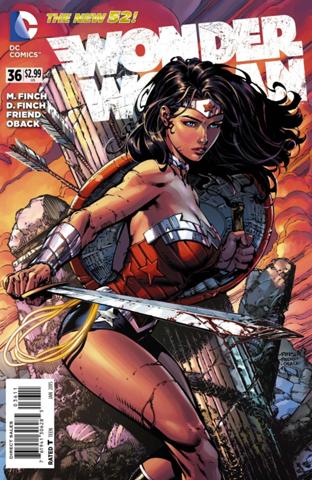 Now that the first story arc is done, Wonder Woman #36 (which came out last week) is now under the new creative team of husband and wife Meredith and David Finch. Fresh from penning the recent Forever Evil miniseries, I’m actually excited to see more of David’s work on Wonder Woman after reading issue #36. As for the writing, it’s still a bit too early to tell how good it’s going to be. But here’s what DC All Access says about Meredith’s goals:

Meredith Finch wants to delve into Wonder Woman’s psyche and really explore not only her emotional depth but also her relationship with both the Man of Steel and the Justice League.

So it looks like we’ll be seeing a lot of the Justice League and her new boyfriend in her series. Tell me that doesn’t sound like fun.