The Reason For Superman’s Costume (Earth 1) 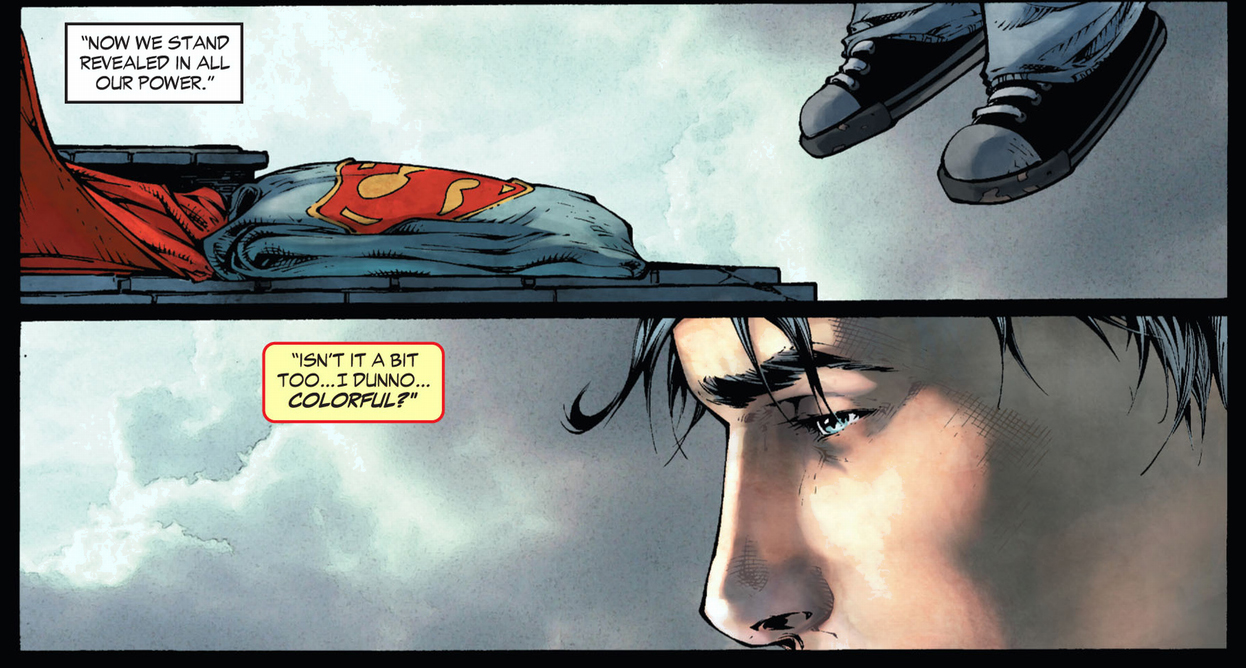 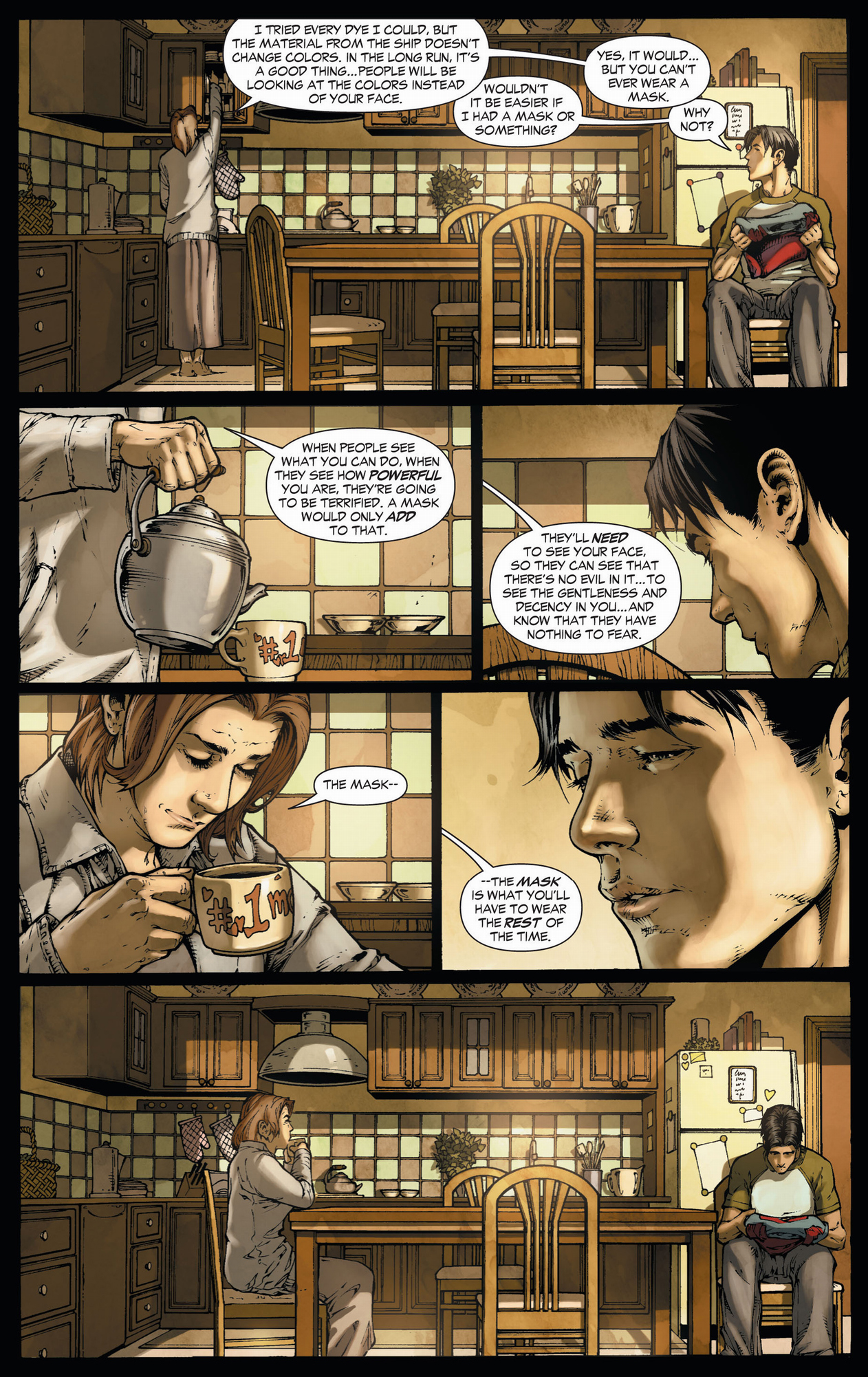 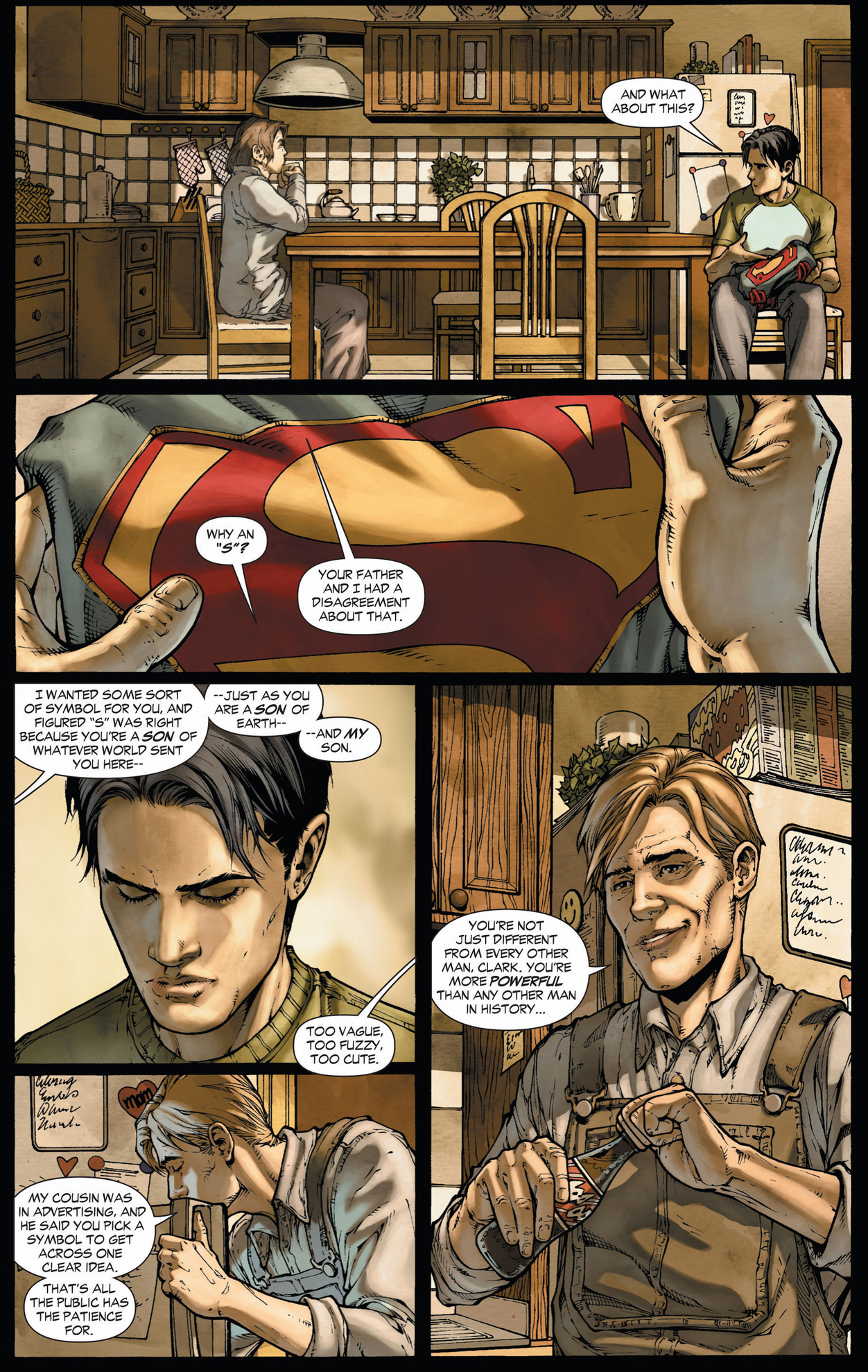 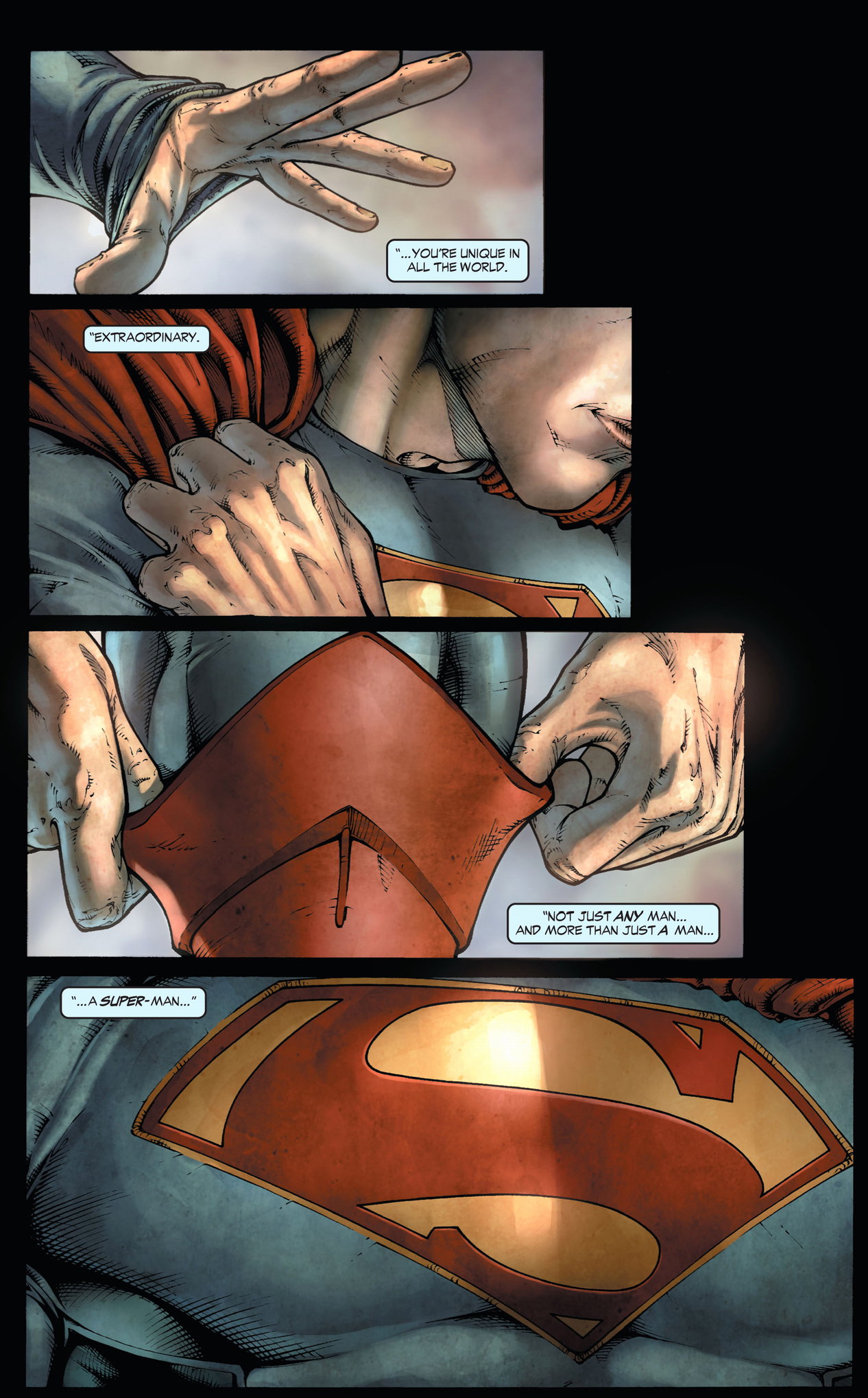 Martha Kent: I tried every dye I could, but the material from the ship doesn’t change colors. In the long run, it’s a good thing…People will be looking at the colors instead of your face.
Superman: Wouldn’t it be easier if I had a mask or something?
Martha Kent: Yes it would…But you can’t ever wear a mask.
Superman: Why not?
Martha Kent: When people see what you can do, when they see how powerful you are, they’re going to be terrified. A mask would only add to that. They’ll need to see your face, so they can see that there’s no evil in it…to see the gentleness and decency in you…and know that they have nothing to fear. The mask–the mask is what you’ll have to wear the rest of the time.
Superman: And what about this? Why an “s”?
Martha Kent: Your father and I had a disagreement about that. I wanted some sort of symbol for you, and figured “s” was right because you’re as on of whatever world sent you here–just as you are a son of Earth–and my son.
Jonathan Kent: Too vague, too fuzzy, too cute. My cousin was in advertising, and he said you pick a symbol to get across one clear idea. That’s all the public has the patience for. You’re not just different from every other man, Clark. You’re more powerful than any other man in history…You’re unique in all the world. Extraordinary. Not just any man…and more than just a man…a super-man…

3 thoughts on “The Reason For Superman’s Costume (Earth 1)”