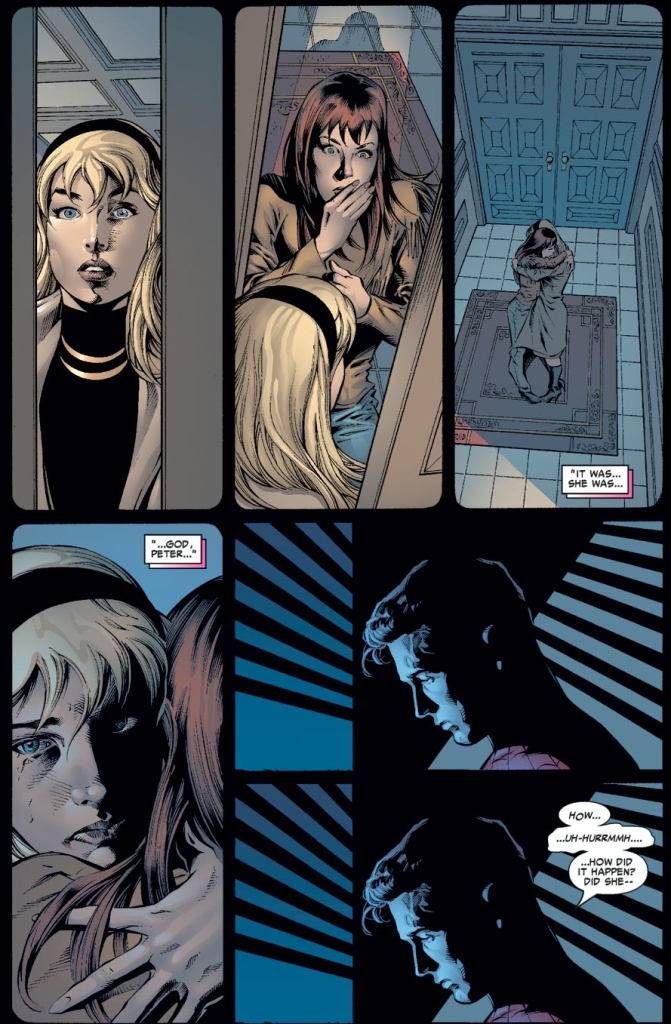 I’ve heard about this new addition to the Spider-man lore years ago and I’ve never been fully sure if it was true or not. I recall feeling disgusted and mad that they just couldn’t leave poor dead Gwen Stacy in peace and had to reinsert her again in a story line. And what a story it was! She had sex with the Green Goblin and then gave birth to twins? I was, and still am, lost for words.

Having just read the entire arc now, I realize it’s not as bad is it sounds, specifically the part where her twins grow up in an accelerated pace and swears revenge on Spider-man. Sure, it’s downright stupid if you read the story’s summary but reading the story itself is quite different. Your heart just bleeds for Peter as he tries to wrestle with this new revelation. Having said that, I’m still sore about Gwen being seduced by Norman Osborn. I can believe in magic and super powers but I draw the line at a level-headed teenager having a one night stand with her friend’s father. At least use a love potion or pheromones excuse to make it believable!