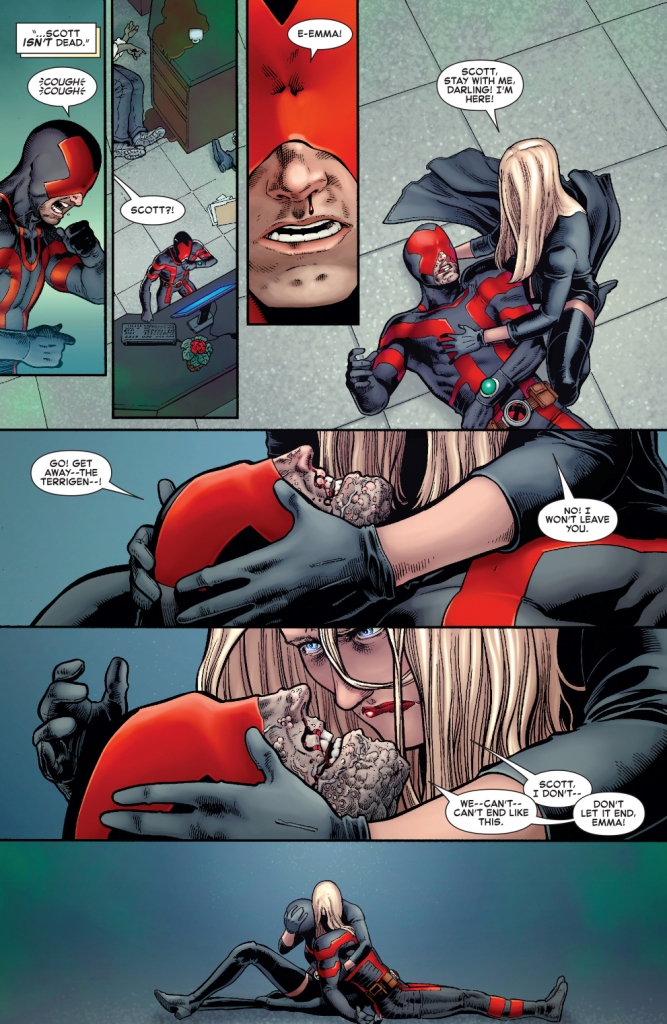 Here’s the real swerve of the mini series: it turns out Cyclops died early on and Emma Frost pulled of the biggest mind trick of all time by convincing everyone that Cyclops was still among them.

I’m torn between hating and being in awe of this ending. I knew Cyclops was going to die in this series and it was just a matter of waiting how it came about. I was expecting it to be a full blown character assassination courtesy of Marvel since in almost everyone in their comics were remarking how evil and wrong Cyclops was in this whole mess. I then find out that Cyclops did nothing except what he’s been doing all along: saving mutant lives. And he did it without killing a single Inhuman even though it was clearly shown they had absolutely no regard for the mutant lives their terrigen mists are taking.

Emma Frost became the mvp in this series. I suppose aside from the usual “Cyclops Was Right” slogan, we’ll be seeing more of “Emma Frost Was Right” and “Ideas Never Die”.