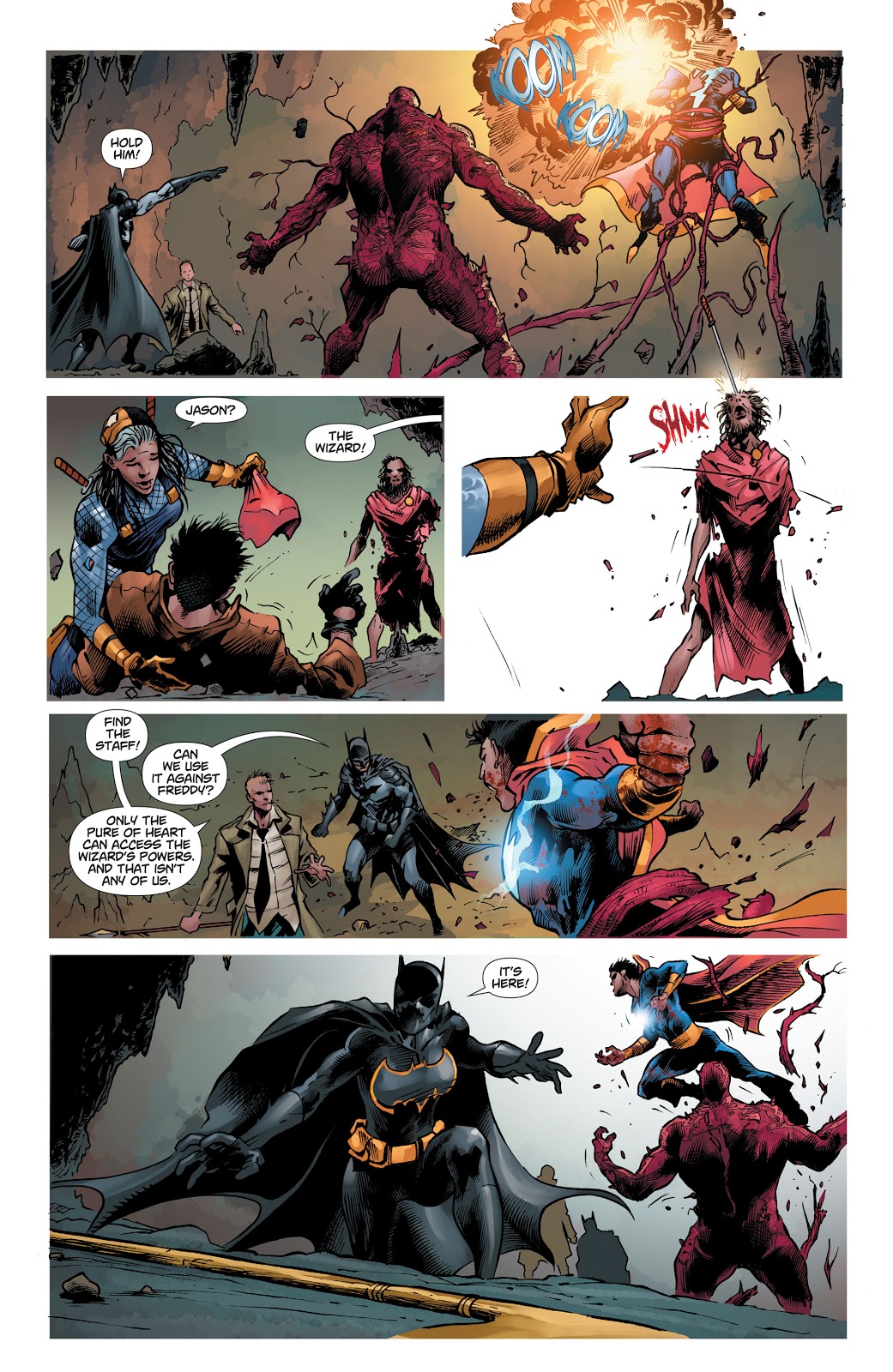 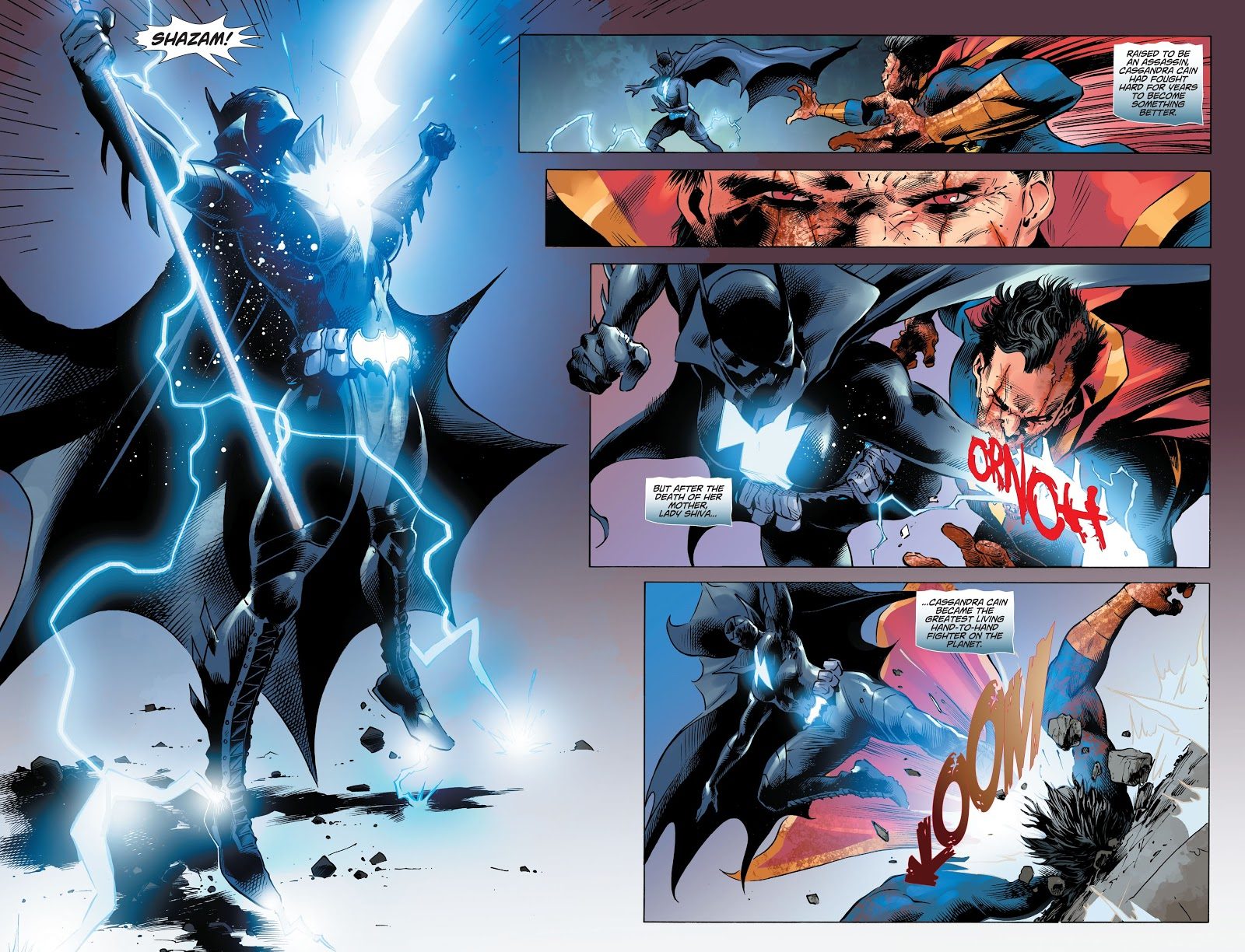 Batgirl Cassandra Cain held the Wizard’s staff and became the new Shazam, which meant she was of pure heart to wield such power.

Raised to be an assassin, Cassandra Cain had fought hard for years to become something better. But after the death of her mother, Lady Shiva… Cassandra Cain became the greatest living hand-to-hand fighter on the planet. Anti-living Captain Marvel Junior never stood a chance.