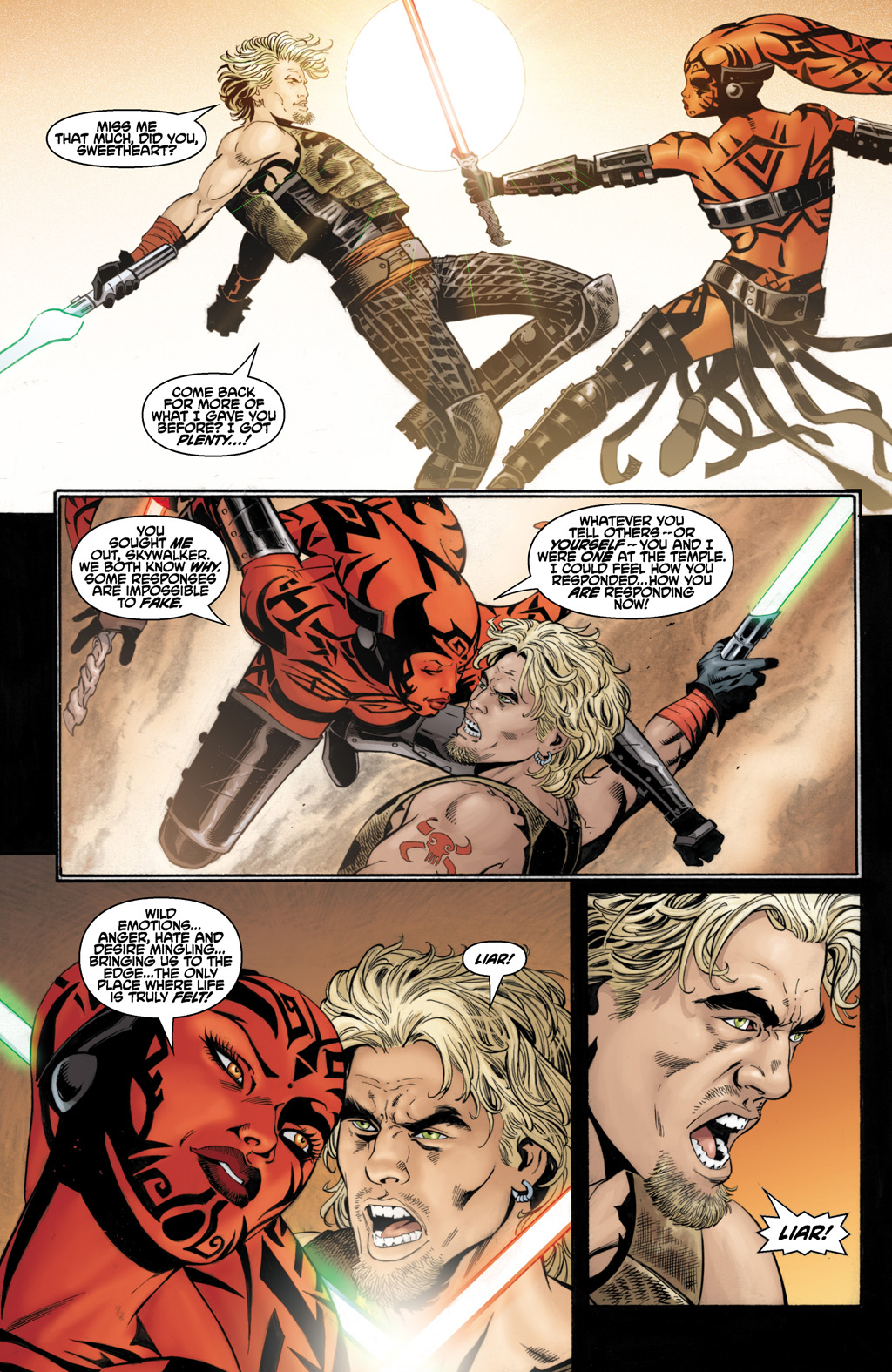 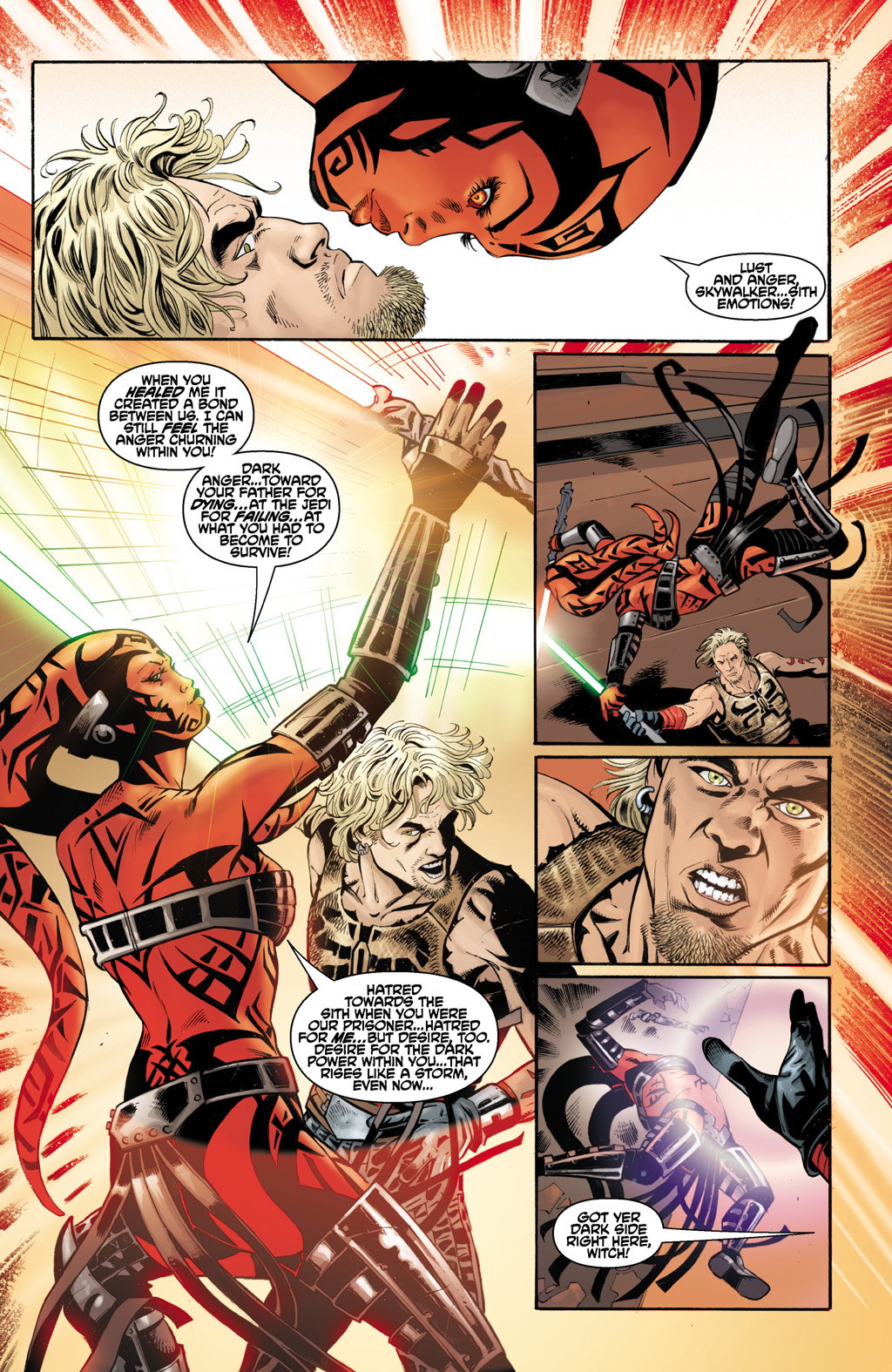 It’s a rematch between Cade Skywalker and Darth Talon. Their first fight didn’t end conclusively, as Darth Nihl stepped in and used the Force to choke Cade. In this duel, Talon tries to get into the head of Cade, reminding him of the time they slept together from when he was pretending to be a Sith. It doesn’t work as Cade easily throws her into a wall using the Force.