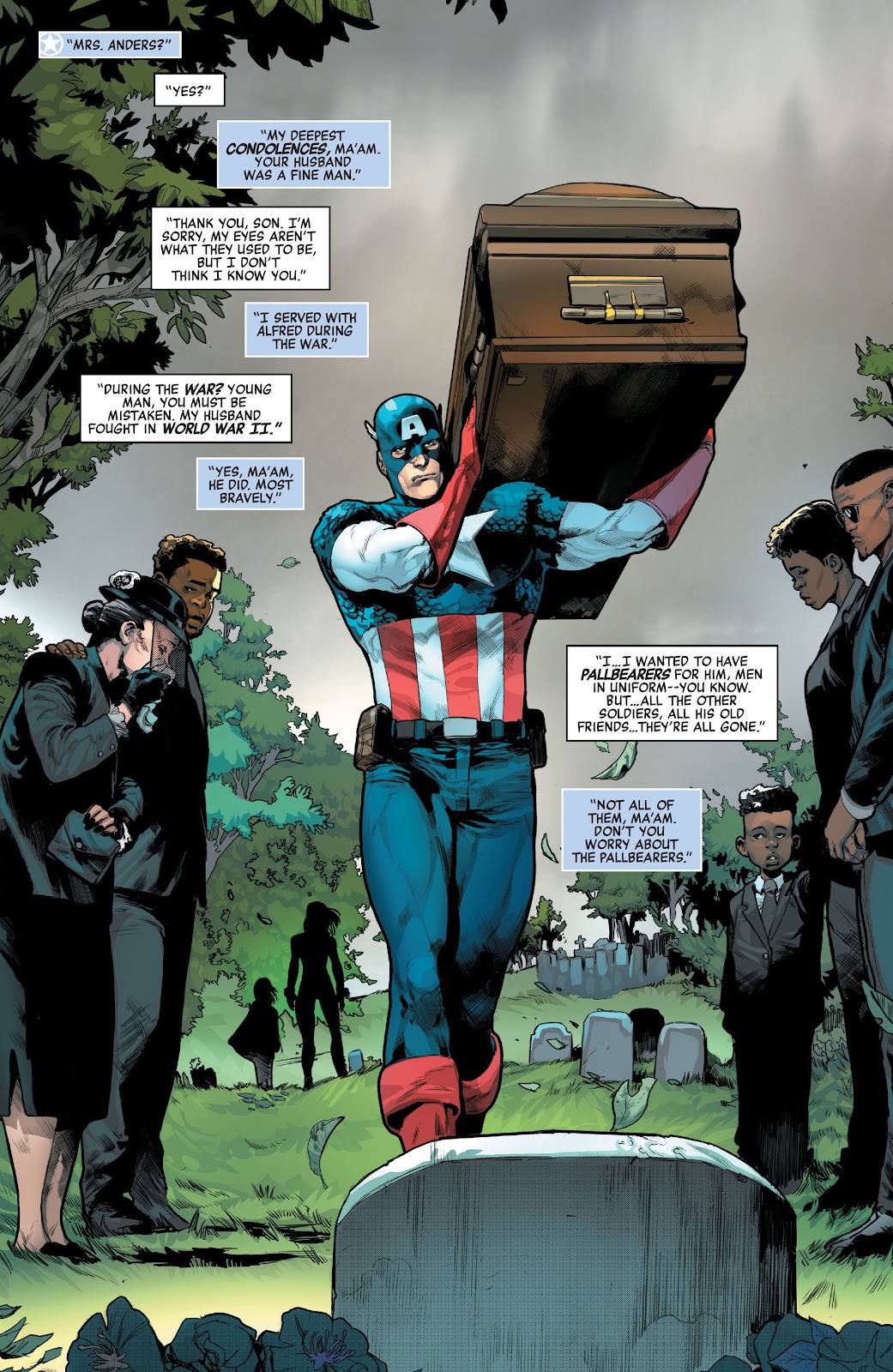 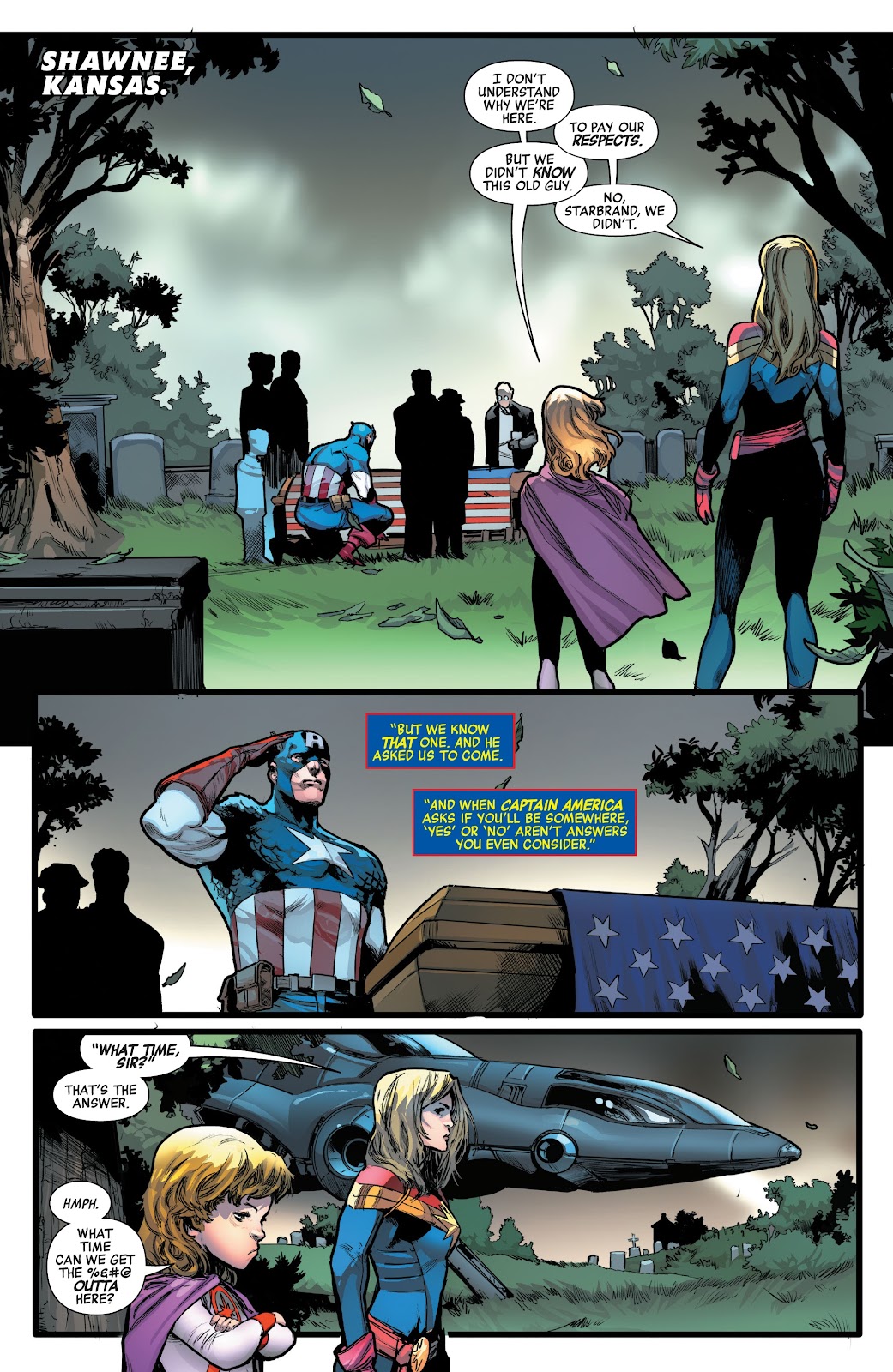 Captain America attends a funeral of a black WW2 soldier he probably served with. With no other soldiers alive from his unit, Captain America offered to stand as the pallbearer.

Starbarnd: I don’t understand why we’re here.
Captain Marvel: To pay our respects.
Starbarnd: But we didn’t know this old guy.
Captain Marvel: No, Starbrand, we didn’t. But we know that one. And he asked us to come. And when Captain America asks if you’ll be somewhere, ‘yes’ or ‘no’ aren’t answers you even consider. “What time sir?” that’s the answer.
Starbarnd: