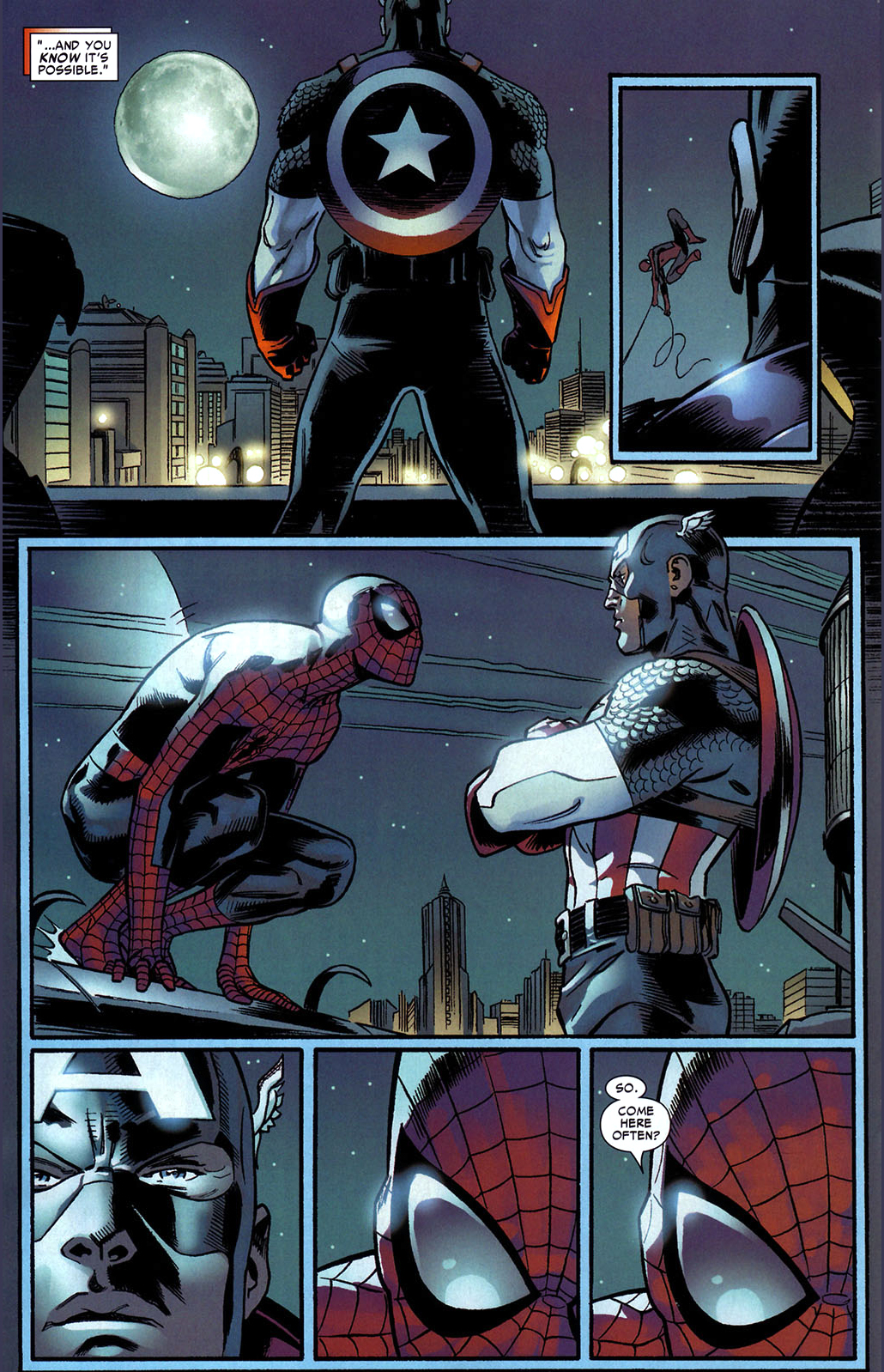 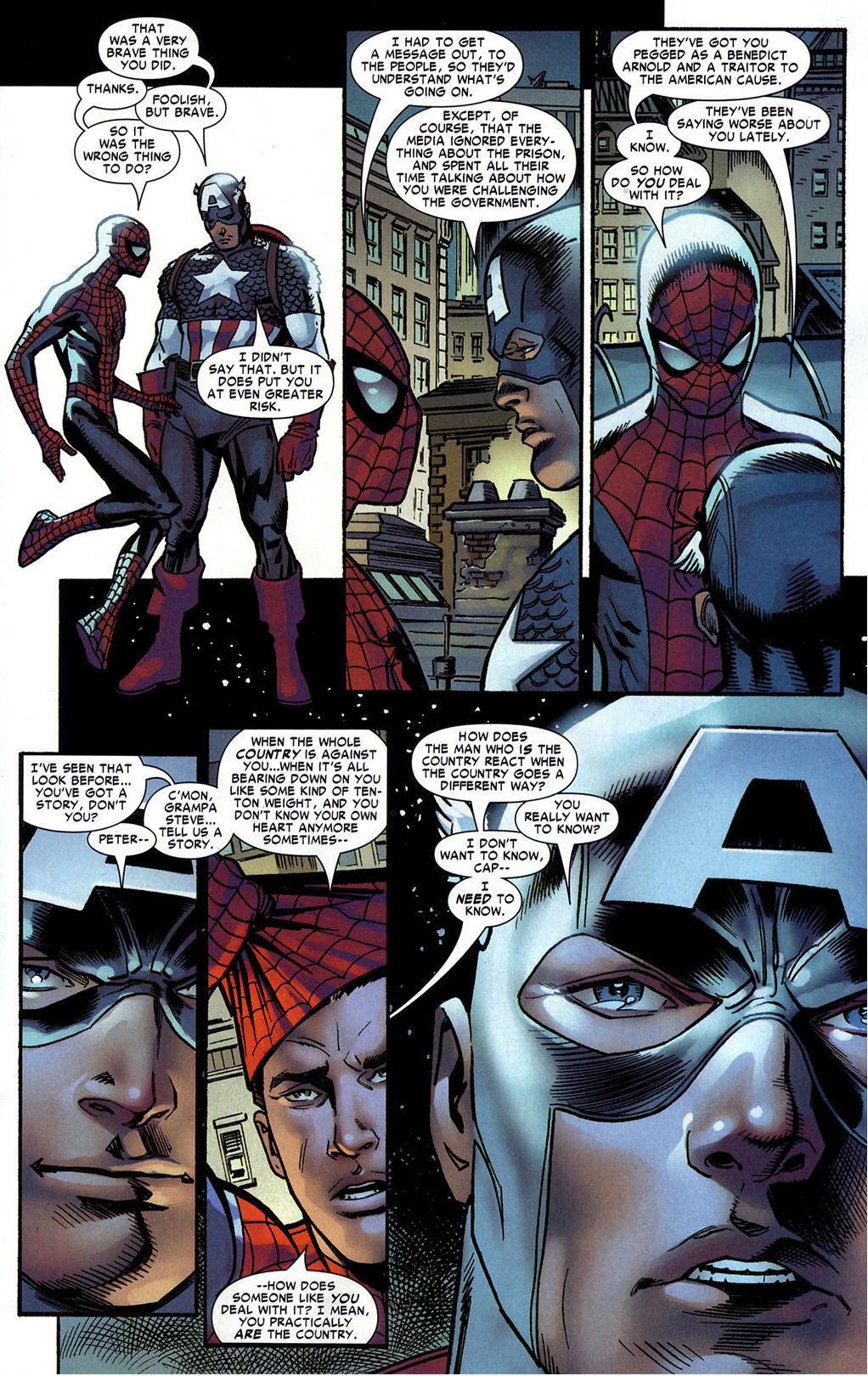 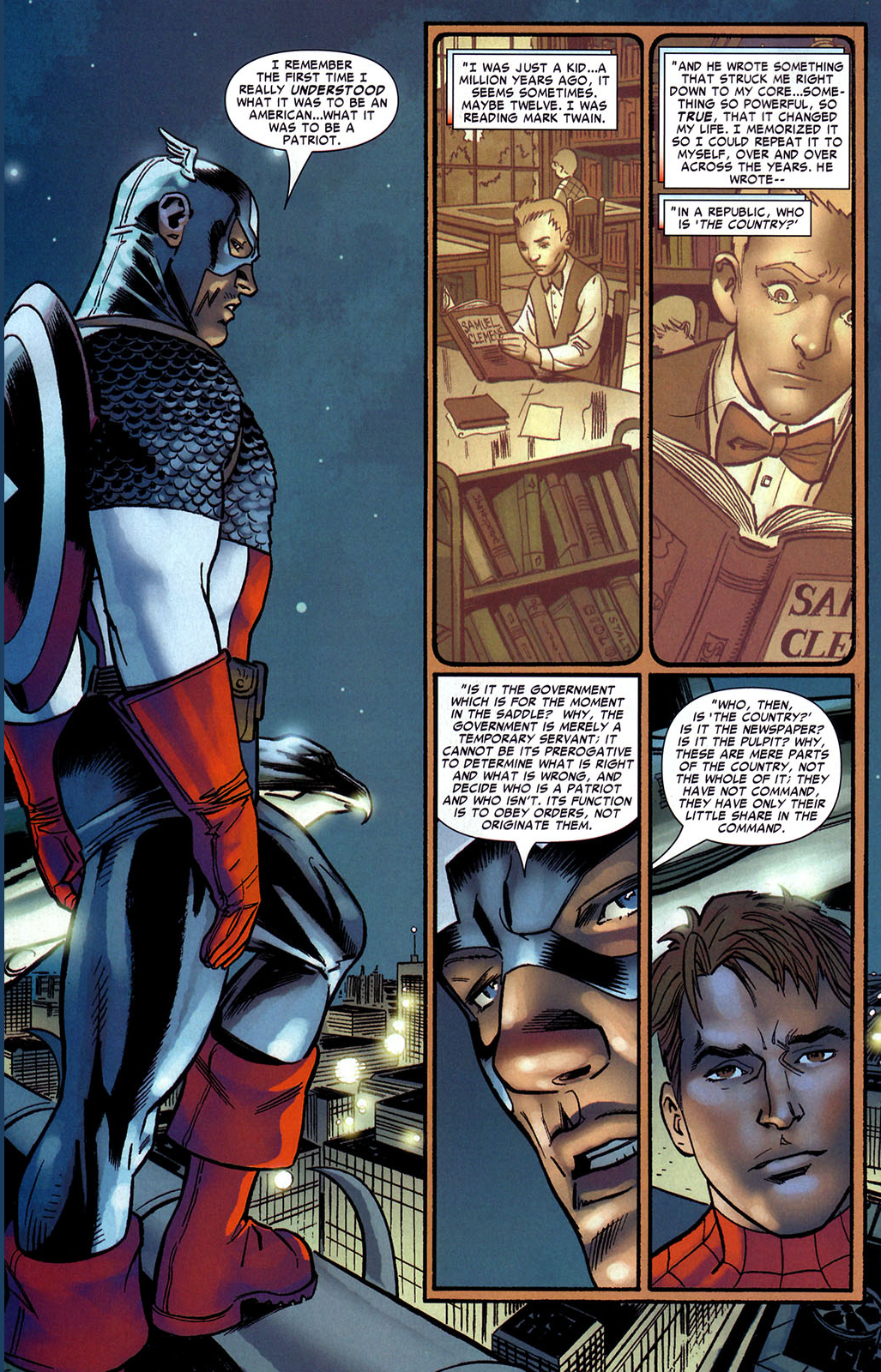 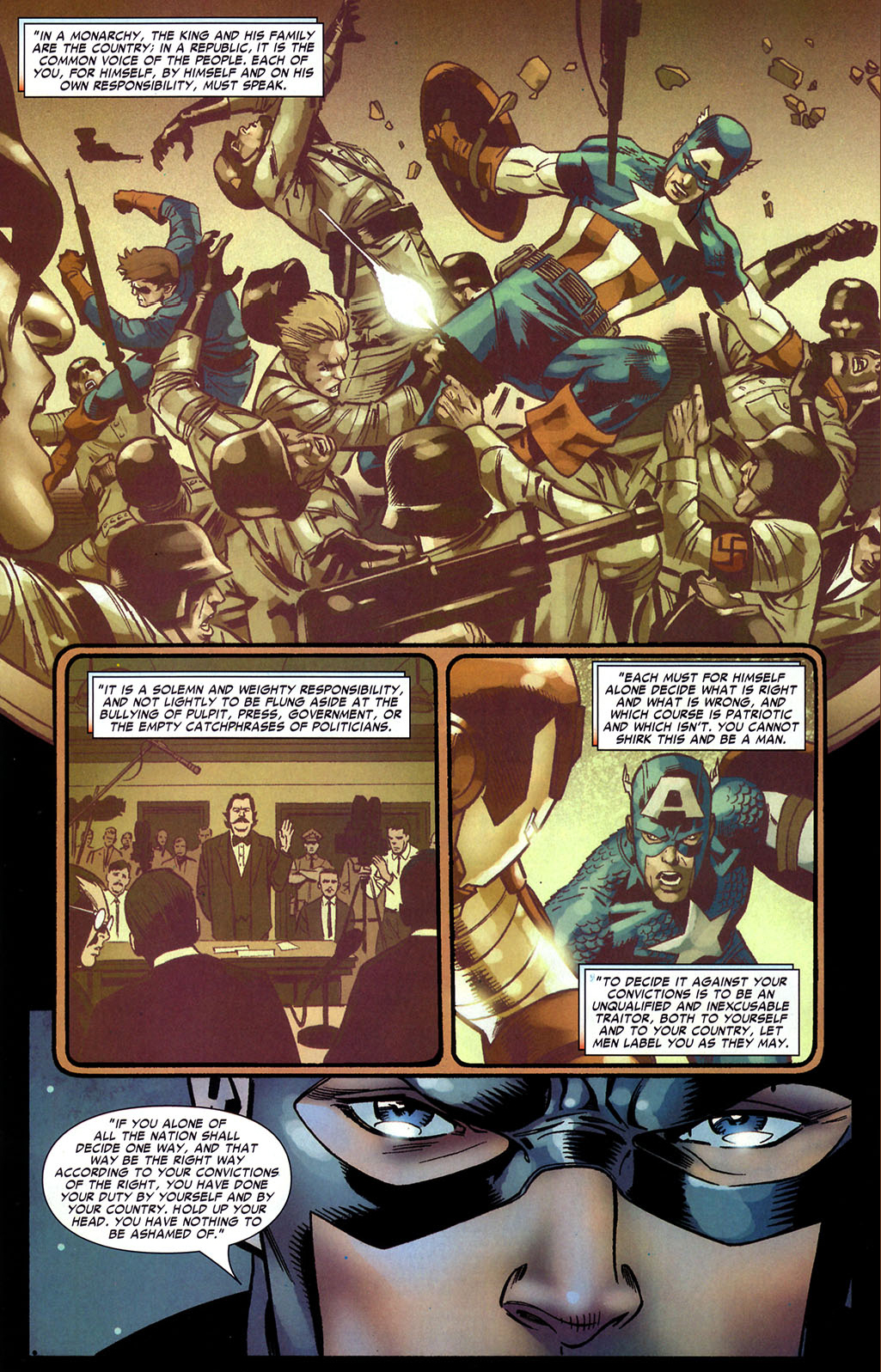 Captain America: I remember the first time I really understood what it was to be an American… What it was to be a patriot. I was just a kid… A million years ago, it seems sometimes. Maybe twelve. I was reading Mark Twain. And he wrote something that struck me right down to my core… Something so powerful, so true, that it changed my life. I memorized it so I could repeat it to myself, over and over across the years. He wrote–

“In a republic, who is ‘the country?’ Is it the government which is for the moment in the saddle? Why, the government is merely a temporary servant; it cannot be its prerogative to determine what is right and what is wrong, and decide who is a patriot and who isn’t. Its function is to obey orders, not originate them. Who, then, is ‘the country?’ Is it the newspaper? Is it the pulpit? Why, these are mere parts of the country, not the whole of it; they have not command, they have only their little share in the command. In a monarchy, the king and his family are the country; in a republic, it is the common voice of the people. Each of you, for himself, by himself and on his own responsibility, must speak. It is a solem and weighty responsibility, and not lightly to be flung aside at the bullying of pulpit, press, government, or the empty catchphrases of politicians. Each must for himself alone decide what is right and what is wrong, and which course is patriotic and which isn’t. You cannot shirk this and be a man. To decide it against your convictions is to be an unqualified and inexcusable traitor, both to yourself and to your country, let men label you as they may. If you alone of all the nation shall decide one way, and that way be the right way according to your convictions of the right, you have done your duty by yourself and by your country. Hold up your head. You have nothing to be ashamed of.” 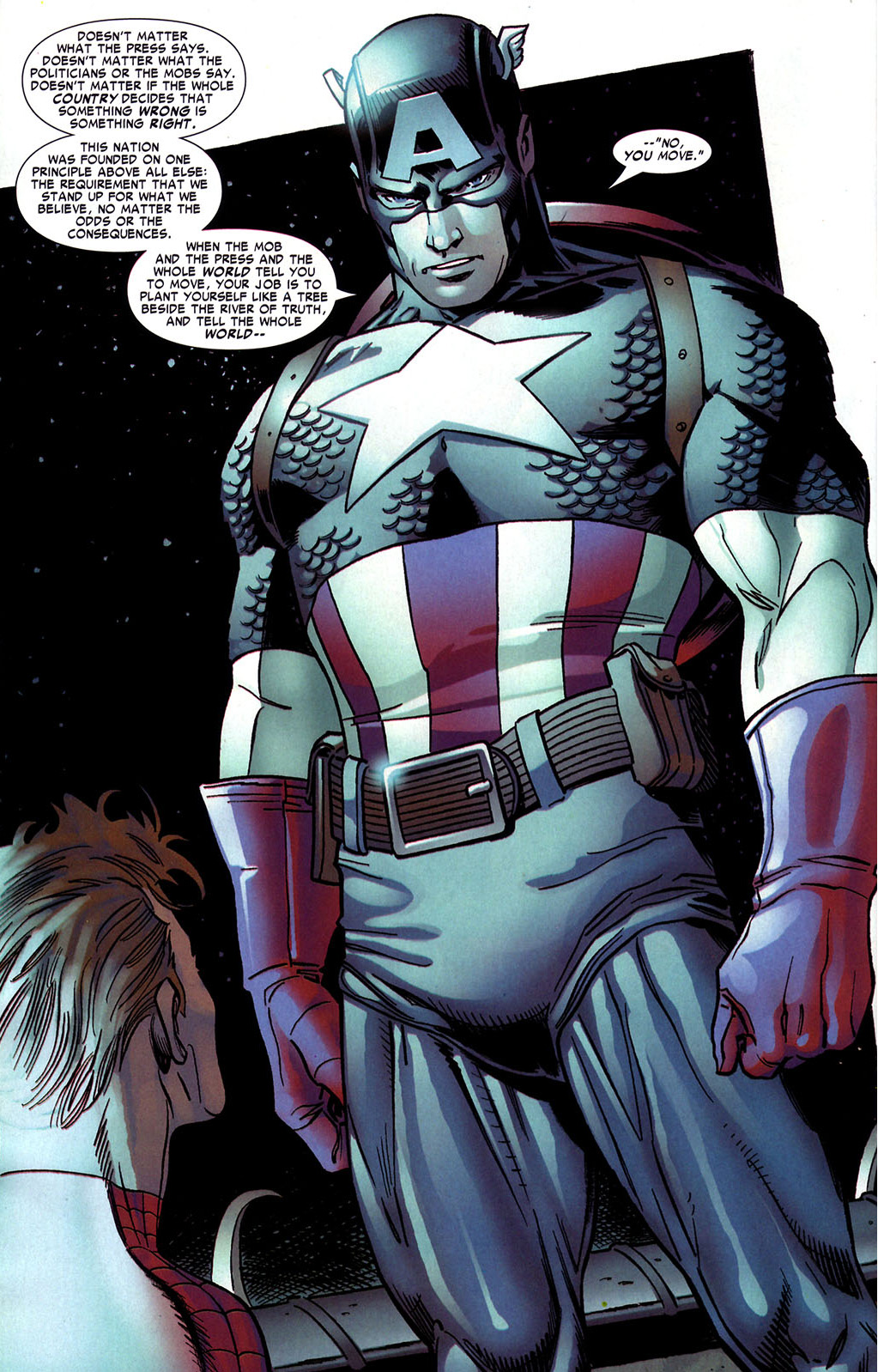 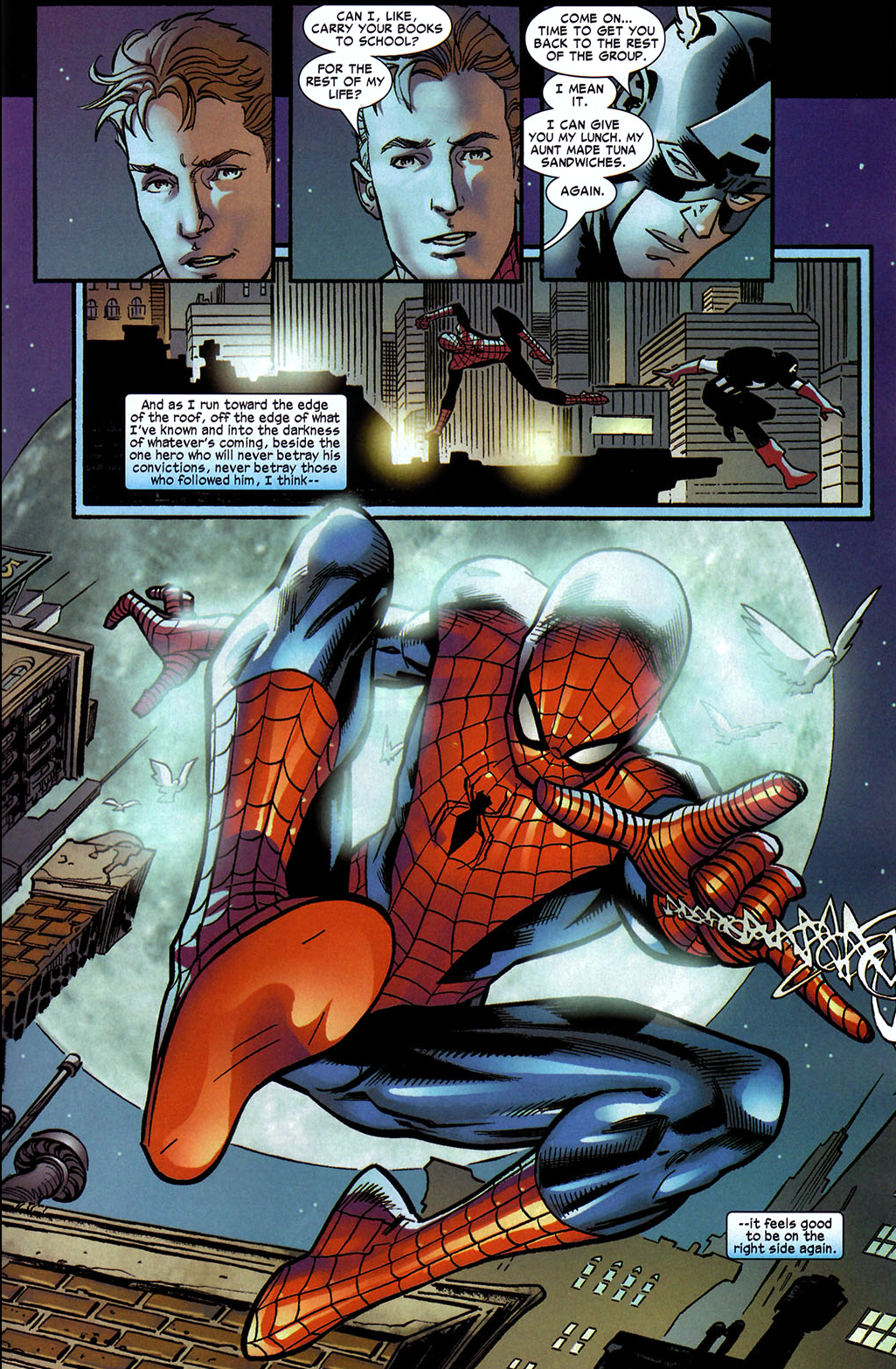