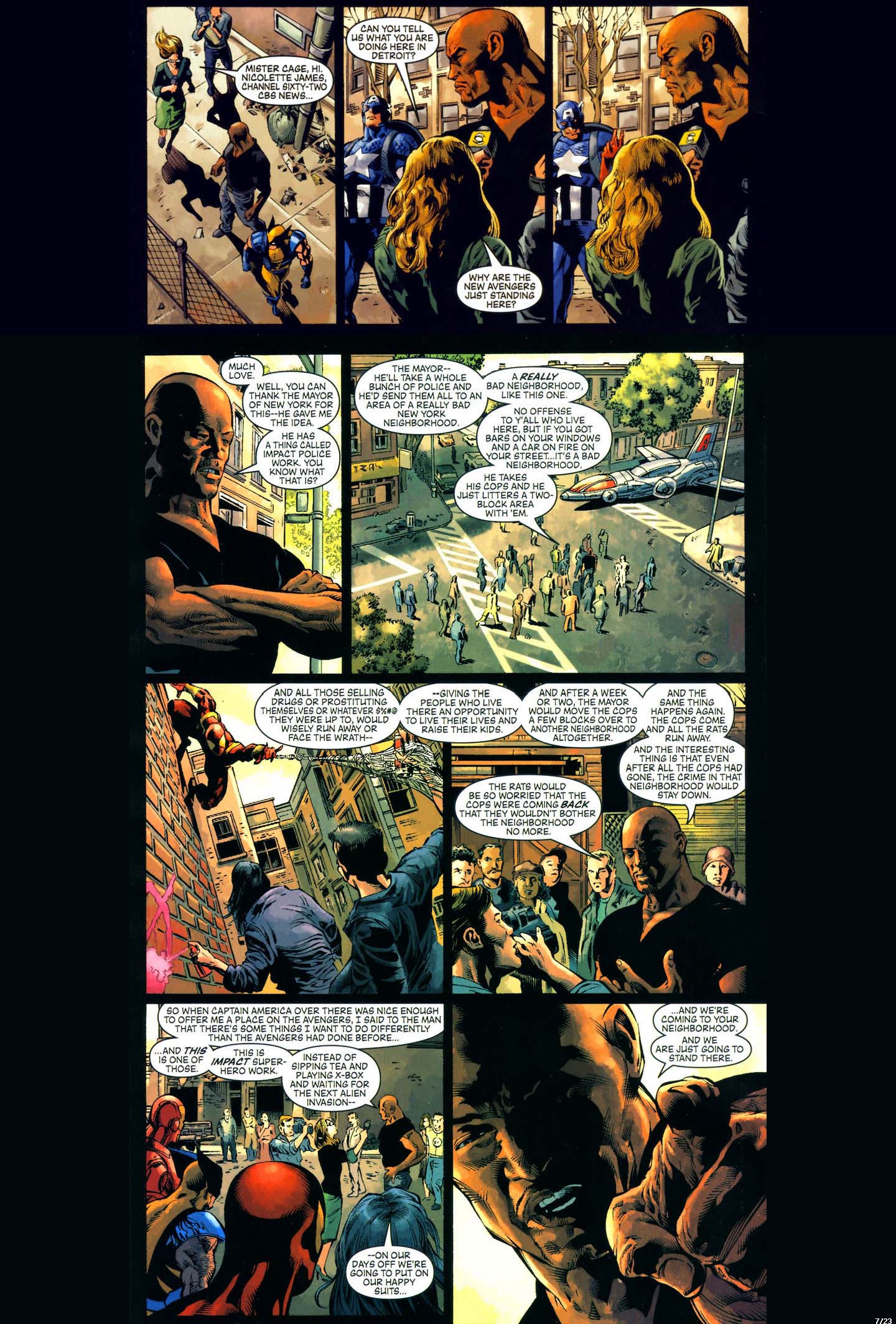 Reporter: Mister Cage, Hi. Nicolette James, Channel sixty-two CBS news… Can you tell us what you are doing here in Detroit? Why are the New Avengers just standing here?
Luke Cage: Much love. Well, you can thank the mayor of New York for this–He gave me the idea. He has a thing called impact police work. You know what that is? The mayor–He’ll take a whole bunch of police and he’d send them all to an area of a really bad New York neighborhood. A really bad neighborhood like this one. No offense to y’all who live here, but if you got bars on your windows and a car on fire on your street…It’s a bad neiborhood. He takes his cops and he just litters a two block area with ’em. And all those selling drugs or prostituting themselves or whatever $%#@ they were up to, would wisely run away or face the wrath– Giving the people who live there an opportunity to live their lives and raise their kids. And after a week or two, the mayor would move the cops a few blocks over to another neighborhood altogether. And the same thing happens again. The cops come and all the rats run away. And the interesting thing is that even after all the cops had gone, the crime in that neighborhood would stay down. So when Captain America over there was nigh enough to offer me a place on the Avengers, I said to the man that there’s some things I want to do differently than the Avengers had done before… And this isone of those. This is impact super-hero work. Instead of sipping tea and playing x-box and waiting for the next alien invasion–on our days off we’re going to put on our happy suits…and we’re coming to your neighborhood. And we are just going to stand there.

Luke Cage: And we ain’t just coming for the drug pushers and scumbags. We’re going to point out something just like that. An abandoned building being used as a crack house, sitting right next door to a damn elementary school! And we’re going to ask the guys in charge how something like that is allowed to be. And we’re going to keep on doin’ it until we embarrass them enough to do something about it. And if that don’t work, I’m gonna come back here and I’m gonna knock it down with my bare hands.