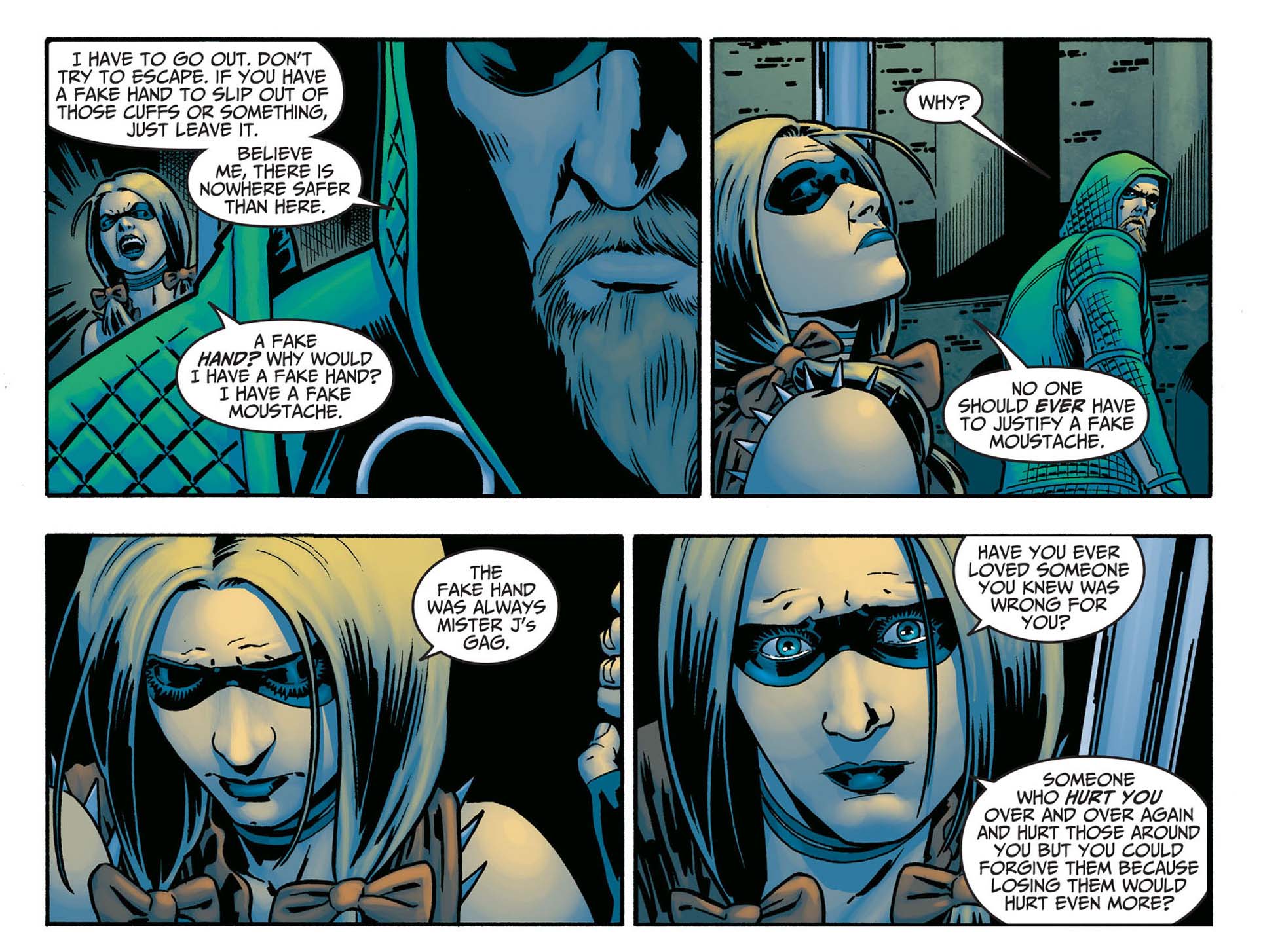 Green Arrow: I have to go out. Don’t try to escape. If you have a fake hand to slip out of those cuffs or something, just leave it. Believe me, there is nowhere safer than here.
Harley Quinn: A fake hand? Why would I have a fake hand? I have a fake moustache.
Green Arrow: Why?
Harley Quinn: No one should ever have to justify a fake moustache. The fake hand was always Mister J’s gag. Have you ever loved someone you knew was wrong for you? Someone who hurt you over and over again and hurt those around you but you could forgive them because losing them would hurt even more? 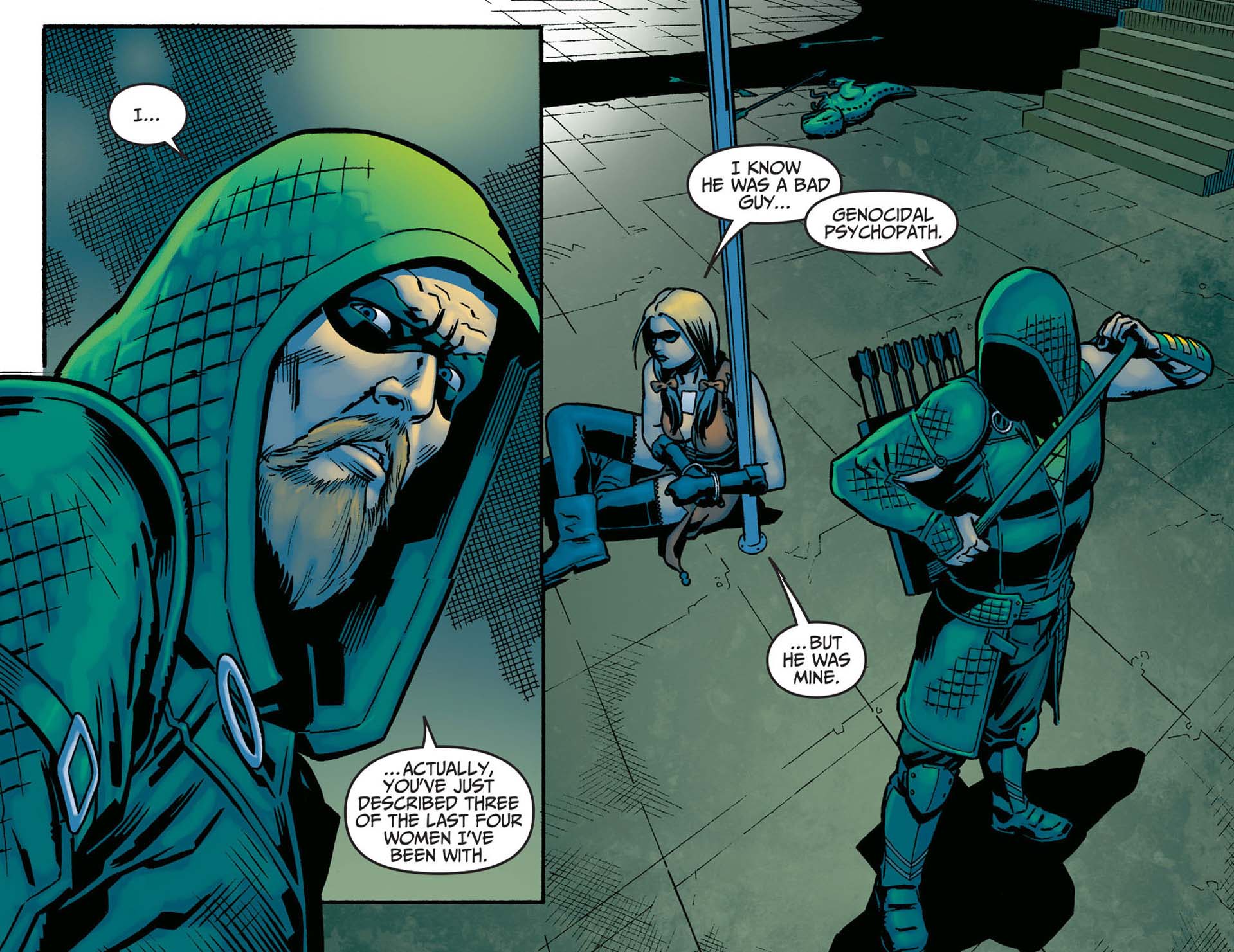 From – Injustice Gods Among Us #05