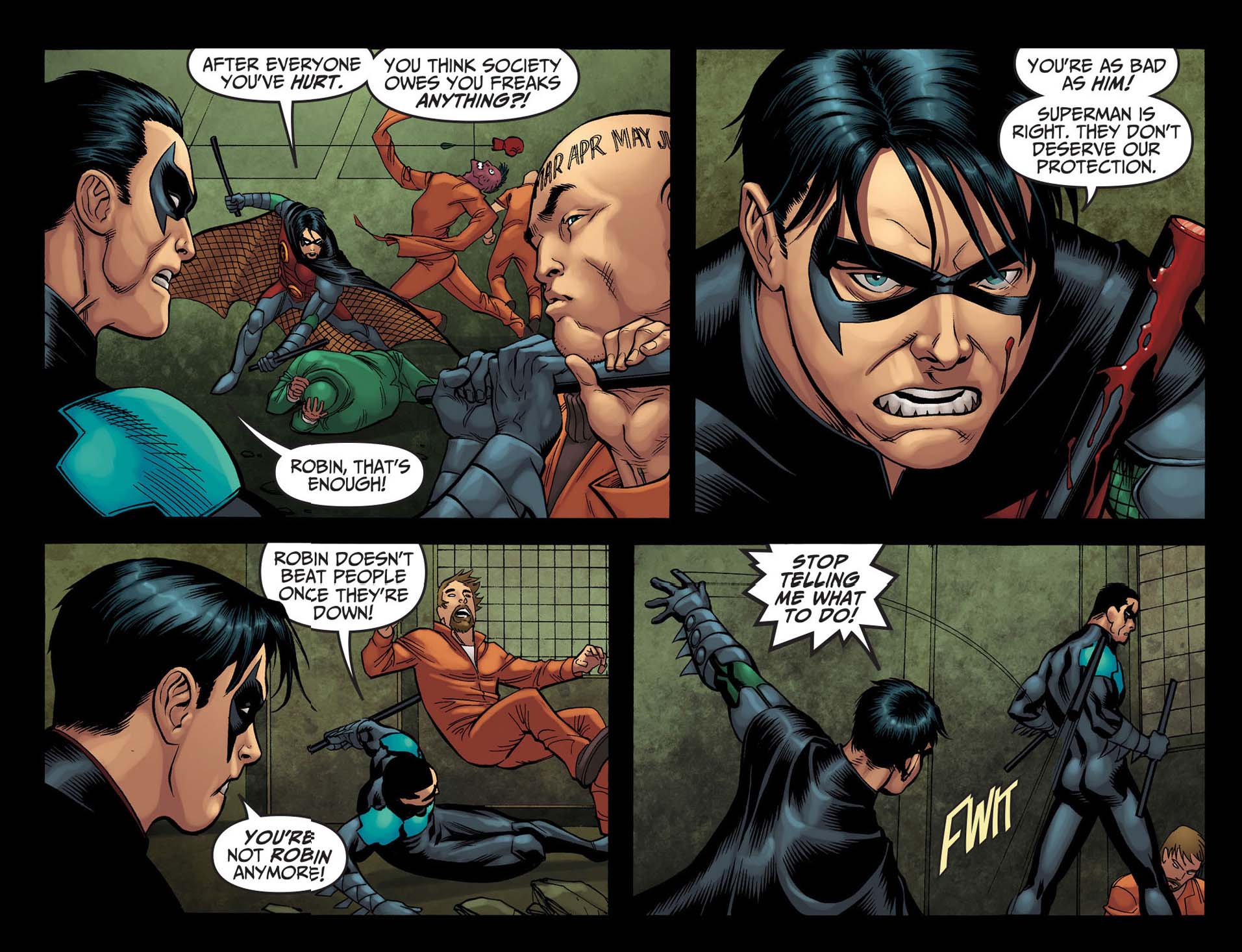 Robin: After everyone you’ve hurt. You think society owes you freaks anything?!
Nightwing: Robin, that’s enough!
Robin: You’re as bad as him! Superman is right. They don’t deserve our protection.
Nightwing: Robin doesn’t beat people once they’re down!
Robin: You’re not Robin anymore! Stop telling me what to do! 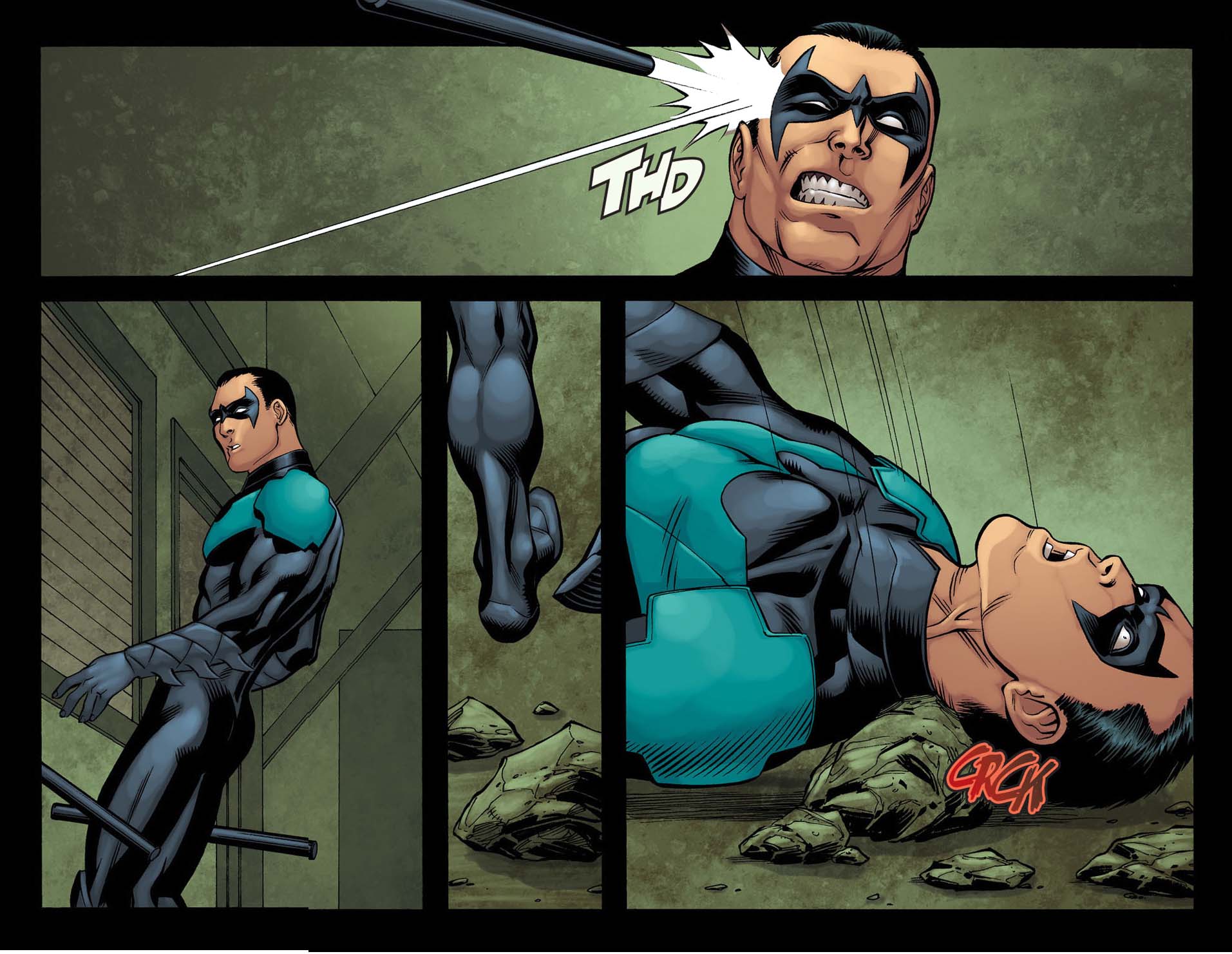 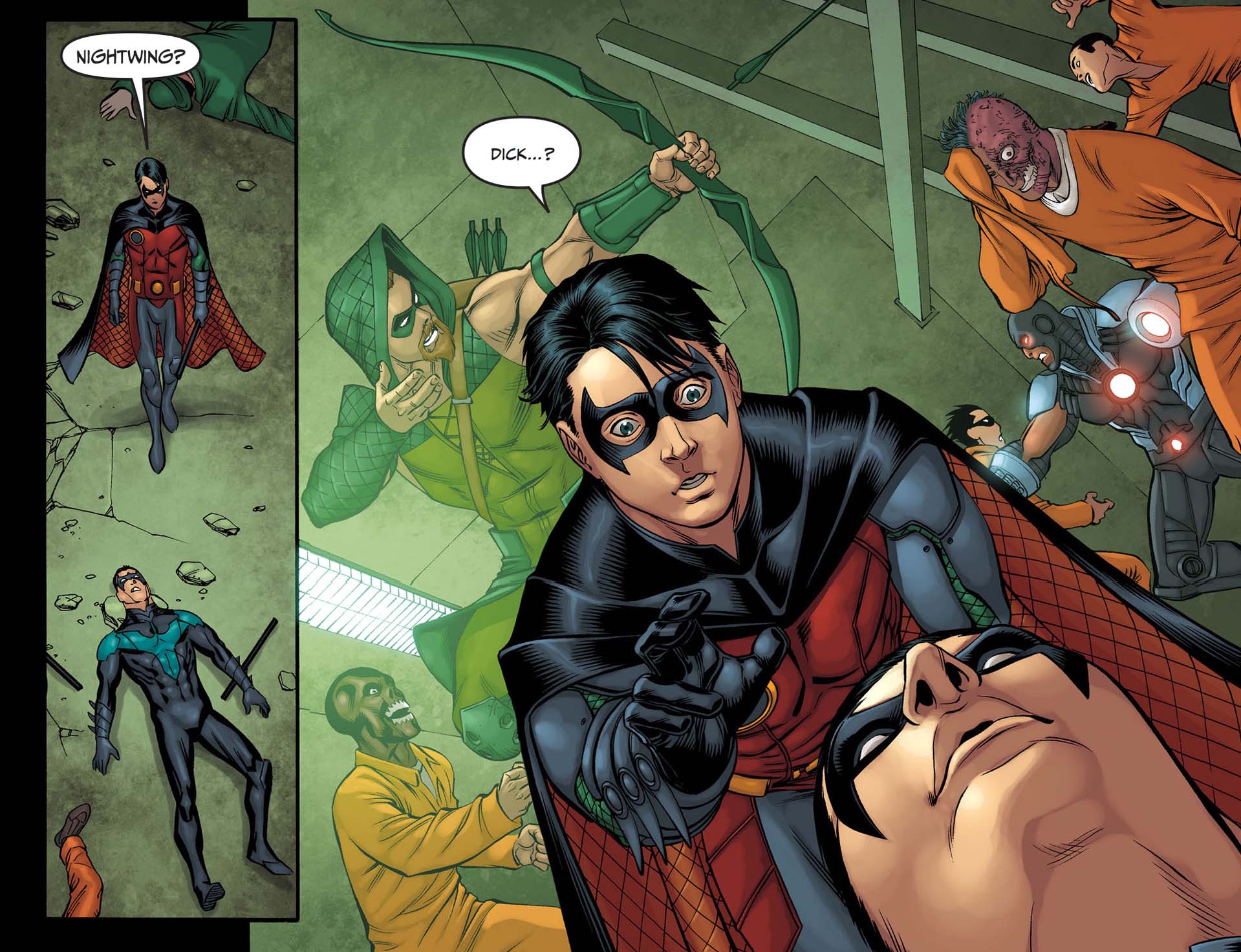 In the Injustice universe, Nightwing dies after Robin, Damian Wayne, throws a baton at him which he failed to dodged from. It hits Nightwing in the temple and knocks him out. And in the most absurd way possible, Dick Grayson dies when his neck hits a large rock, or debris, and a loud snap is heard.

From – Injustice Gods Among Us #16

3 thoughts on “Robin Kills Nightwing (Injustice Gods Among Us)”