Superman and Batman Are Scared of Talking 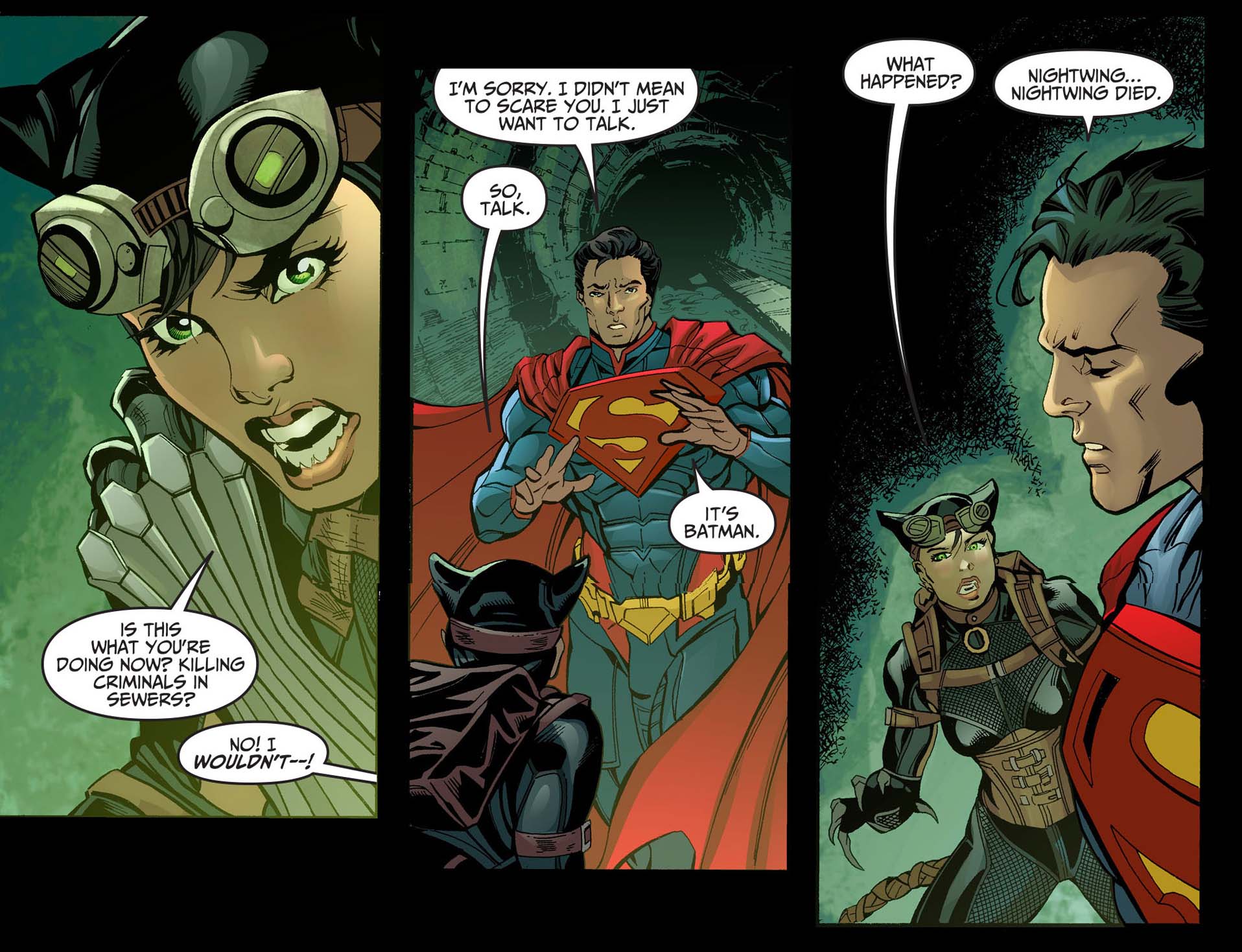 Catwoman: Is this what you’re doing now? Killing criminals in sewers?
Superman: No! I wouldn’t–! I’m sorry. I didn’t mean to scare you. I just want to talk.
Catwoman: So talk.
Superman: It’s Batman.
Catwoman: What happened?
Superman: Nightwing… Nightwing died. 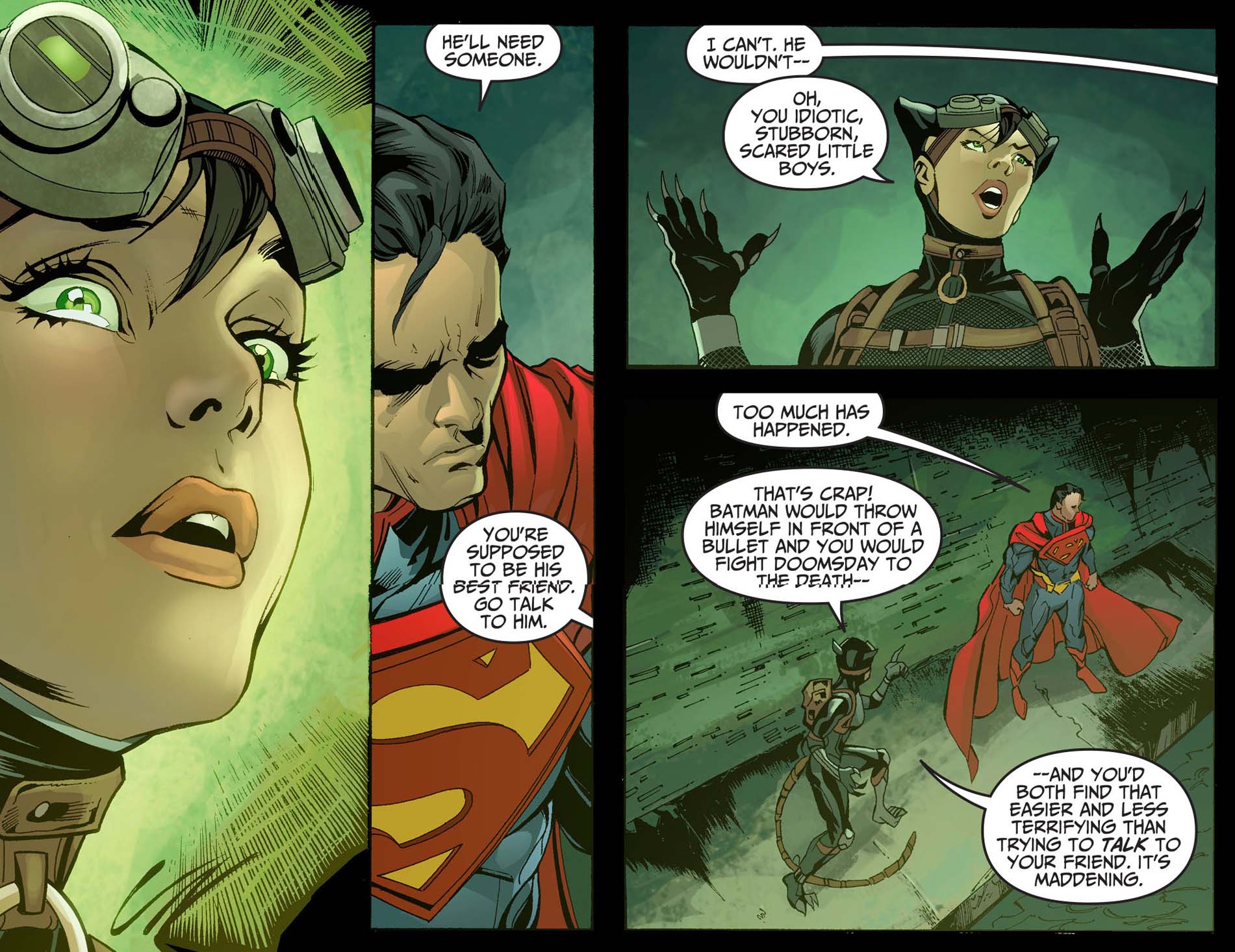 Superman: He’ll need someone.
Catwoman: You’re supposed to be his best friend. Go talk to him.
Superman: I can’t. He wouldn’t–
Catwoman: Oh you idiotic, stubborn scared little boys.
Superman: Too much has happened.
Catwoman: That’s crap! Batman would throw himself in front of a bullet and you would fight Doomsday to death—- and you’d both find that easier and less terrifying than trying to talk to your friend. It’s maddening.

From – Injustice Gods Among Us #17