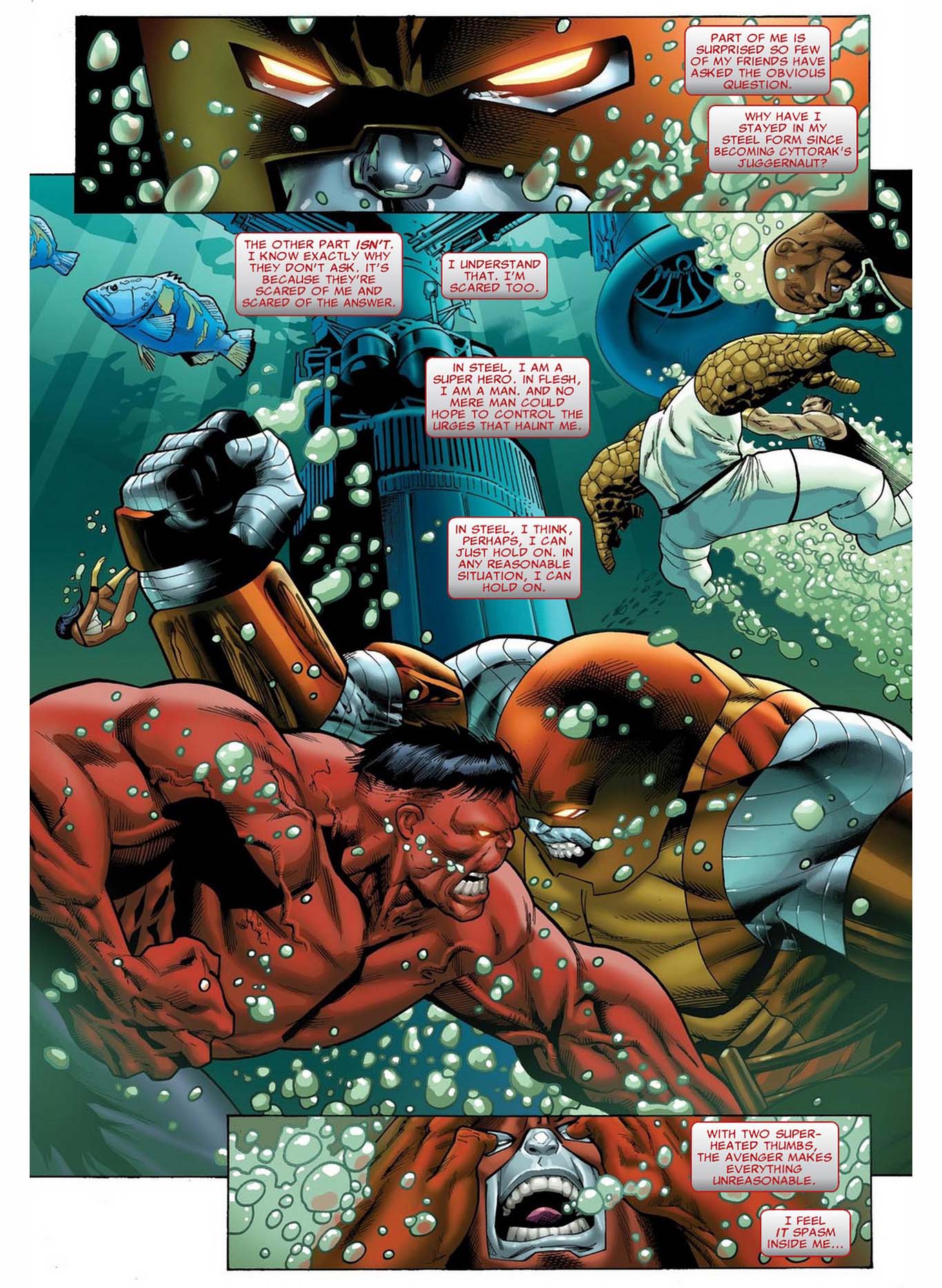 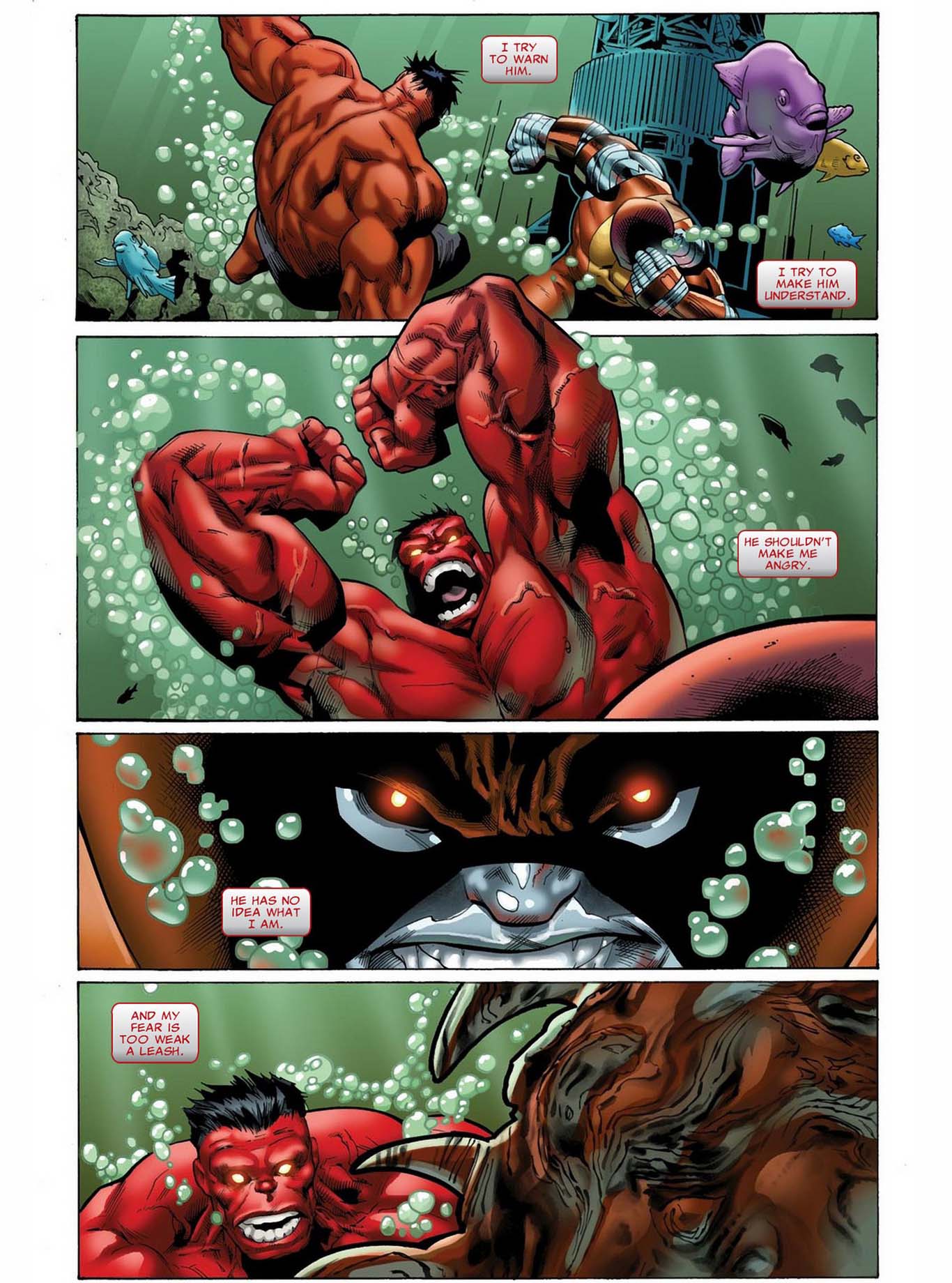 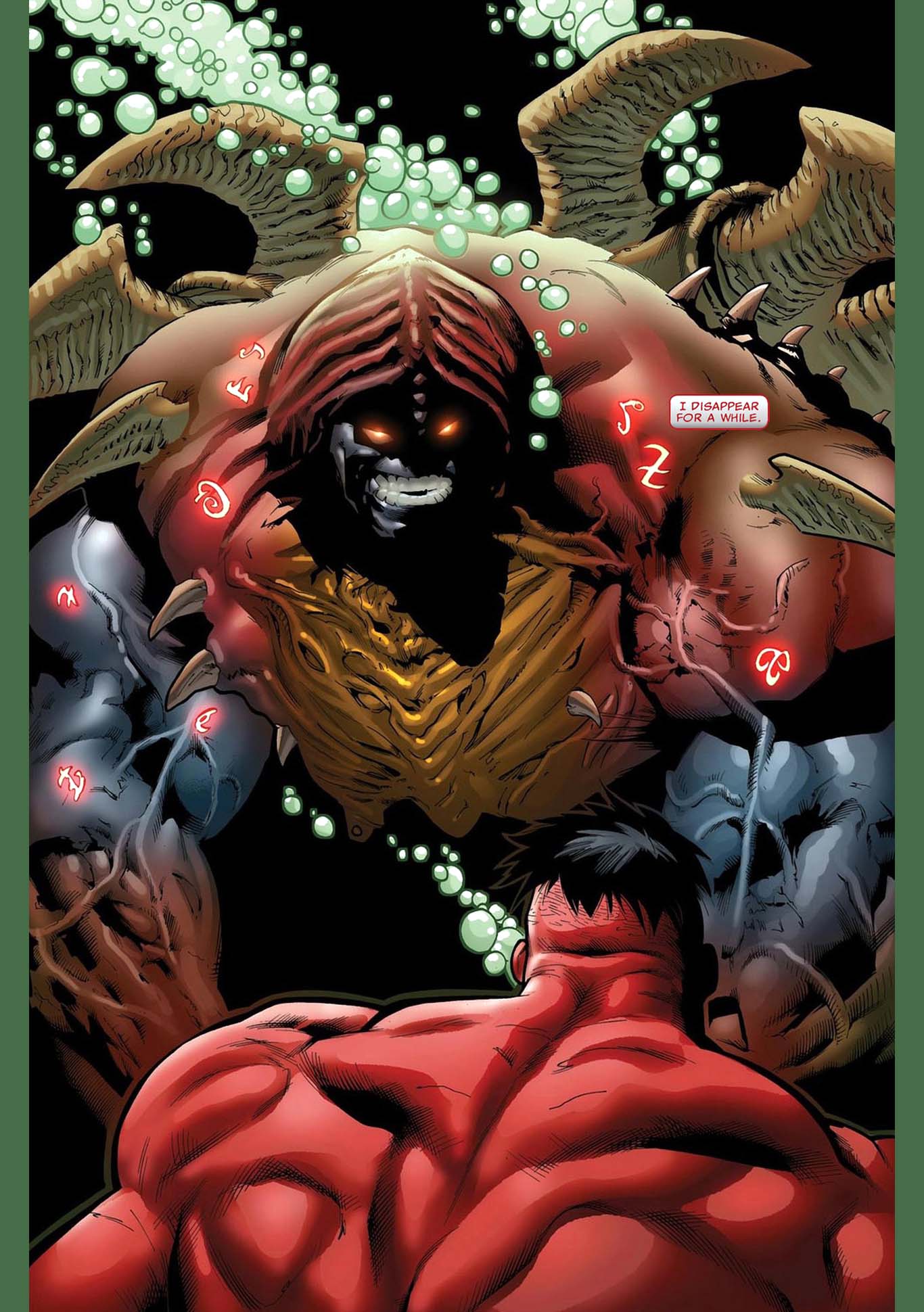 This battle occurred when Captain America led the Avengers into Utopia, the X-Men’s island fortress, to take Hope Summers into custody. Cyclops, the leader of the world’s remaining mutants, refused and a melee broke out between the two teams. Red Hulk found himself battling a Juggernaut-powered Colossus.