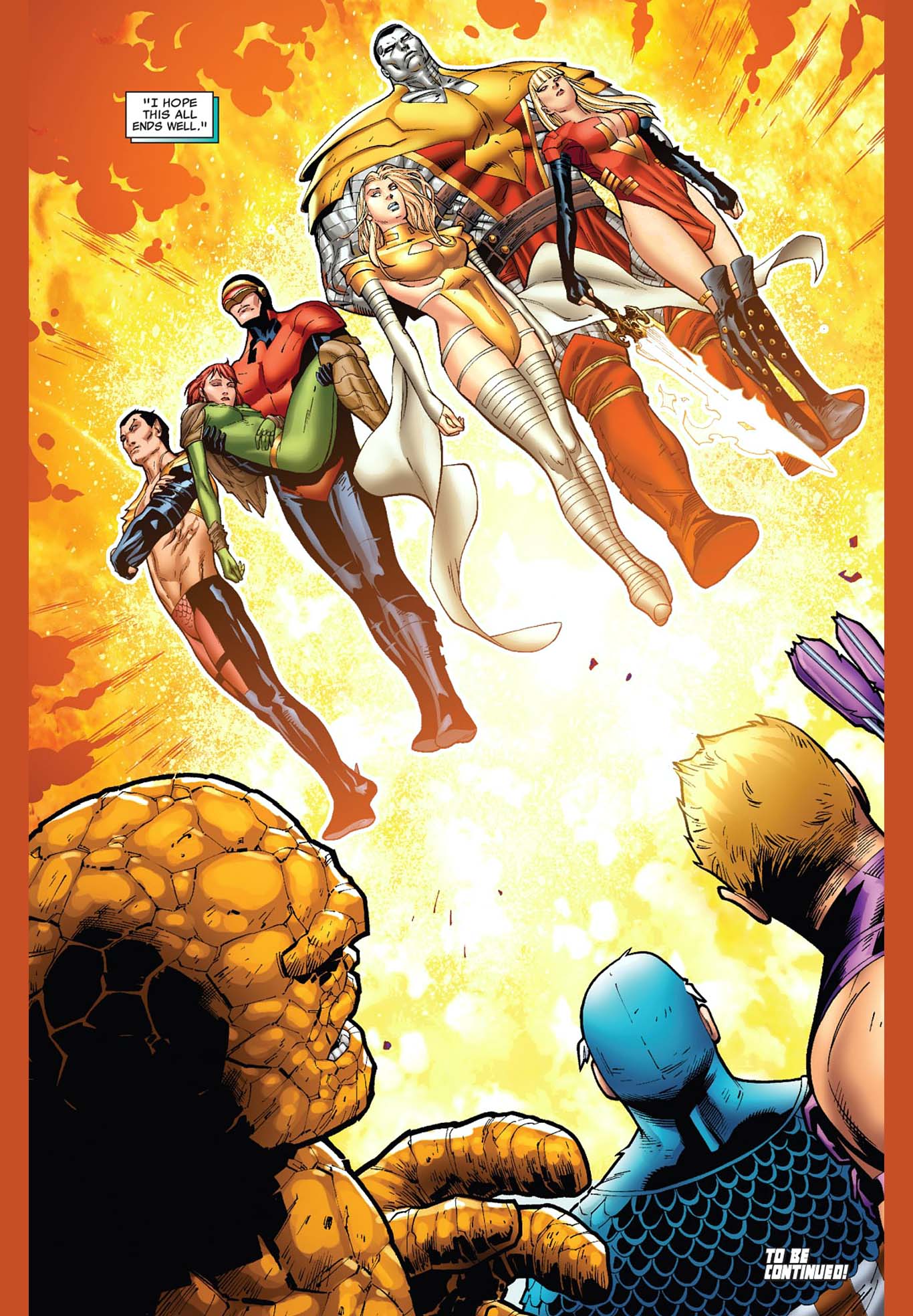 When the Phoenix Force came to Earth for its new host, Hope Summers, Iron Man shot it with a huge space gun and the Phoenix Force was split into 5 parts. Instead of bonding with Hope, the 5 parts bonded themselves with the other 5 mutants in the vicinity: Cyclops, Emma Frost, Namor, Colossus and Magik. They became known as the Phoenix Five.