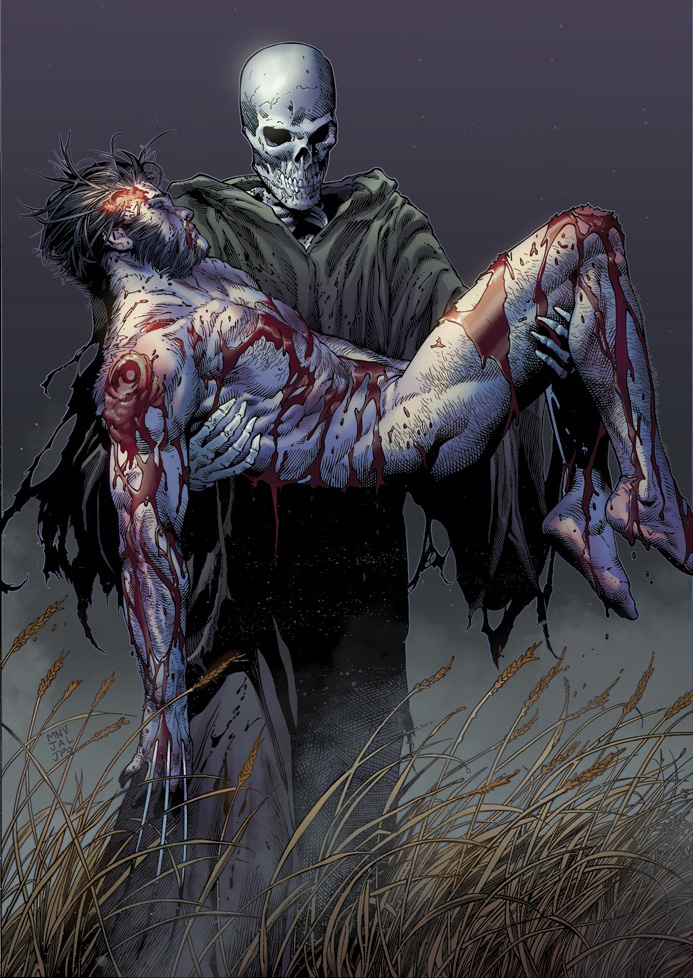 Earlier this week, one of the year’s most hyped comic events finally took place, I’m of course talking about the death of one of Marvel’s most famous heroes, the savage Wolverine. While comic book character deaths are not uncommon, it’s quite surprising that Marvel chose to kill off one of their very profitable characters. Wolverine is featured in so many of their comics that one wouldn’t be too far from the mark when the word over-saturation is used. At one point, Wolverine was part of the X-Men, New Avengers, Avengers, and X-Force while at the same time headlining his own comic series.

You’re probably wondering right now how it was even possible for him to die. Doesn’t he have that miraculous healing factor that allows him to recover from the most grievous injuries? Isn’t he practically immortal because of it? Well, to get past that troubling detail, Marvel had Wolverine lose his healing factor on a mission for SHIELD. In a nutshell, an intelligent virus from the Microverse infected Wolverine and managed to shut off his healing factor. And please don’t ask me to explain what a Microverse is. Let’s all just take a convenient plot point for what it is.

Losing his healing factor meant that Wolverine was now vulnerable like everyone. Marvel toyed with this plot for a couple of months, showing us how Wolverine coped with having to adjust to his decades-old habit of diving into every fray recklessly without regard for his own self. The final push came in the 4 issue miniseries aptly titled “Death Of Wolverine”, where Wolverine is beset by hundreds of mercenaries trying to claim the bounty placed on his head by an unknown individual. Believing that a previous foe is simply taking advantage of his weakened state, Wolverine decides to hunt this person down so that he could live his remaining days in peace. It is later revealed that the person who placed the bounty on his head was Abraham Cornelius, one of the scientists attached to the Weapon X program that bonded adamantium to Wolverine’s skeleton. The twist in the story was that Cornelius needed Wolverine’s healing factor to help his kidnapped test subjects survive their own adamantium bonding, not  knowing that Wolverine had already lost that ability. A fight ensued inside the laboratory and Wolverine managed destroyed the tank holding all of the liquified adamantium, but in the process he was drenched completely in it. 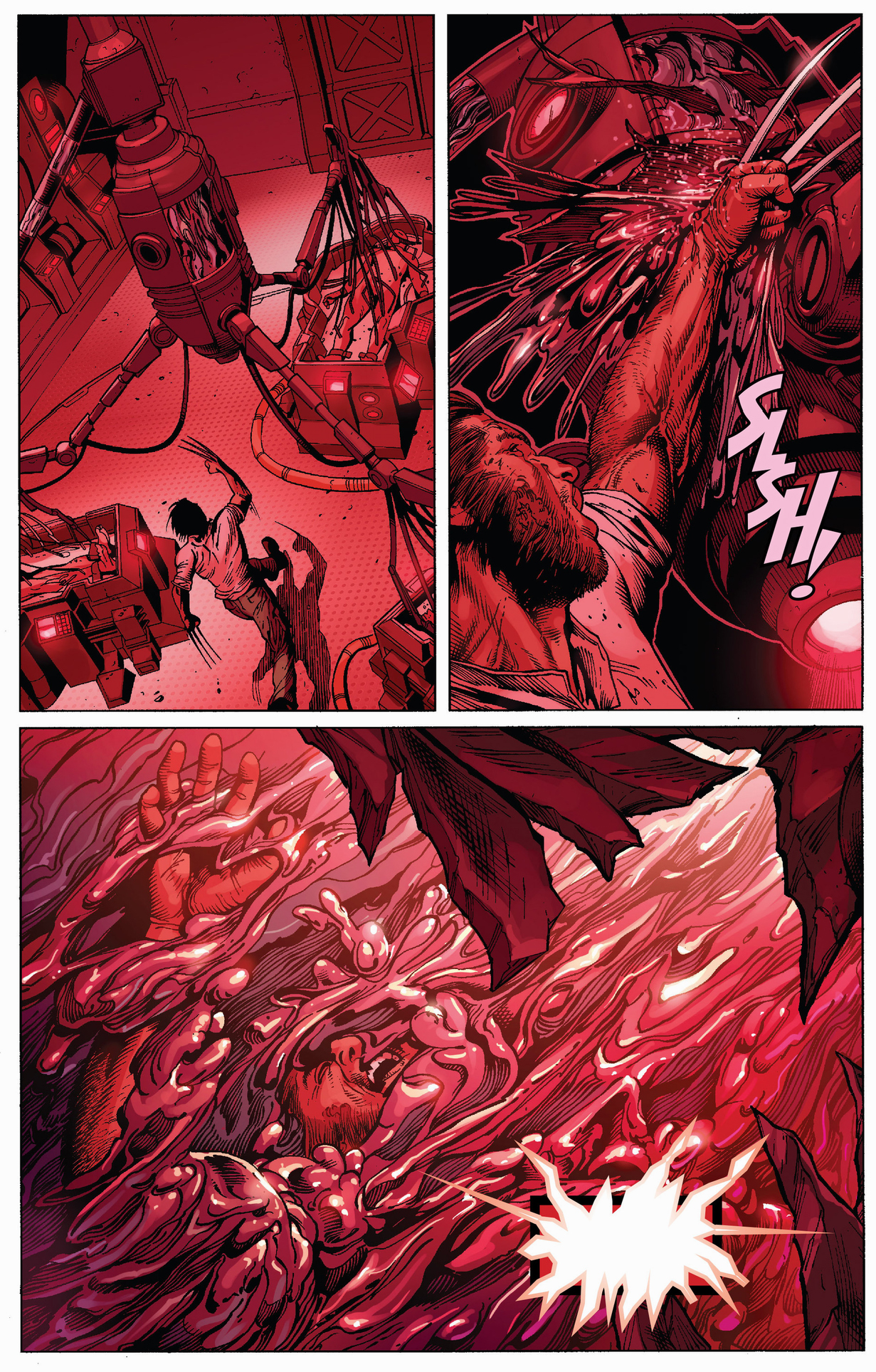 Before the metal was able to harden into its indestructible state, Wolverine chased after Cornelius and made sure he wouldn’t be able to continue his experiments. And then after enjoying one last sunset, the Canadian who had lived and taken so many lives was finally still. 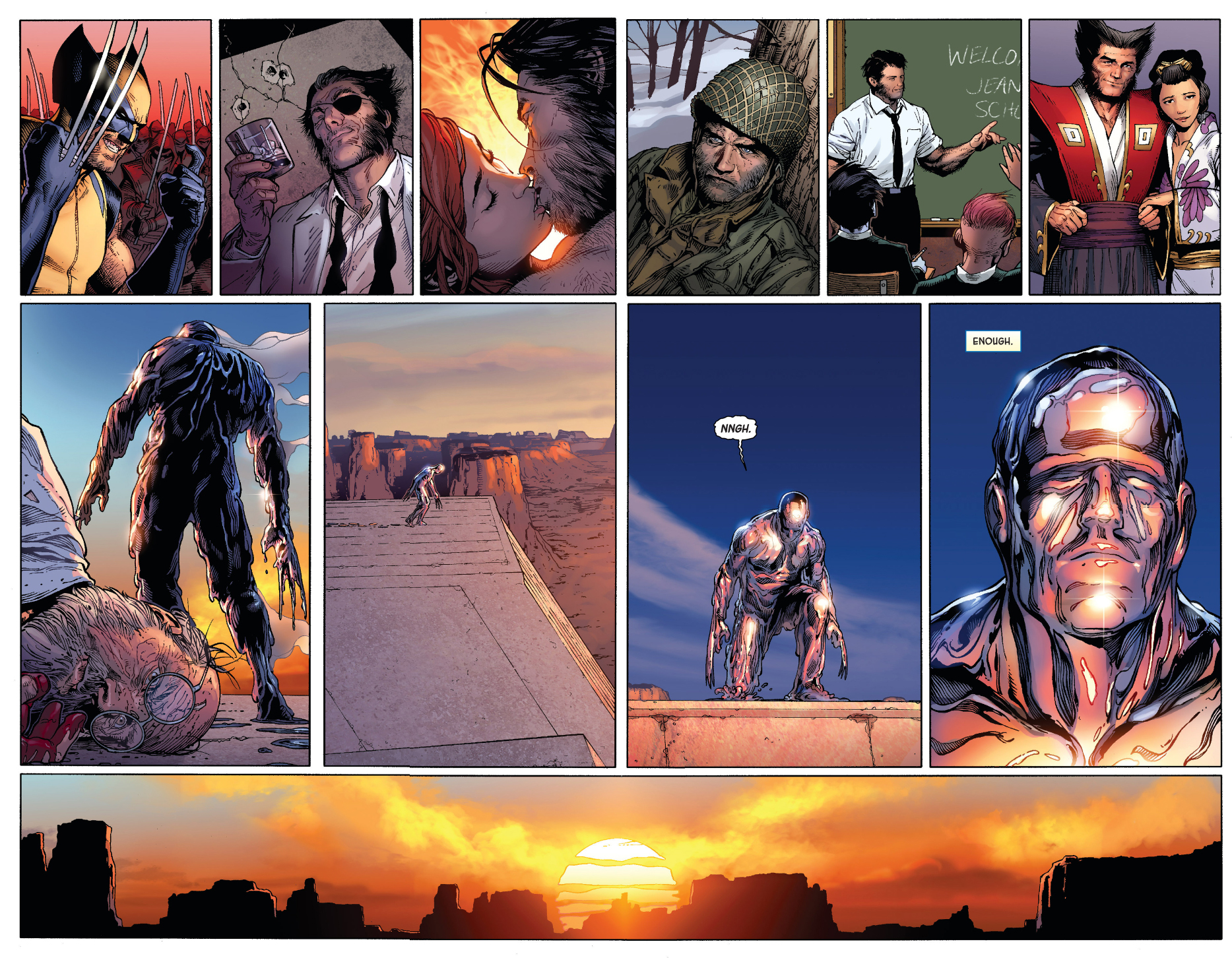 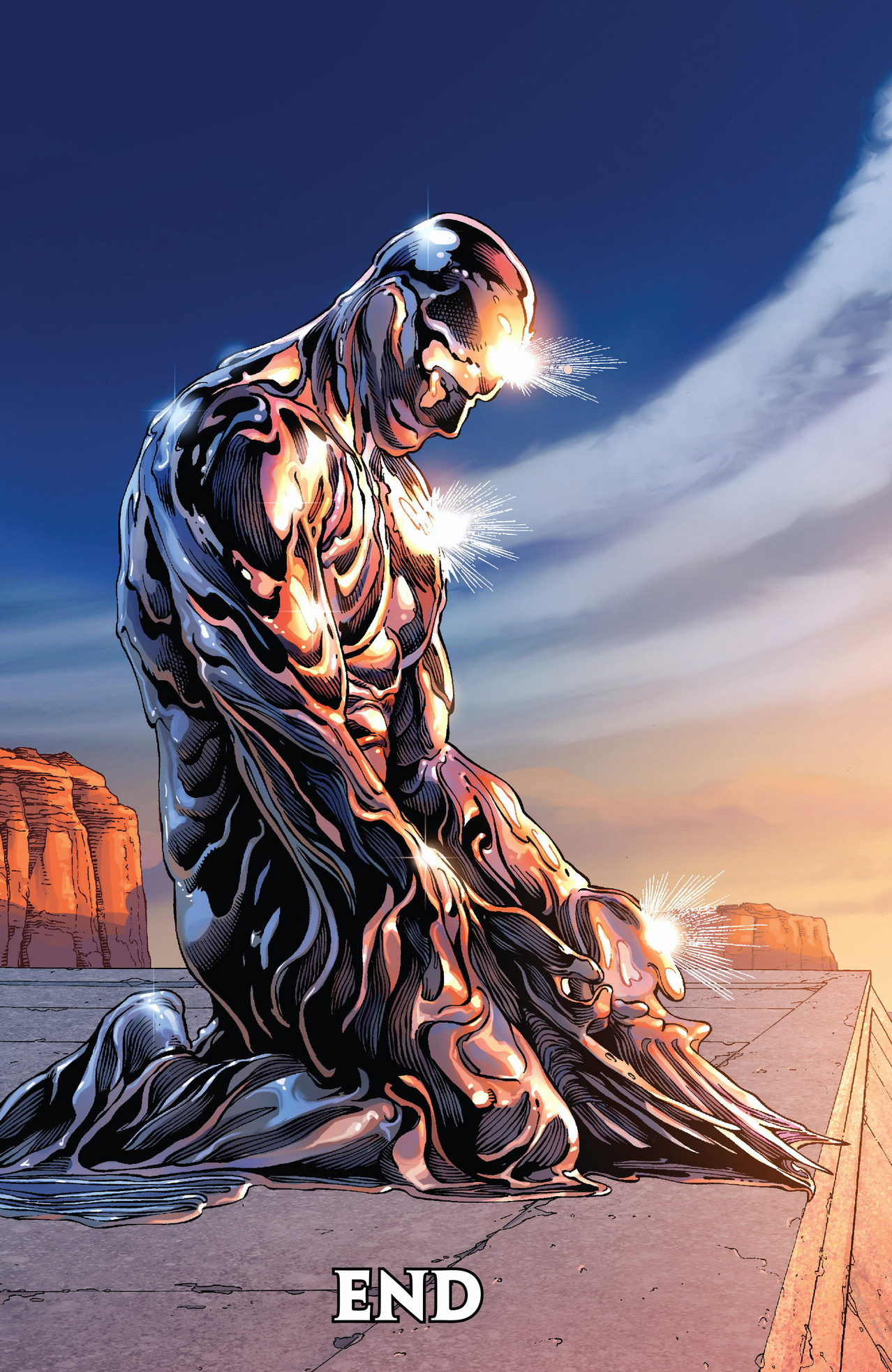