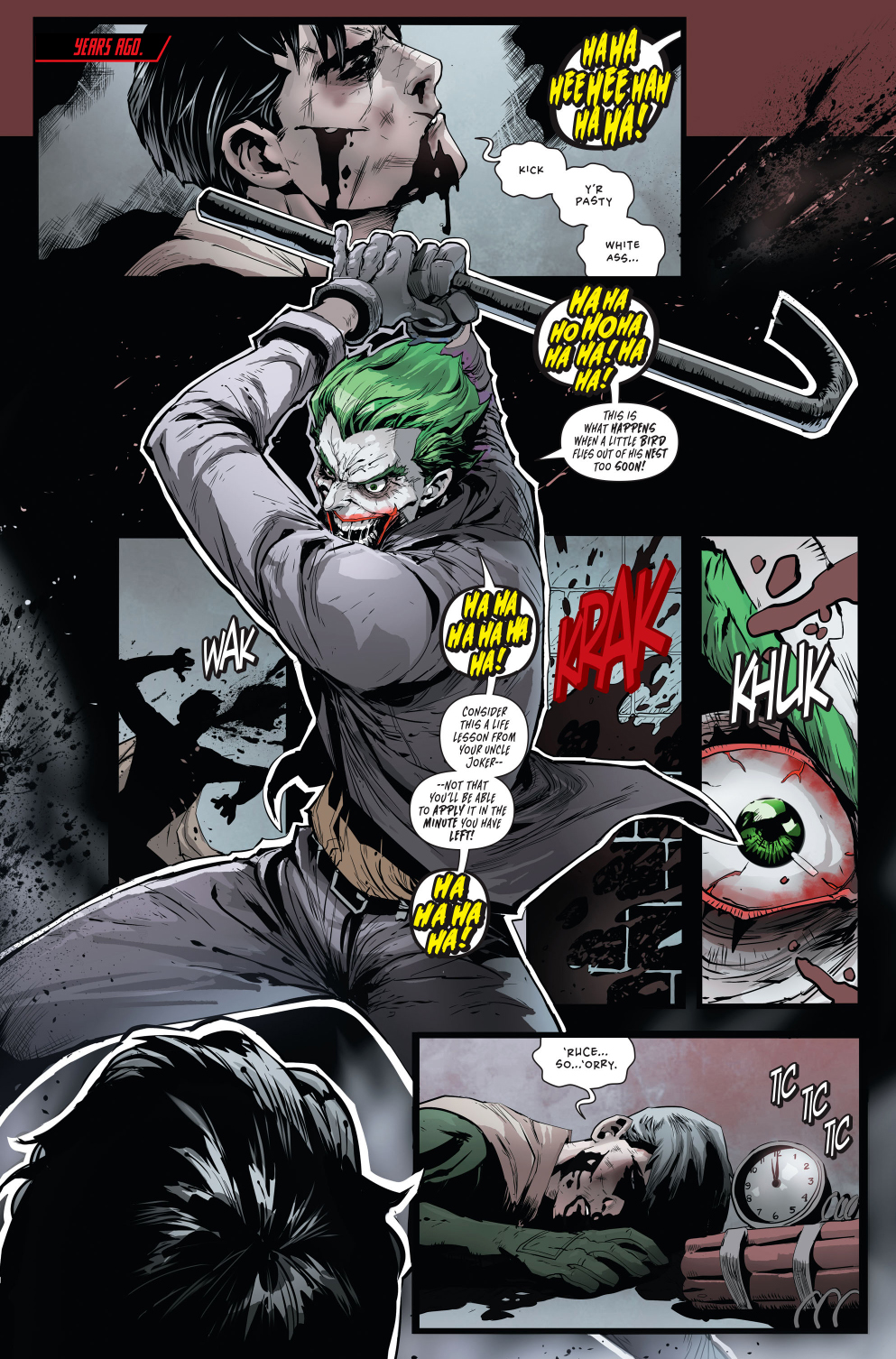 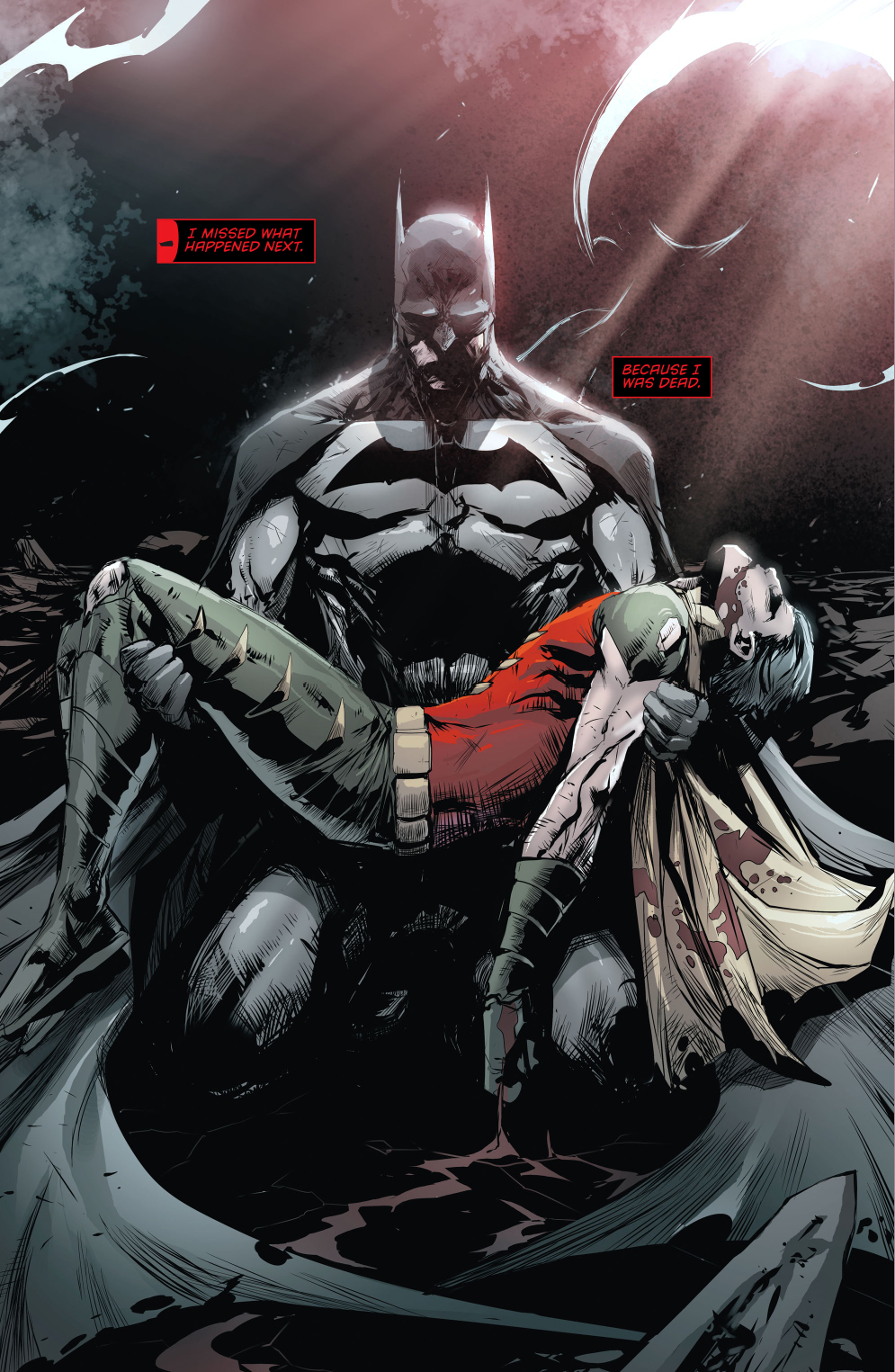 Jason Todd, the second Robin, died at the hands of the Joker. He was brutally beaten down by a crowbar then left in a building filled with explosives. Batman was too late to rescue his partner. Jason would later be resurrected by Talia al Ghul using one of her father’s lazarus pits.

From – Red Hood And The Outlaws – Rebirth #1