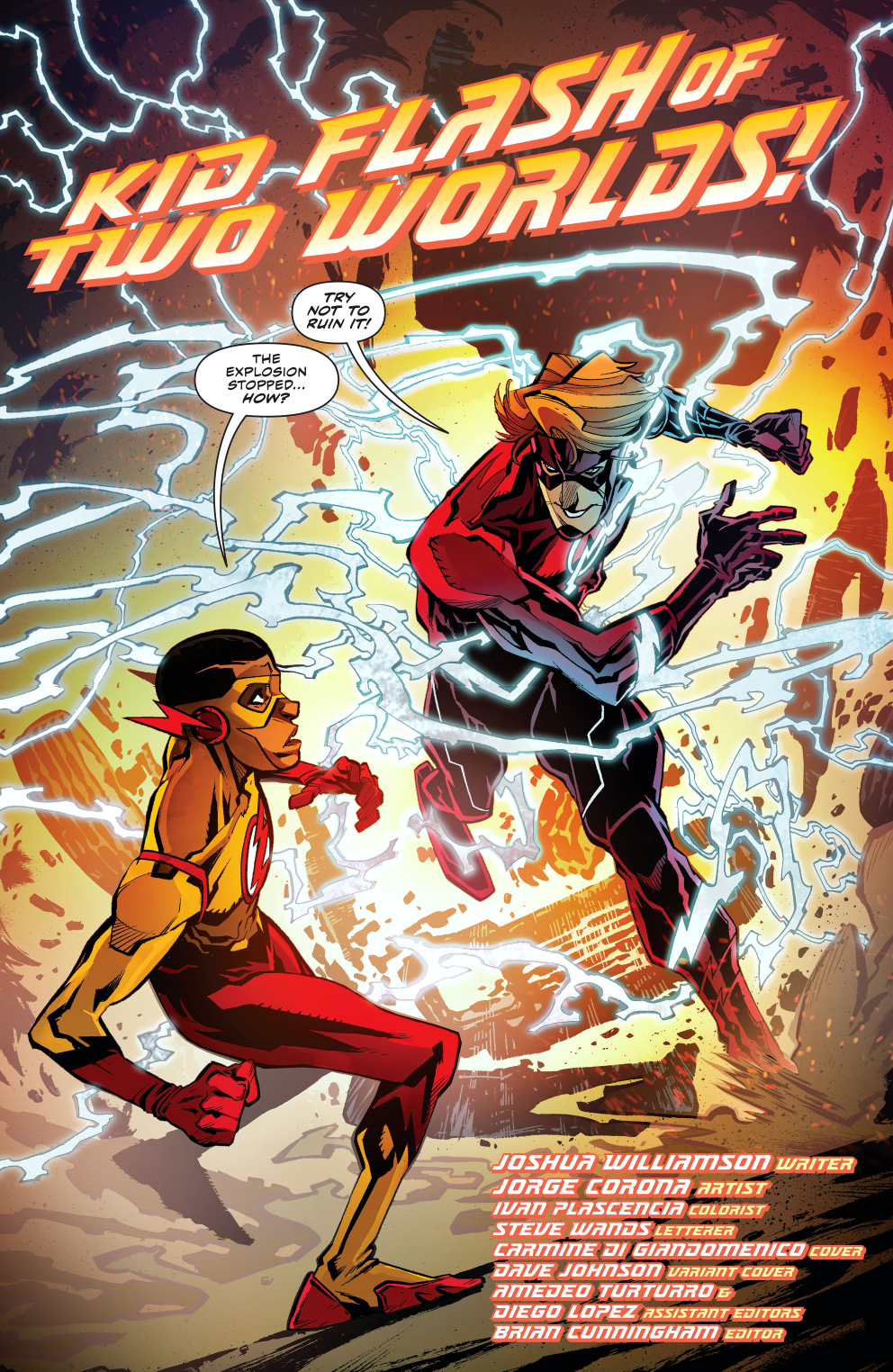 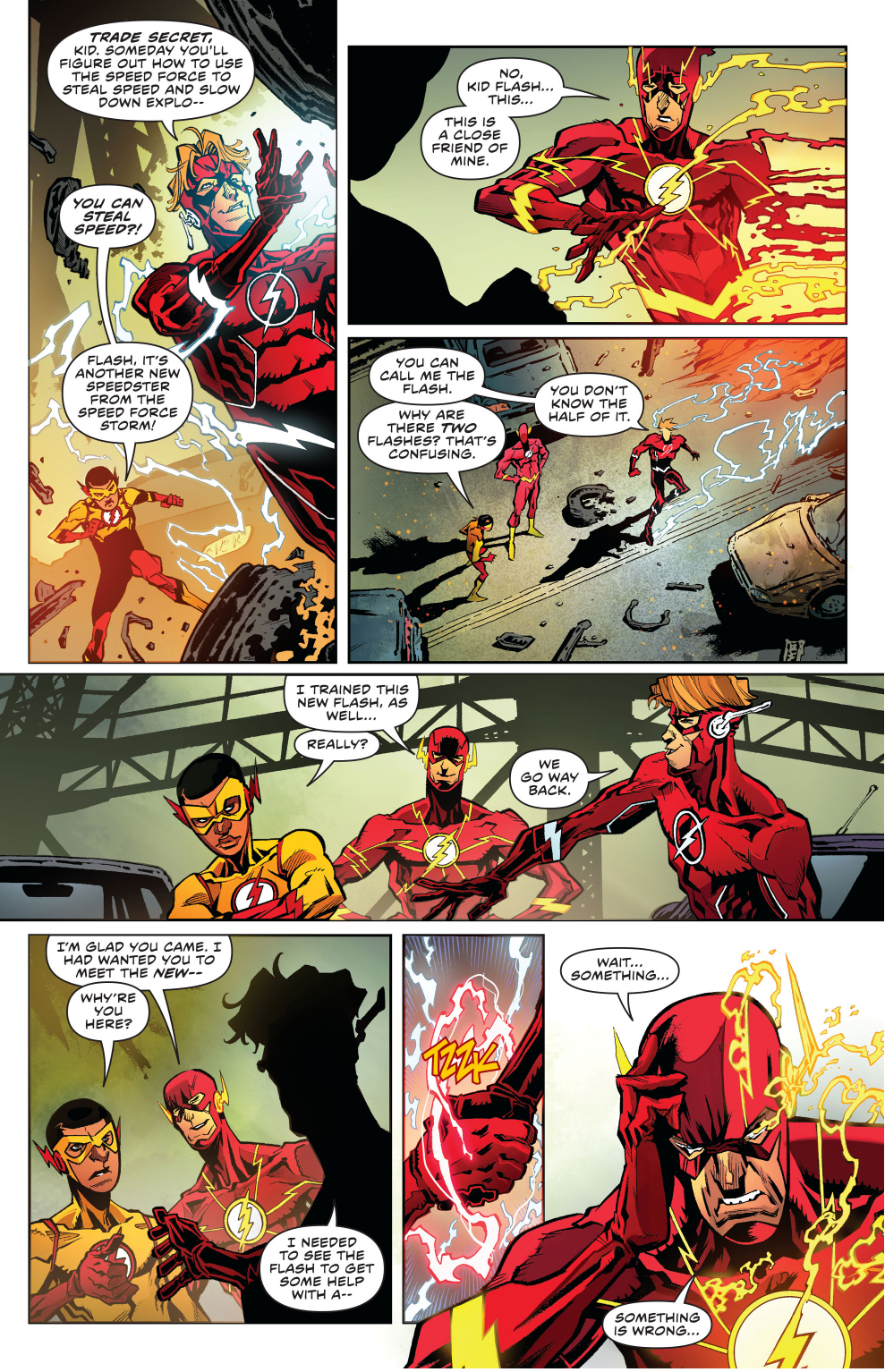 I’ve been waiting for this moment for a very long time. Ever since the original Wally West from New Earth was replaced in the New 52 reboot by the black Wally West, hereby known as Wally West from Prime Earth, I’ve been eager to see his return from wherever the DC writers hid him (he was in the Speedforce all along!). Rather than delete their new Wally West, DC simply made the whole thing part of a very long story arc and finally made these 2 West’s meet each other.

It’s also a nice touch to the Flash of Two Worlds comic from 1961, where the original Flash Jay Garrick met the Silver Age Flash, Barry Allen.