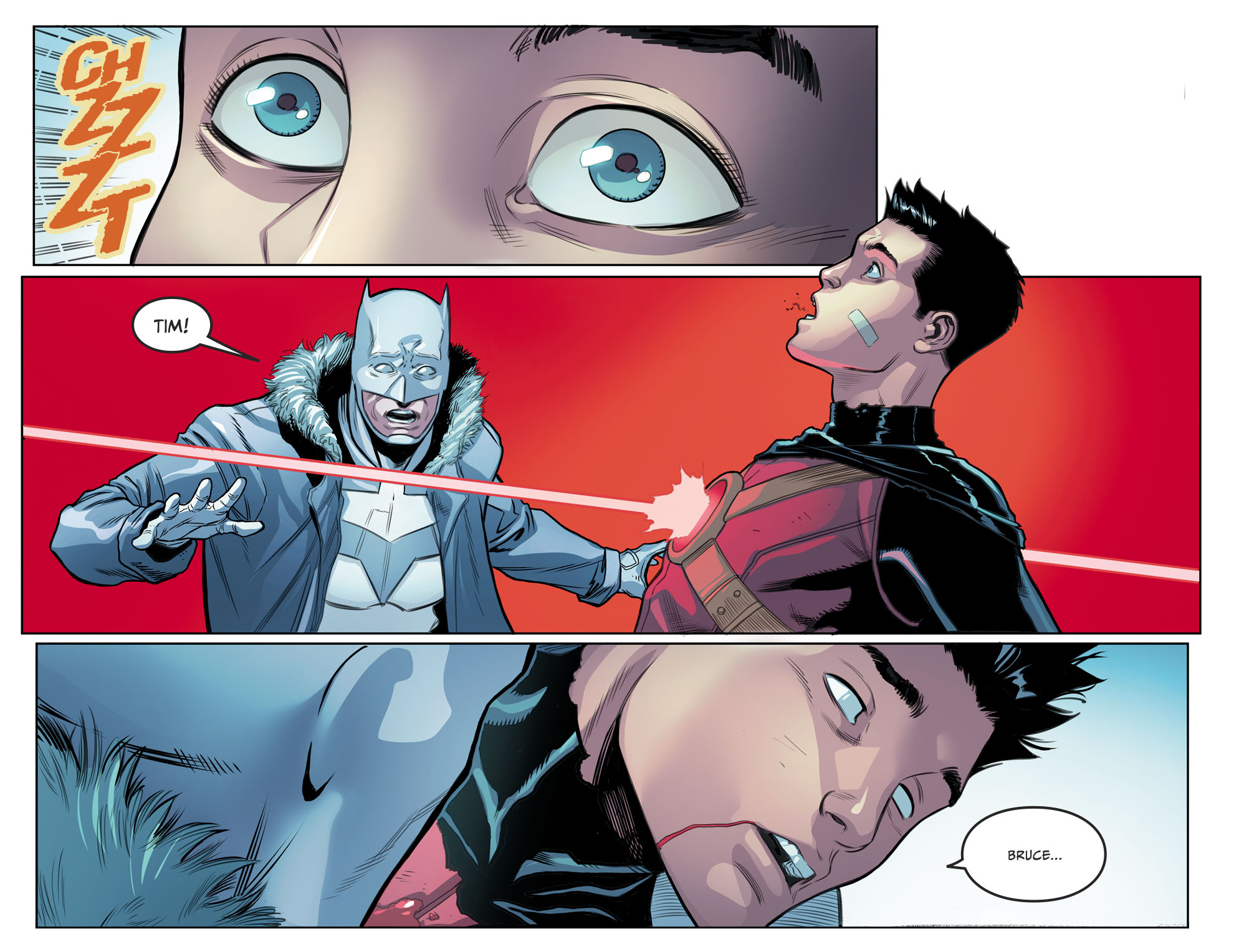 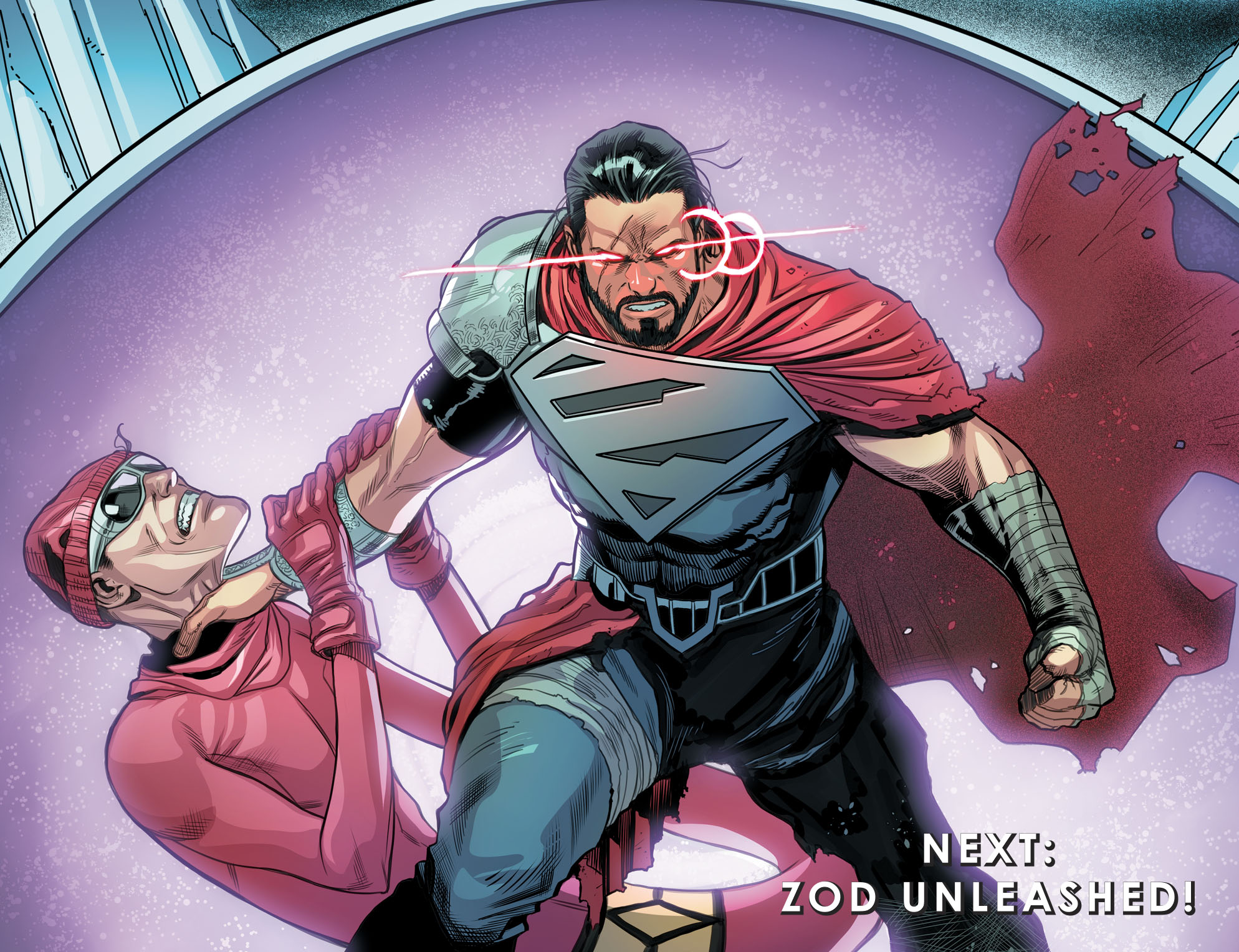 Batman and Red Robin just found each other again after being separated for 6 years, then General Zod just heat visions Tim Drake out of nowhere! I hope he doesn’t die after all this time. Maybe on the next issue they’ll throw him back in the Phantom Zone while they find a way to heal his wounds. At least Superboy would have company in there.