Members Of The Victim Syndicate 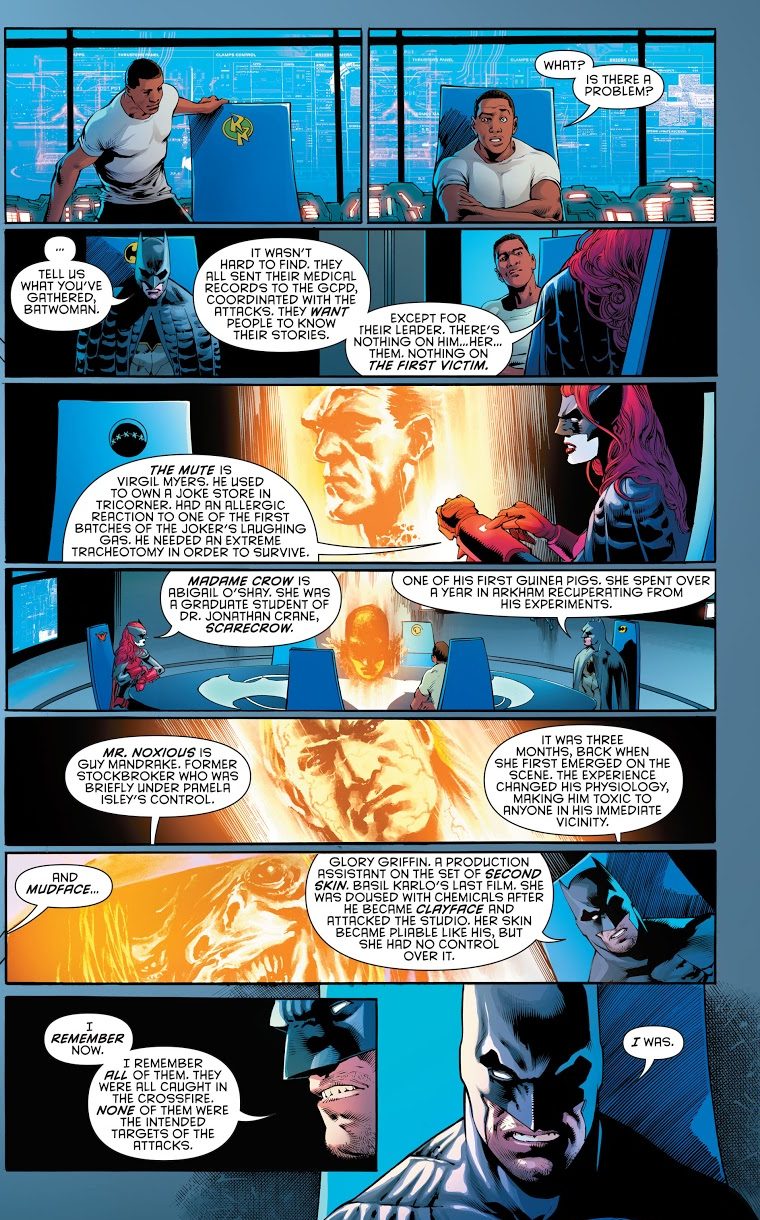 The Mute is Virgil Myers. He used to own a joke store in tricorner. Had an allergic reaction to one of the first batches of the Joker’s laughing gas. He needed an extreme tracheotomy in order to survive.

Madame Crow is Abigail o’Shay. She was a graduate of Dr. Jonathan Crane, Scarecrow. One of his first guinea pigs. She spent over a year in Arkham recuperating from his experiments.

Mr. Noxious is Guy Mandrake. Former stockbroker who was briefly under Pamela Isley’s control. It was three months, back when she first emerged on the scene. The experience changed his physiology, making him toxic to anyone in his immediate vicinity.

Mudface… Glory Griffin. A production assistant on the set of Second Skin. Basil Karlo’s last film. She was doused with chemicals after he became Clayface and attacked the studio. Her skin became pliable like his, but she had no control over it.