Bruce Wayne Reveals His Secret Identity To The Joker 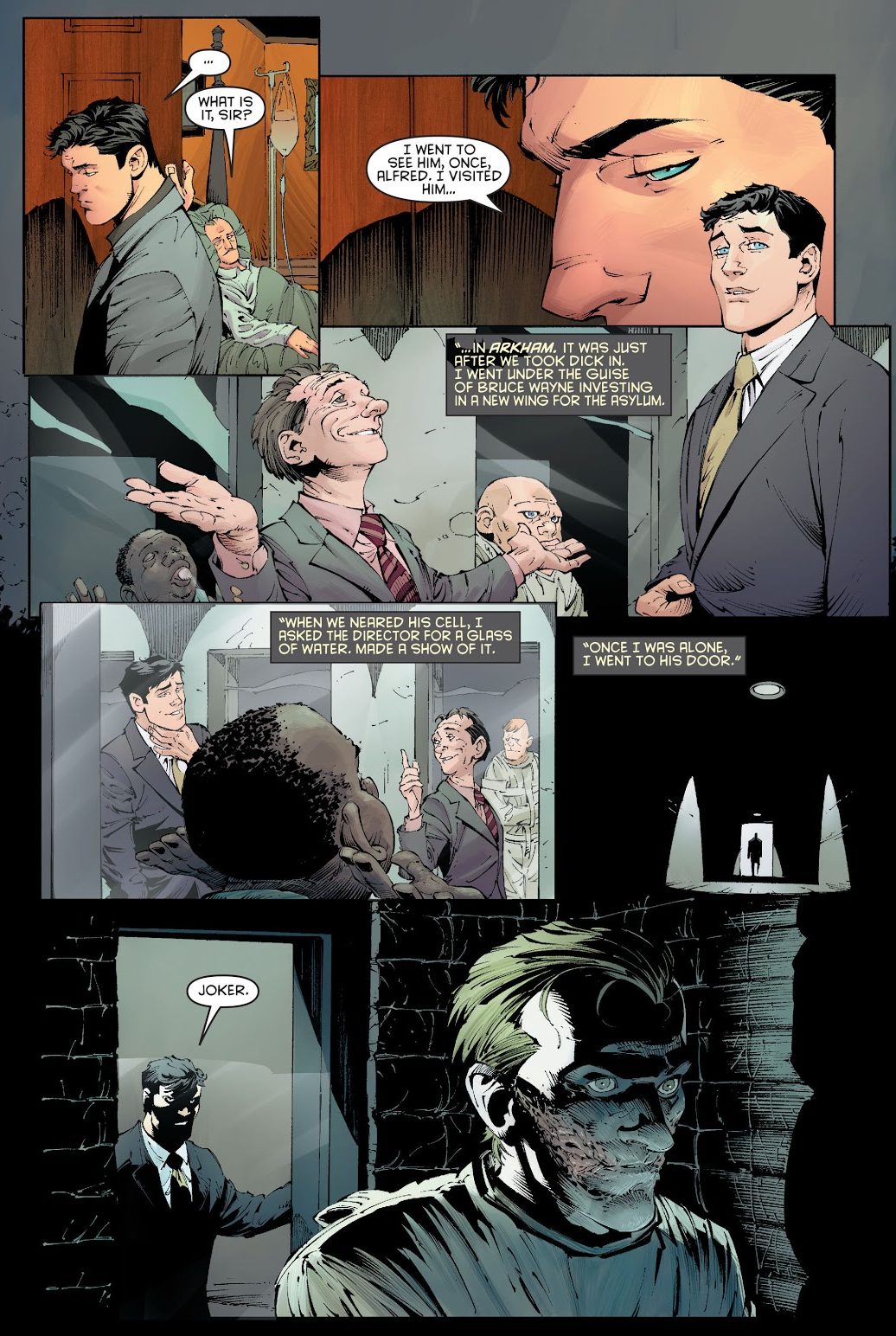 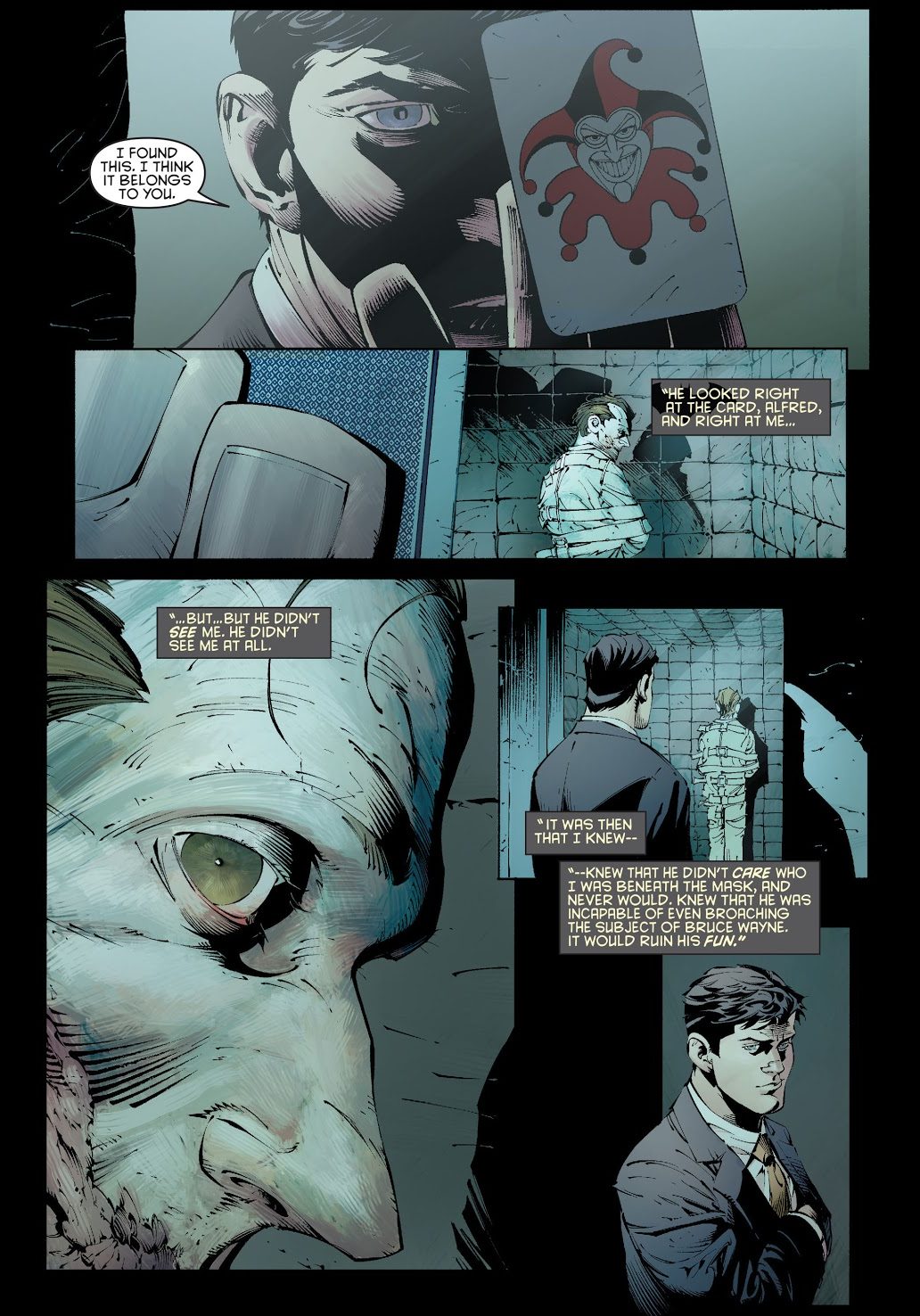 Bruce Wayne confides into Alfred Pennyworth that at one point, he confronted the Joker inside Arkham Asylum as Bruce Wayne, not Batman. He showed him the card that was stuck in the Batsub, confirming that Bruce Wayne and Batman are one. The Joker merely looked at him and nothing registered in his eyes. Bruce then deduced that the Joker has no care at all of the secret identity of Batman, it would ruin his fun and he didn’t want to know. His mind is incapable of absorbing any information about Bruce Wayne, or something to that effect.