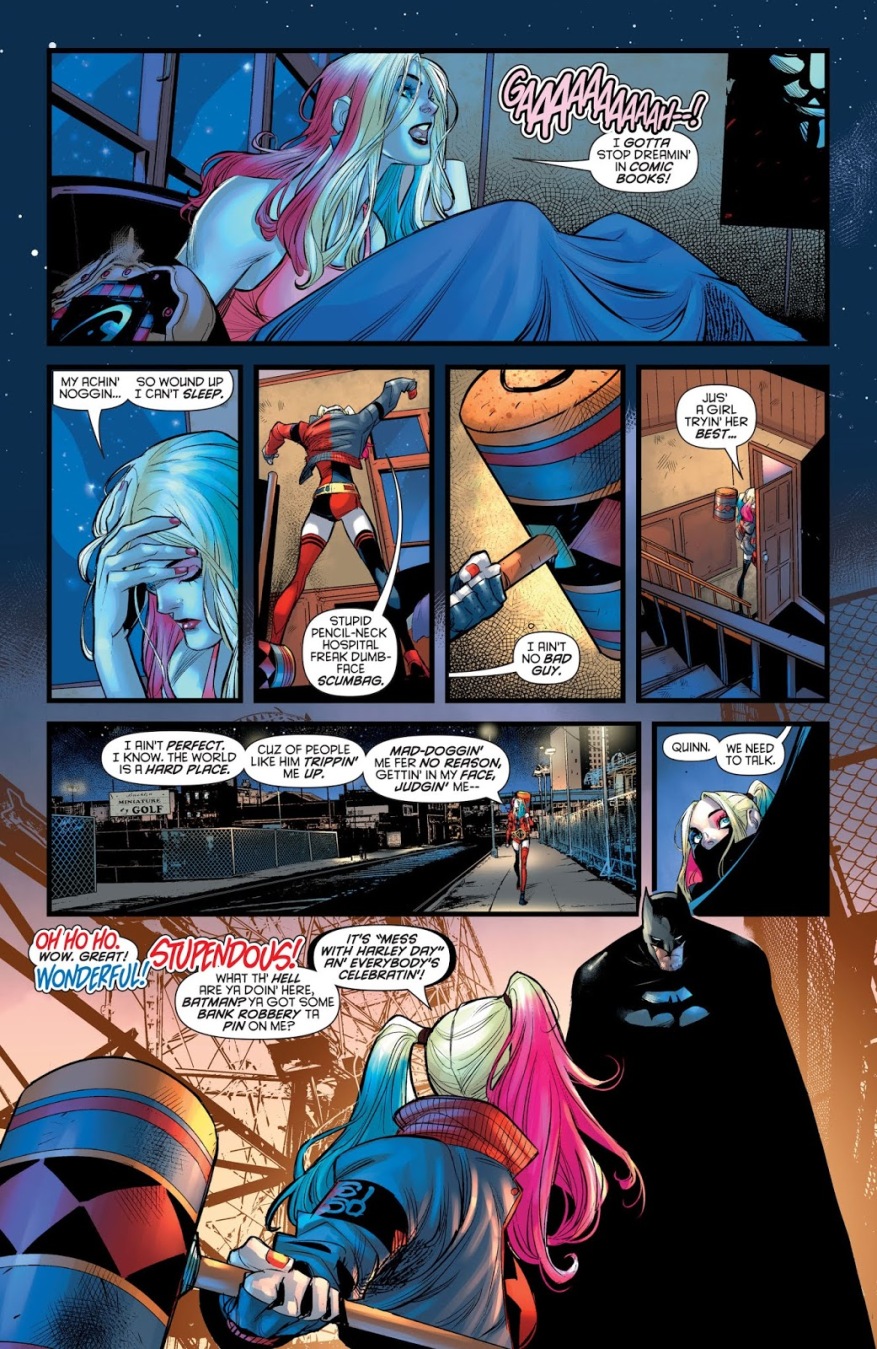 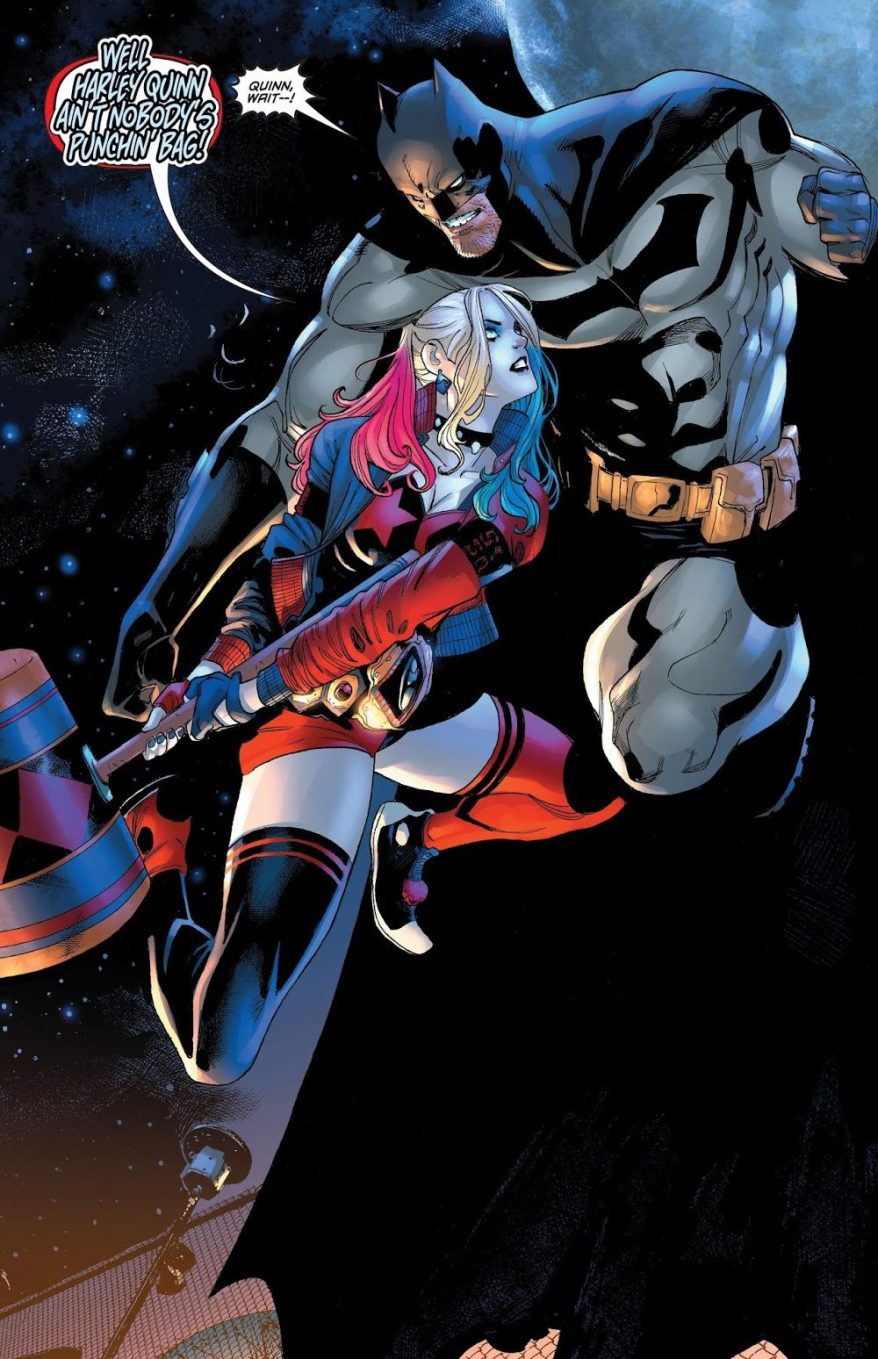 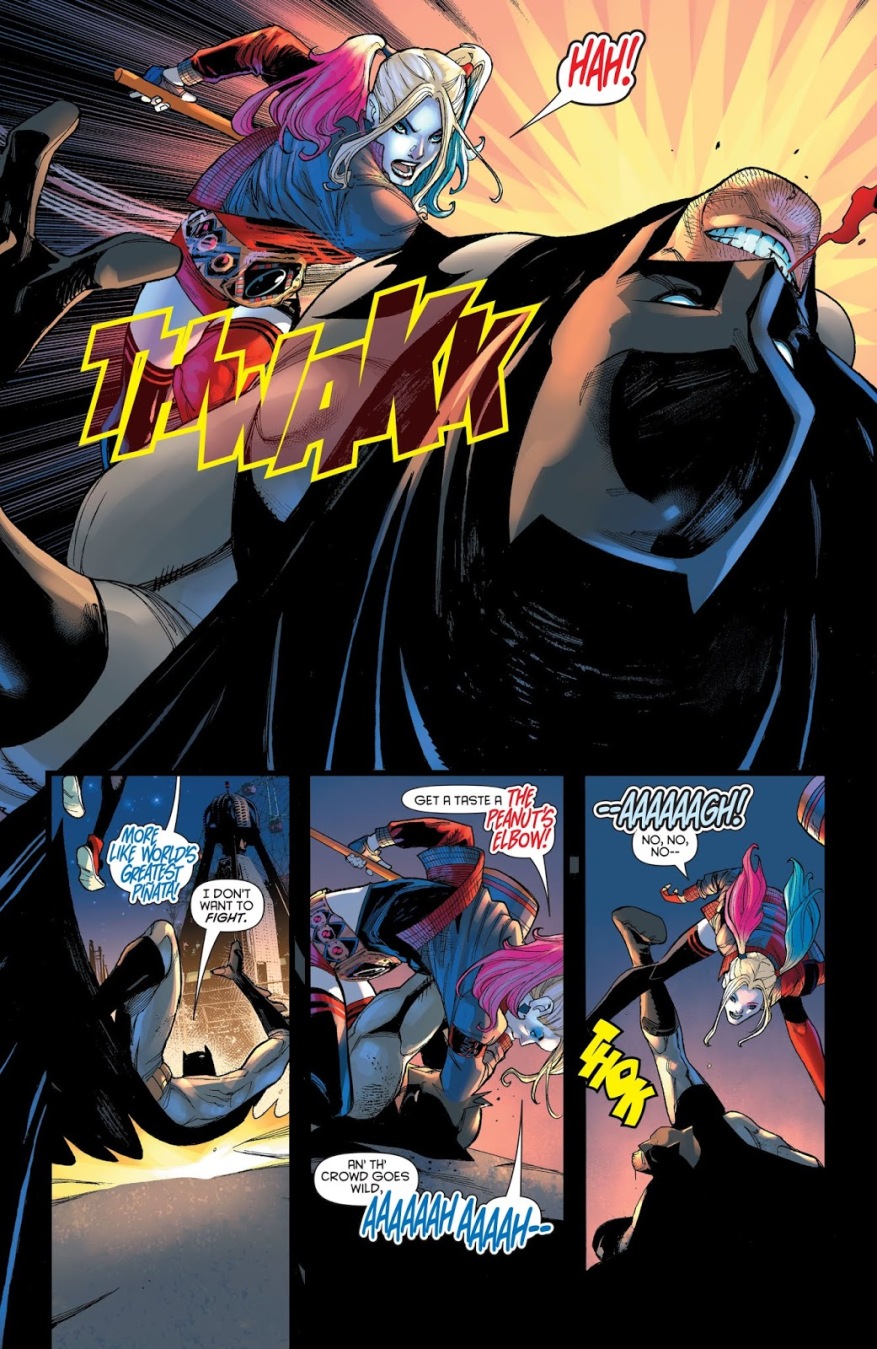 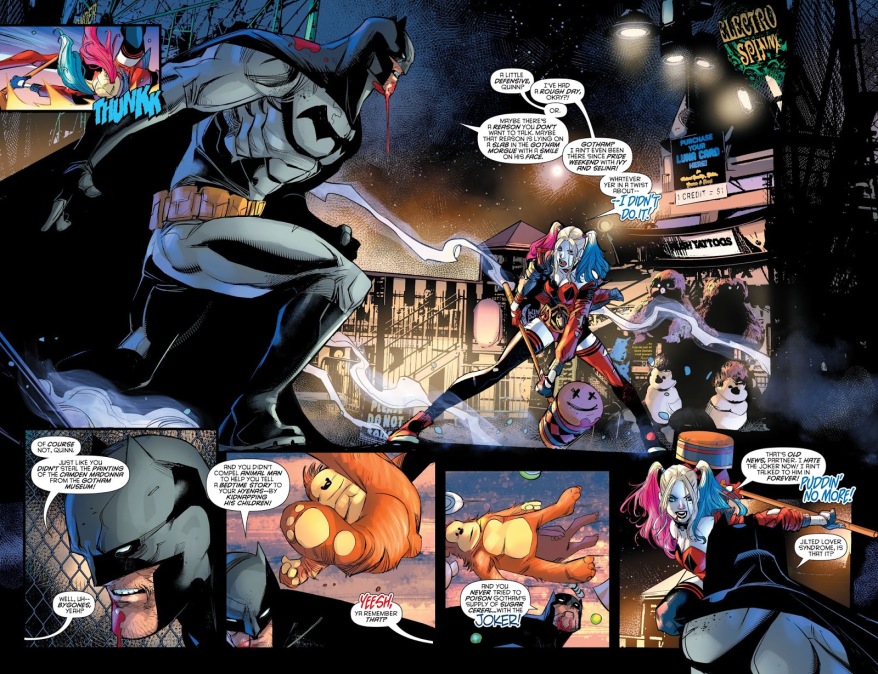 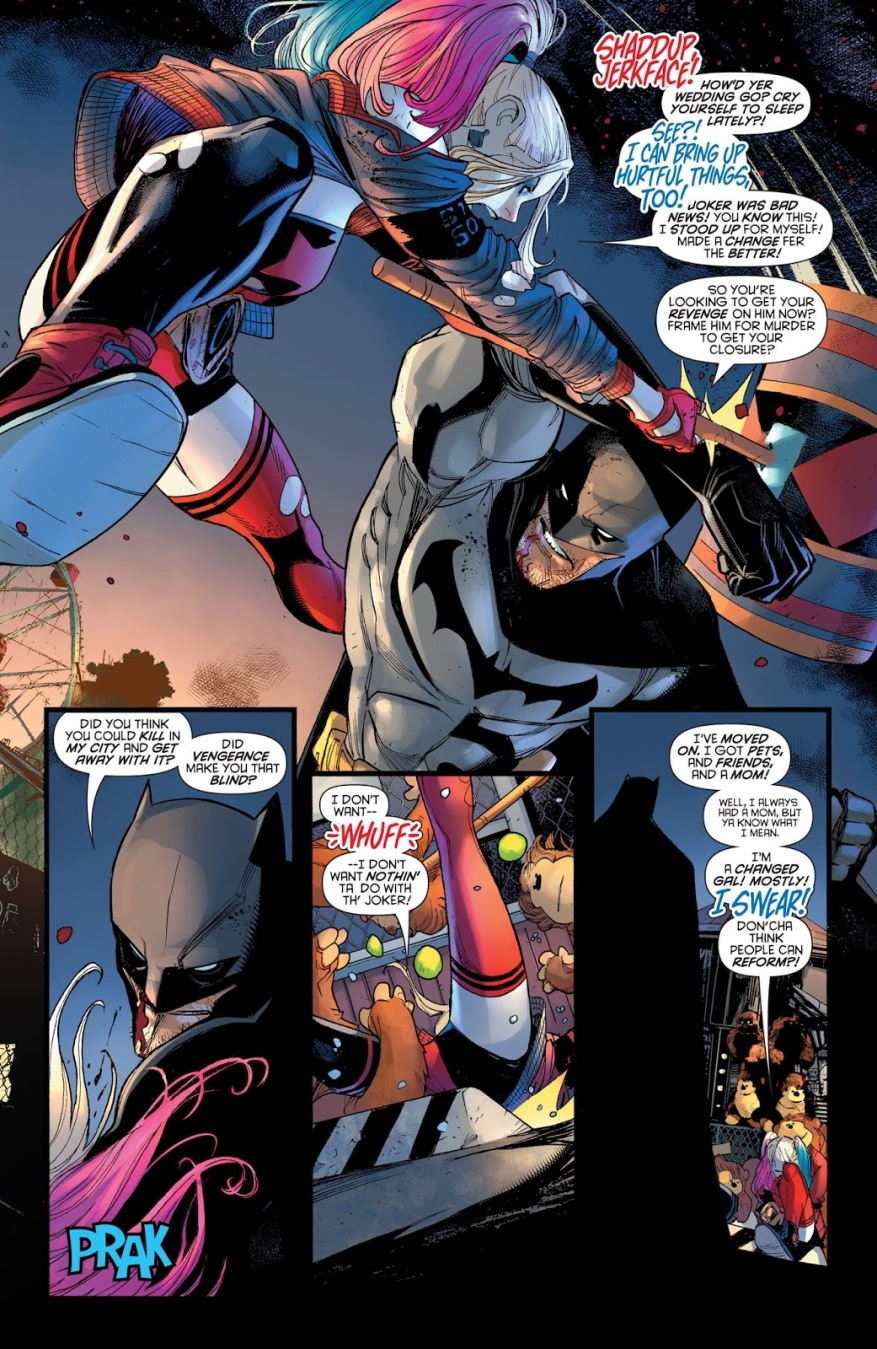 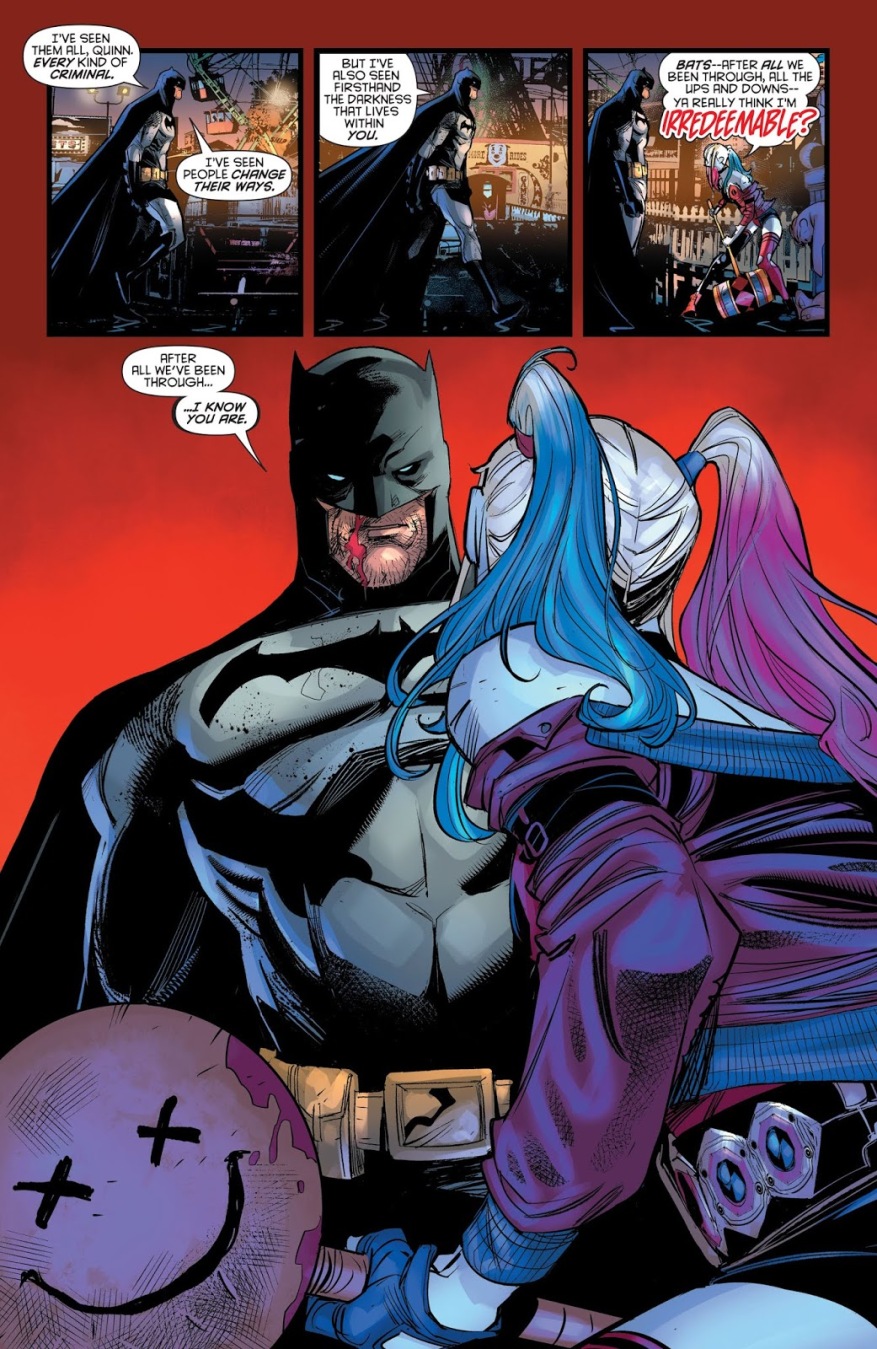 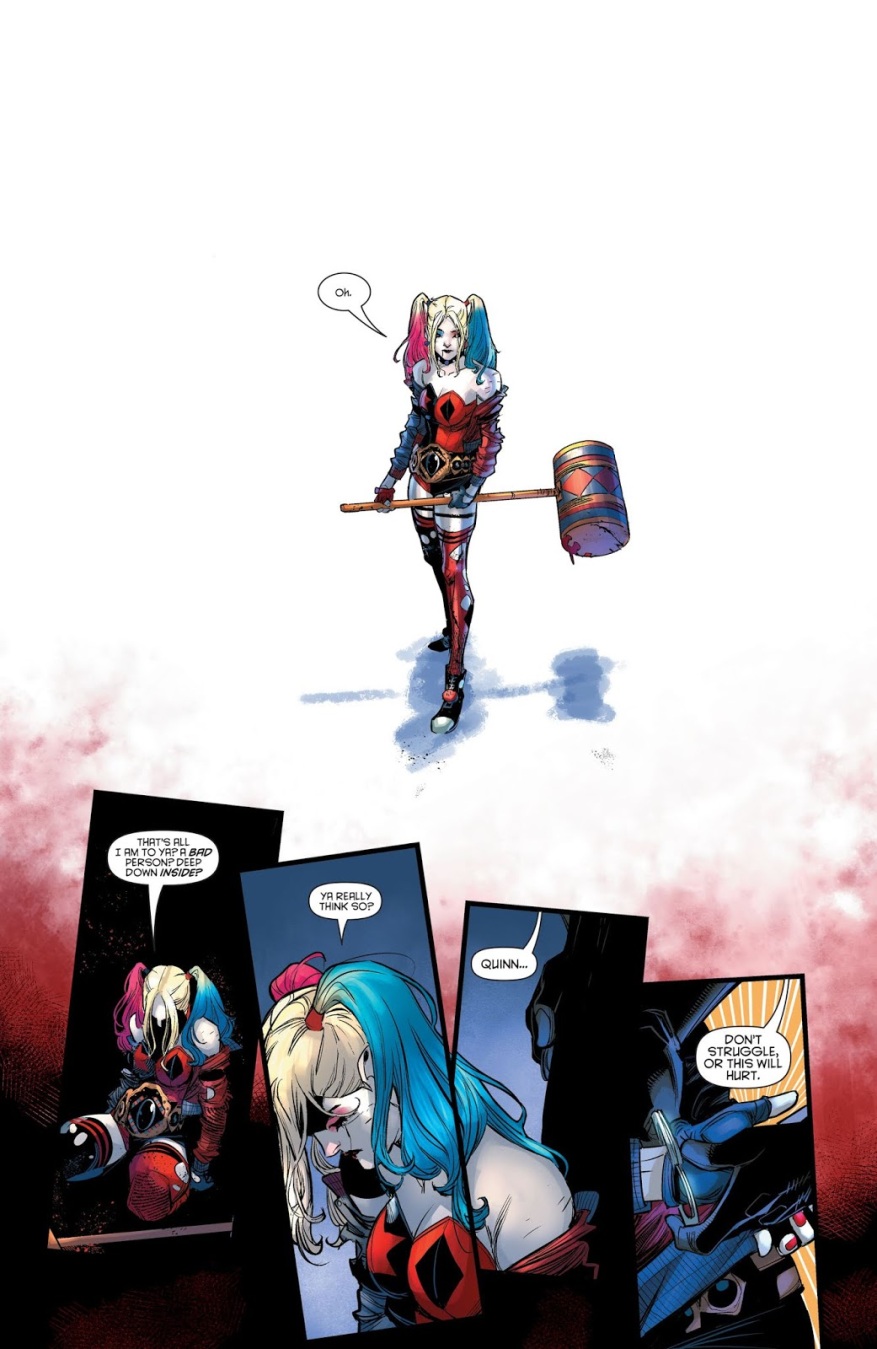 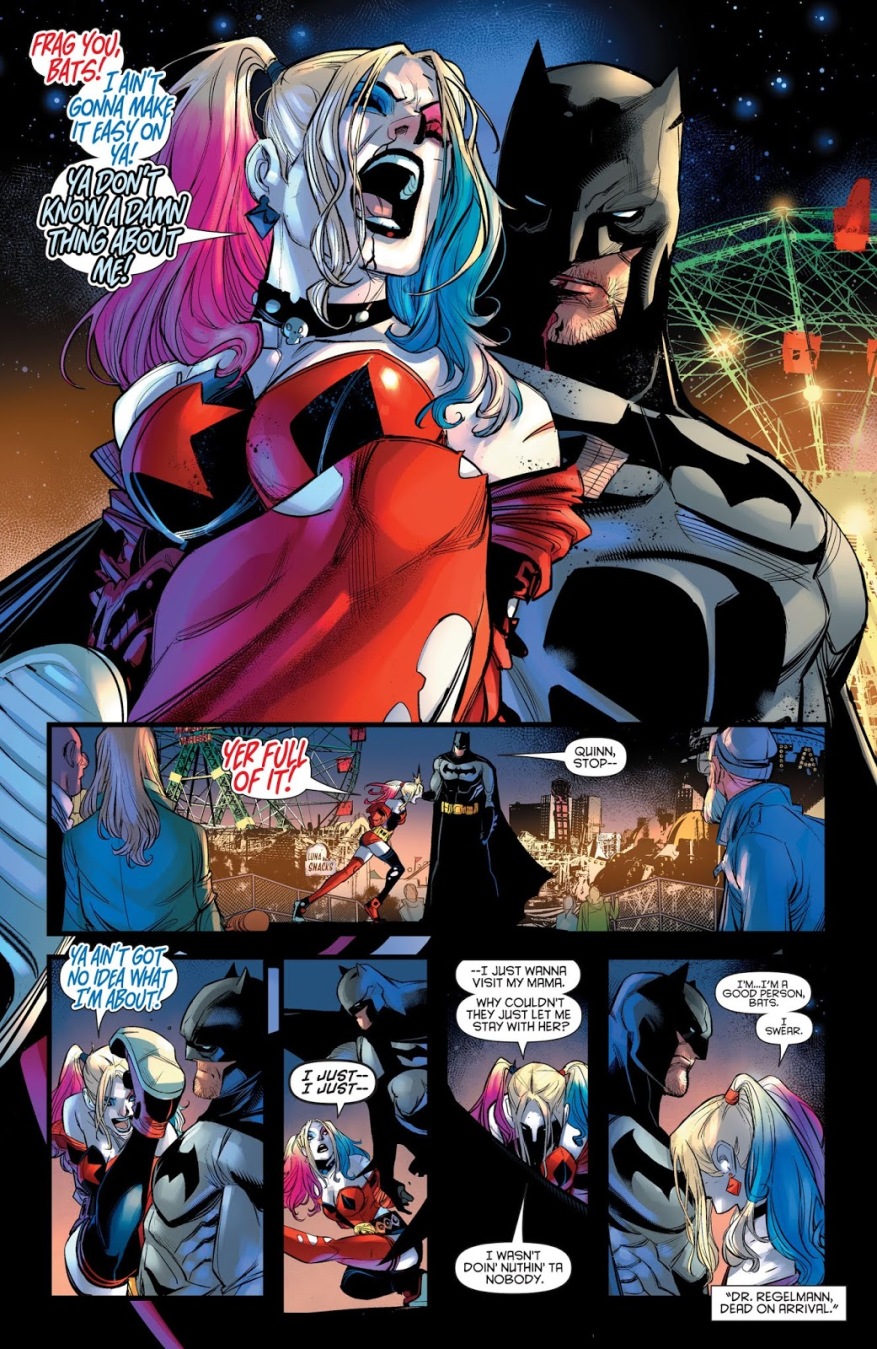 Batman goes to Coney Island to arrest Harley Quinn for a suspected murder in Gotham city. Harley Quinn is hurt that he still thinks she’s evil, and cannot reform. Batman then tells her to her face that he thinks she’s irredeemable. That just hurts, Bats.