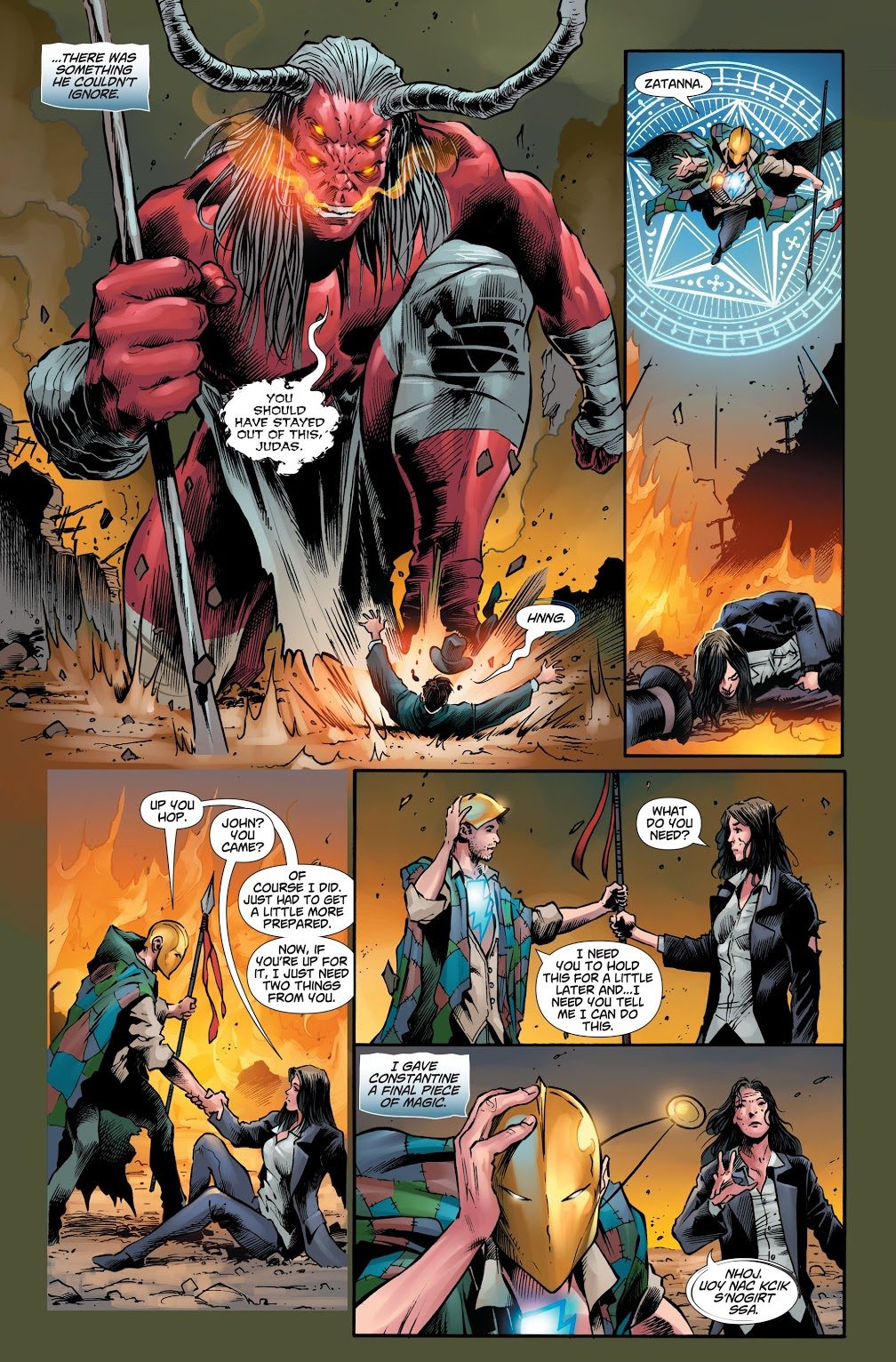 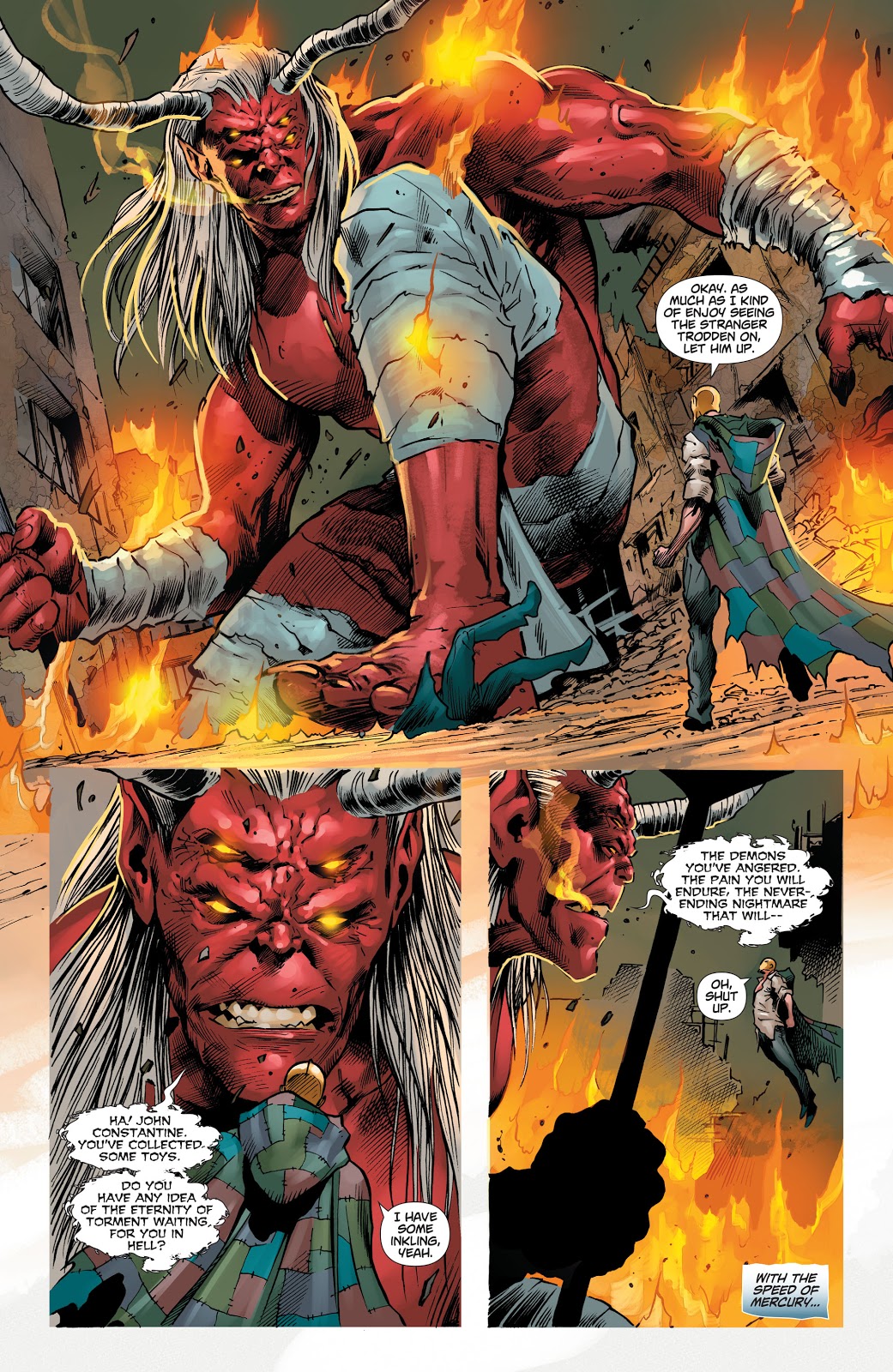 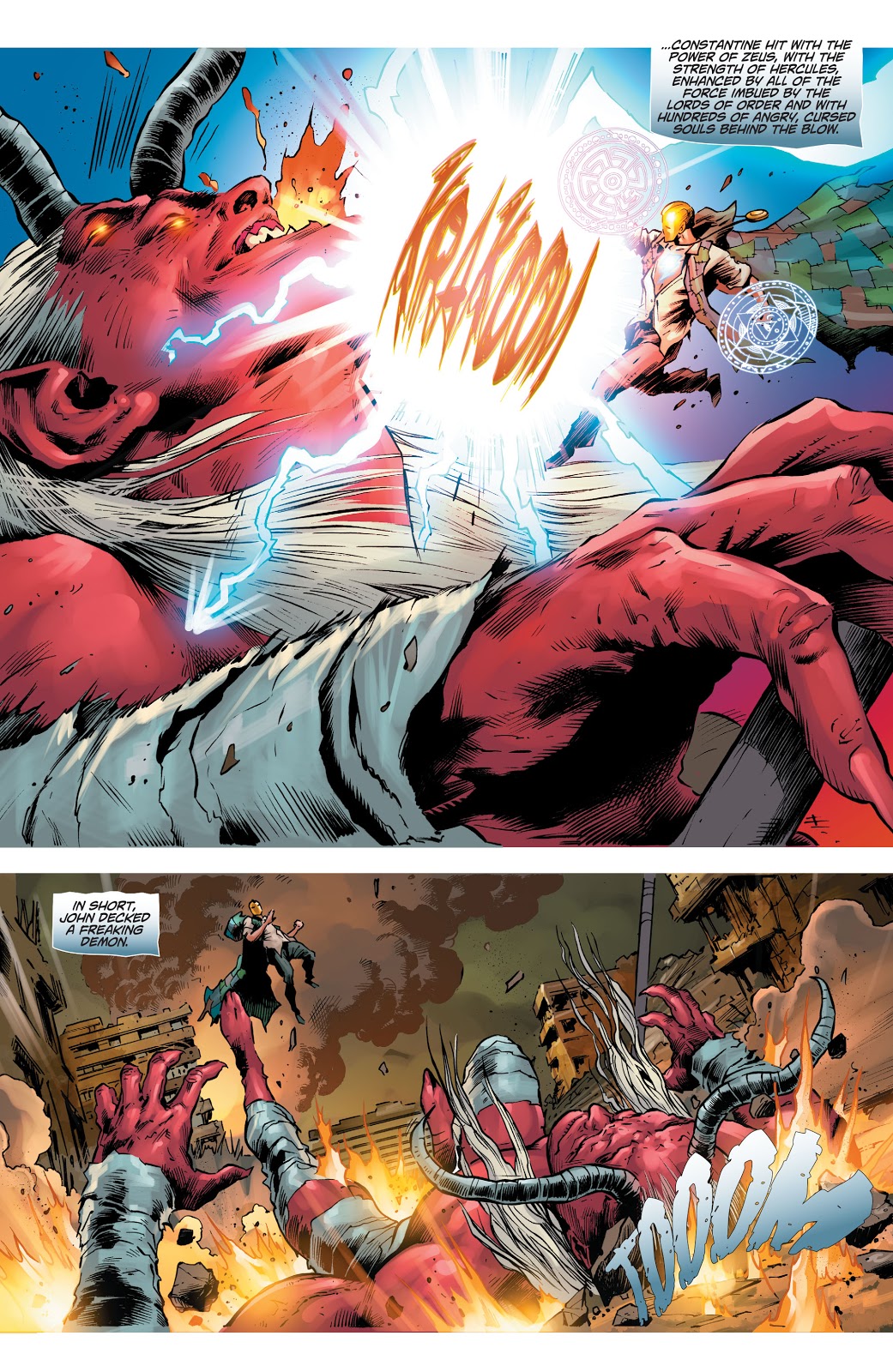 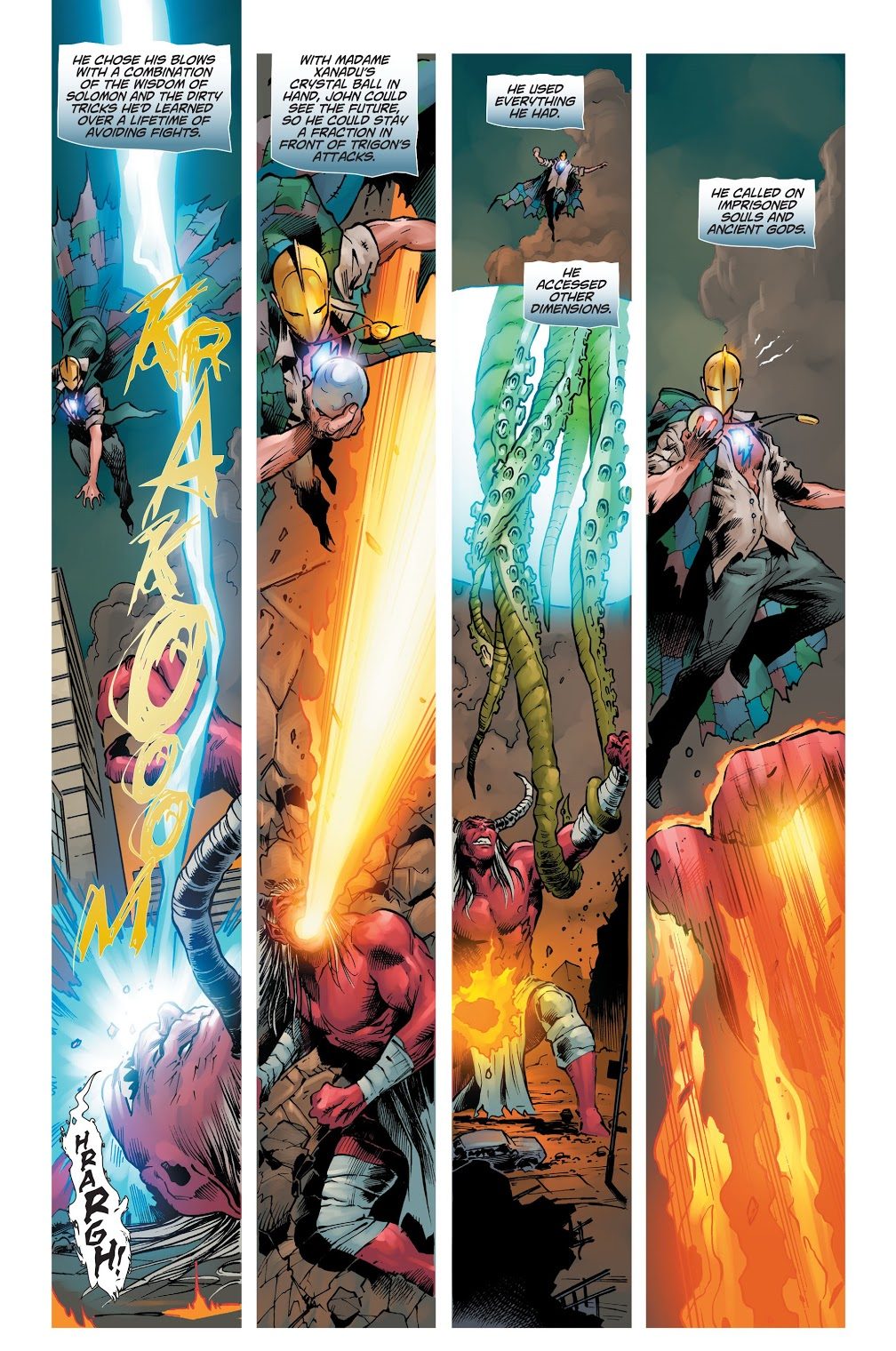 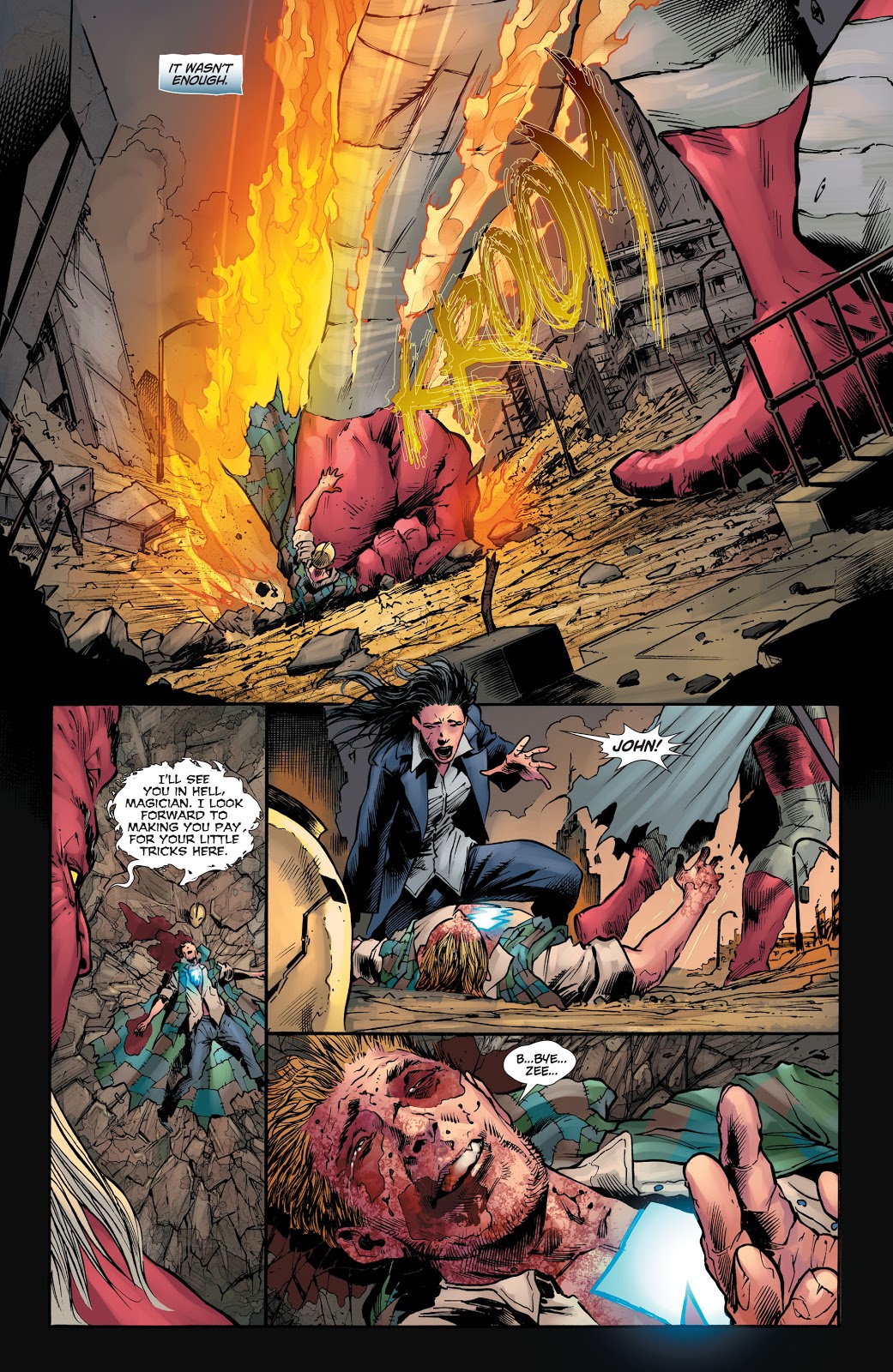 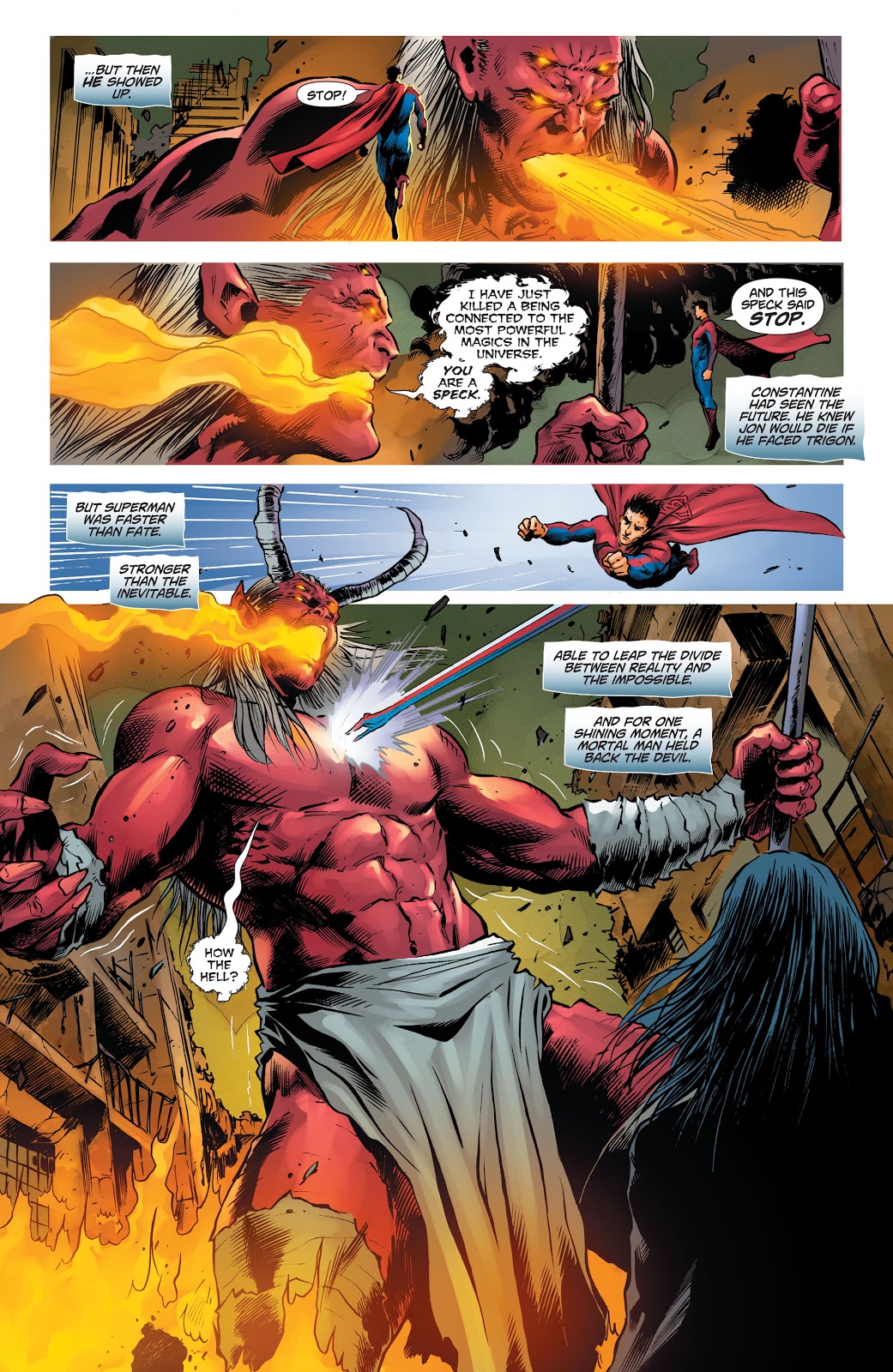 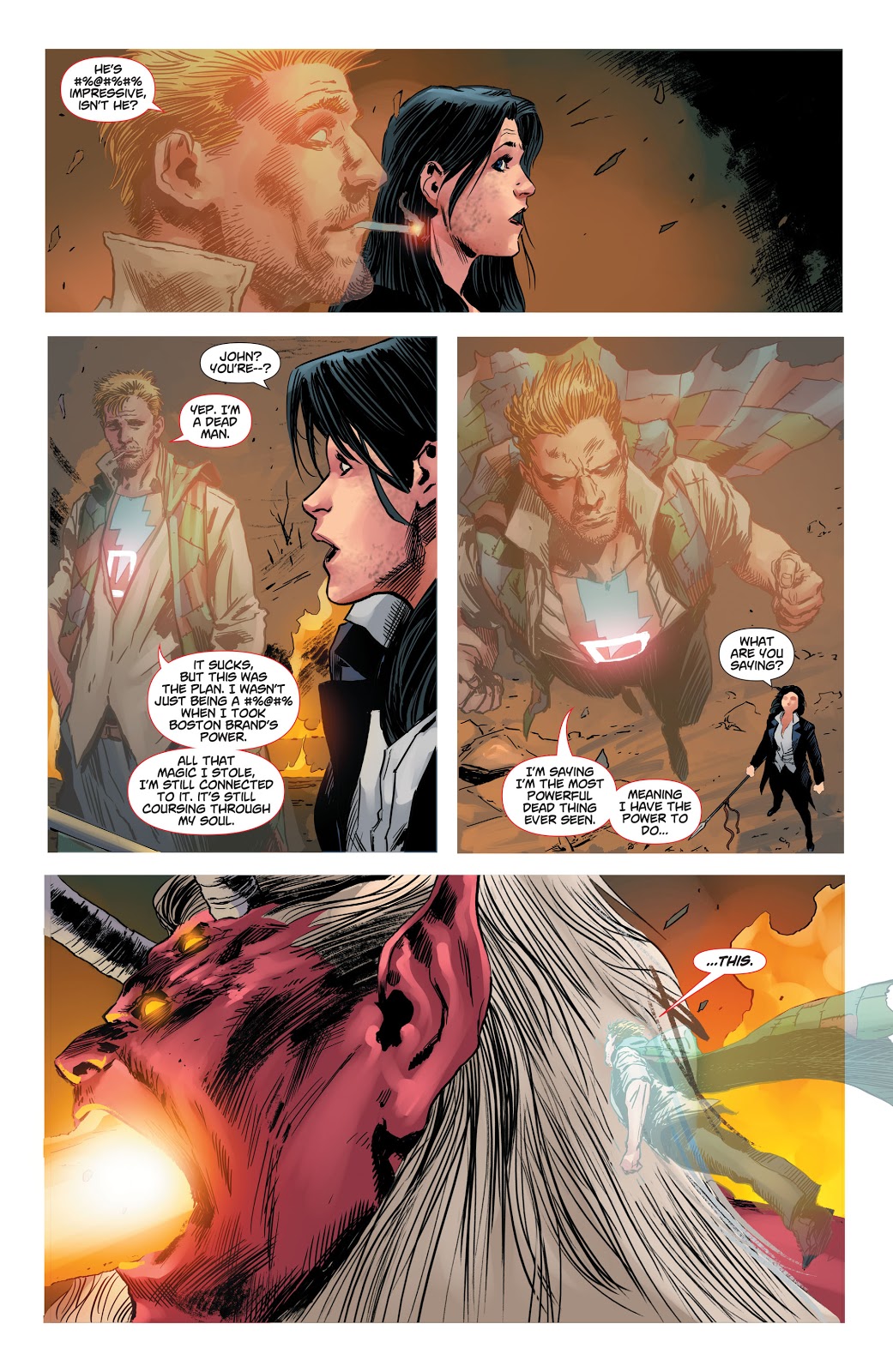 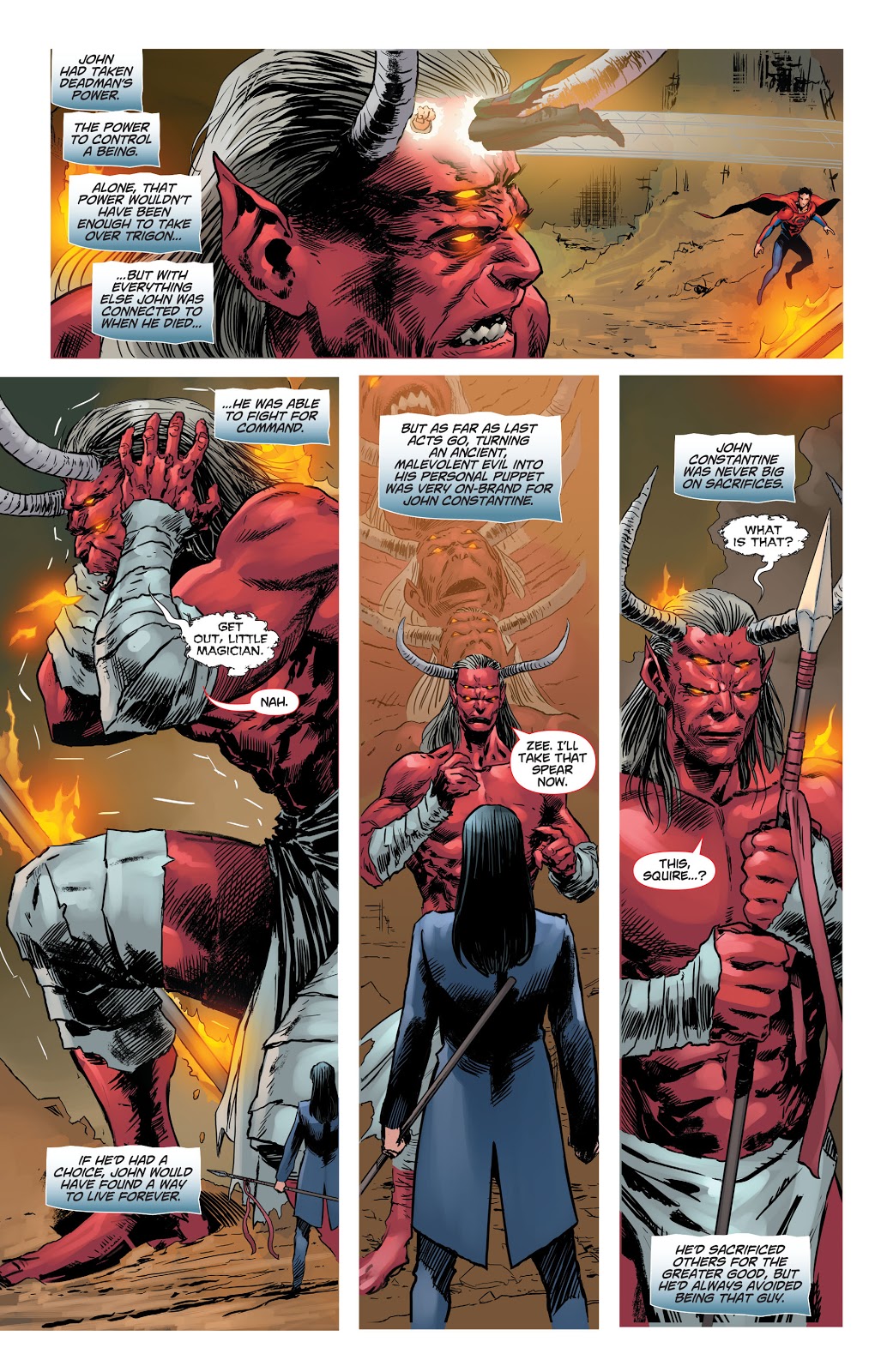 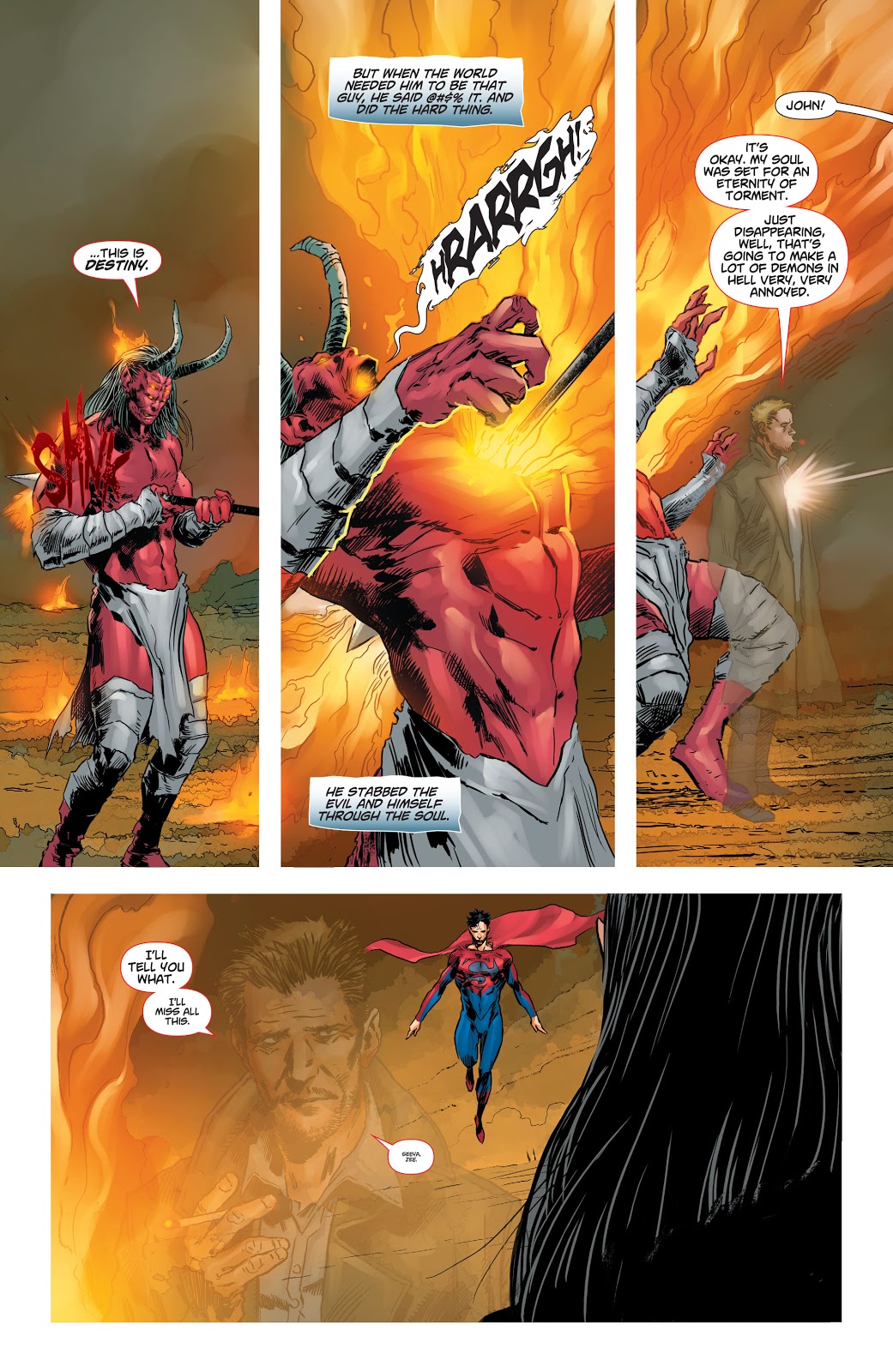 Constantine attacks Trigon and for a while, is able to hold against the demon by using Xanadu’s crystal ball, allowing him to stay a fraction ahead from Trigon’s attacks. In the end, Trigon is able to deal a mortal blow to Constantine and when everything seemed lost, the new Superman, Jonathan Samuel Kent, provides a breather by fighting Trigon.

The soul of Constantine remained in the mortal world by using Deadman’s power. He then used it to possess Trigon, and kill himself using the spear of destiny.