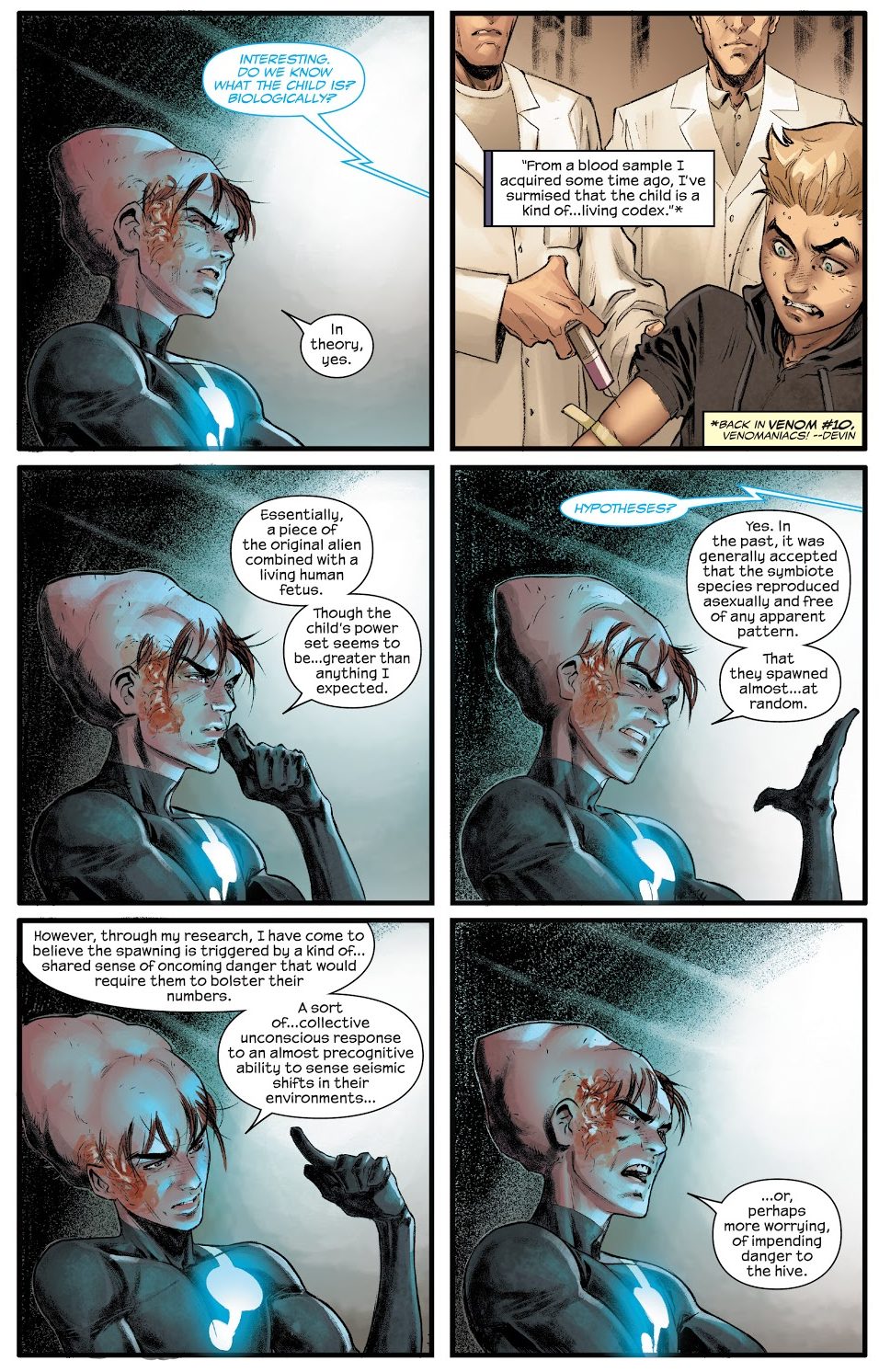 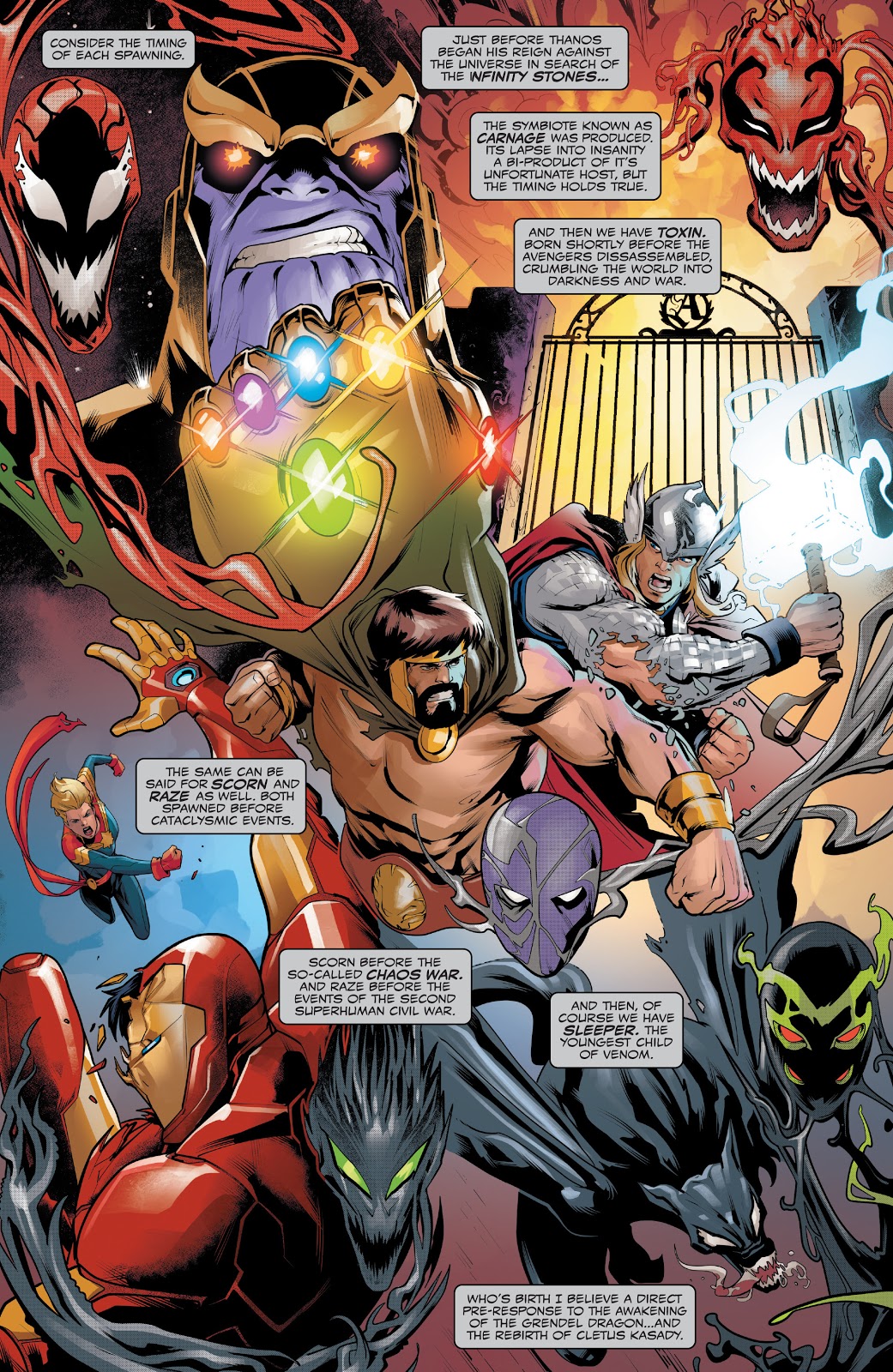 Yes. In the past, it was generally accepted that the symbiote species reproduced asexually and free of any apparent pattern. That they spawned almost… at random. However, through my research, I have come to believe the spawning is triggered by a kind of… shared sense of oncoming danger that would require them to bolster their numbers. A sort of… collective unconscious response to an almost precognitive ability to sense seismic shifts in their environments… or perhaps more worrying, if impending danger to the hive.
Consider the timing of each spawning. Just before Thanos began his reign against the universe in search of the Infinity Stones… the symbiote known as Carnage was produced. Its lapse into insanity a bi-product of it’s unfortunate host, but the timing holds true. And then we have Toxin. Born shortly before the Avengers disassembled, crumbling the world into darkness and war.
The same can be said for Scorn and Raze as well. Both spawned before cataclysmic events. Scorn before the so-called Chaos War. And Raze before the events of the second superhuman civil war. And then, of course we have Sleeper. The youngest child of Venom. Who’s birth I believe a direct pre-response to the awakening of the Grendel dragon… and the rebirth of Cletus Kasady.