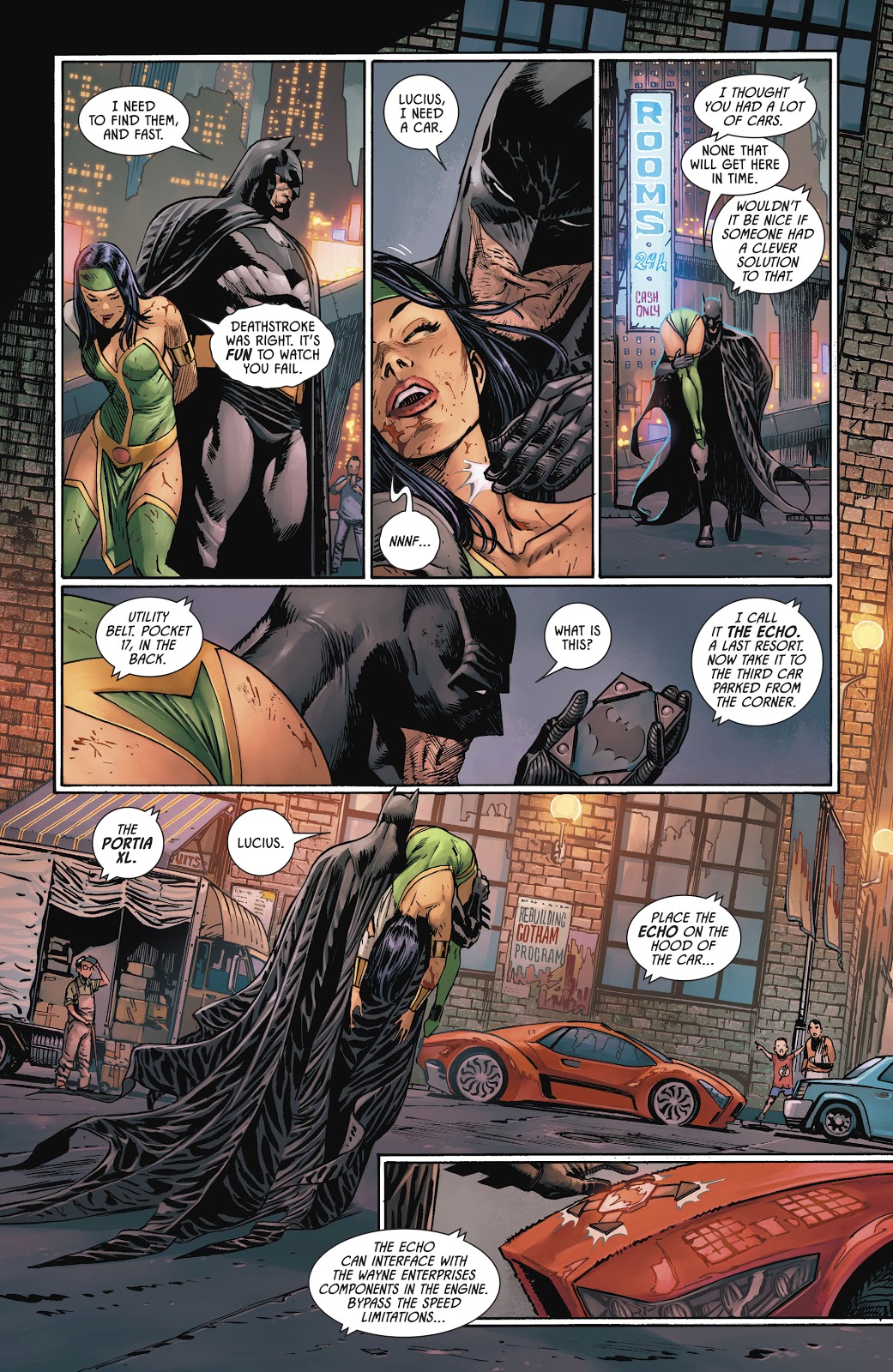 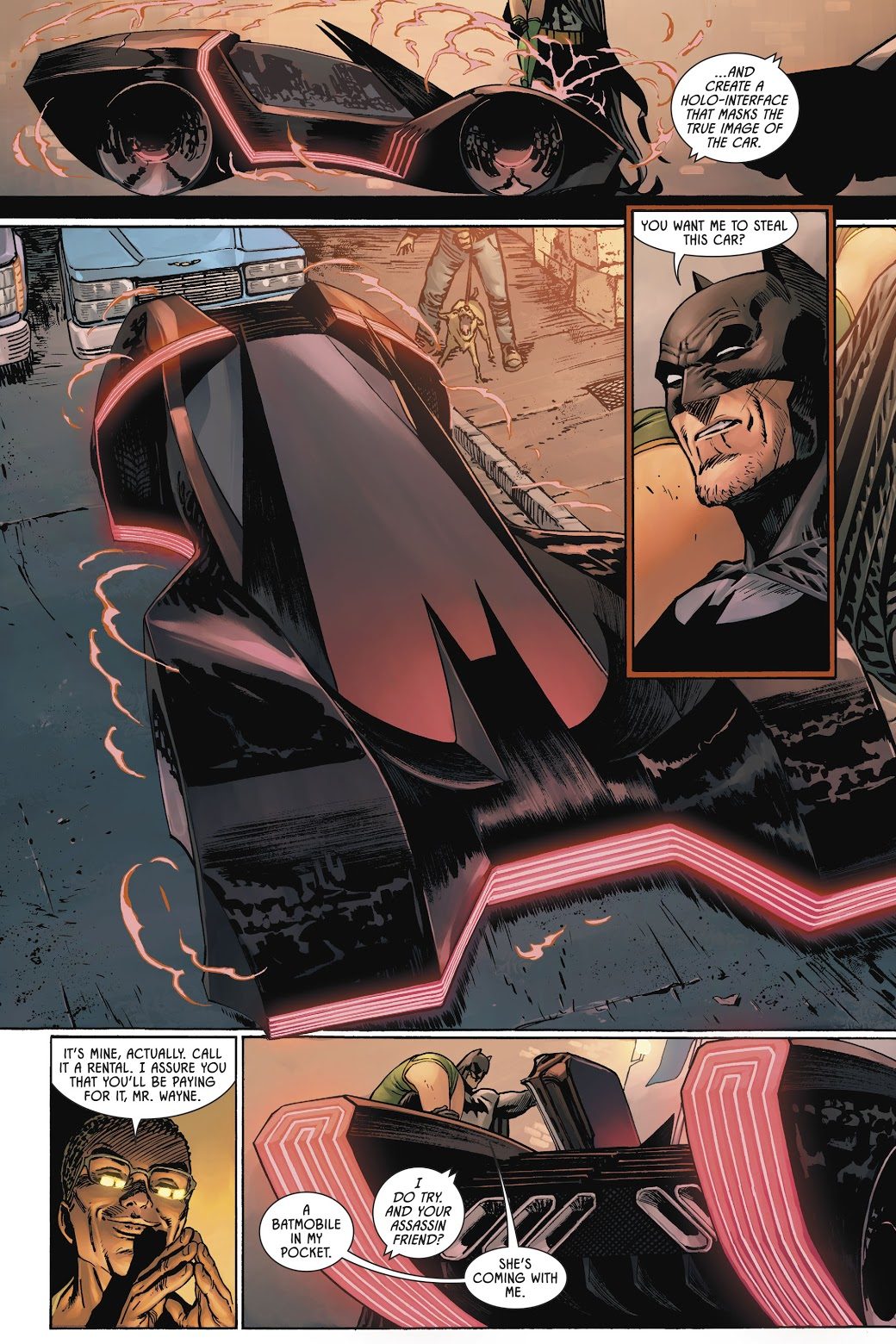 Lucius Fox invented a gadget for Batman called the Echo. It can fit inside one of Batman’s utility belt pouches, and is cautioned to only be used as a last resort. It’s placed on the hood of any cars and it interfaces with Wayne Enterprises components inside the car, bypassing speed limitations and cloaking the car in a holo-interface, making it look like a batmobile.

In short, it’s a device that allows Batman to steal any car and turn it into a Batmobile for emergencies.