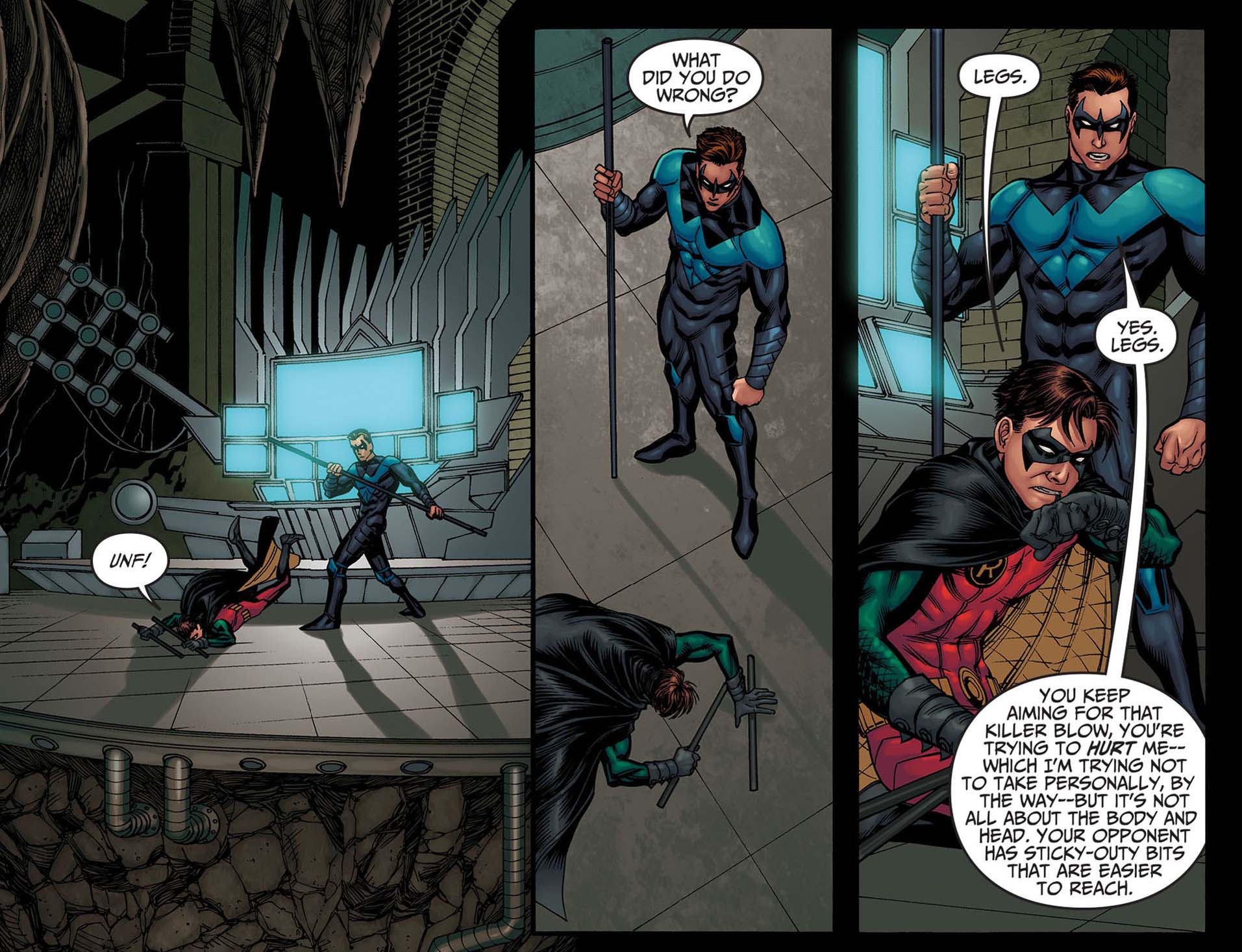 Robin: Unf!
Nightwing: What did you do wrong?
Robin: Legs.
Nightwing: Yes. Legs. You keep aiming for that killer blow, you’re trying to hurt me–which I’m trying not to take personally, by the way–but it’s not all about the body and head. Your opponents has sticky-outy bits that are easier to reach. 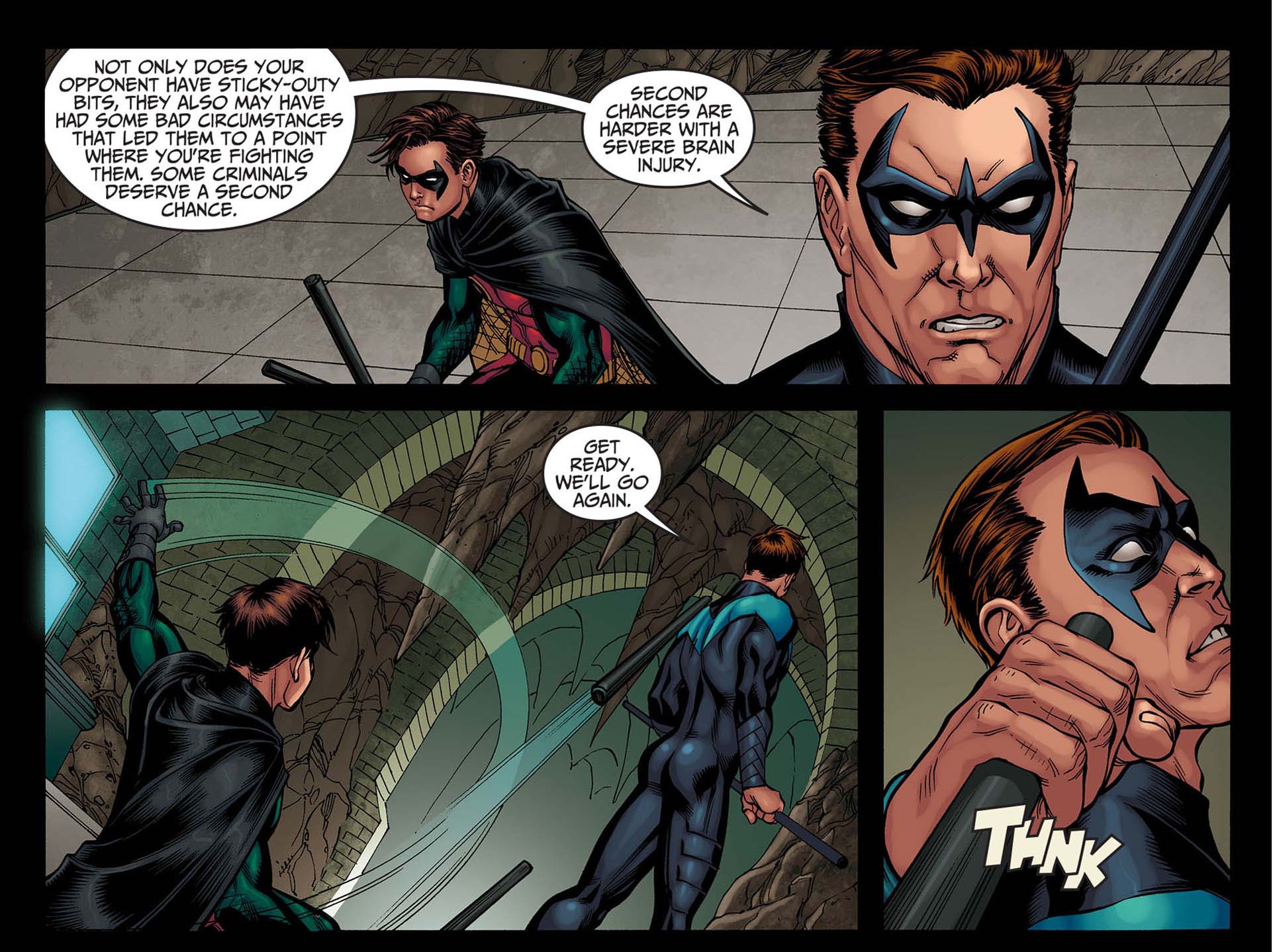 Nightwing: Not only does your opponent have sticky-outy bits, they also may have had some bad circumstances that led them to a point where you’re fighting them. Some criminals deserve a second chance. Second chances are harder with a severe brain injury. Get ready. We’ll go again.

From – Injustice Gods Among Us #10