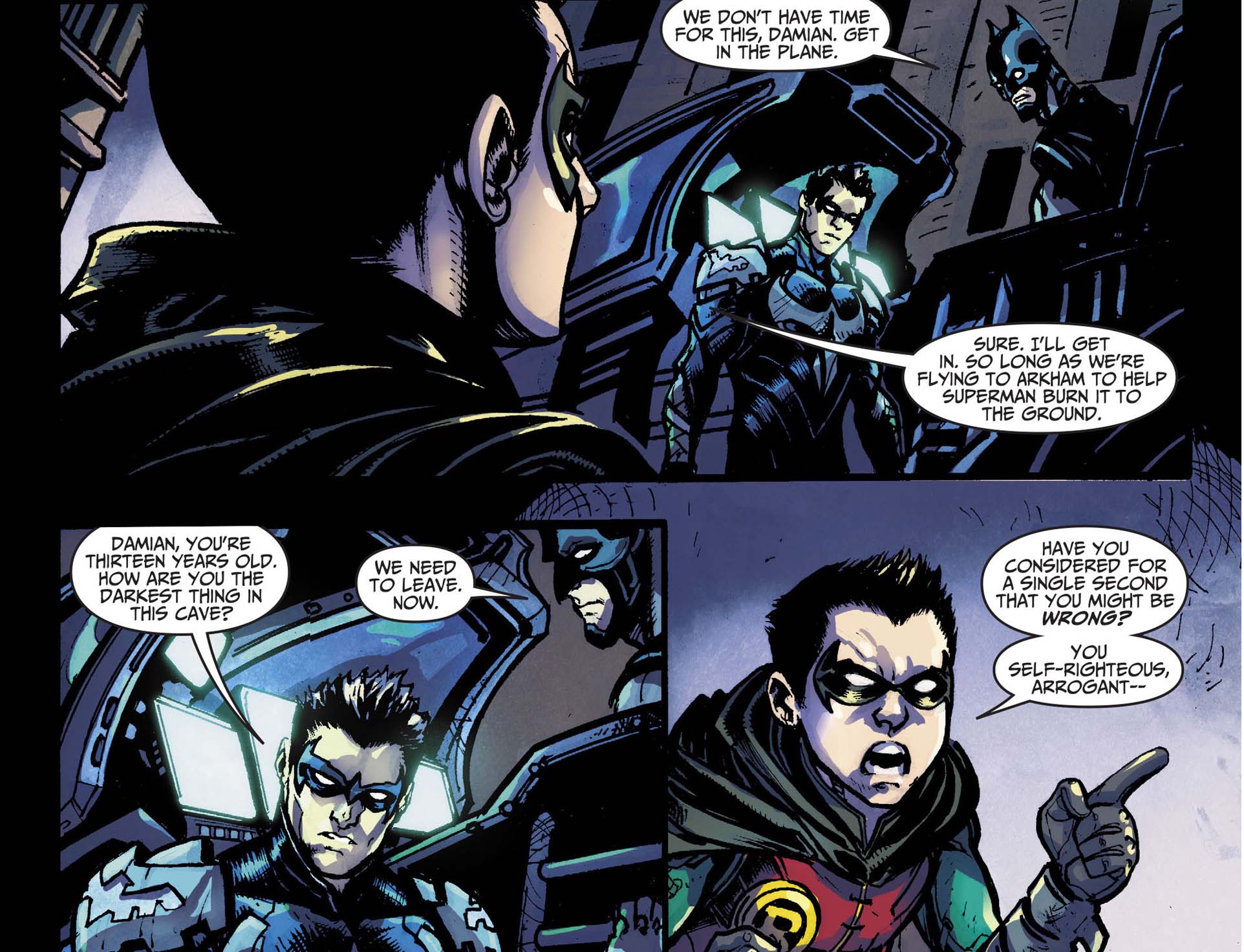 Batman: We don’t have time for this, Damian. Get in the plane.
Robin: Sure. I’ll get in. So long as we’re flying to Arkham to help Superman burn it to the ground.
Nightwing: Damian, you’re thirteen years old. How are you the darkest thing in this cave?
Batman: We need to leave. Now.
Robin: Have you considered for a single second that you might be wrong? You self-righteous, arrogant– 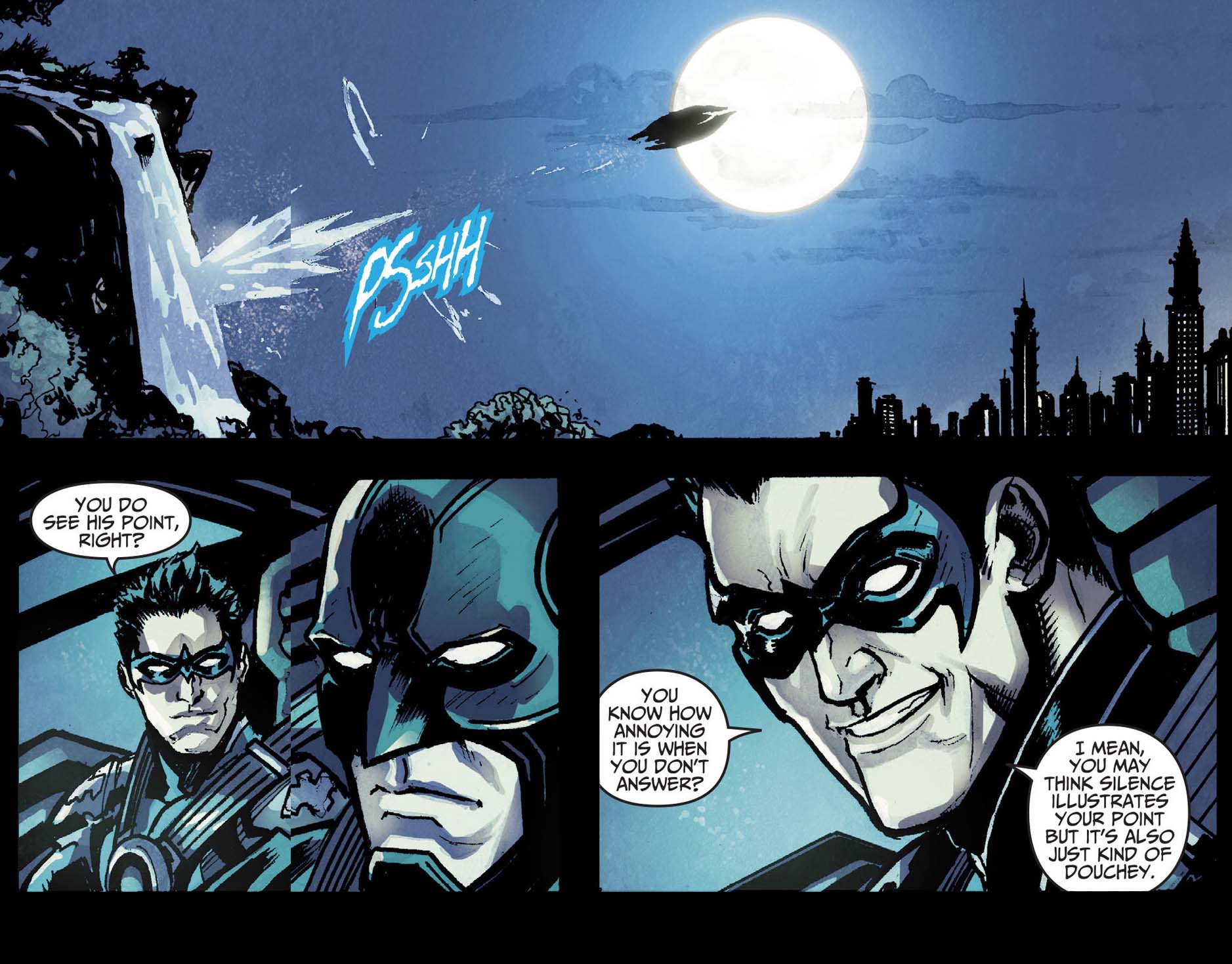 Nightwing: You do see his point, right? You know how annoying it is when you don’t answer? I mean, you may think silence illustrates your point but it’s also just kind of douchey. 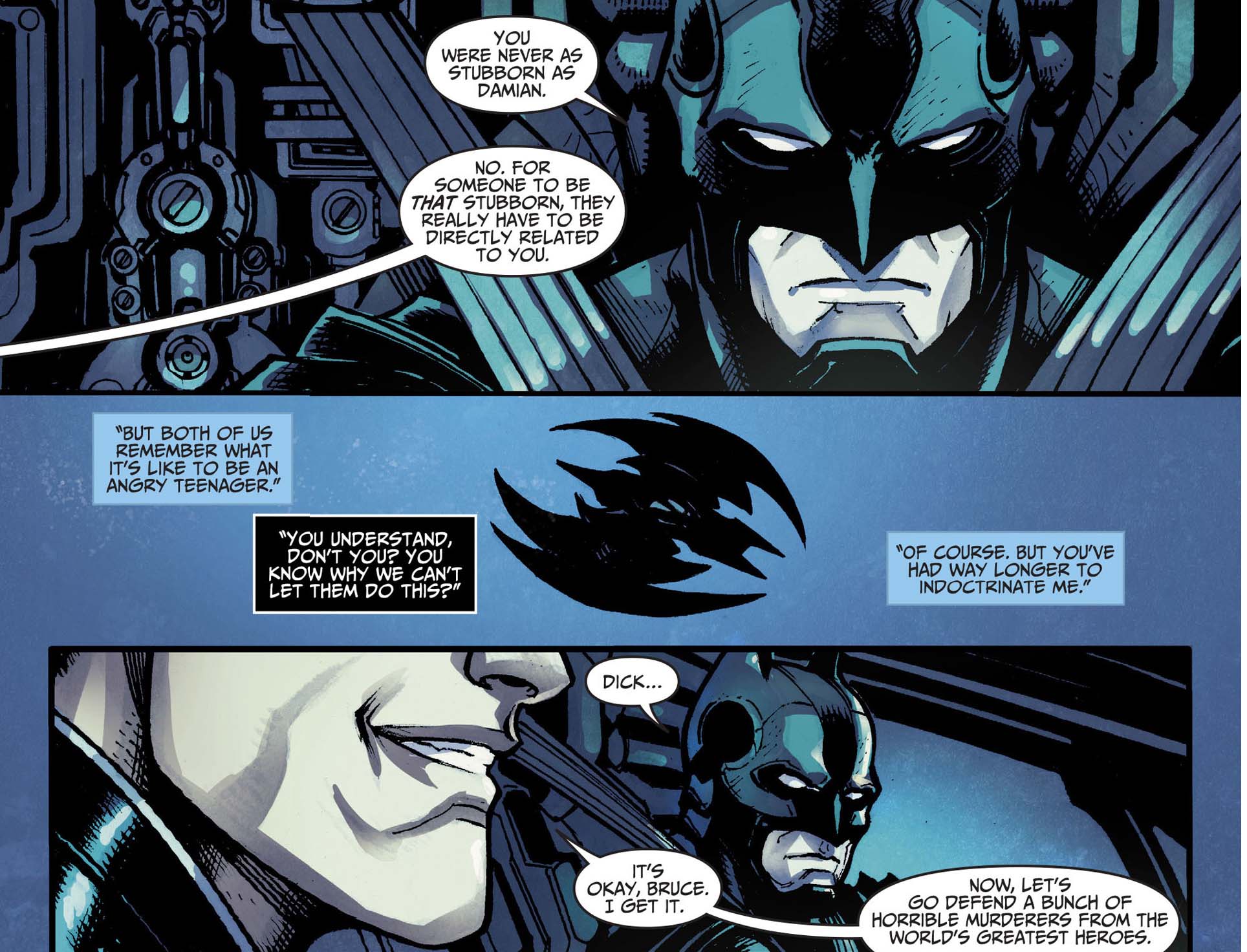 Batman: You were never as stubborn as Damian.
Nightwing: No. For someone to be that stubborn, they really have to be directly related to you. But both of us remember what it’s like to be an angry teenager.
Batman: You understand, don’t you? You know why we can’t let them do this?
Nightwing: Of course. But you’ve had way longer to indoctrinate me.
Batman: Dick…
Nightwing: It’s okay, Bruce. I get it. Now, let’s go defend a bunch of horrible murderers from the world’s greatest heroes.

From – Injustice Gods Among Us #14