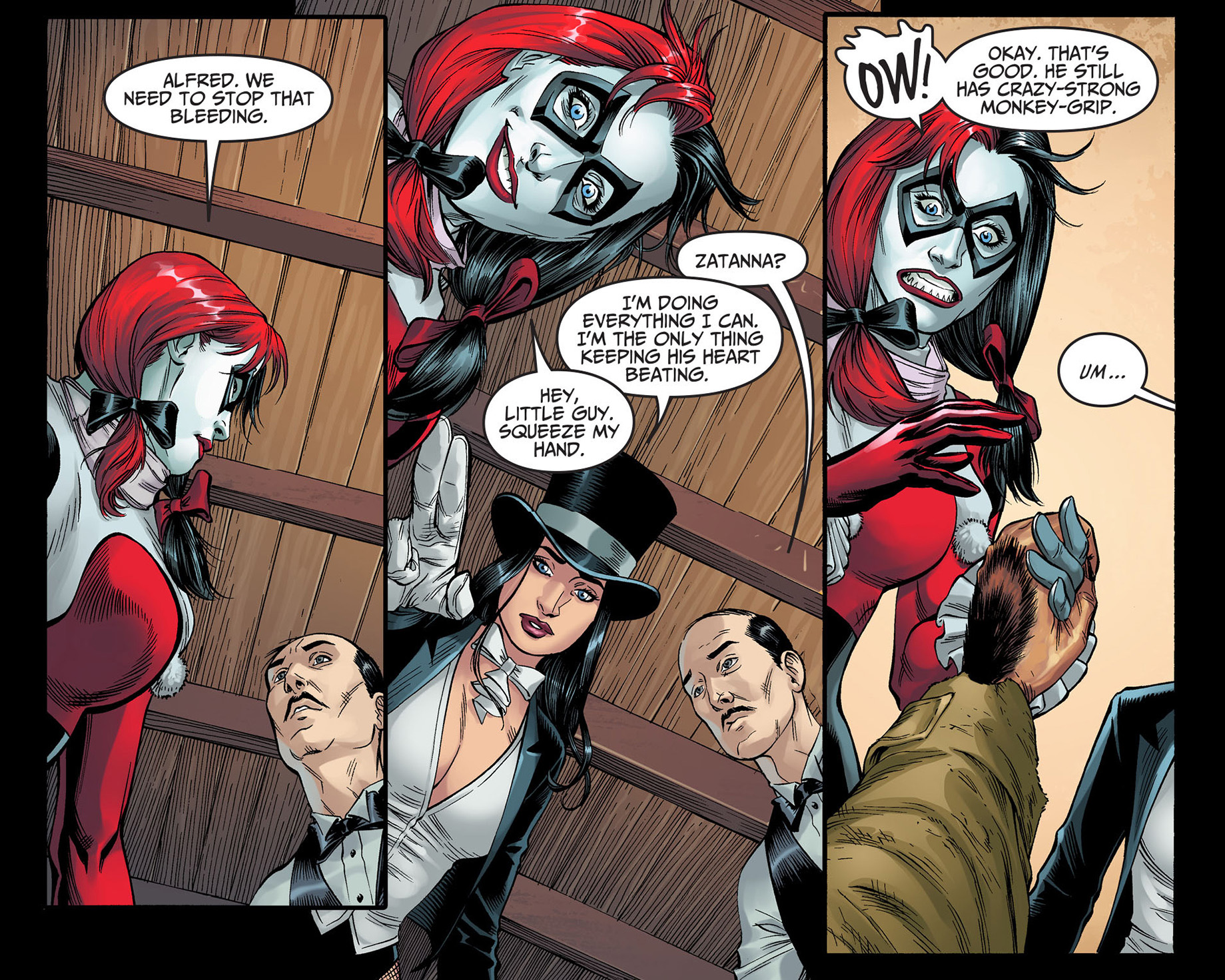 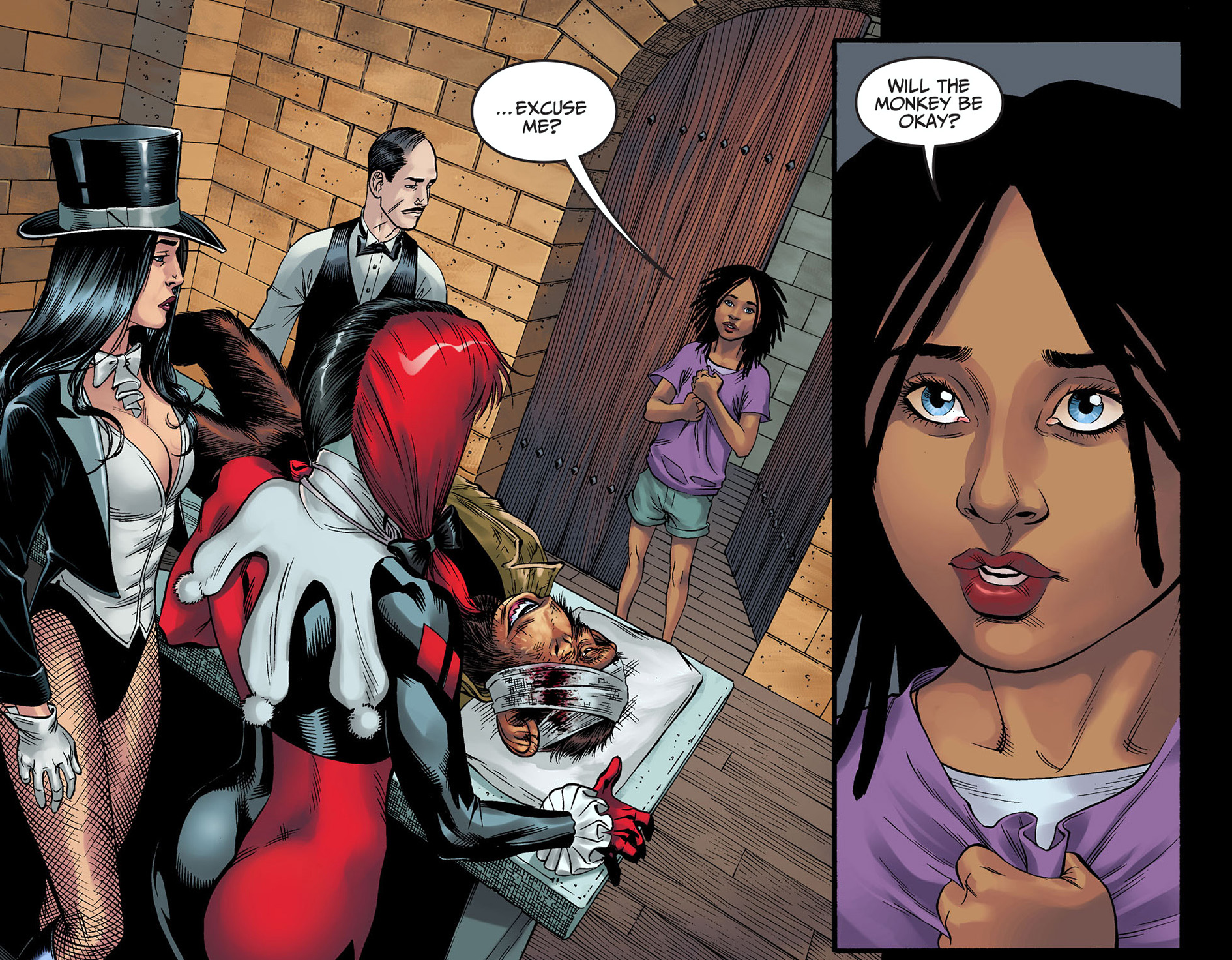 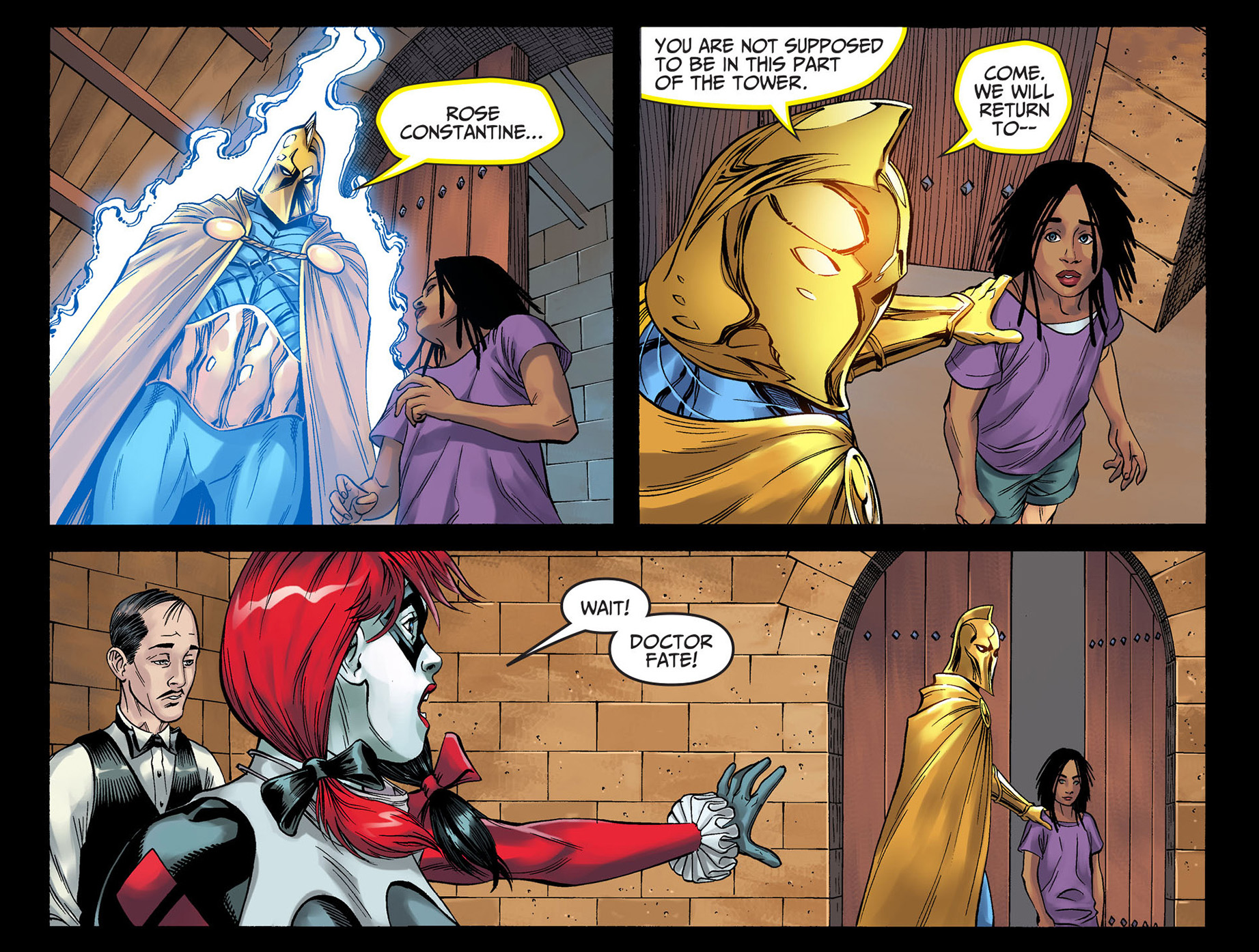 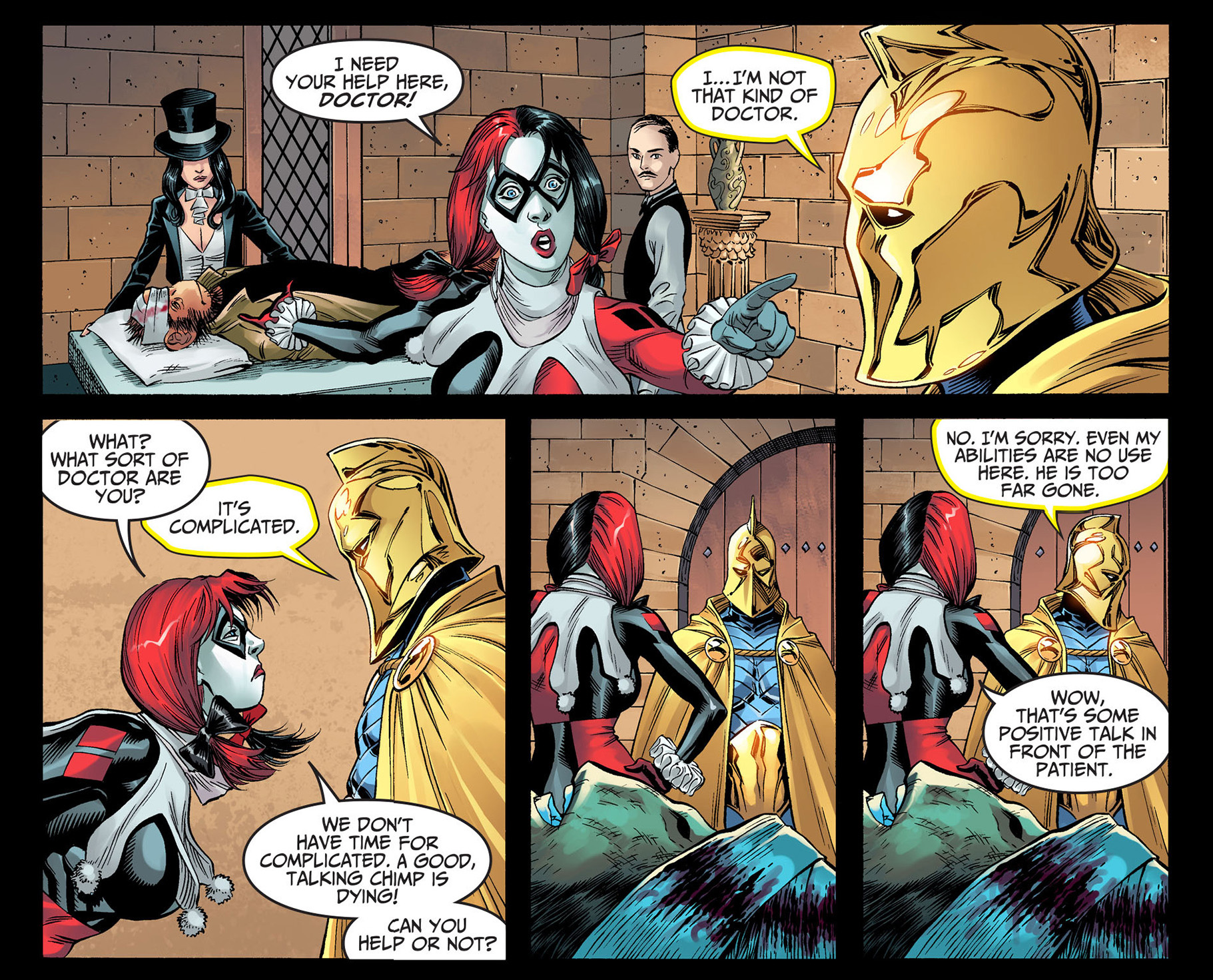 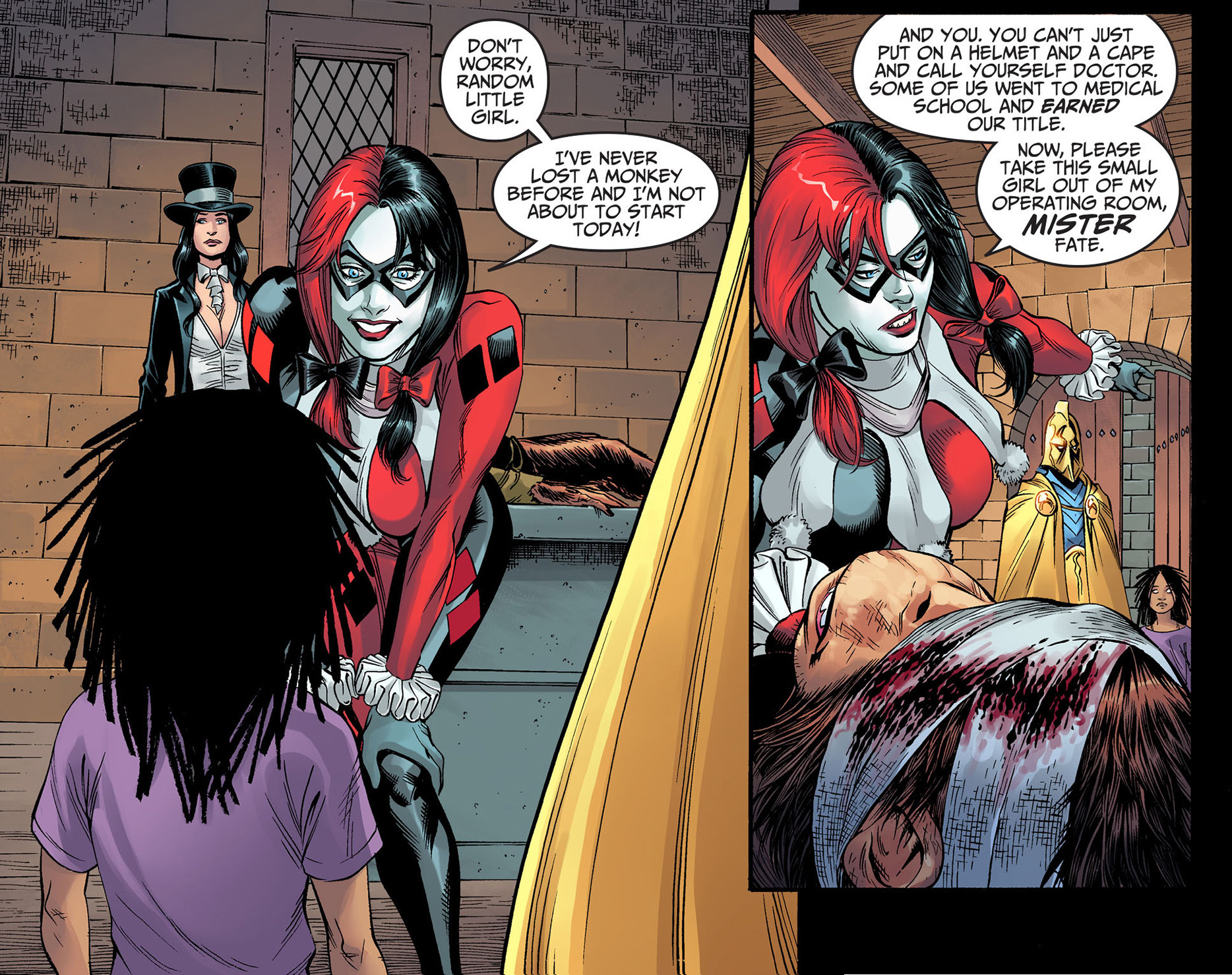 Harley Quinn: Wait! Doctor Fate! I need your help here, Doctor!
Doctor Fate: I…I’m not that kind of doctor.
Harley Quinn: What? What sort of doctor are you?
Doctor Fate: It’s complicated.
Harley Quinn: We don’t have time for complicated. A good, talking chimp is dying! Can you help or not?
Doctor Fate: No. I’m sorry. Even my abilities are no use here. He is too far gone.
Harley Quinn: Wow, that’s some positive talk in front of the patient. Don’t worry, random little girl. I’ve never lost a monkey before and I’m not about to start today! And you! You can’t just put on a helmet and a cape and call yourself doctor. Some of us went to medical school and earned our title. Now, please take this small girl out of my operating room, Mister Fate.

From – Injustice Gods Among Us Year 3 #5