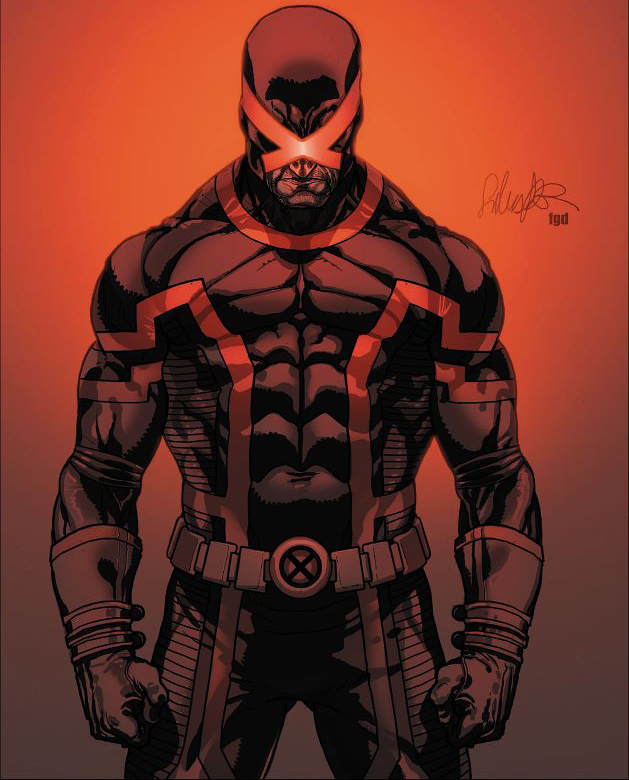 The argument about whether or not Cyclops has completely gone the villain route was already brewing after the events of House of M, when the world’s mutant population was reduced to less than 200 by a crazed Scarlet Witch.

Cyclops, the leader of the X-Men, became the defacto head of the remaining mutants by default and was forced to make a lot of hard decisions in order to preserve their species. But does his naysayers have just cause for their opinions? Let’s go through all the major reasons why Cyclops is hated.

True enough. Cyclops broke one of the cardinal rules of being a super hero, i.e. no killing. He reformed X-Force and filled it with the X-Men’s best trackers and killers. But remember, he did it out of desperation when the mutants were endangered and at their weakest moment. The only people he sanctioned for termination were enemies of mutant kind that actively hunted them down; groups like the Right and the Purifiers, the latter having already killed a large number of innocent mutant teenagers and were planning to kill more. 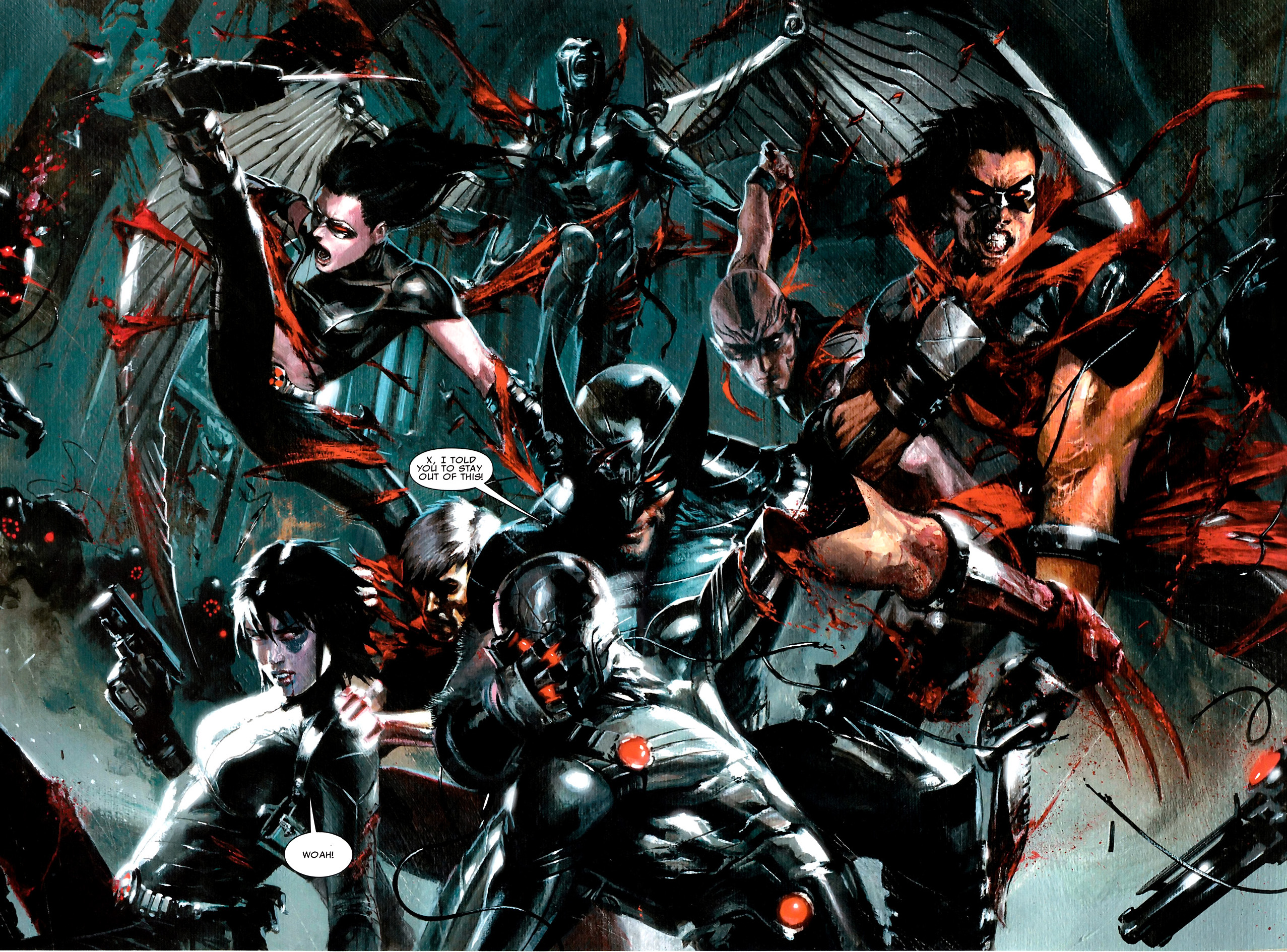 With his back to the wall, Scott decided that the only way he could protect the remaining mutants was to proactively eliminate potential threats. Now is it really morally reprehensible to kill your enemies when they’ve been killing your kids? When mutants started appearing after Hope Summers, the widely believed mutant messiah, came back from the future, Cyclops disbanded X-Force and it was Wolverine who continued with it without the former’s knowledge.

The whole reason why Wolverine and his faction split from Cyclops’s is because the savage killer felt that Cyclops was out of line in using children as soldiers. Any way you look at it, Cyclops is indeed guilty of that. But what’s the difference between what he did and what Professor X did? Didn’t Xavier take teenagers and train them to be warriors, too? To my knowledge, Cyclops never used mutant teens to engage in any lethal mission, with the exception of X-23, who at that point had already accumulated an impressive kill count on her own. Cyclops simply wanted his wards to be ready and prepared when a fight does come their way. And as persecuted mutants, how big of a chance do you think that scenario is likely to happen? 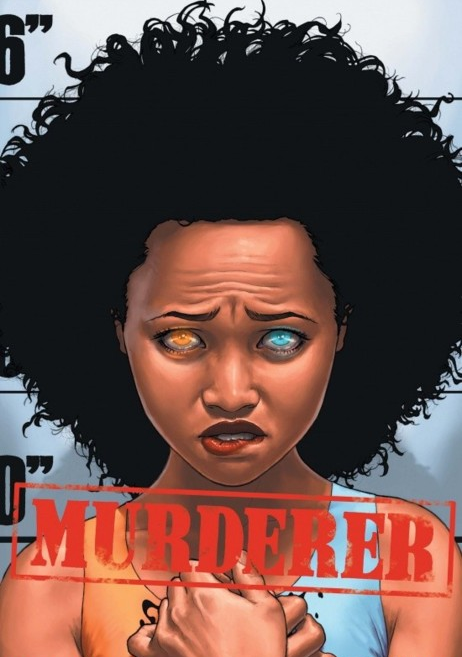 The breaking point between the two occurred when the Hellfire club attacked a group of X-Men on a museum trip. Led by their new leaders, the Hellfire club successfully incapacitated the heavy hitters of the X-Men and planned on detonating a bomb inside the museum full of civilians. As Cyclops and Wolverine rushed into the area, it became clear that they wouldn’t make it on time. Oya, one of the new mutants who emerged after Hope Summer’s return, was the only remaining active mutant inside the building. Now the thing with Oya is that she’s accidentally killed several people in her hometown when her mutant powers manifested. She’s a 14-year-old girl who genuinely thinks that she’s a monster who will eventually pay for her sins. If you could pick the very last person you’d want to go against a group of killers, it was definitely her. When she established psychic contact with both Cyclops and Wolverine, she asked what she needed to do as the bomb’s countdown was fast approaching. Wolverine snarled in protest that he could make it in time while Cyclops ordered her to do what she feels is right. He didn’t outright tell her to kill those henchmen, but I agree that’s hiding behind a technicality. But what were the alternatives? Had Oya not saved the day, 100 civilians would have died along with a good chunk of the X-Men. Wolverine can go act high and mighty all he wants, but the fact is he wasn’t there to help because he disobeyed his orders to go to a bar instead.

Cyclops Gambled The Fate Of The World In AVX

Cyclops believed the Phoenix’s main goal in returning to Earth was to restore the mutant population, yet some fans feel that Cyclops took a huge gamble in his decision to fight the Avengers over it. But let’s look at the facts here: the Phoenix was coming to Earth no matter what anybody did. Cyclops was preparing Hope, the Phoenix host, for the Phoenix while Captain America and the Avengers were trying to prevent its arrival and abduct Hope in the process. Also consider that at this point, the Avengers had no experience at all with the Phoenix. Their only consultant in the matter was Wolverine, who was still sore over having to kill the last Phoenix host in the form of Jean Grey. And what was Wolverine’s plan with dealing with the Phoenix? I’ll give you a clue, it sounds awfully like snikt. Even Captain America was outraged about Wolverine’s plan on bumping off a teen. After the whole event was over, Cyclops summed up Wolverine’s idiotic plan best. 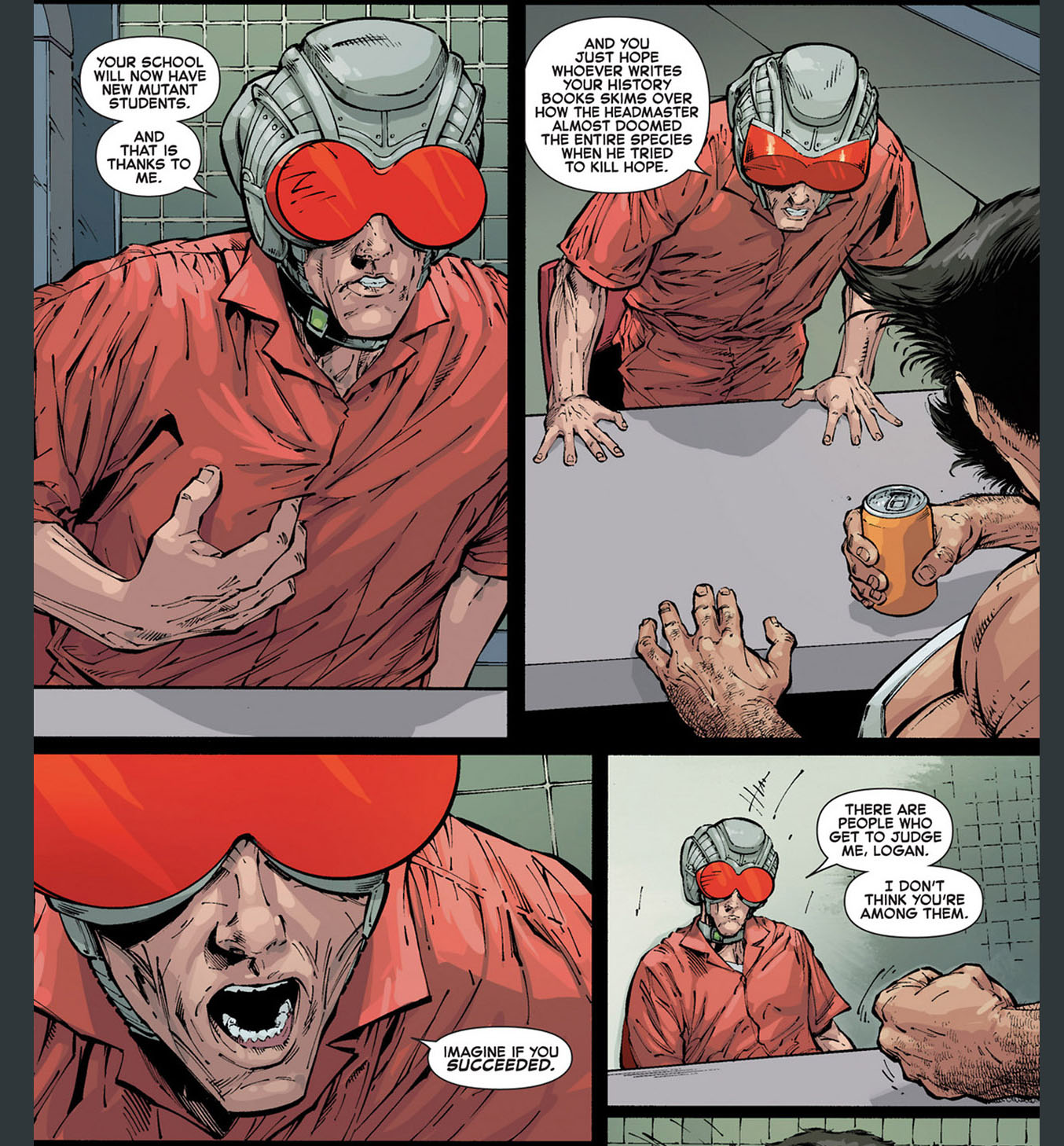 But aside from his gut feeling, why was Cyclops so convinced that he was right? He had a little help in that department through his time traveling son, Cable. According to his kid, Earth was destroyed when the Avengers succeeded in taking Hope from the X-Men. Horrified by the dismal future he witnessed, he came back in time and almost succeeded in taking out the primary Avengers until Cyclops and Hope stopped him. Before he was incarcerated, he managed to pass the information to Cyclops. In the end, Hope indeed brought back the mutant gene as it was believed. Had the Avengers helped instead, the Phoenix Five wouldn’t have even been born. This is actually one of the most important yet often neglected bit of the whole argument. Imagine you’re in Cyclops’s shoes: your son who came from the future just tells you the whole world goes to hell when the Avengers took Hope. Then out of nowhere, Captain America shows up uninvited in your home with a helicarrier full of Avengers, telling you, not asking, that he’s taking Hope with him. It was probably Cyclops’s worst nightmare come to light.

But The Phoenix Couldn’t Be Controlled

One of the incorrect arguments is that the Phoenix couldn’t be controlled by anyone. Examples of how Jean Grey and Emma Frost, two of the most powerful telepaths in the world, were unable to control it are undeniable. But it’s funny how Cyclops haters tend to conveniently overlook the fact that his daughter from a different timeline, Rachel Summers, was the Phoenix host for years and was completely fine with it. Jean Grey was fine with the Phoenix Force until the Hellfire Club had Mastermind mess with her head. 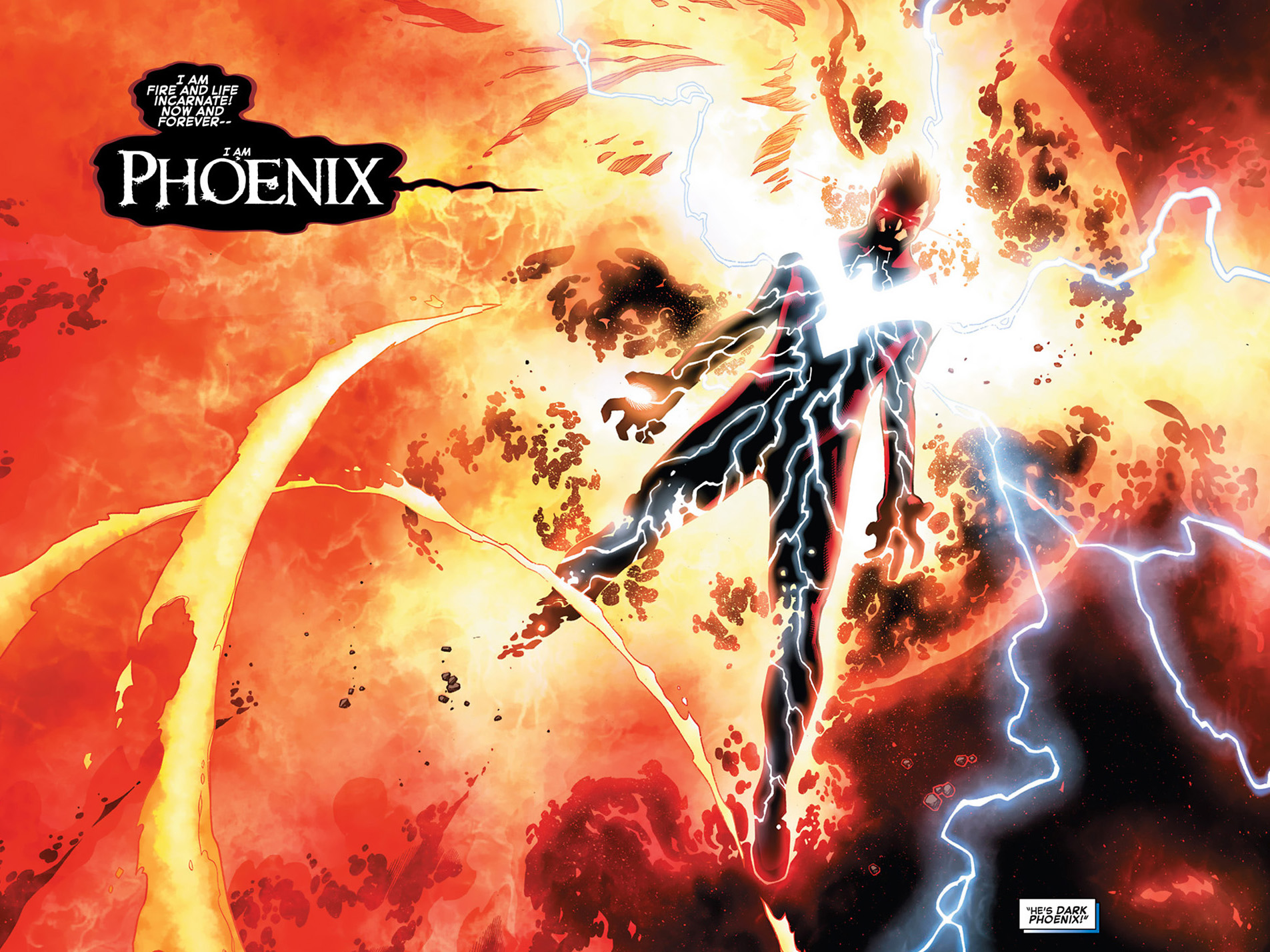 When Cyclops, Emma Frost, Colossus, Magik, and Namor were imbued with the scattered Phoenix Force and became the Phoenix Five, they immediately started making the world a better place. Cyclops declared no further wars were to be fought all around the world. The Phoenix Five started providing abundant food, free energy, and fresh water to the ones who needed it. Mister Fantastic even did the numbers and said that due to all of the Phoenix Five’s activities, crime and fatalities were at an all-time low. It was possibly the reason why Captain America and Iron Man were against it – because it made them obsolete. And do remember that it was only when Captain America and the Avengers attacked Utopia for the second time and tried abducting Hope again did Phoenix Five member Cyclops start engaging them in hostilities. 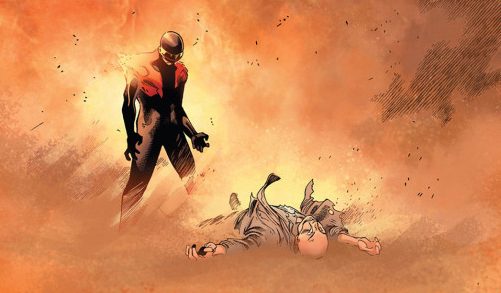 Yup. Probably one of the biggest impacts that the Avengers VS X-Men event had was when Cyclops killed his mentor in the end. What a monster, right? Sure, if you discount the fact that at this point, the other Phoenix Five members had lost their share of the Phoenix and all of it went to him alone. So now you have a person who isn’t even supposed to be a Phoenix host having all these powers while simultaneously being attacked by the combined forces of the Avengers and X-Men. And while this was all happening, Professor X was trying to invade Cyclops’s mind to shut him down, so it’s not as if he went out of his way and singled out Professor X to murder him.

Look at it this way – Jean killed an entire planet while in Dark Phoenix mode and is still viewed kindly, but a possessed Cyclops kills a man, the same man who mind-wiped him from remembering that he had a second brother who “died” on an X-Men mission, and he’s branded a criminal.

At the end of the day, it was Cyclops who took the brunt of the blame in order to get things done, and maybe that’s why his character has that very distinct appeal. He wasn’t looking for vindication and was even willing to go to jail for what he did. He regrets the price that needed to be paid but given the chance, he would do it all over again. 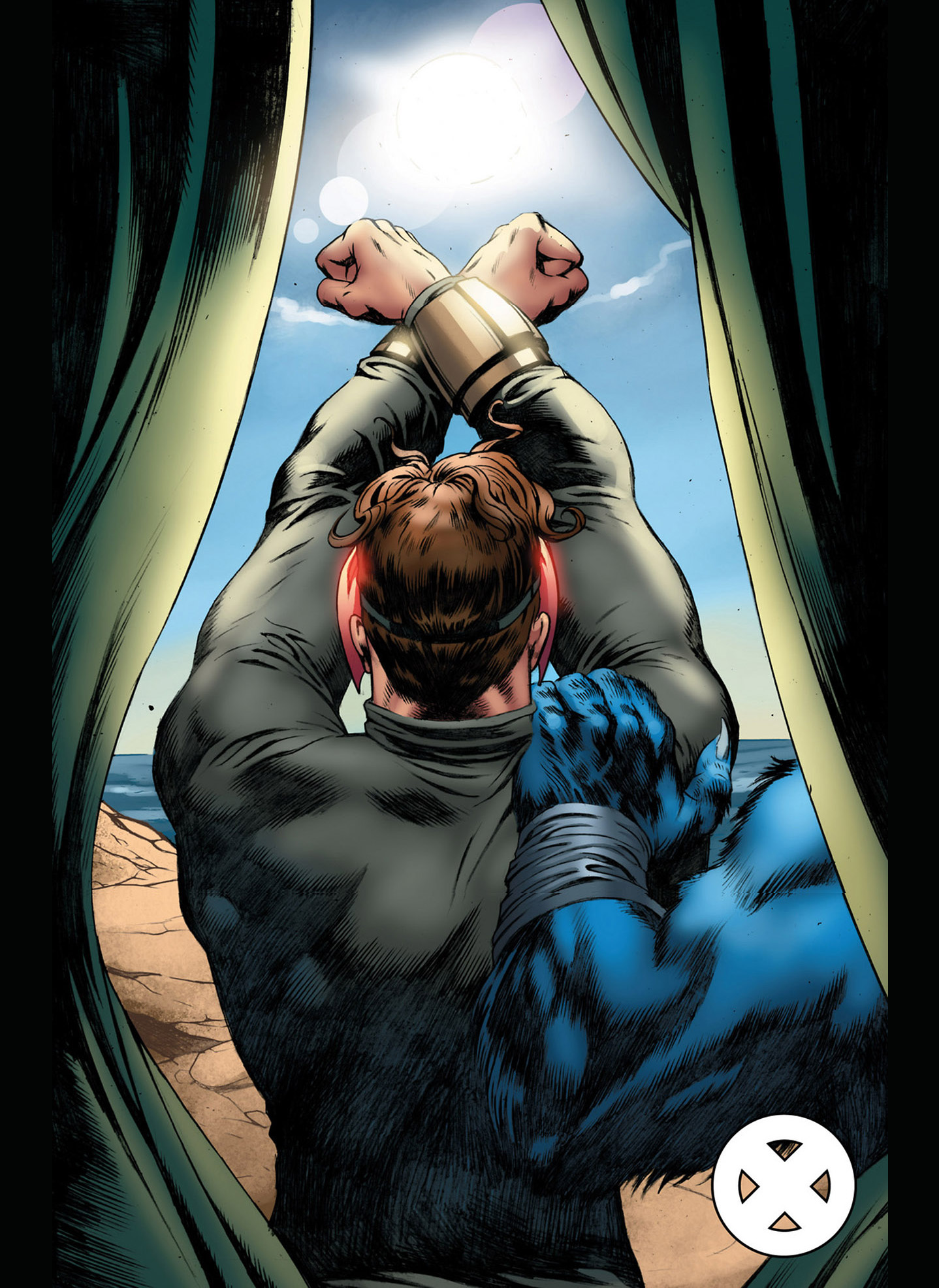 The Punisher Commits His First Murder

27 thoughts on “Why Cyclops Was Right”