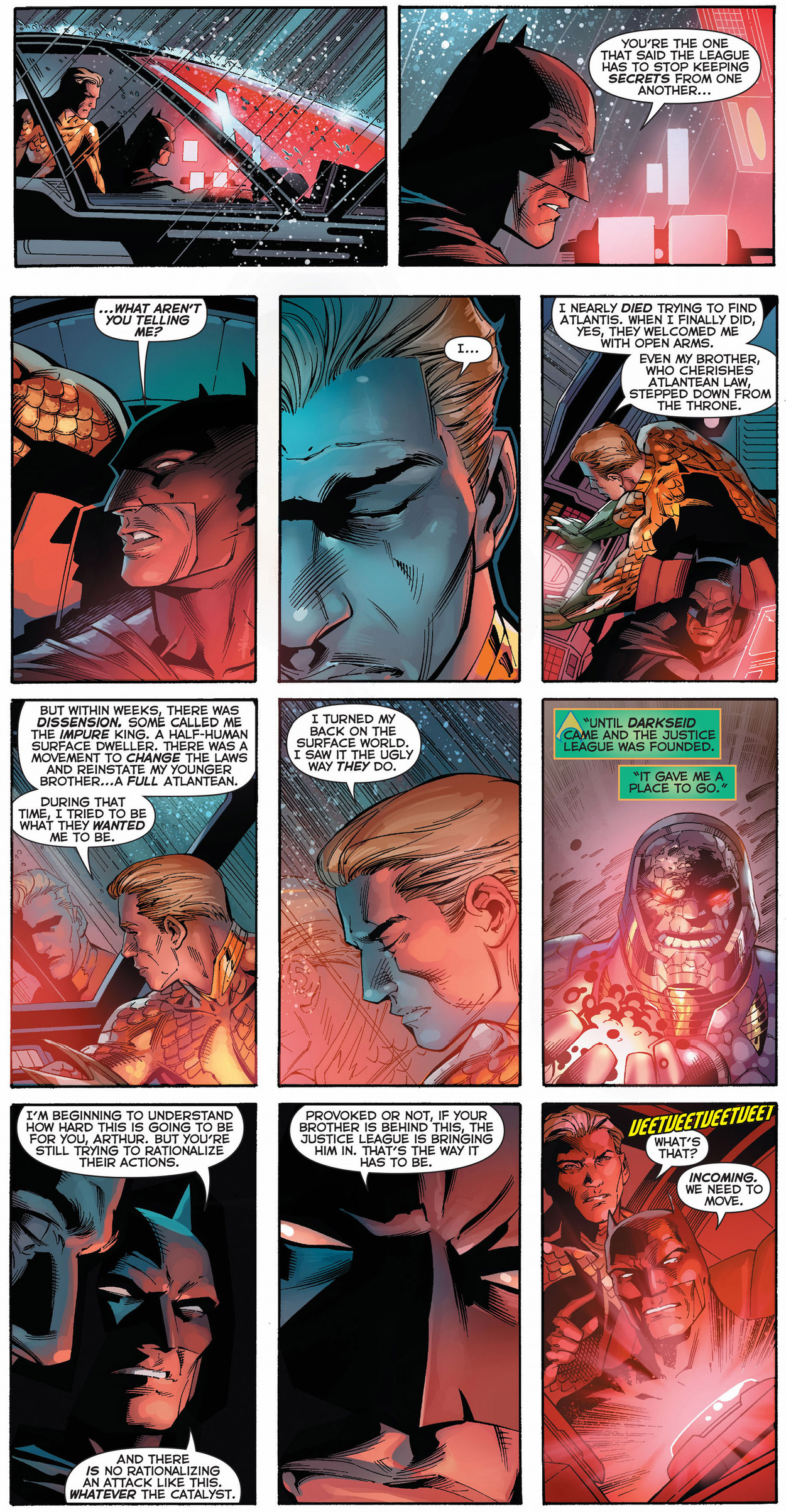 I nearly died trying to find Atlantis. When I finally did, yes, they welcomed me with open arms. Even my brother, who cherishes Atlantean law, stepped down from the throne. But within weeks, there was dissension, some called me the Impure King. A half-human surface dweller. There was a movement to change the laws and reinstate my younger brother…a full Atlantean. During that time, I tried to be what they wanted me to be. I turned my back on the surface world. I saw it the ugly way they do. Until Darkseid came and the Justice League was founded. It gave me a place to go.