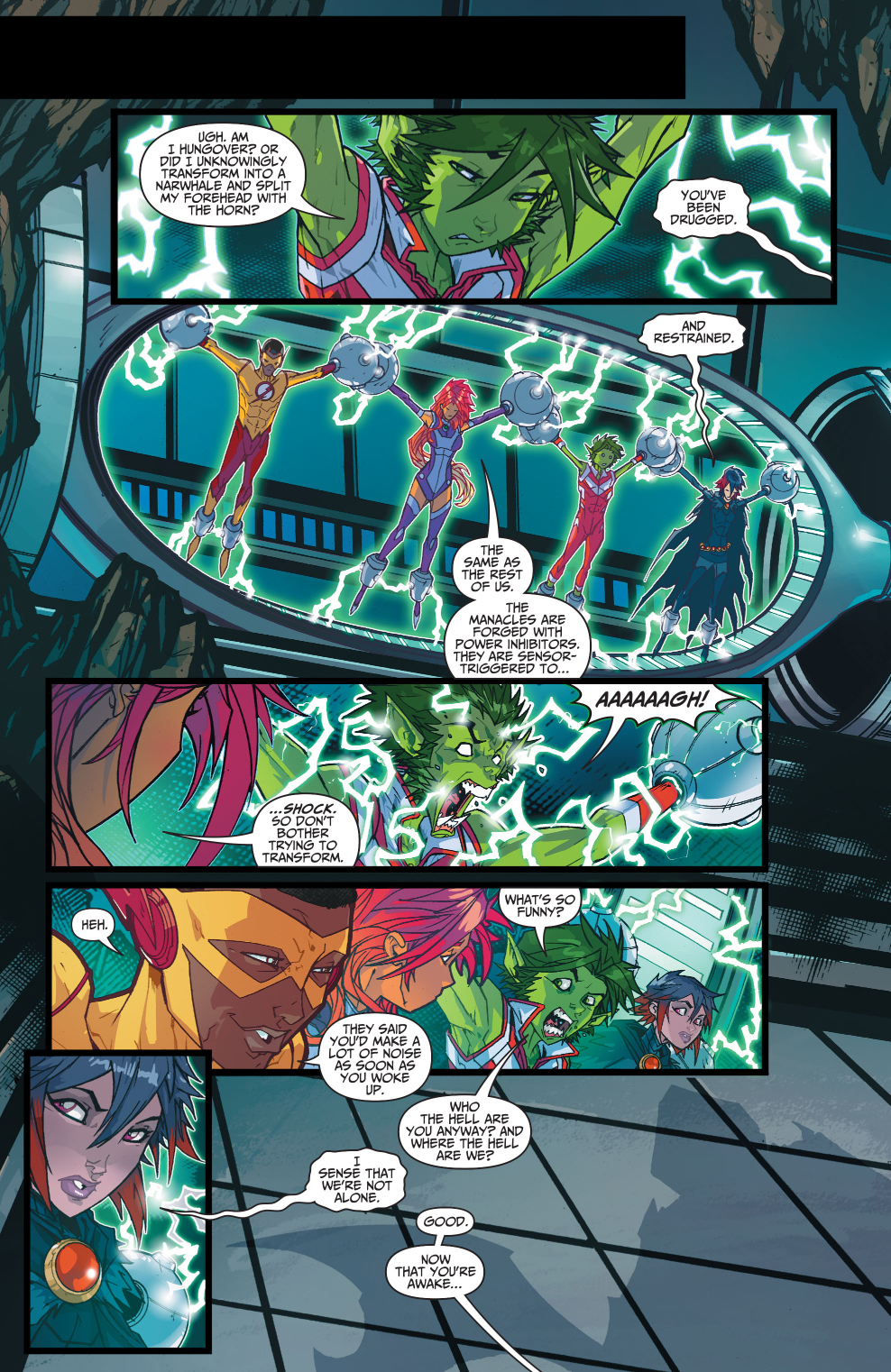 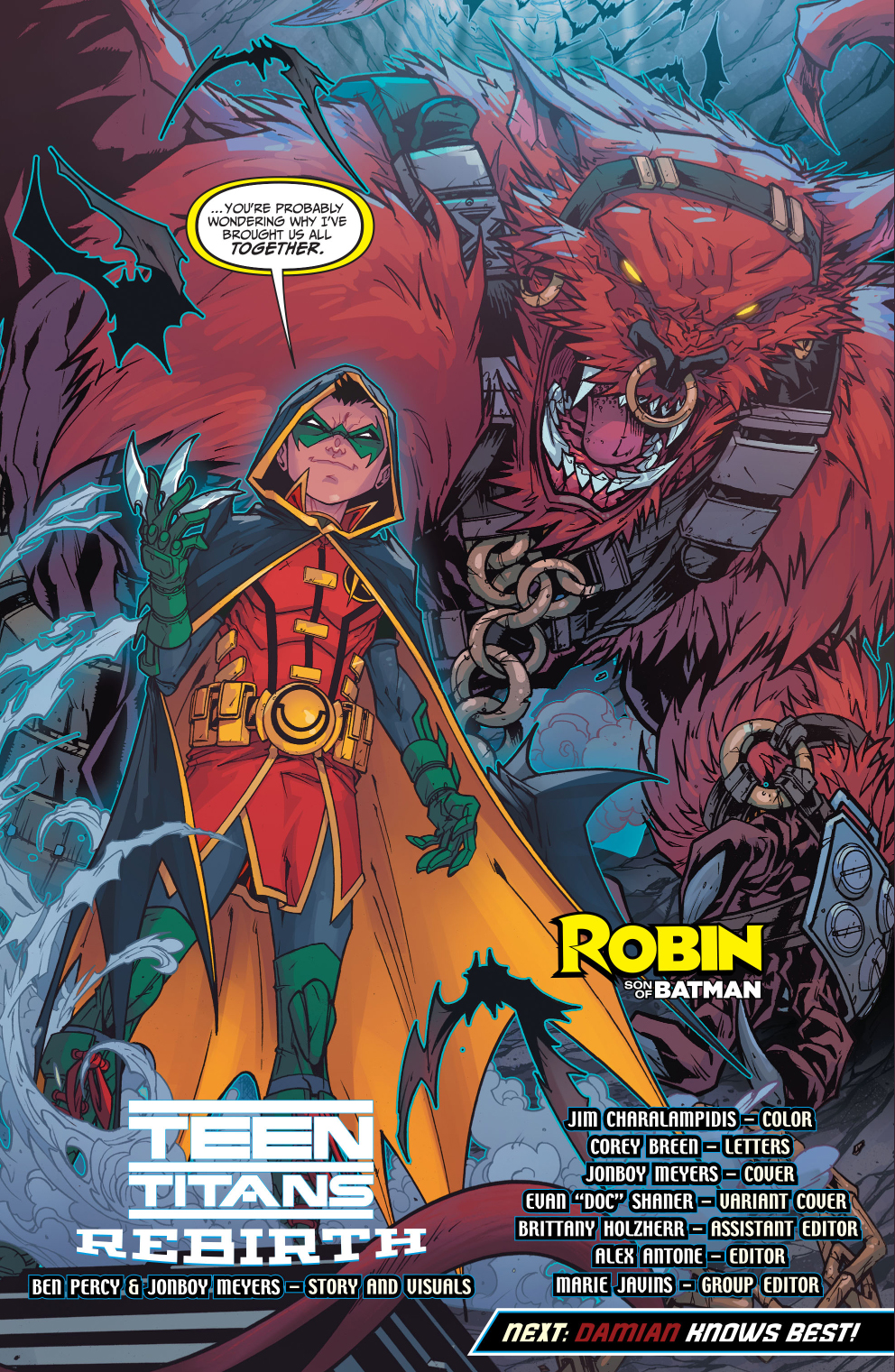 The issue starts with the 4 members of the Teen Titans going about their own businesses when a mysterious figure starts attacking them one by one and successfully subduing them. I thought it was just another run of the mill villain for this story arc then we get this amazing reveal that it was Damian Wayne, the 4th Robin, who was behind the abductions all along.

After the New 52 reboot, Tim Drake, the 3rd Robin, became the leader of the Teen Titans. However, due to the events in Detective Comics #940, Tim is no longer in the picture and it seems Damian thinks it’s time for him to take on the mantle of leadership for the Teen Titans. It wouldn’t be the first time he tried this: back before the New 52 occurred, Dick Grayson made Damian join the Teen Titans in order for him to learn how to work in a team. Since Robins have always been the leader of the group, he assumed that he’ll be automatically be taking over from Wonder Girl. No dice though.

I’m glad this series started the way it did. Damian’s always interesting when he’s being a douche, and his recent appearances on the other comics has shown a very agreeable and normal attitude. It’s weird and off-putting, IMO. I’m not against Damian slowly showing his good side but only to people he considers close to him — like Nightwing, Alfred, and Batman — just to name a few. For other super heroes his disdain and arrogant attitude should always be the first impression, and this kidnapping stunt is just perfect.