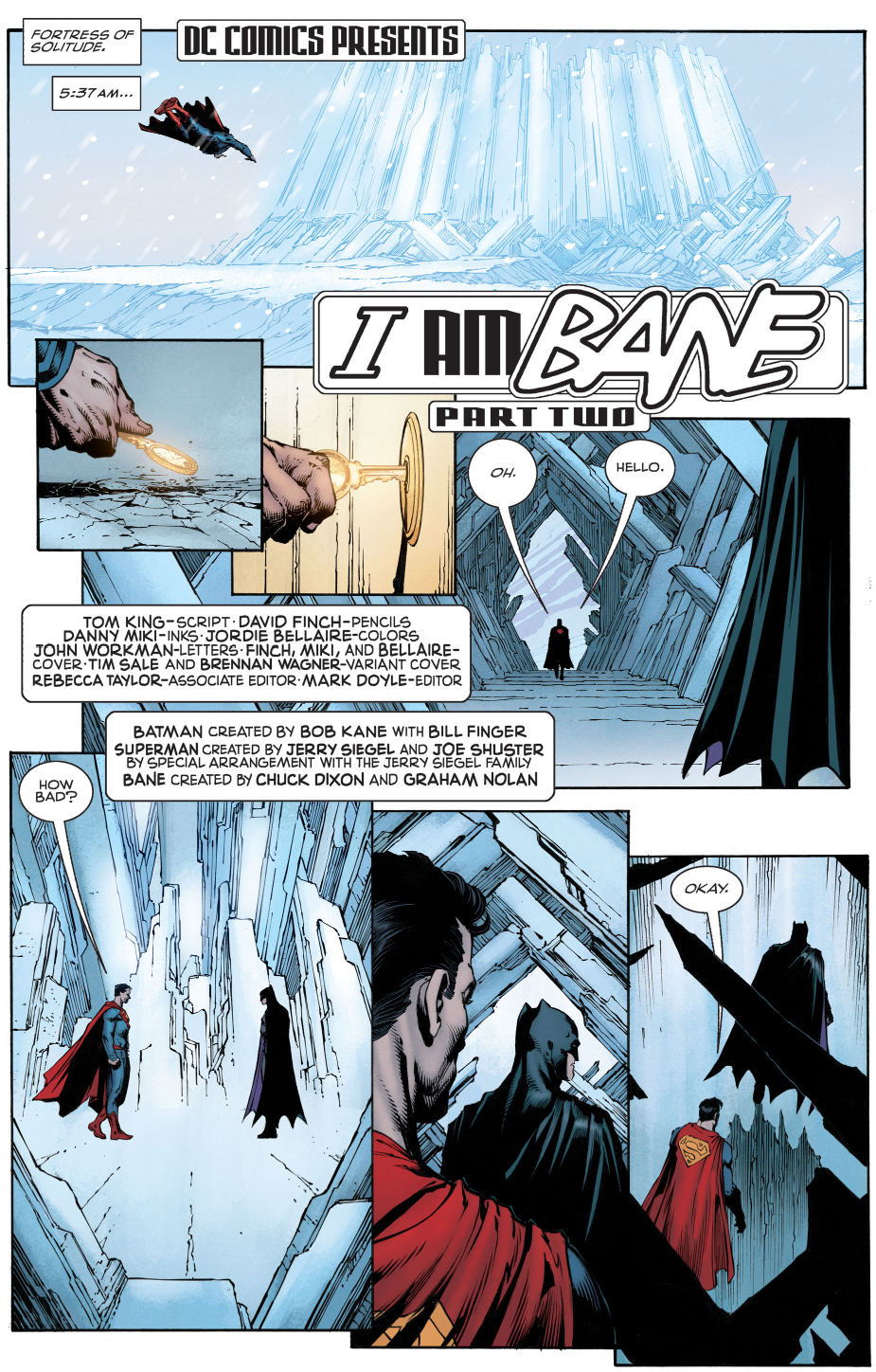 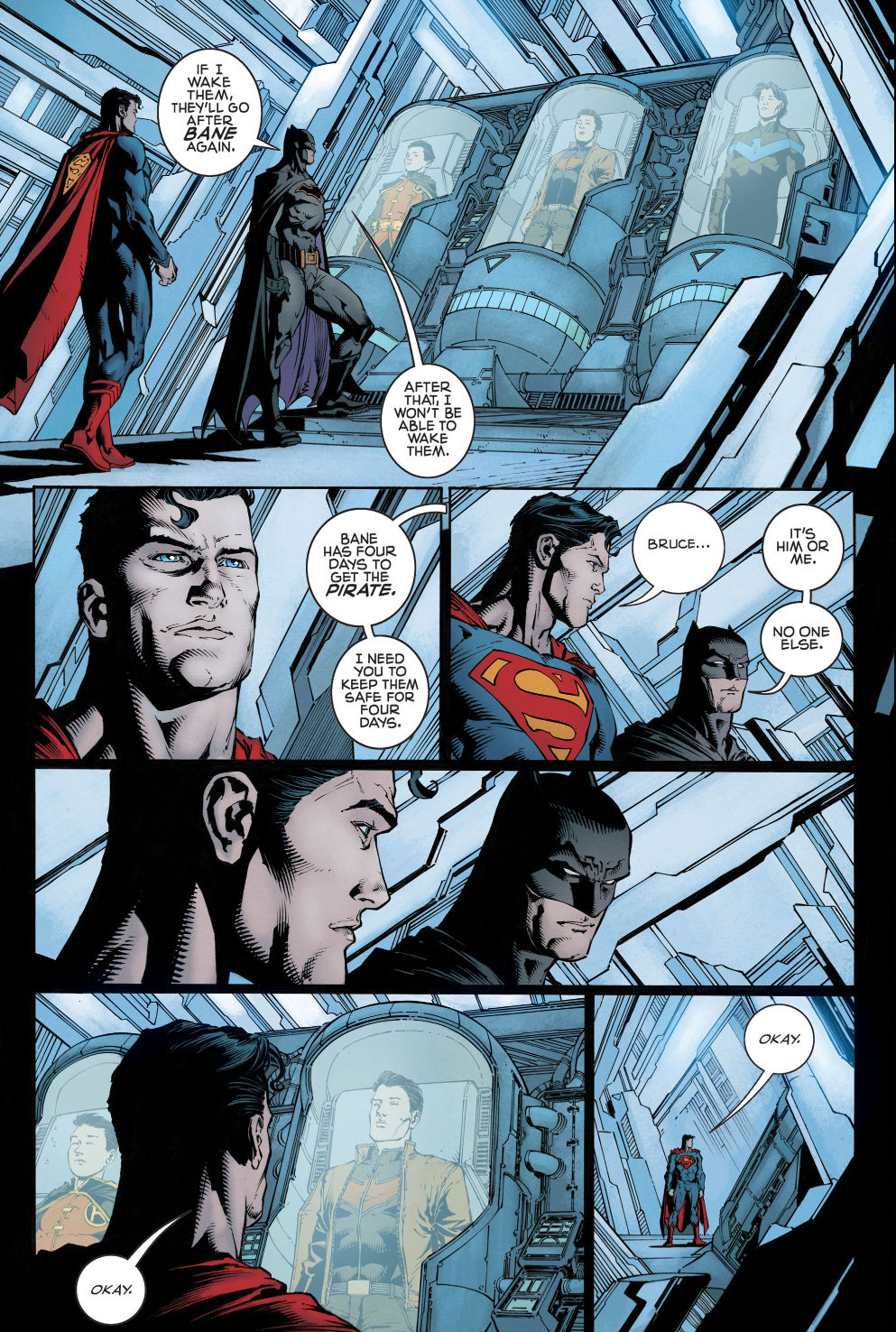 Not really sure what’s going on here. On the last issue, it was shown that these 3 Robins were hanged inside the Batcave. At that time I was thinking no way the 3 Robins die all of a sudden in a single issue, so those had to be either dummies or civilians. But then this issue shows the 3 Robins inside Kryptonian chambers and Batman says they’re merely sleeping.

So what happened? Was it them that got hanged and they’re being resuscitated by the machines? Or did Batman somehow tricked them all and managed to put them into this stasis for their own protection?

And why is Superman so calm in this? I would have thought he’d have something to say about Batman just sticking these 3 kids into stasis without any choice.