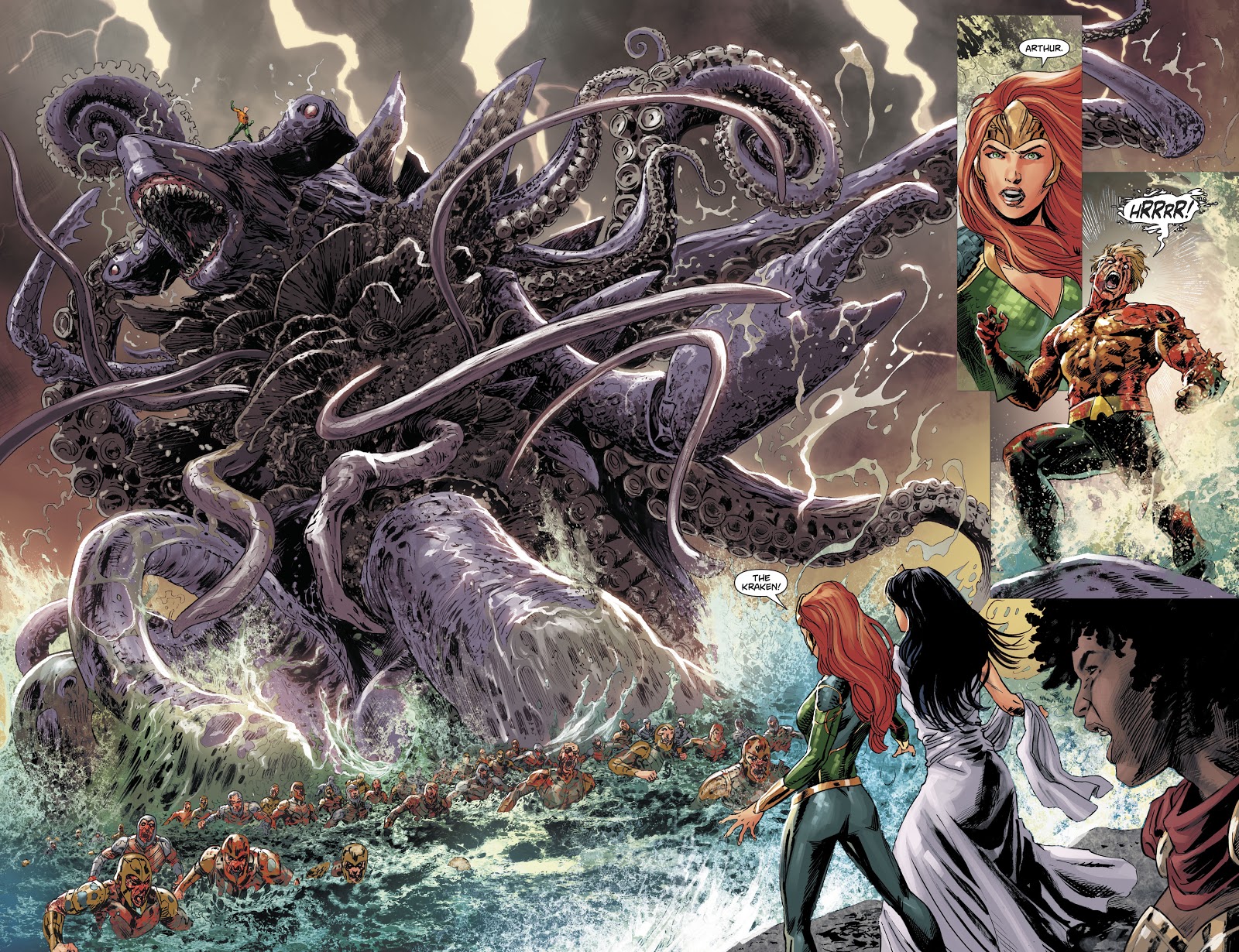 An undead Aquaman leads the Kraken and undead Atlanteans against the Amazons of Themyscira, until he gets shot in the eye a half mile away by Green Arrow.

And Batman didn’t think I could be dangerous… Just fired an arrow half-a-mile through raging winds into the brain of the undead King of the Sea while he was controlling the damn kraken. @#&% you, Batman.