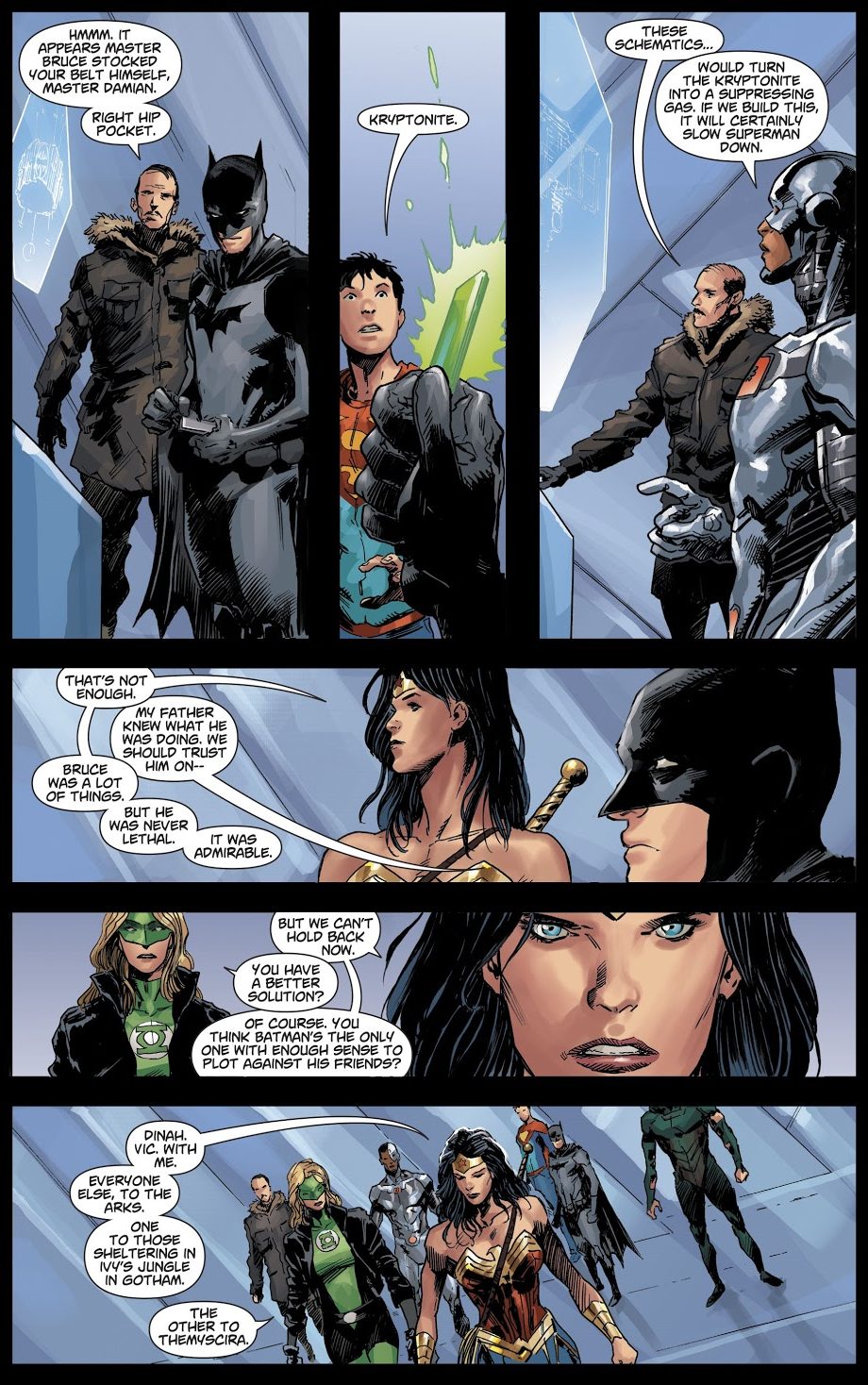 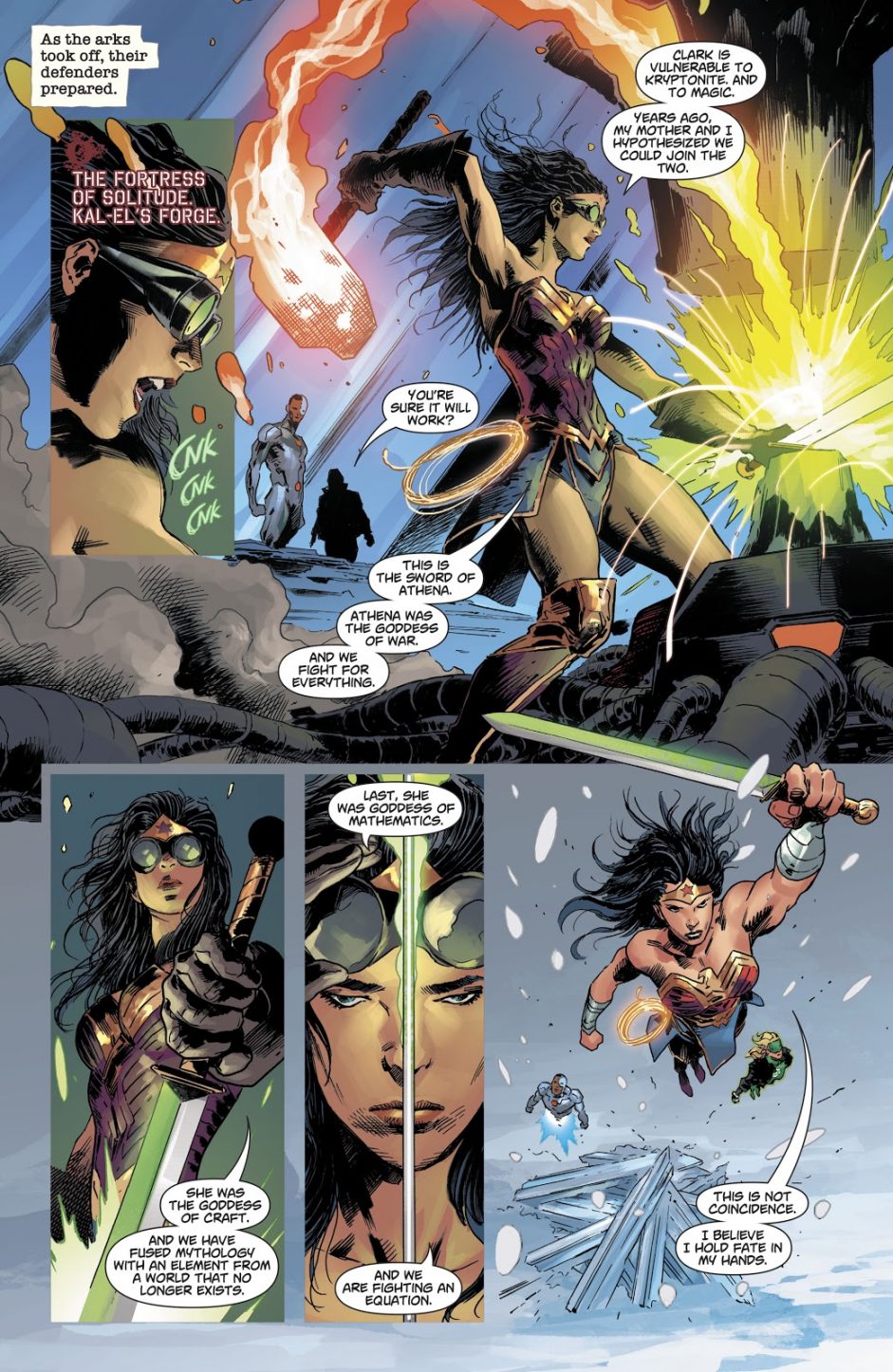 Wonder Woman reveals that she also has plans to take down her allies should the need arise.

She uses the Fortress of Solitude’s forge to fuse Athena’s sword with kryptonite in order to bring down a zombified Superman.