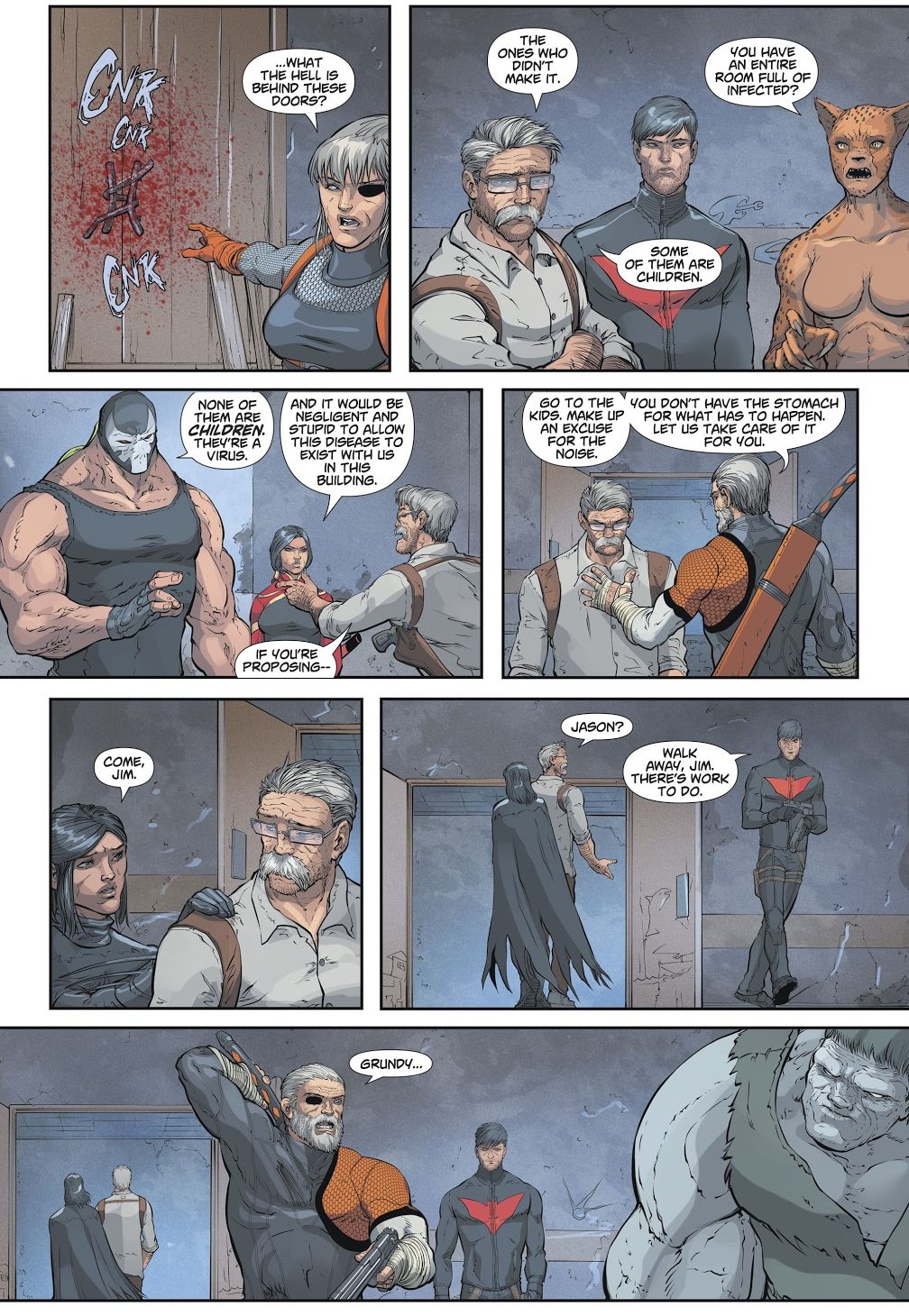 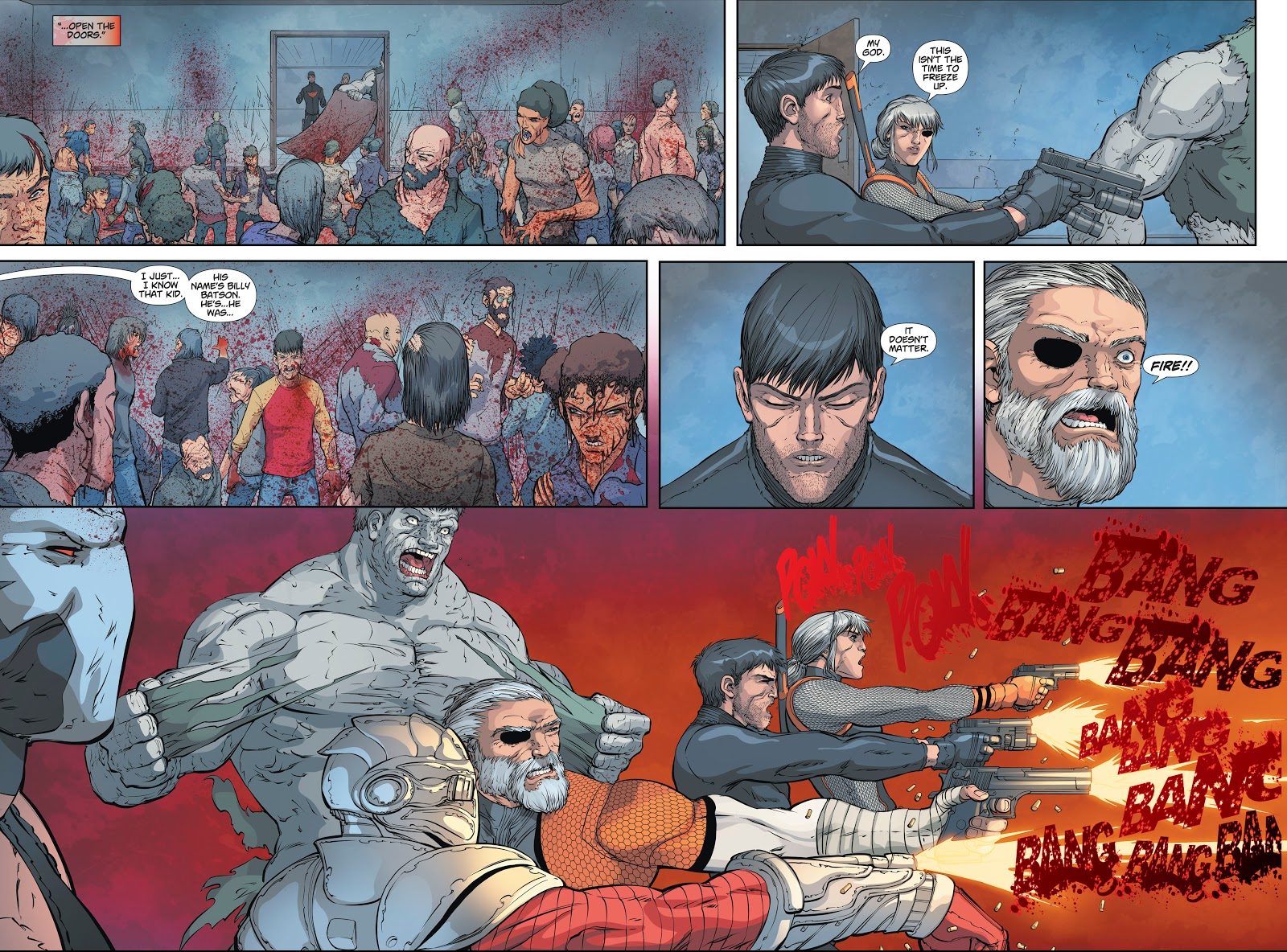 So that’s why Shazam didn’t make an appearance on the previous DCeased issues. Damn, he got turned into a zombie as Billy Batson. So that’s another heavyweight taken out of the board, along with DC’s big three already dead. Such a shame he doesn’t have a huge part to play in this story.

I like the part where the villains took it on themselves to kill the trapped zombies, which included kids, and asked good guy Jim Gordon to let them do the work. They’re bad guys after all.