What Would Superman and Batman Fight About? 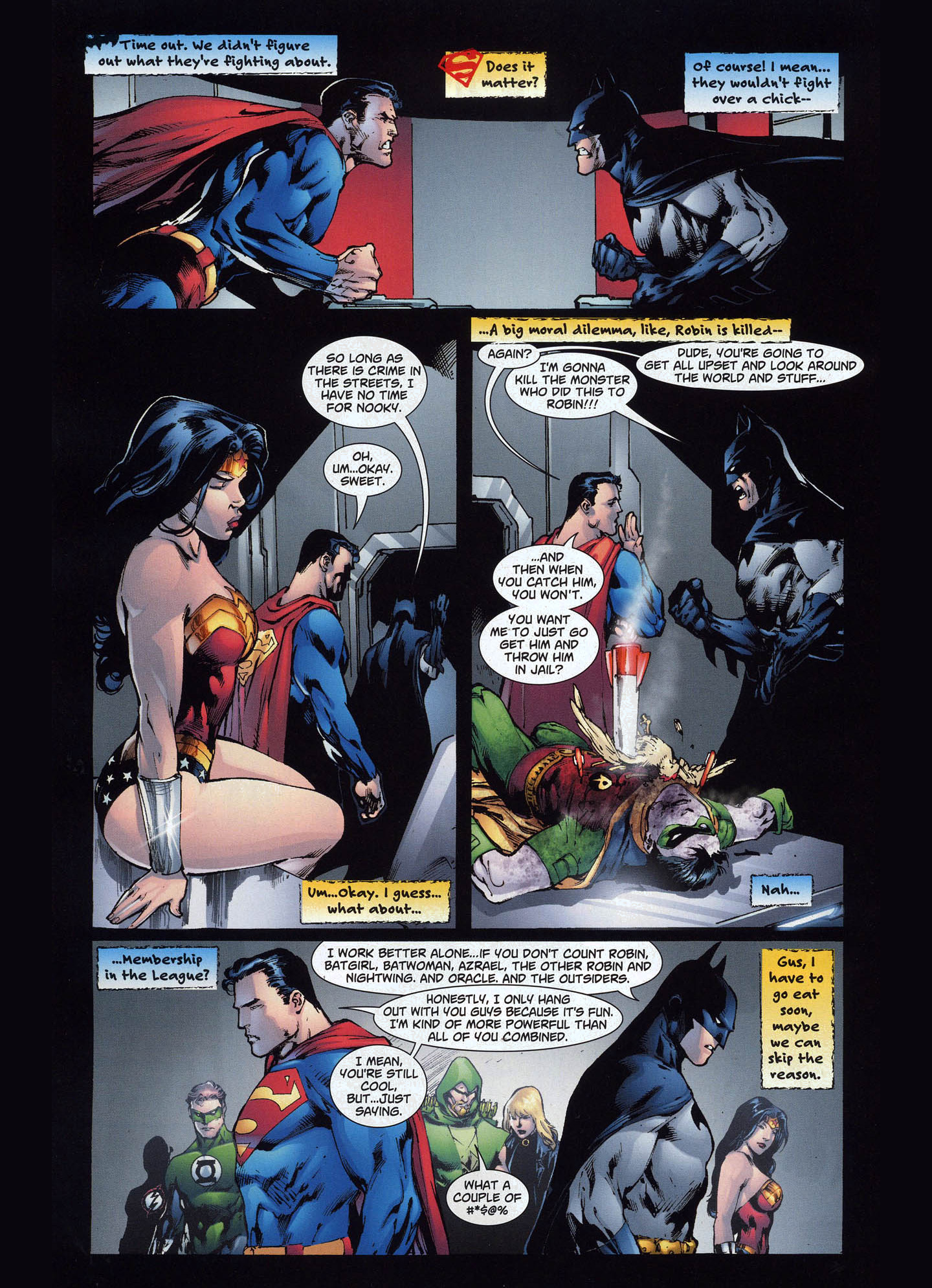 Narrator 1: Time out. We didn’t figure out what they’re fighting about.
Narrator 2: Does it matter?
Narrator 1: Of course! I mean…they wouldn’t fight over a chick.
Batman: So long as there is crime in the streets. I have no time for nooky.
Superman: Oh, um…Okay, sweet.
Narrator 2: Um…Okay. I guess…what about…A big moral dilemma, like, Robin is killed…
Superman: Again?
Batman: I’m gonna kill the monster who did this to Robin!!!
Superman: Dude, you’re going to get all upset and look around the world and stuff…And then when you catch him, you won’t. You want me to just go get him and throw him in jail?
Narrator 1: Nah…membership in the League?
Batman: I work better alone…If you don’t count Robin, Batgirl, Batwoman, Azrael. The other Robin, Nightwing. And Oracle. And the Outsiders.
Superman: Honestly, I only hang out with you guys because it’s fun. I’m kind of more powerful than all of you combined. I mean, you’re still cool. But…just saying.
Green Arrow: What a couple of #*$@%