It all starts when the Anti-Monitor and Darkseid battle it out on planet Earth as the heroes of the Justice League try to stop these two monsters. When Darkseid was killed by the Anti-Monitor and the Flash, who became the God of Death when he bonded with the Black Racer, the shockwave of his death severed the connection between Shazam and his gods. The Wizard quickly chose 6 new gods as replacements and for reasons that are not yet explained, Shazam gains the title of God of Gods. It’s interesting at least to learn that there’s a whole pantheon of gods that can lend their powers to Shazam. DC hasn’t revealed his whole new power set as of yet but here’s a list of his new gods. 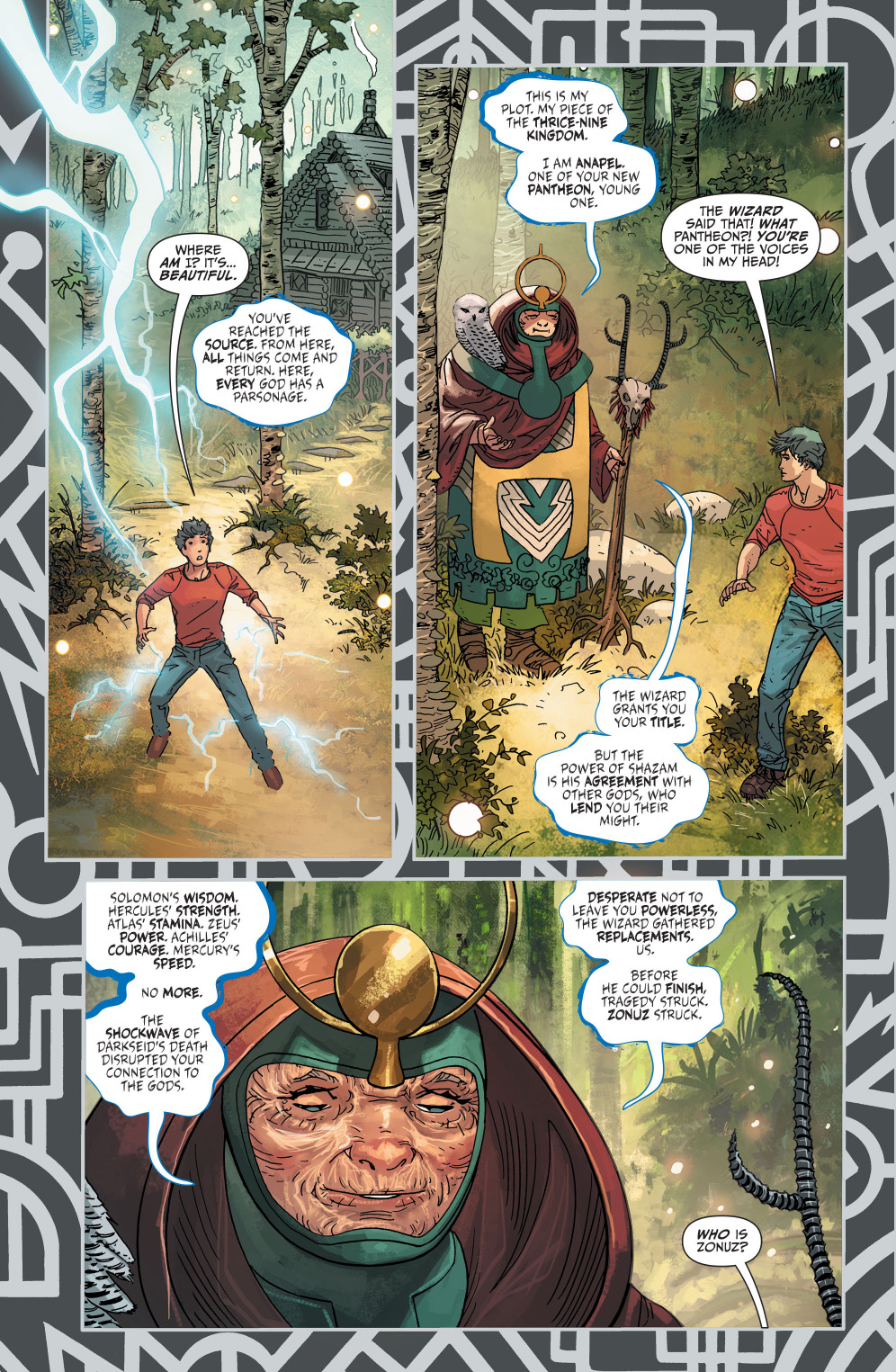 A god worshipped in Siberia, Anapel is a deity associated with reincarnation and rebirth. It is believed that when a child is born, Anapel dispatches an old soul and bonds it with the baby. With that description, I’m thinking Anapel is supposed to replace Solomon as the fount of wisdom. 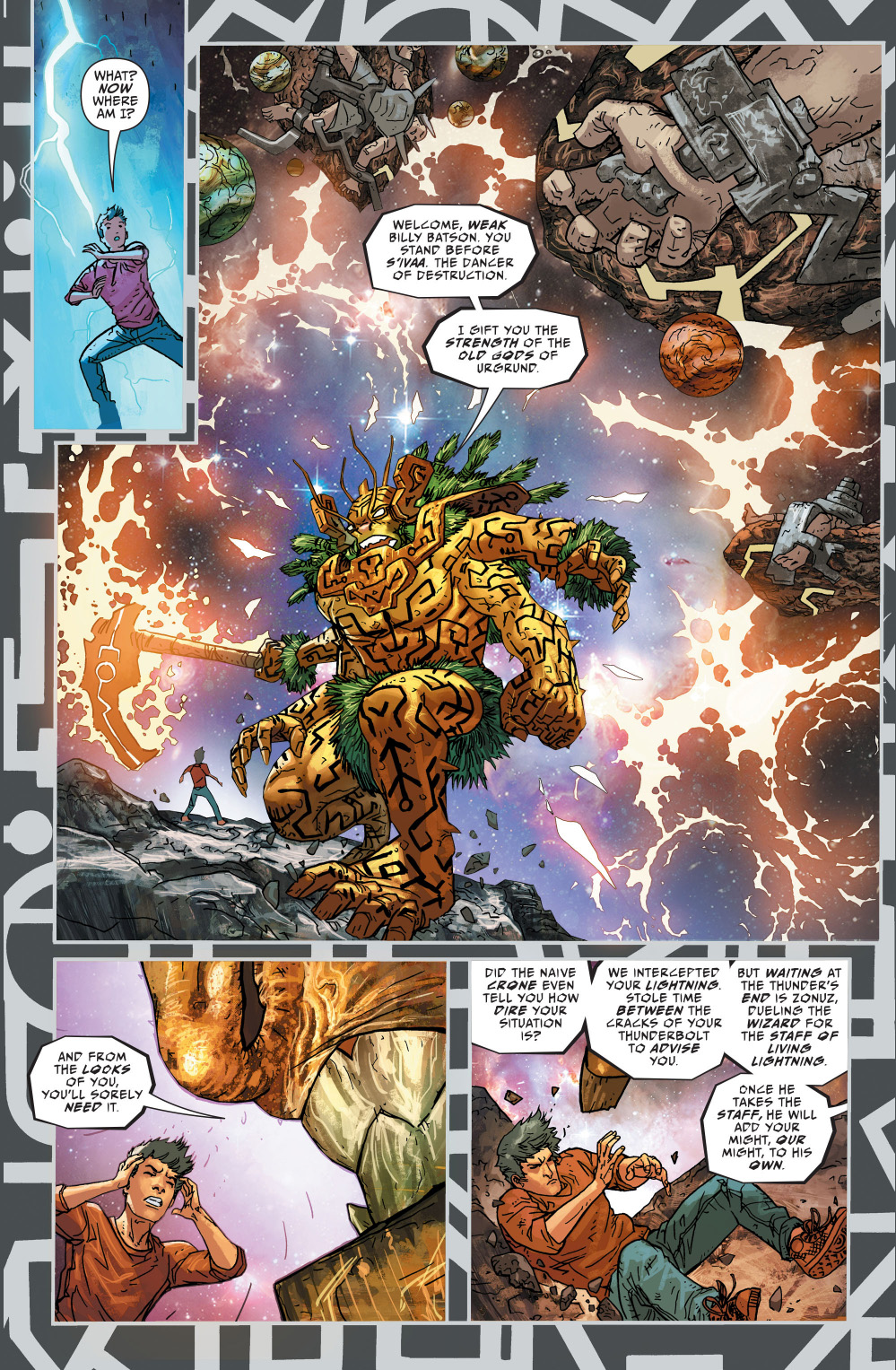 Si’vaa is one of the old gods from Urgrund. He’s known as the dancer of destruction and in his pre-New 52 incarnation, his powers were so vast that Highfather had to ask Superman for help in defeating him. One clue we have on his abilities is that he derides the strength of Hercules as nothing while boasting his own as raw and unchained. 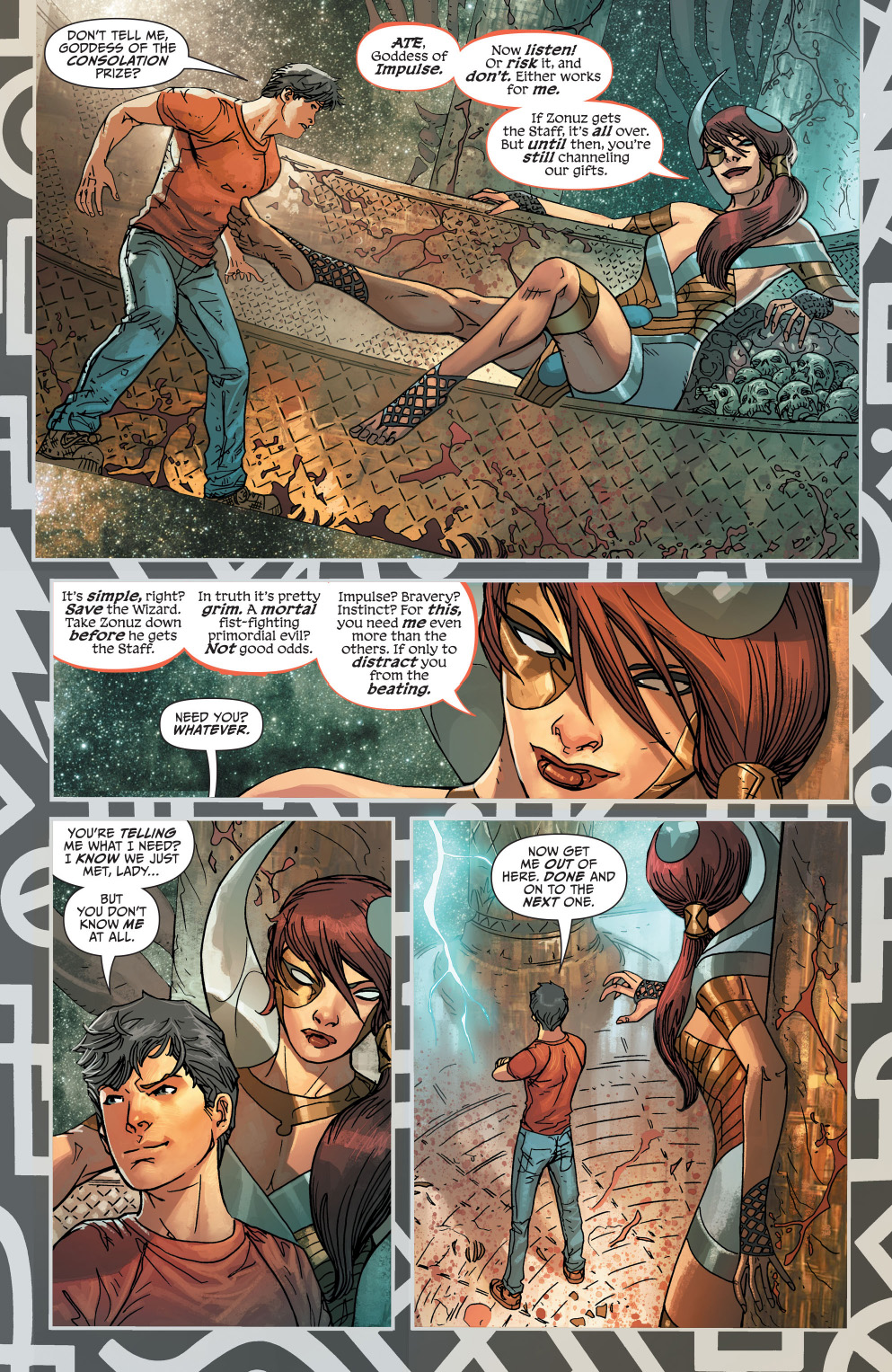 Ate is the Greek goddess of mischief, delusion, rash action and recklessness so it’s no wonder she’s hailed as the Goddess of Impulse. It’s been established that Shazam has lost the speed of Mercury and she’s not the replacement for his quickness. It’s possible she gives Shazam faster decision making skills? 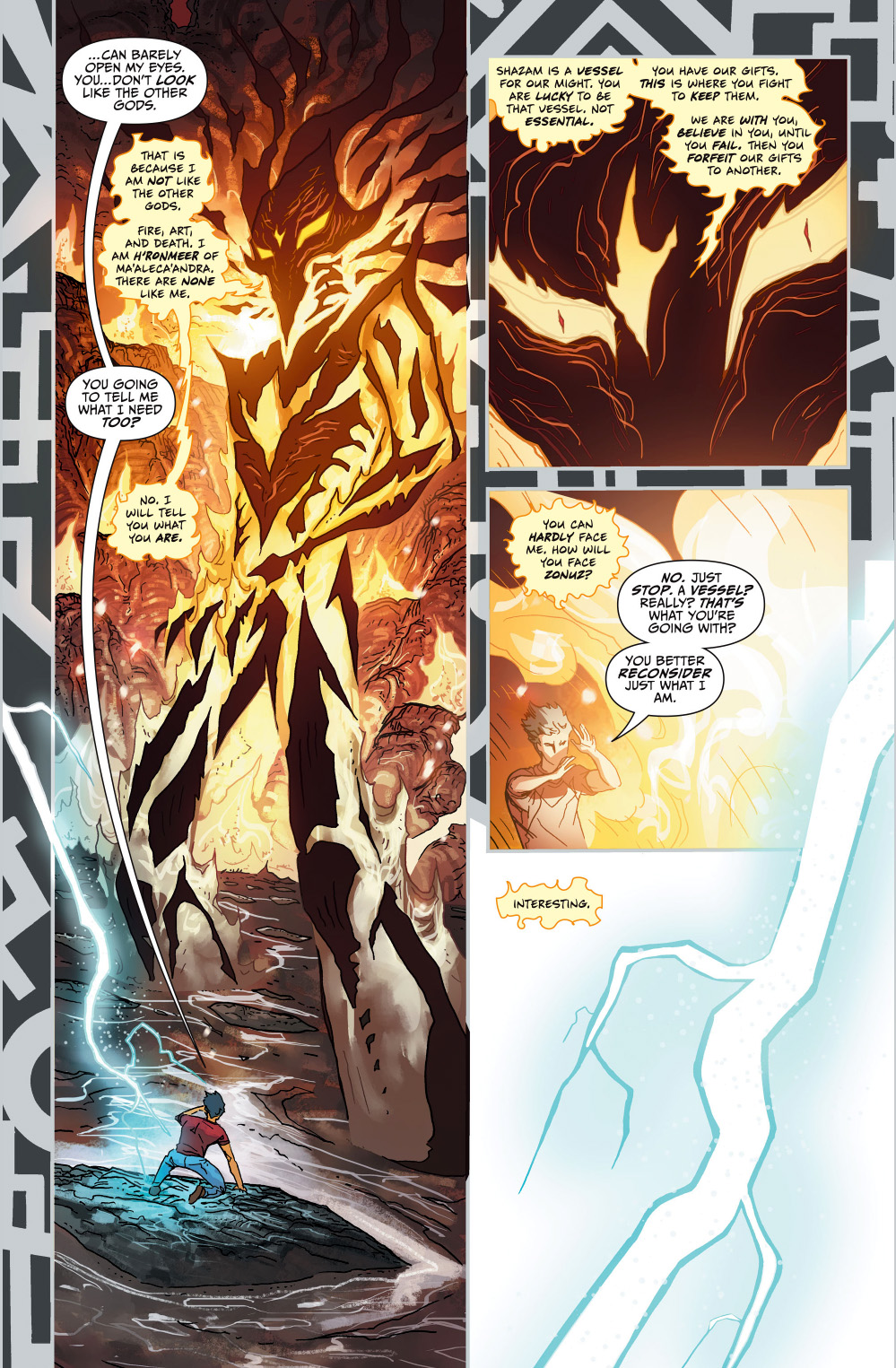 H’ronmeer is a Martian deity that you’ve most likely heard from the Martian Manhunter as an expression whenever he’s surprised by something. The power he gives Shazam is the living fire and while it hasn’t been explained fully in detail yet, Shazam displayed the ability to generate fire with his hands. 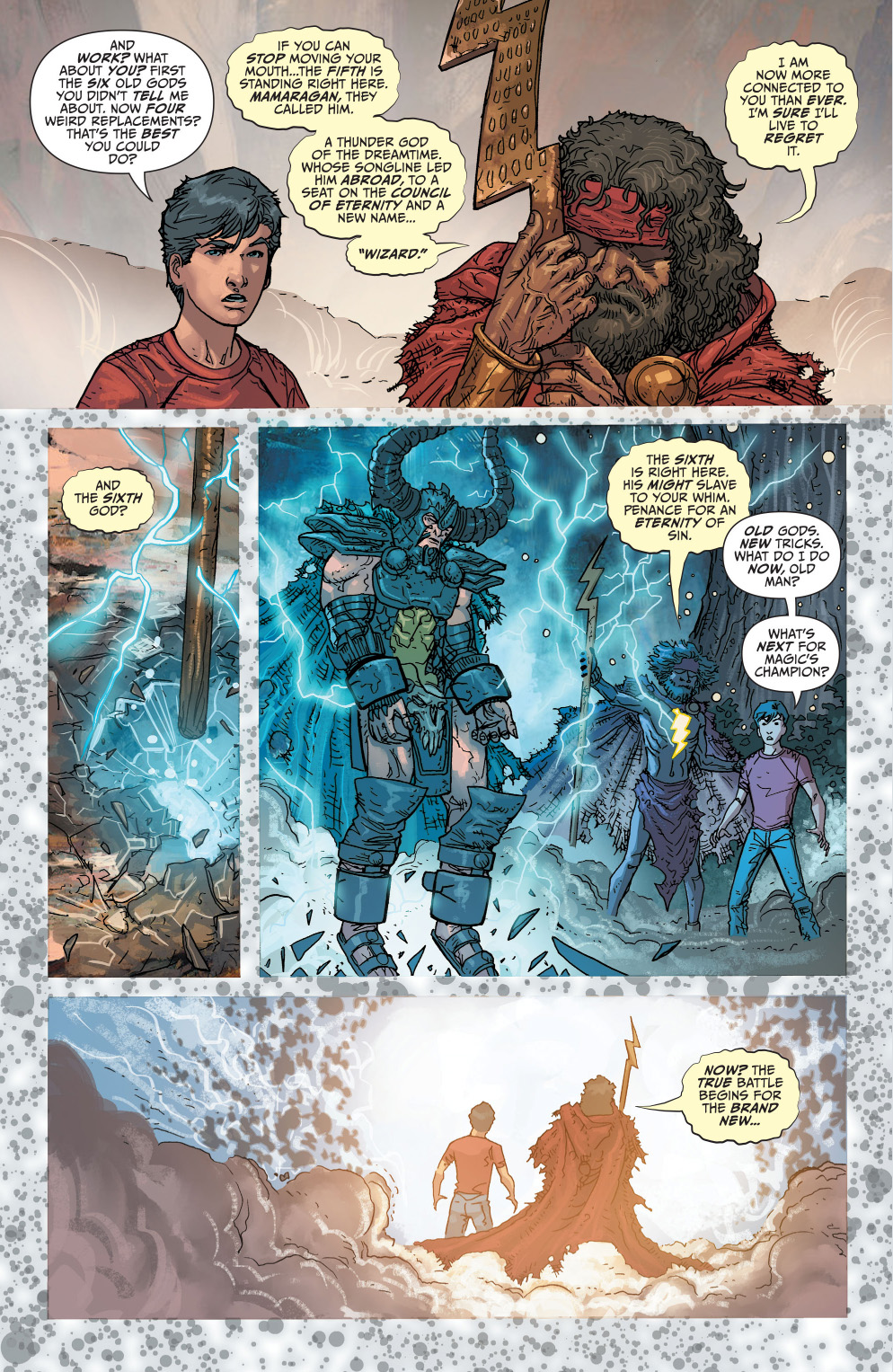 It appears that the Wizard did not really die after all when he gave Billy Batson the powers of Shazam. He tells Billy that before he became the Wizard, he was a God of Thunder worshipped by the Australian aborigines called Mamaragan. According to the myths, he rides a thunder cloud and throws lightning bolts at trees.

And the last god is Yuga Khan, also known as Zonuz. He’s the father of Darkseid and the original God of Evil. He caused so much destruction and suffering before he fell to his own son. After Shazam defeated Zonuz and prevented his escape from the Source, his might became part of Shazam’s powers.