Red Robin’s Contingency Plans For Everyone 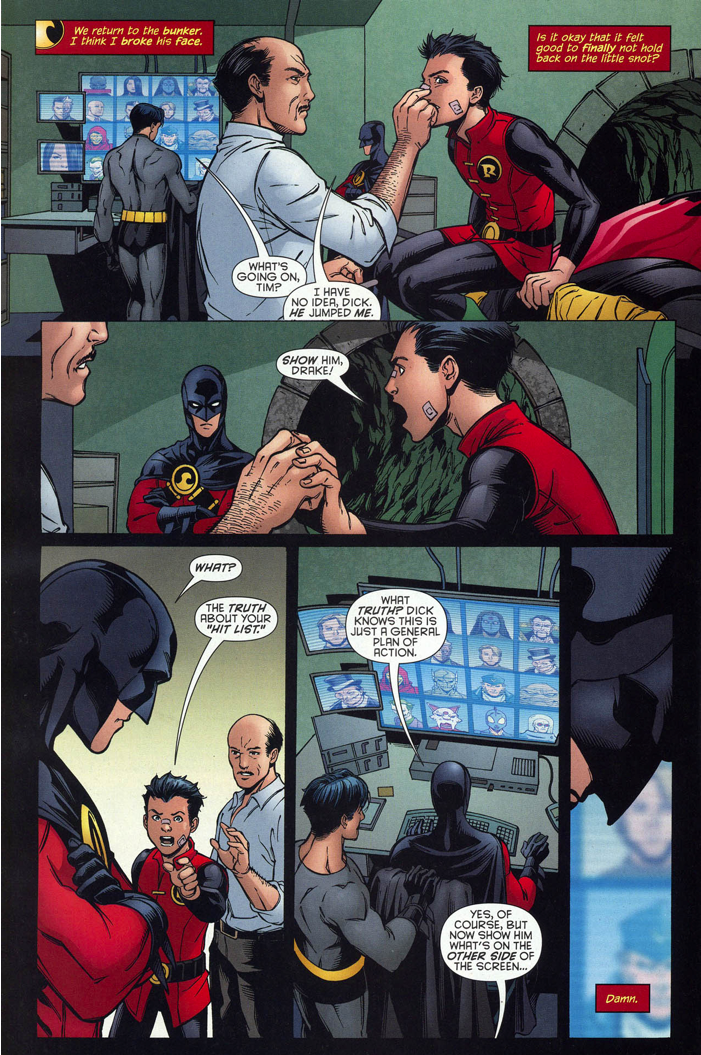 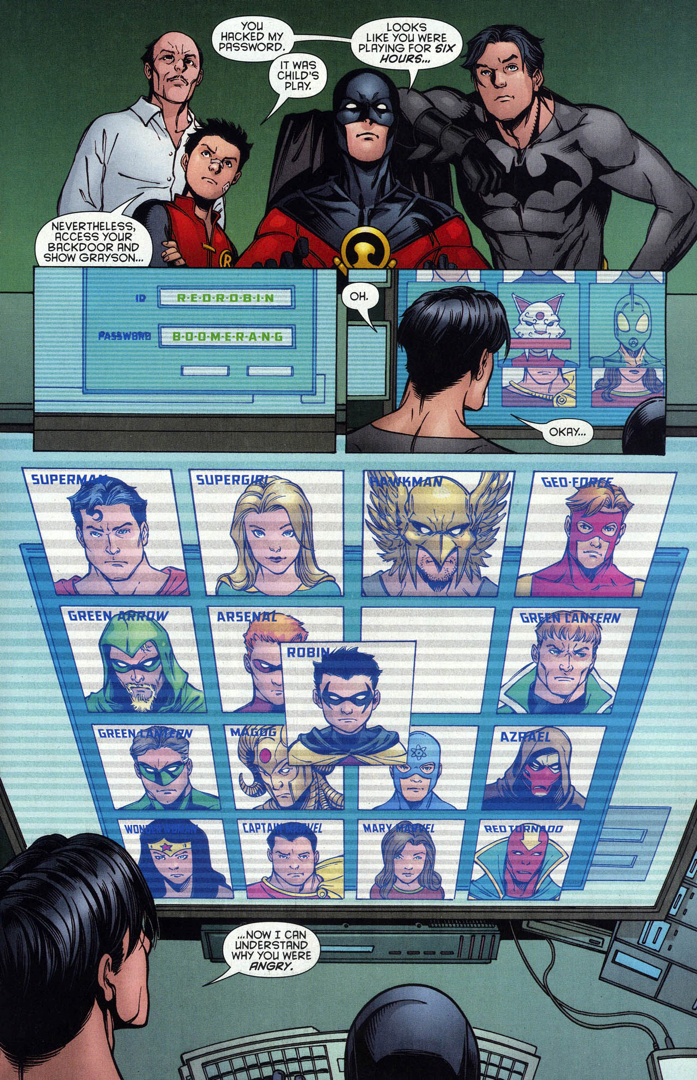 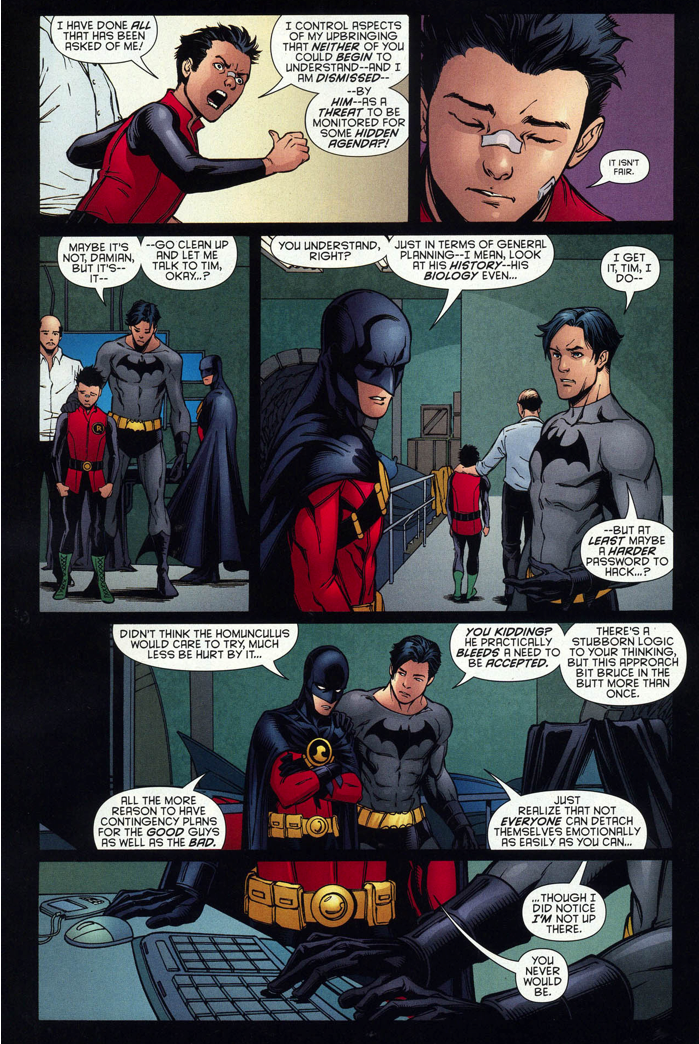 I have so many likes for these panels. We see a glimpse on the evolving personalities of the 3 Robins.

Dick Grayson has taken over the mantle of Batman in this period while Bruce Wayne was widely believed to be dead. Still acting as the mediator, he’s the perfect balance to Damian’s hotheadedness and Tim looks up to him as an older brother.

Bruce himself once told Alfred Pennyworth that Tim Drake would surpass him one day as the world’s greatest detective. Here we see him emulating another of Bruce’s traits, you can either call it preparedness or paranoia. Not only did Tim start creating contingency plans for the villains, he was also making one for the heroes in secret. Damian finds out about this and starts a fight with Tim on Crime Alley.

Damian Wayne is commonly viewed as a psychopath and a douche. But when he learns that his name is among the list of heroes and villains that Tim is preparing contingency plans on, he loses his bravado for a moment and shows how vulnerable he is. Who knew he had a strong streak to be accepted by everyone?

And that last line between Tim and Dick shows how strong the bond between them is. Dick Grayson is the only person not on his list.

3 thoughts on “Red Robin’s Contingency Plans For Everyone”