Batman Describes The Batman Who Laughs 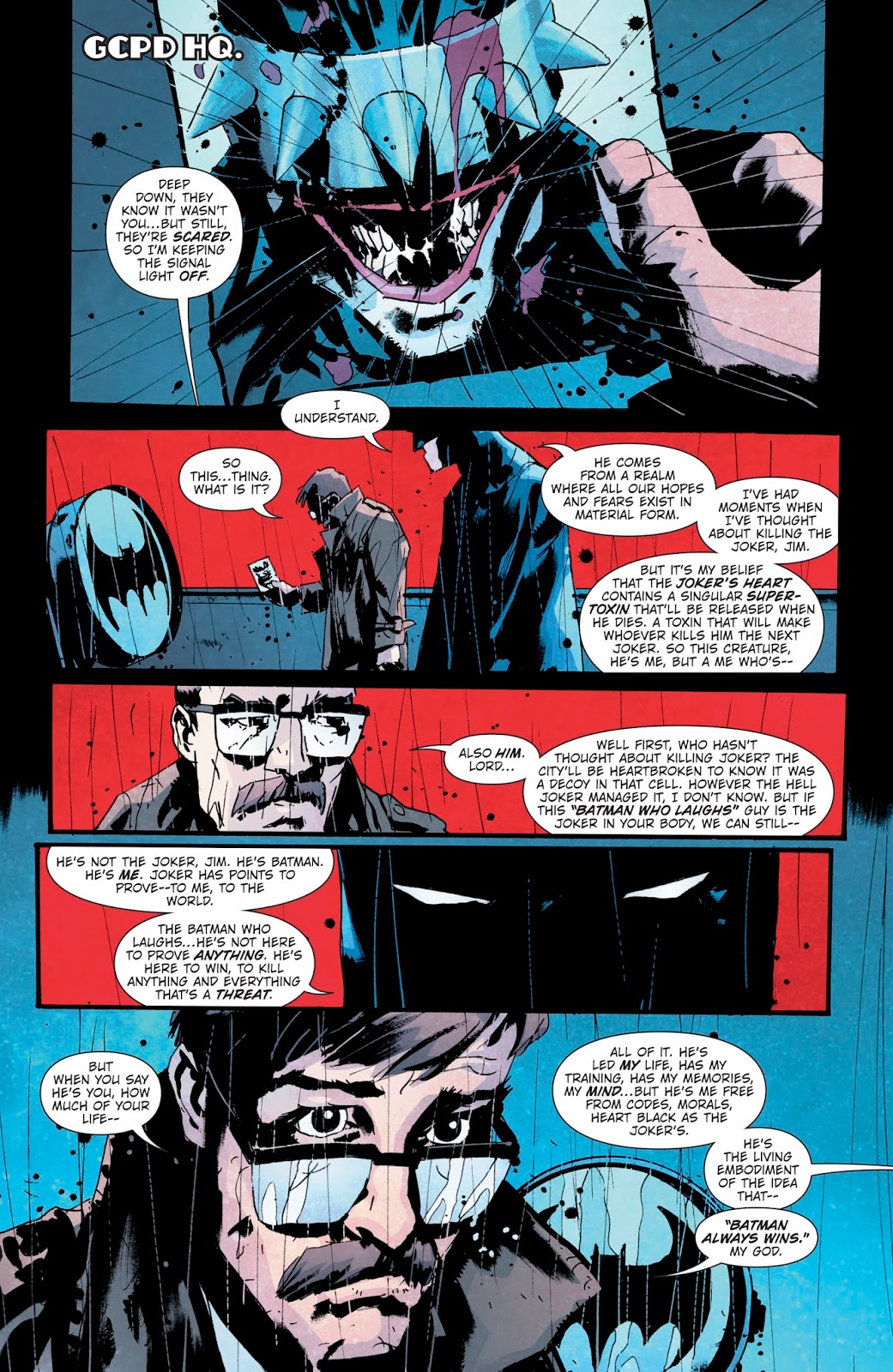 Batman: He comes from a realm where all our hopes and fears exist in material form. I’ve had moments when I’ve thought about killing the Joker, Jim. But it’s my belief that the Joker’s heart contains a singular super-toxin that’ll be released when he dies. A toxin that will make whoever kills him the next Joker. So this creature, he’s me but a me who’s…

Jim Gordon: Also him… Lord… Well first, who hasn’t thought about killing Joker? The city’ll be heartbroken to know it was a decoy in that cell. However the hell Joker managed it, I don’t know. But if this “Batman Who Laughs” guy is the Joker in your body, we can still…

Batman: He’s not the Joker, Jim. He’s Batman. He’s me. Joker has points to prove– to me, to the world. The Batman Who Laughs… he’s not here to prove anything. He’s here to win, to kill anything and everything that’s a threat.

Jim Gordon: But when you say he’s you, how much of your life–

Batman: All of it. He’s led my life, has my training, has my memories, my mind… but he’s me free from codes, morals, heart’s black as the Joker’s. He’s the living embodiment of the idea that–

From – The Batman Who Laughs #1