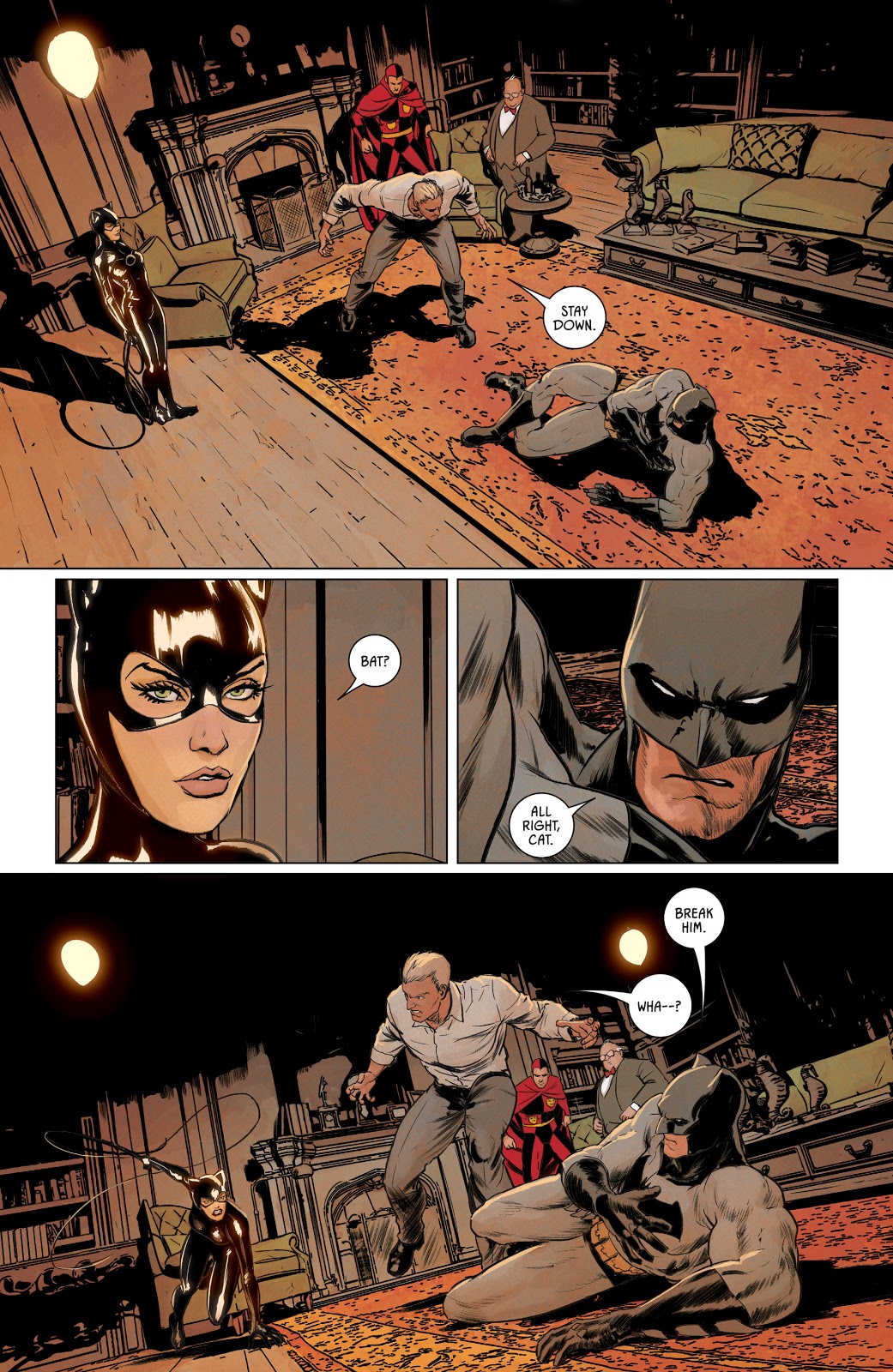 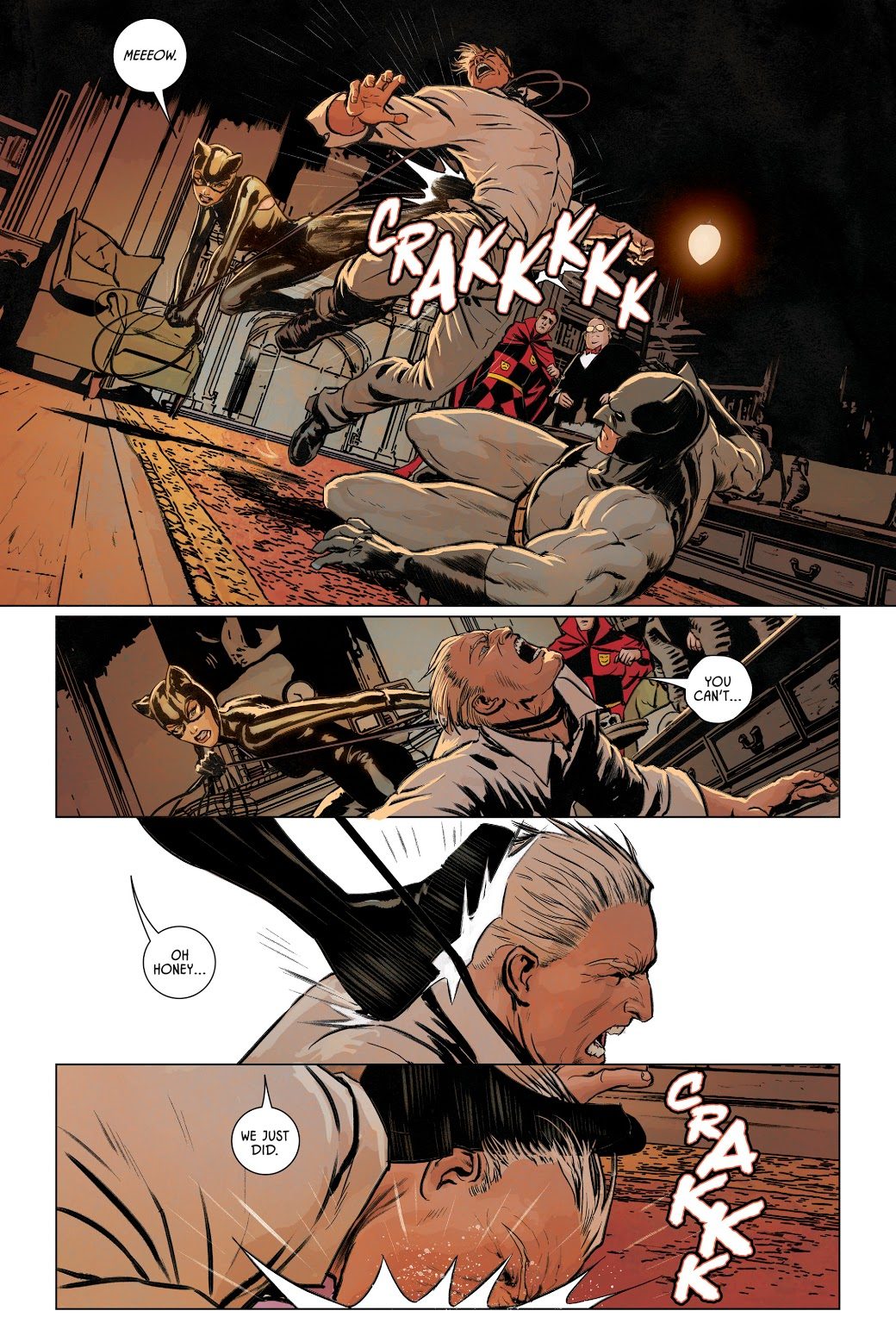 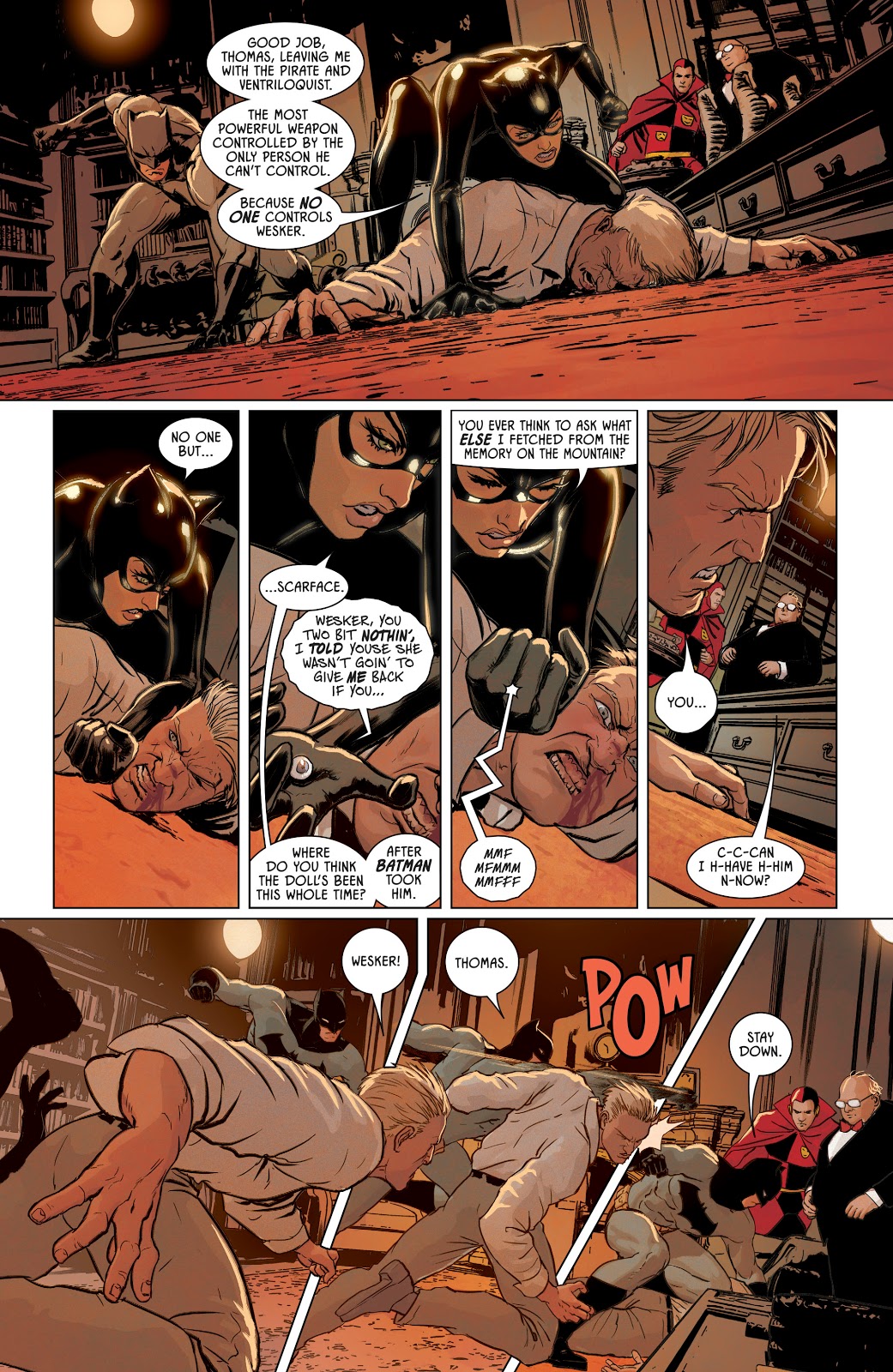 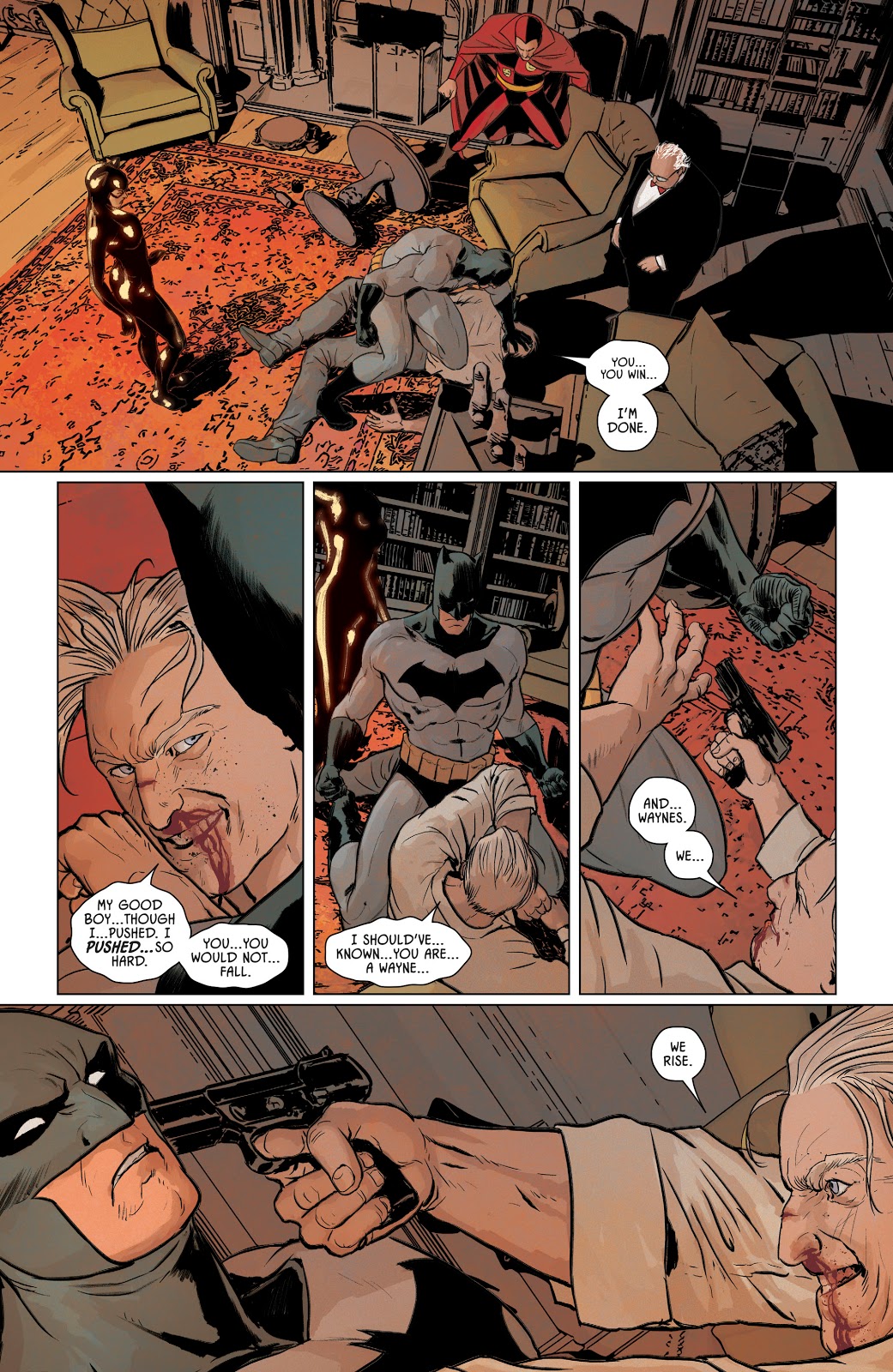 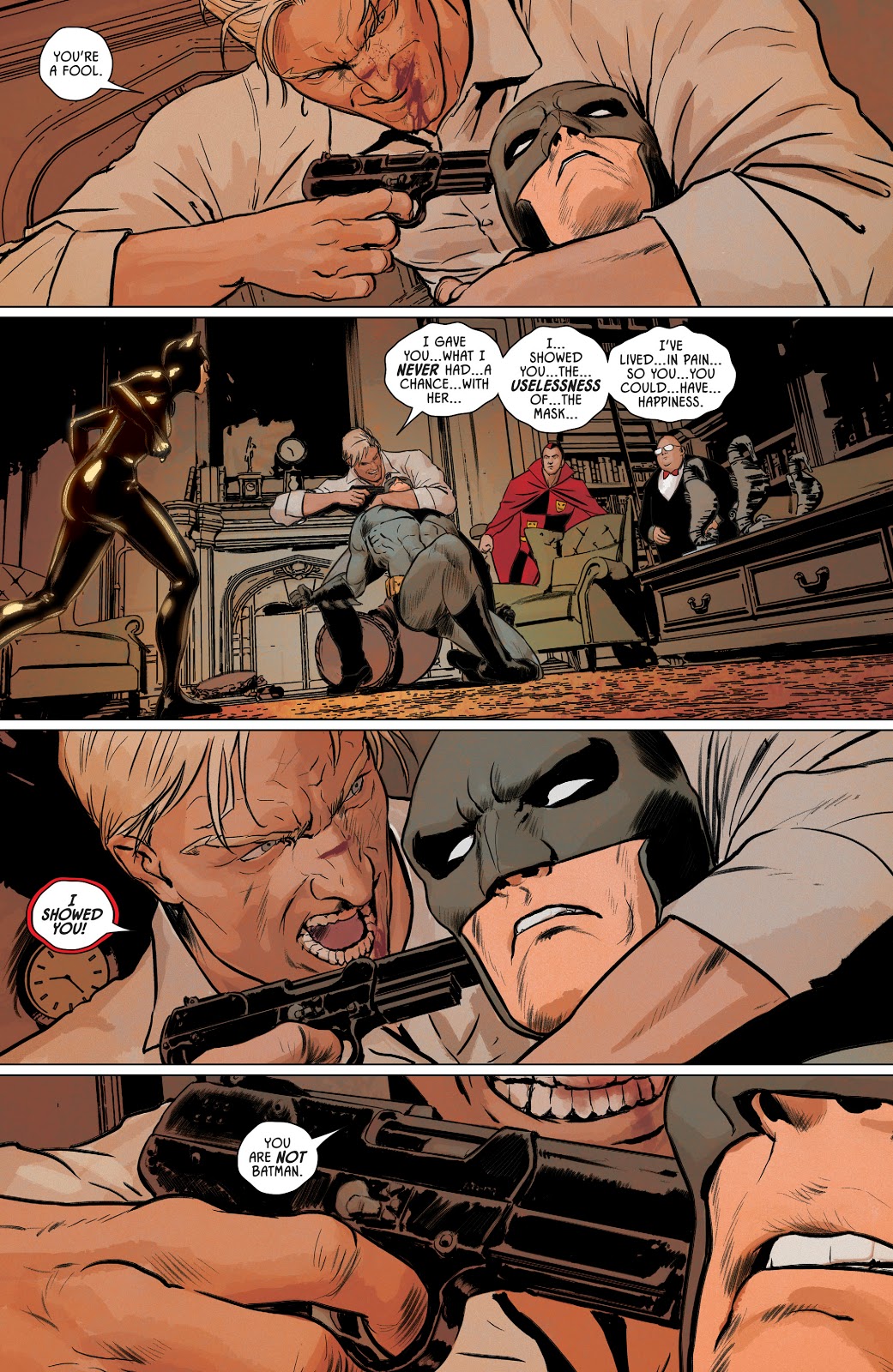 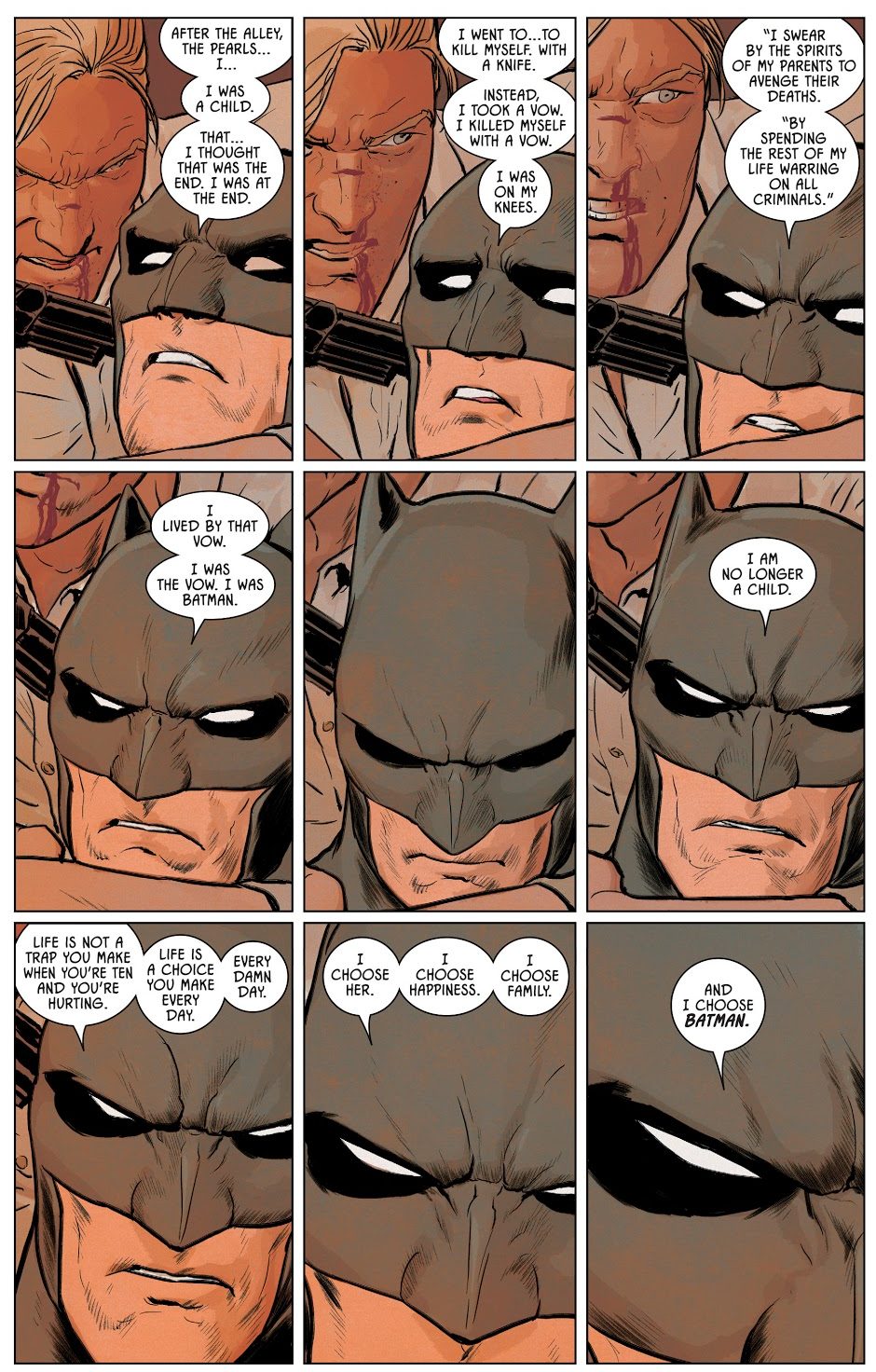 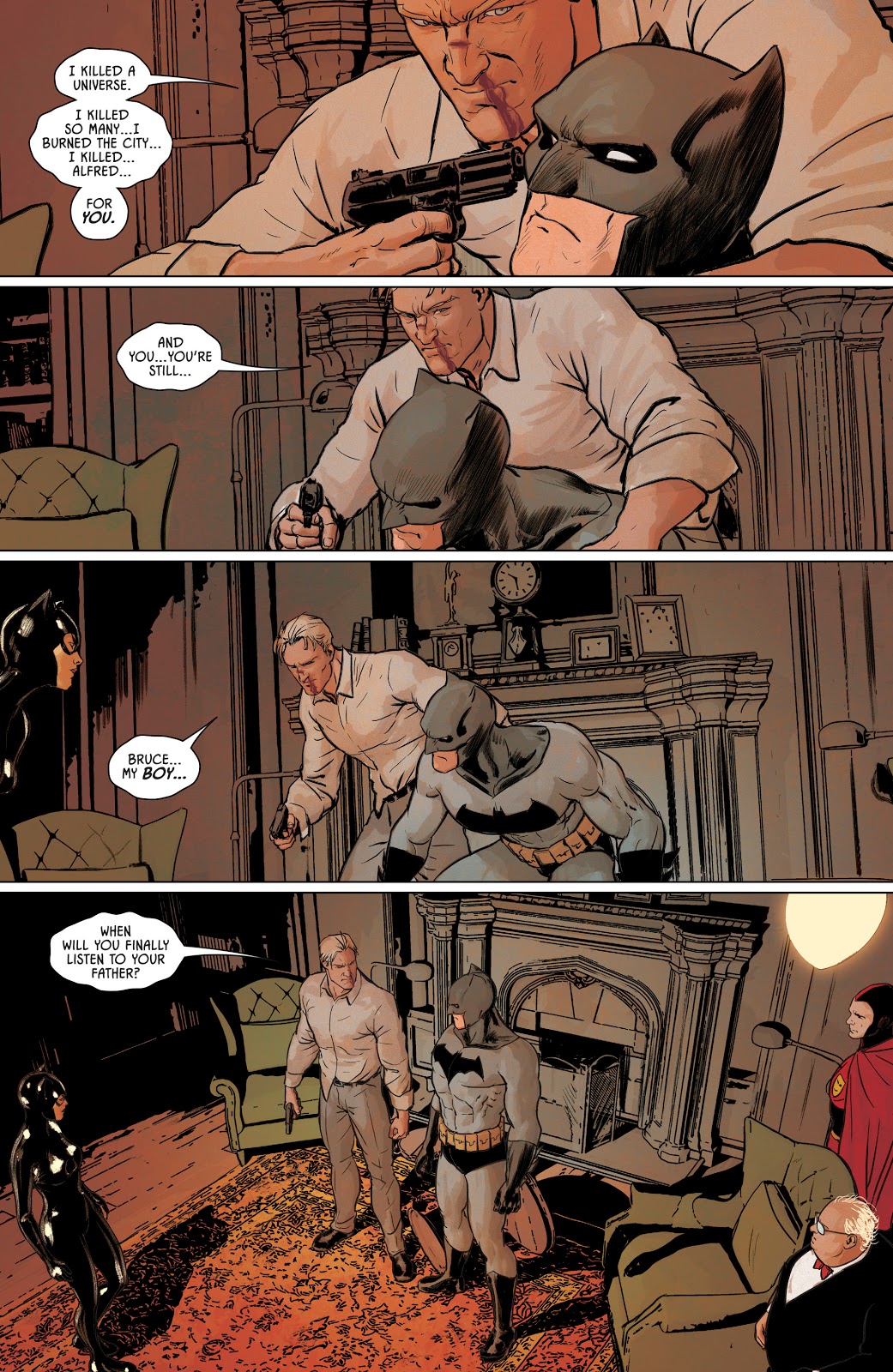 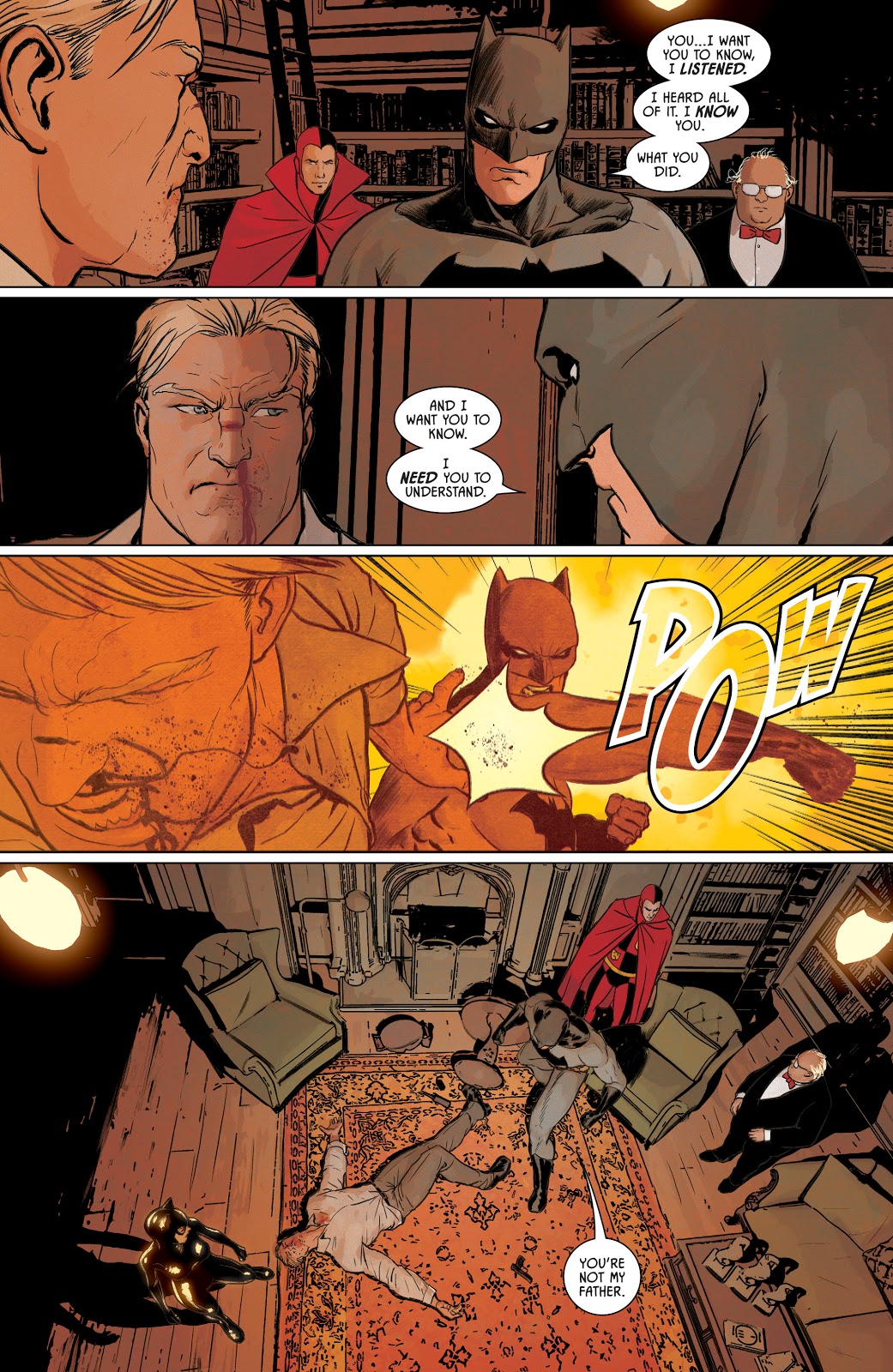 And we finally have an ending to this whole Flashpoint Batman crap. Shame though, he really started out as someone awesome and badass. I still don’t get why he broke bad and suddenly started torturing his son in order for him to stop being Batman. I mean, was that the only way to convince your son? Heck, given Thomas Wayne’s insane power levels here, he did beat up the entire Bat family on his own, he could have just helped his son war against crime. That would been productive at the very least, and kept his son a bit safer than the usual.

How did he get beaten by Batman? Catwoman pretended to be under the Psycho Pirate’s control, and kicks him from behind, almost too similar to how Batman and Catwoman defeated Bane before. Then, when Flashpoint Batman managed to recover and hold his son at gunpoint, he lets Batman go free after hearing a lame sob story about his vow against crime. Pathetic.