Why Tim Drake Had To Become Batman (Titans Of Tomorrow) 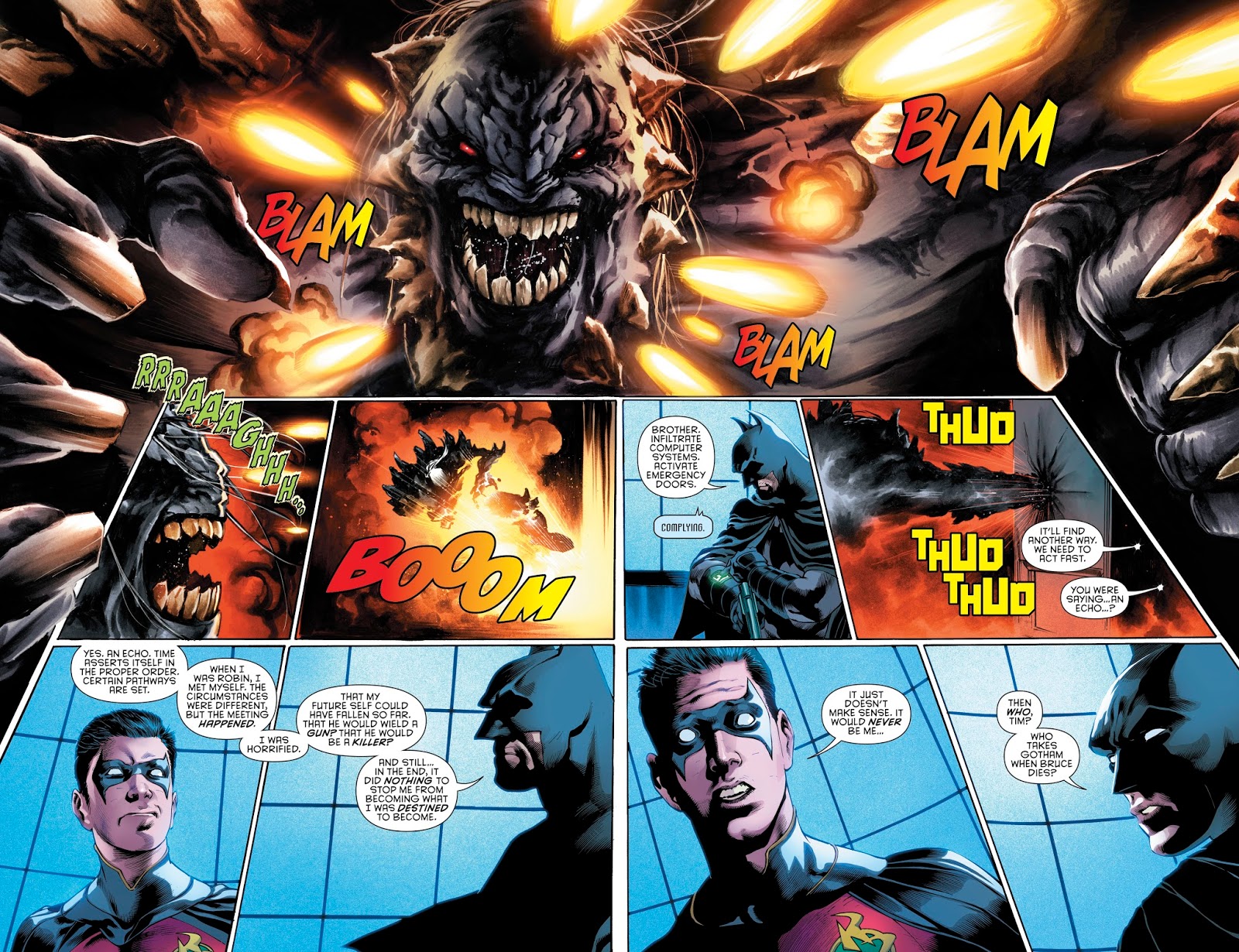 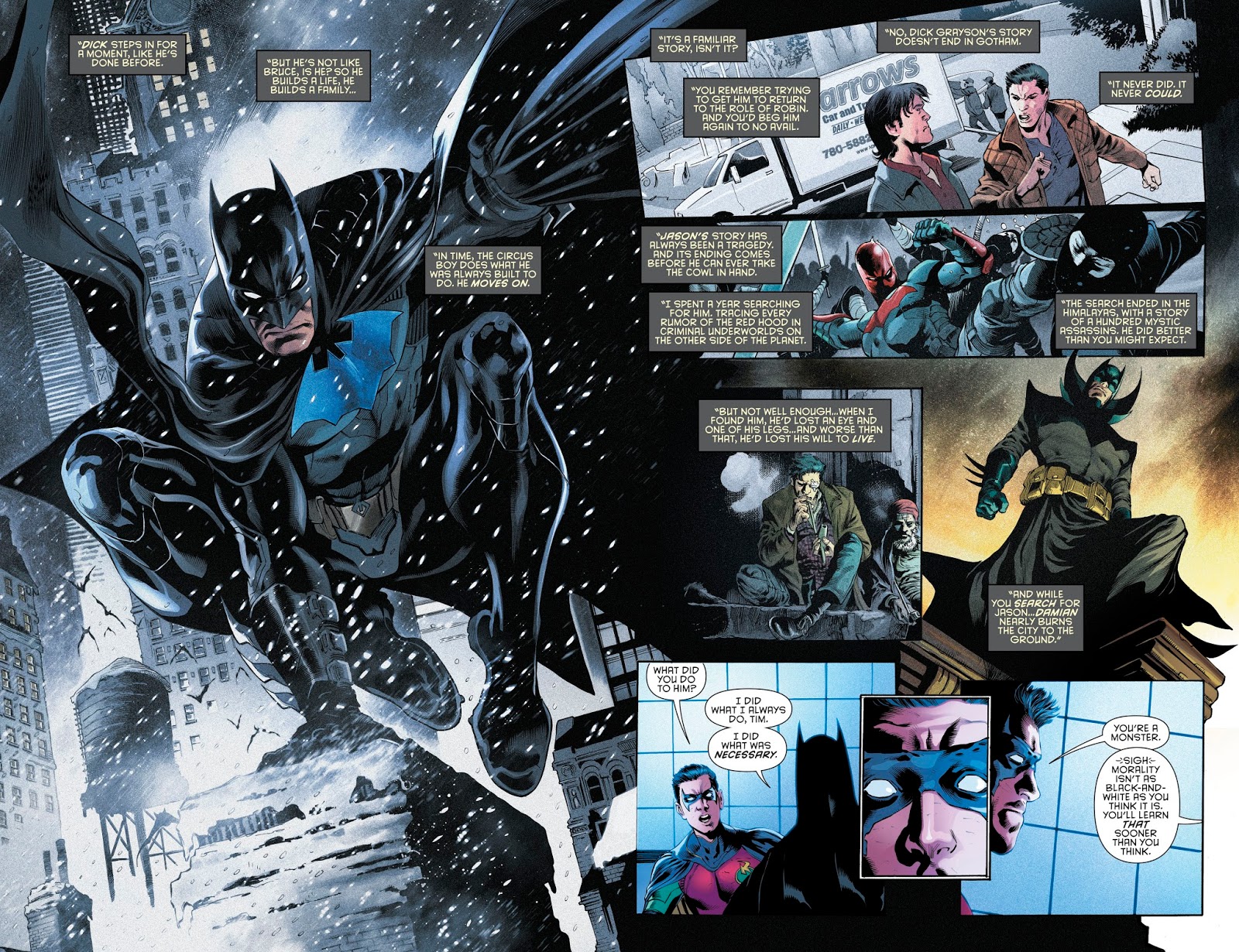 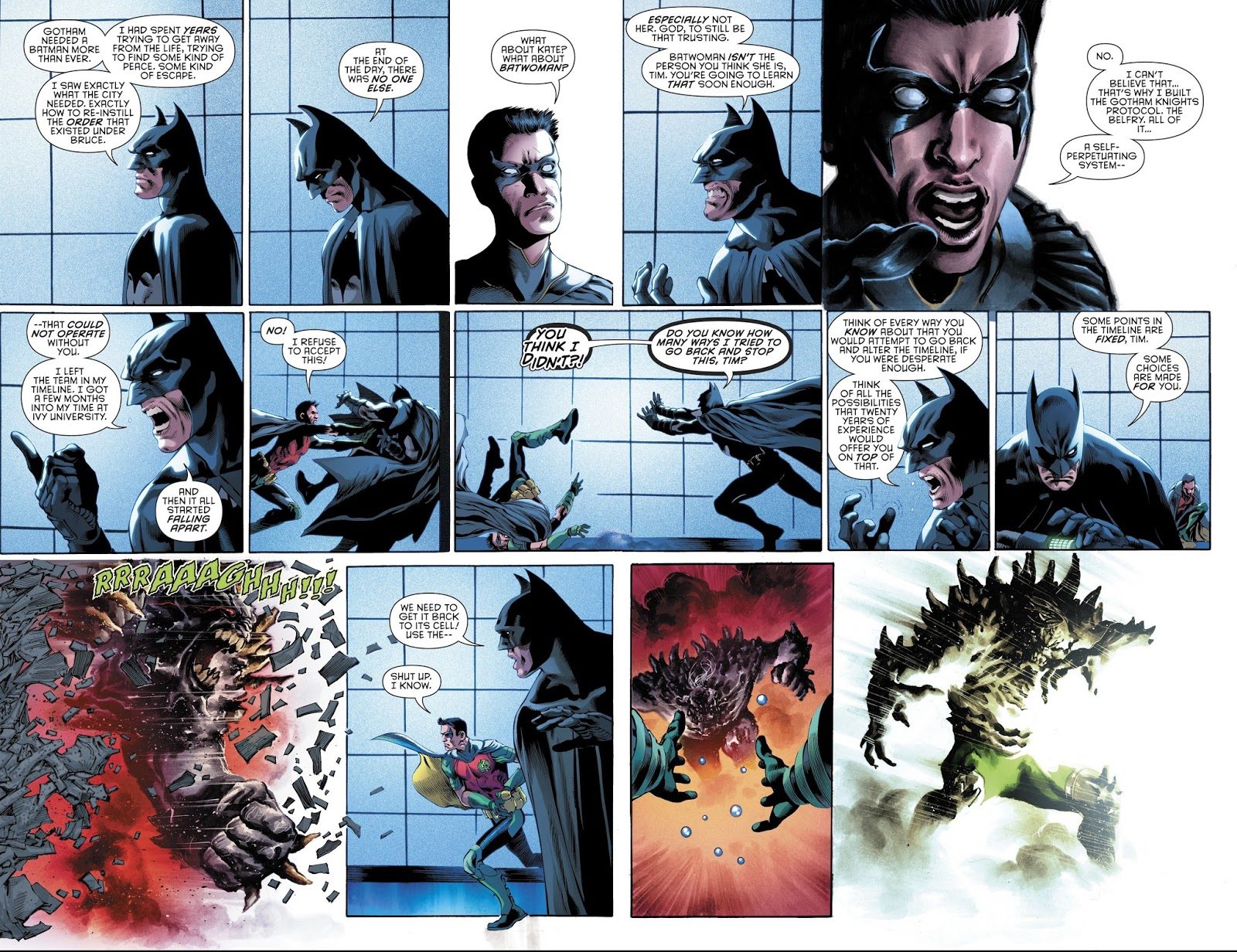 Then who, Tim? Who takes Gotham when Bruce dies?

Dick steps in for a moment, like he’s done before. But he’s not like Bruce, is he? So he builds a life, he builds a family… It’s a familiar story, isn’t it? You remember trying to get him to return to the role of Robin, and you’d beg him again to no avail. No, Dick Grayson’s story doesn’t end in Gotham. It never did, it never could.

Jason’s story has always been a tragedy, and its ending comes before he can ever take the cowl in hand. I spent a year searching for him. Tracing every rumor of the Red Hood in criminal underworld on the other side of the planet. The search ended in the Himalayas, with a story of a hundred mystic assassins. He did better than you might expect. But not well enough… When I found him, he’d lost an eye and one of his legs… And worse that that? He’d lost his will to live.

And while you search for Jason… Damian nearly burns the city to the ground.