Batman VS The Joker (Death Of The Family) 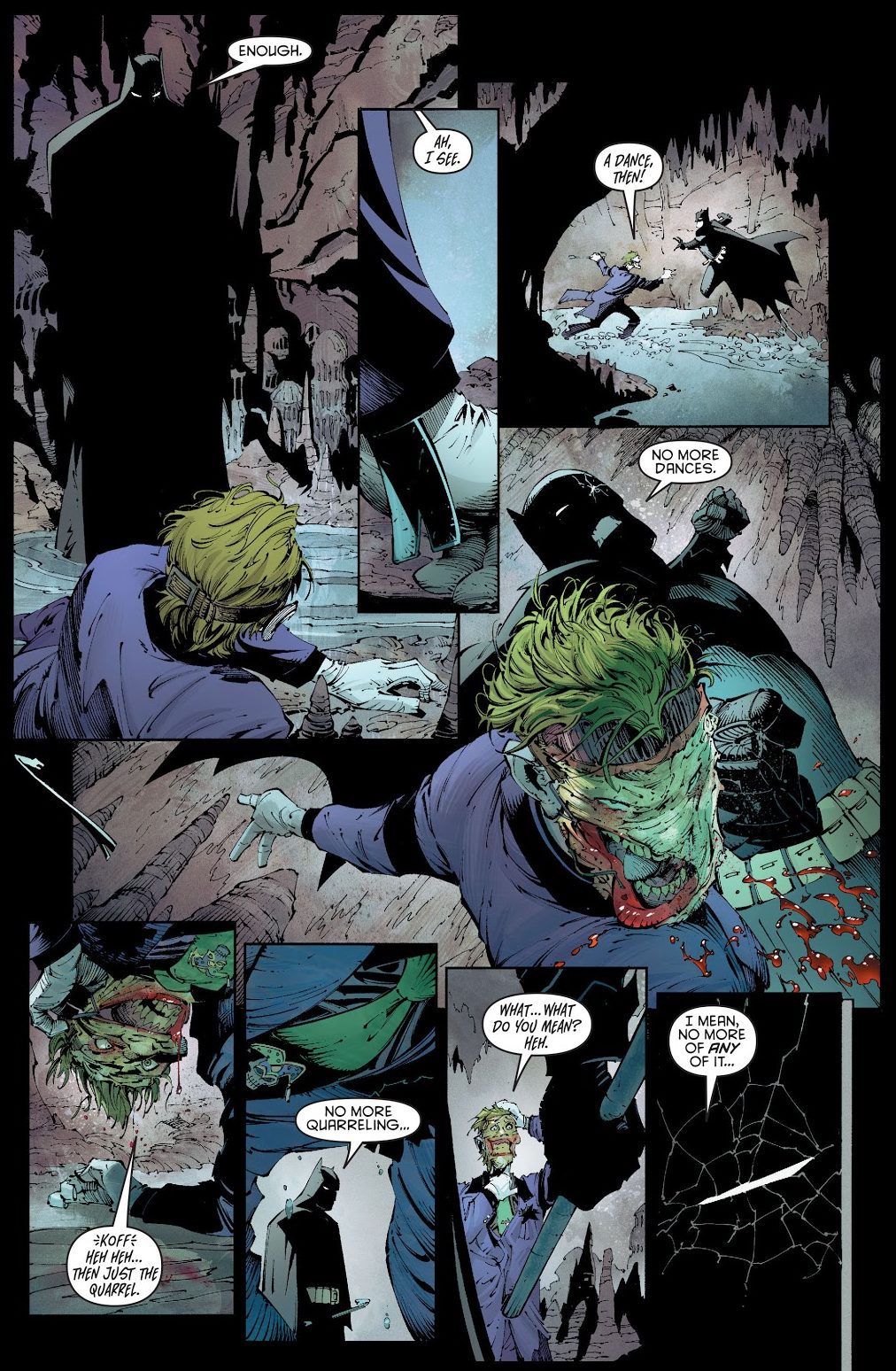 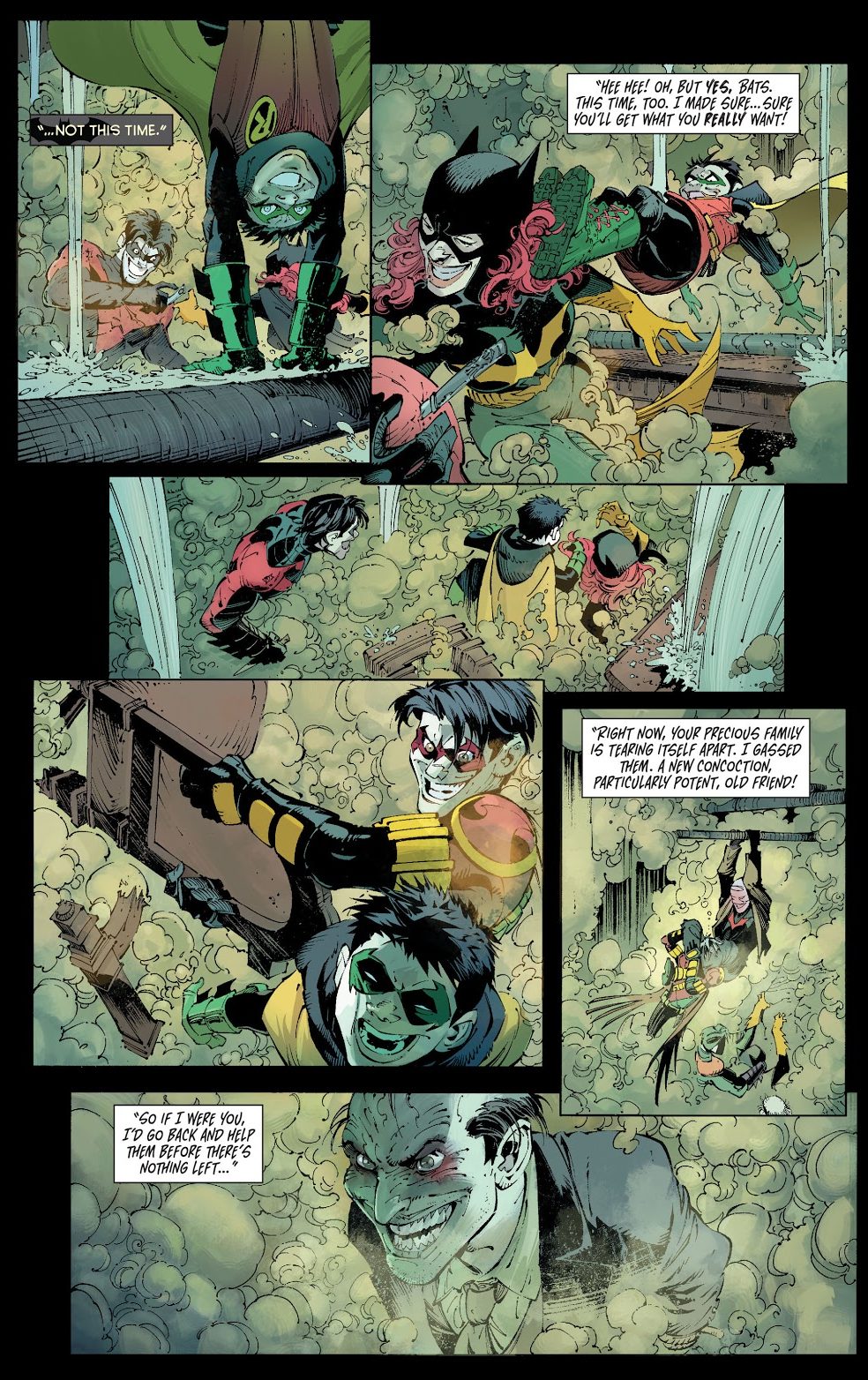 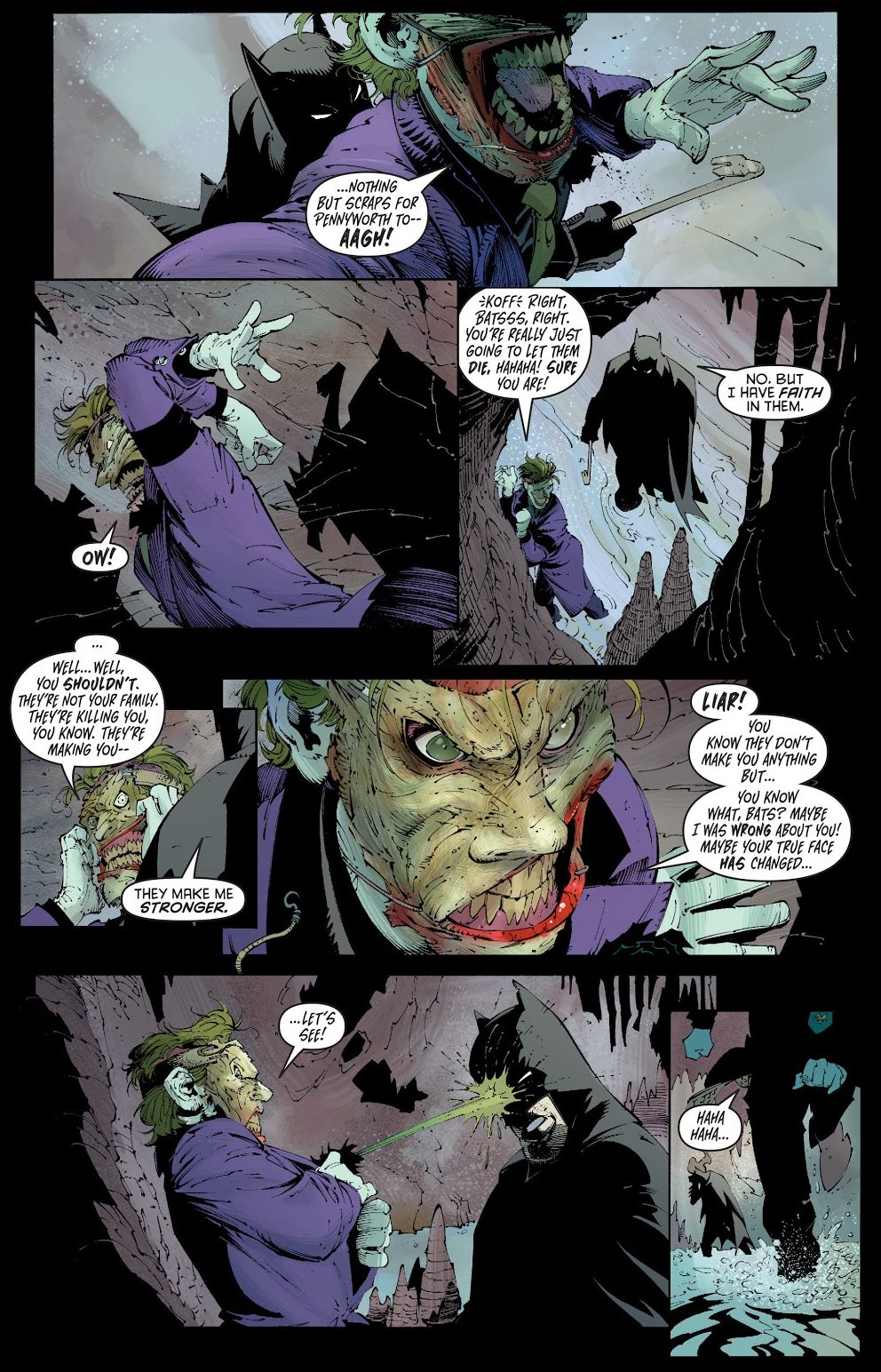 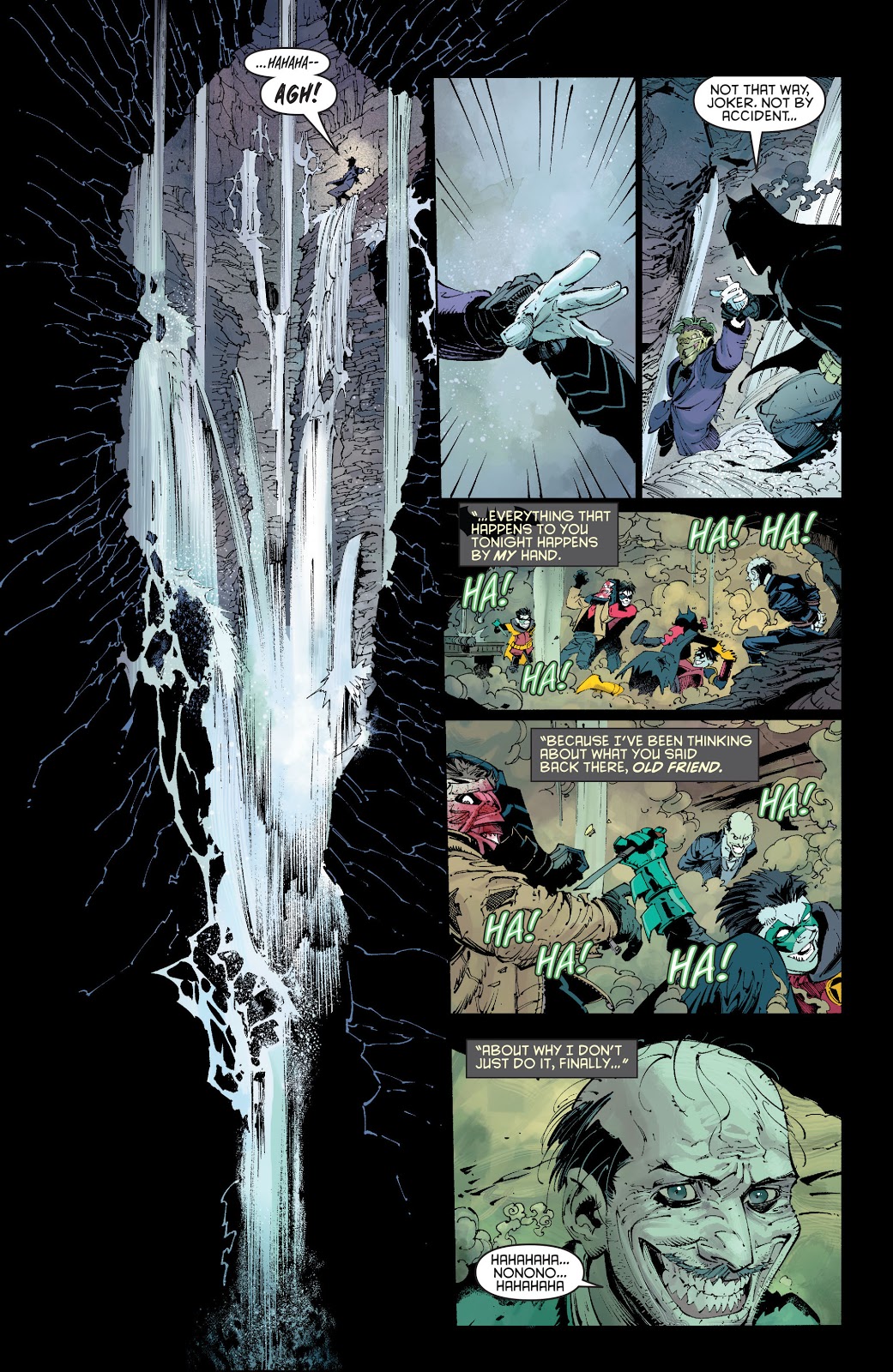 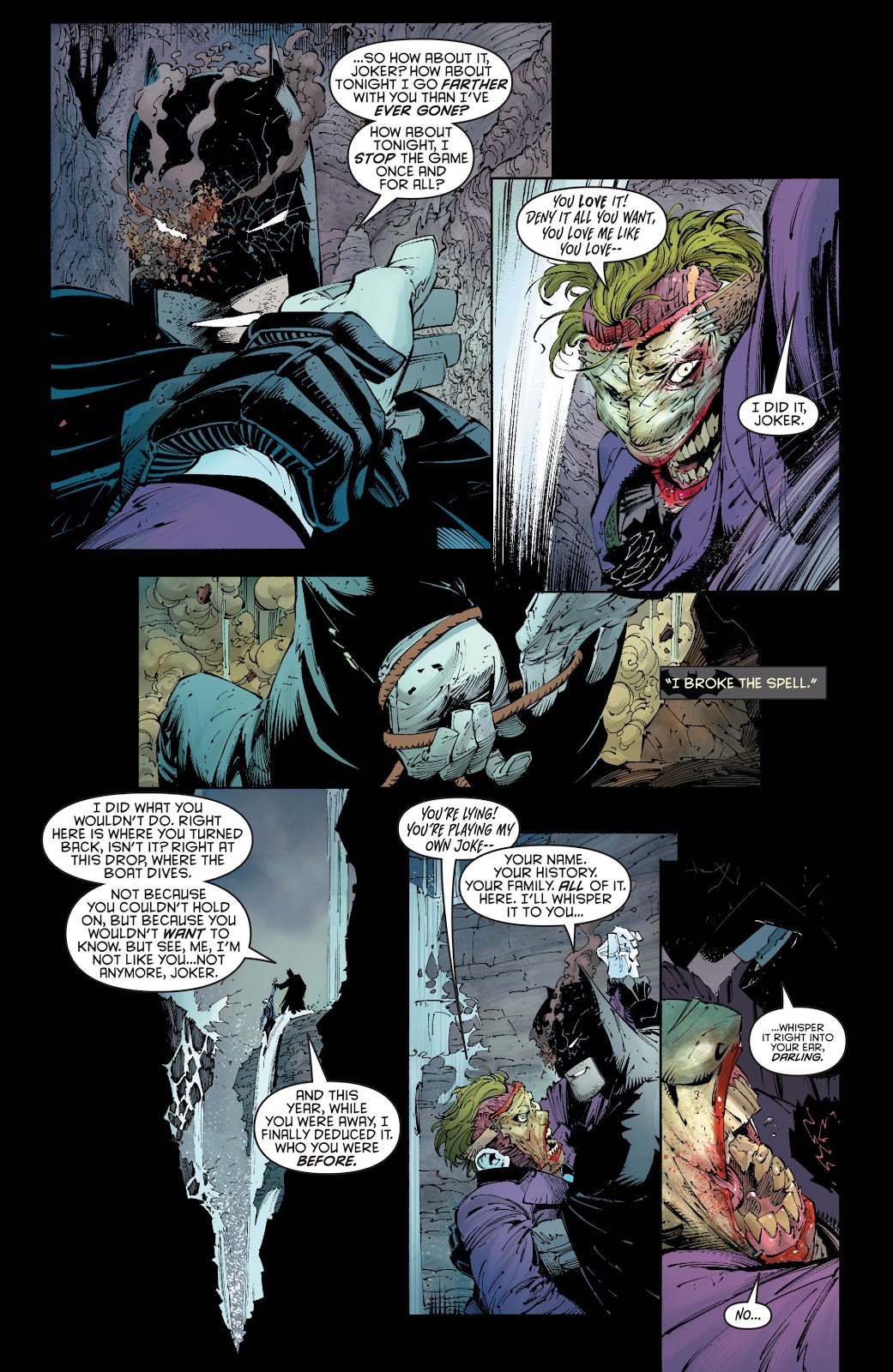 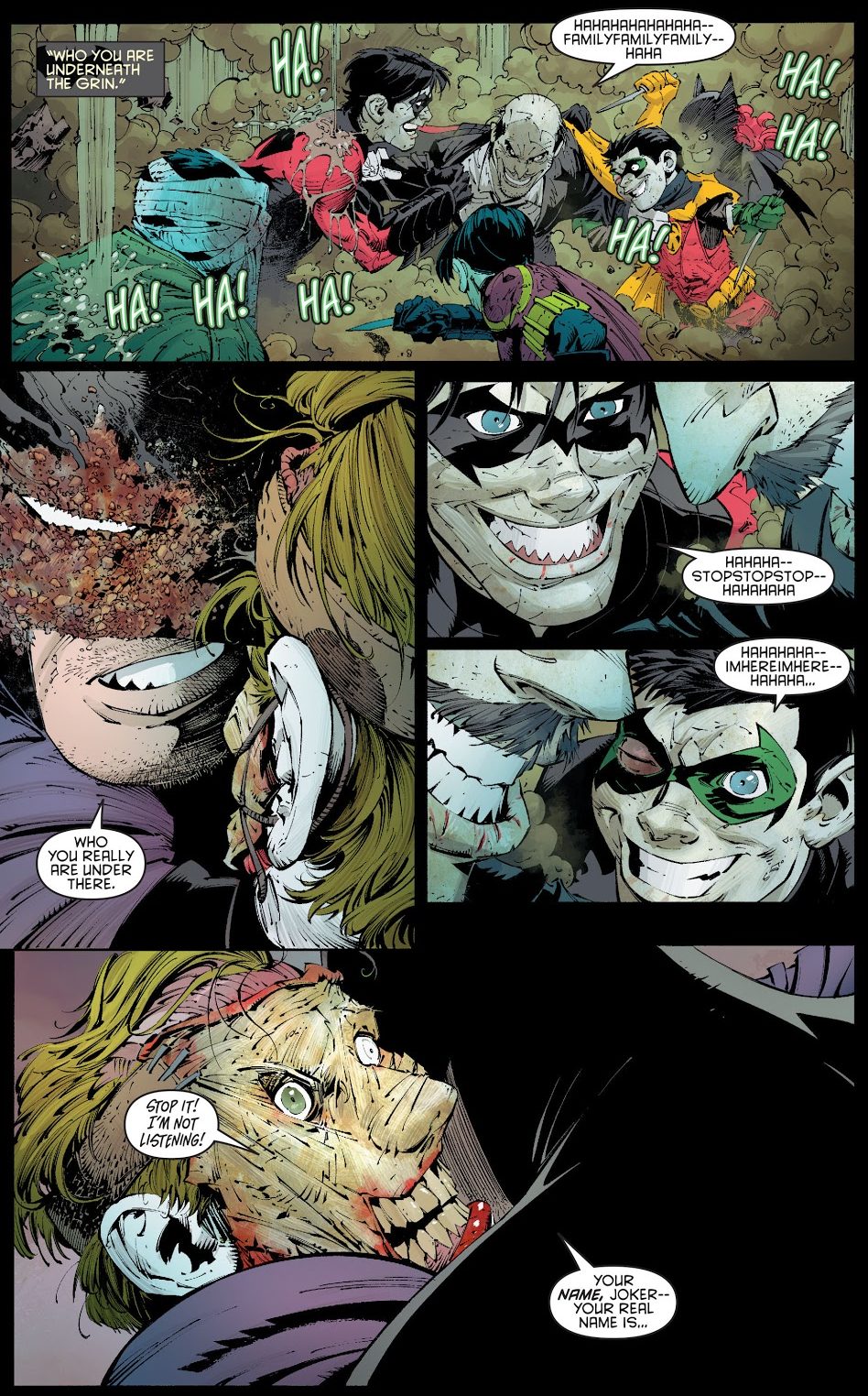 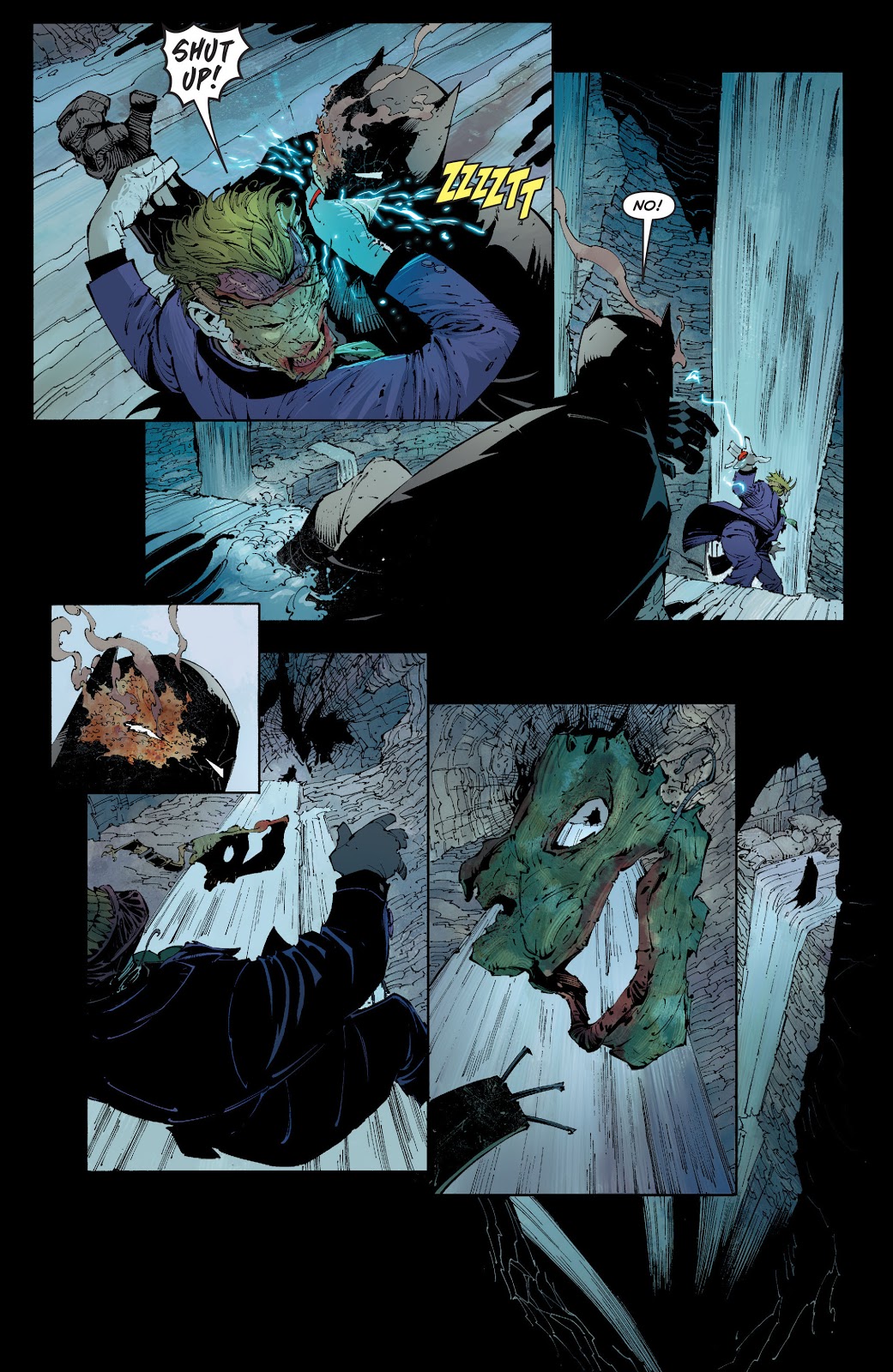 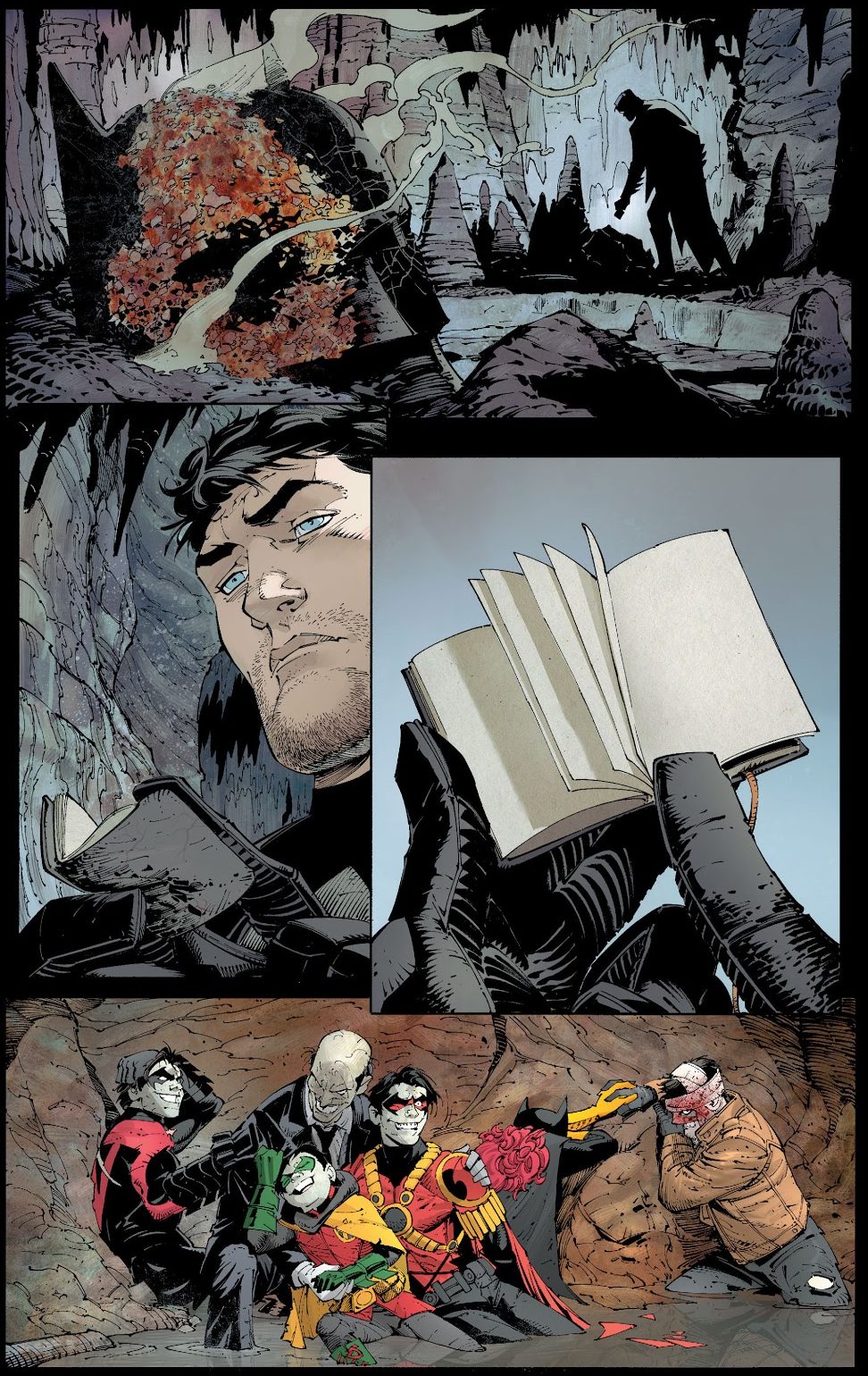 Batman finally takes on the Joker in the final issue of Death of the Family story arc. Previously, the Joker insinuated that the reason that Batman never killed him is because secretly, he wants to play with the Joker forever, that deep down he knows his entire Bat family is merely hindering him.

Batman rejects all this and tells the Joker that he trusts his family, leaving them on their own while infected with Joker venom. Batman also gets the better of the Joker by telling him he knows Joker’s real name before the accident that transformed him, while Joker turned back from exploring the caves that leads to the Batcave because he doesn’t want to know Batman’s real identity, that he wants their game to last forever.

Joker, in a panic, shoves an palm shocker to Batman’s mouth to stop him from saying his real name. This causes Batman to lose his grip of Joker and he falls into the chasm below. I think Batman was just bluffing, he didn’t really know the Joker’s real name. Otherwise, why would he ask this in the Mobius chair when he gained control of it?

One thought on “Batman VS The Joker (Death Of The Family)”