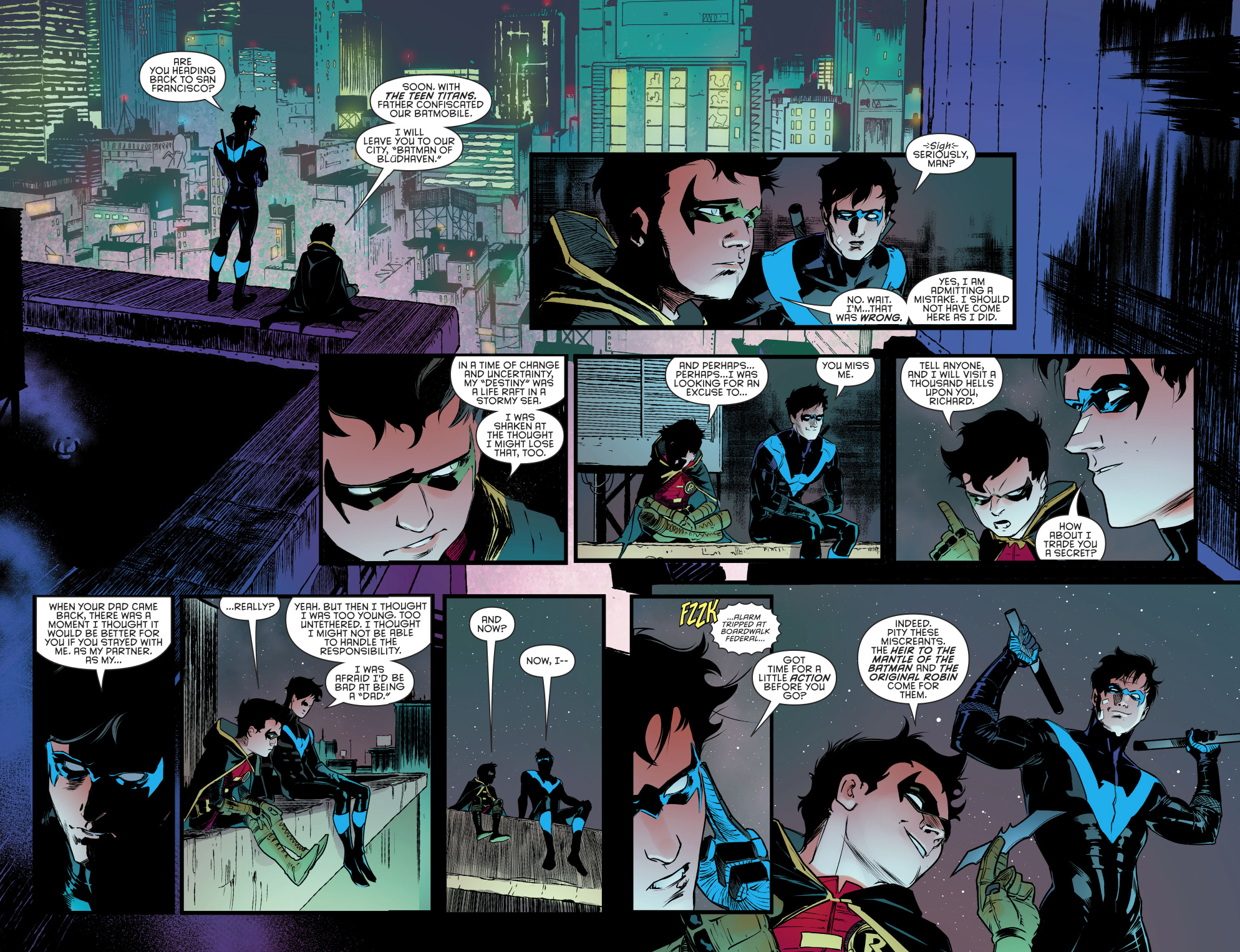 A little background info: Batman died during the Final Crisis event and Nightwing stepped up to the plate and assumed the Batman title. He chose Damian Wayne as his Robin and quite frankly, their tenure as the dynamic duo was really really good. It was during their partnership that Grayson was able to mentor Damian and reign in his violent impulses. If you think Damian is insufferable now, imagine how he was when he started out.