Through the years, we’ve seen Batman’s numerous gadgets and weapons evolve in his never-ending war on crime. When a situation is deemed to be too hazardous for a normal human, Batman has demonstrated that the billionaire owner of Waynetech with no superpowers will always find a way. Here is a short list of high-tech armors he’s used to fight alongside, or against, other super powered heroes and villains. 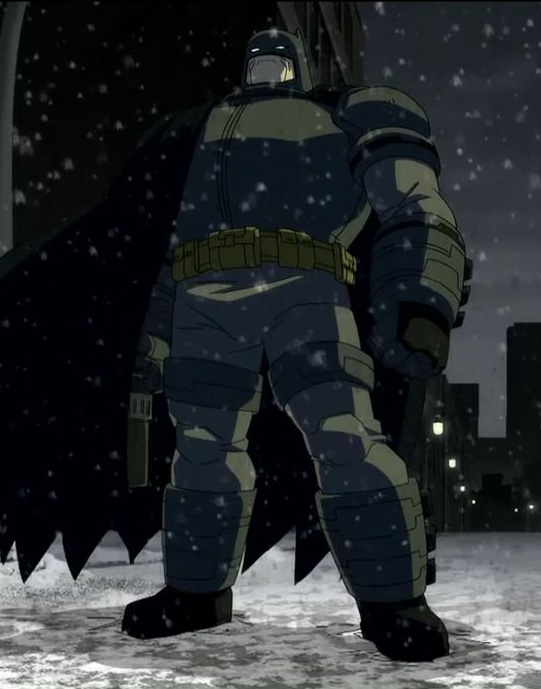 In Frank Miller’s critically acclaimed limited series The Dark Knight Returns, Batman comes out of his retirement at the ripe age of 55 when a gang called the Mutants starts to terrorize Gotham city. Enlisting the aid of a new Robin in the form of a young girl named Carrie Kelley, Batman renews his war against crime. The pair did it so well that the US government felt like the dynamic duo’s vigilante activities were undermining their authority. In response, the president of the United States sent Superman, who had become their personal attack dog, to take down Batman. This set the stage for one of the most iconic battles between the two heroes.

Batman meets Superman in Crime Alley, where his parents were murdered long ago, wearing this heavy armor that augmented his speed and strength. Utilizing his famed preparation skills, the Dark Knight transformed the street into an elaborate trap for the Man of Steel. All sorts of weaponry were used in this fight: a sonic gun, electric gauntlets powered by the entire city, acid, kryptonite, even an armored tank! The armor’s capabilities were not illustrated enough in the comic, but in the animated film released in 2013, we got to see how it allowed Batman to go the whole twelve rounds with Superman. 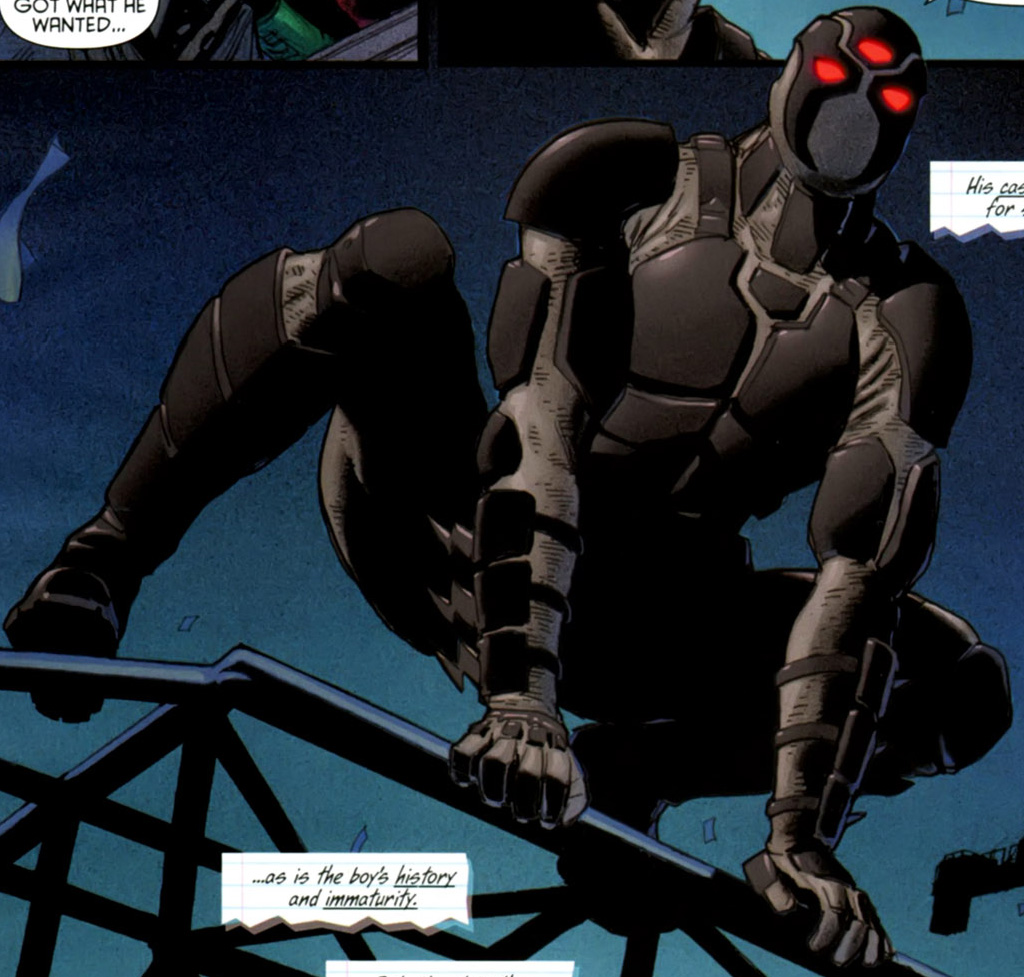 There was a time when Batman was dead for a short period after being “killed” by Darkseid’s omega sanction (laser eye beams). With his death, the Bat family reorganized itself to fill in the huge gap he left behind. Dick Grayson abandoned his Nightwing persona and assumed the mantle of the Bat, with Bruce’s son Damian acting as Robin. Tim Drake, the current Robin at that time, became Red Robin and Cassandra Cain, trained from birth to be the perfect bodyguard for Ra’s al Ghul, turned the Batgirl identity over to Stephanie Brown, daughter of the criminal Cluemaster.

When Bruce finally returned, he decided to inspect the state of things while he was gone as well as test his family and allies. For this task, he donned the Insider armor due to its ability to mimic the powers of select Justice League members. For combat scenarios, it could use Superman’s heat vison, the concussive blast of Green Lantern’s ring, and a lasso that gave off an electric charge, which could also be used as a lie detector. In situations where a tactical retreat was required, the suit had an invisibility mode similar to the Martian Manhunter, the ability to fly, the power to tap into the speed force for accelerated movement, and last but not the least, it had access to the Justice League teleporter. 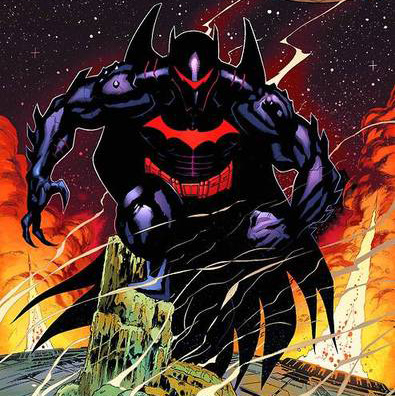 This imposing armor was the result of a collaborative effort of the entire Justice League in case they had to deal with large scale threats in extreme scenarios, something a powerless Batman might have trouble coping with. The suit was designed by Batman and each League member added their own unique contribution to enhance it. To list a few: it was forged in the sun by Superman, submerged in the high pressure depths of the ocean by Aquaman, and worked on by Wonder Woman in Hephaestus’s workshop. Even Lex Luthor added his own improvement when he joined the League.

Batman took the armor on its maiden voyage to Apokolips in order to retrieve the body of his deceased son Damian. No place could have been more suitable to test the Hellbat’s capabilities than the hellish planet ruled by Darkseid. Its landscape is dotted with burning firepits and inhabited by all sort of fiendish beings like the parademons. With the armor, Batman was able to fly and engage in physical combat with hordes of parademons and defeated Darkseid’s son, Kalibak. The Hellbat also responds to voice activated commands, and parts of it could be retracted at any time. But as impressive as the armor was, one of its kinks was its propensity to drain the wearer’s metabolism, and using the armor for an extended period could result in draining the individual completely. When Batman was finally faced with Apokolips’s despotic ruler, the Hellbat allowed the Dark Knight to withstand a great deal of punishment while dishing out his own. Having retrieved what he came for, Batman activated the armor’s chest port and discharged a powerful blast, which allowed him to escape. 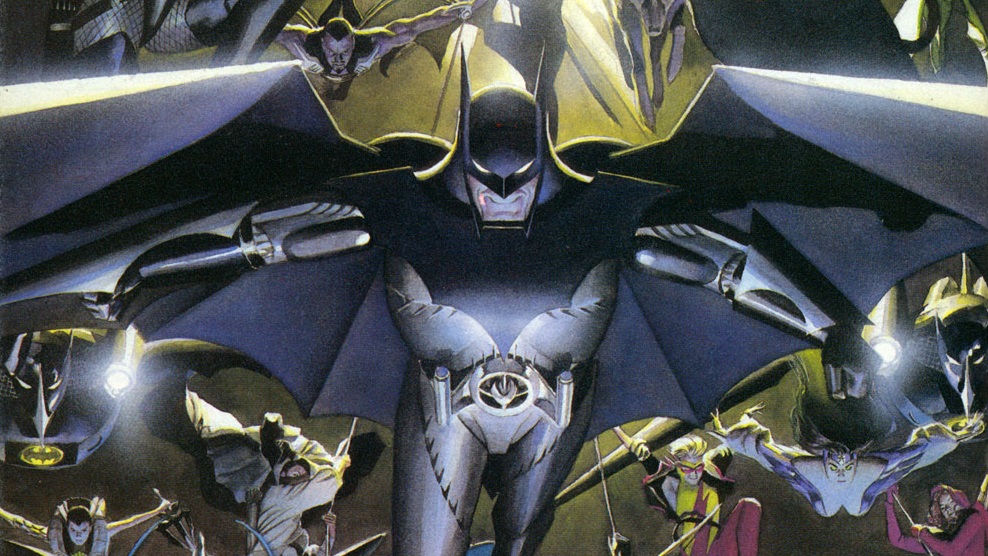 Kingdom Come is the brilliant result of writer Mark Waid and artist Alex Ross’s collaboration. In this Elseworld story, the year is 2020 and all of the superheroes of Batman’s generation have either retired or left the Justice League to do their own thing. Batman, now old and frail, keeps Gotham city safe with a legion of his robotic Bat-Knights.

When a battle erupted between Superman’s coalition and the meta-humans that Superman incarcerated in a special prison, Batman suited up in this armor, accompanied by his own faction, to help Superman’s outnumbered group. The flight-capable suit allowed Batman to engage in strenuous activities and hold his own against meta-humans. Its twin-mounted lasers were so powerful they could cut through titanium with ease. 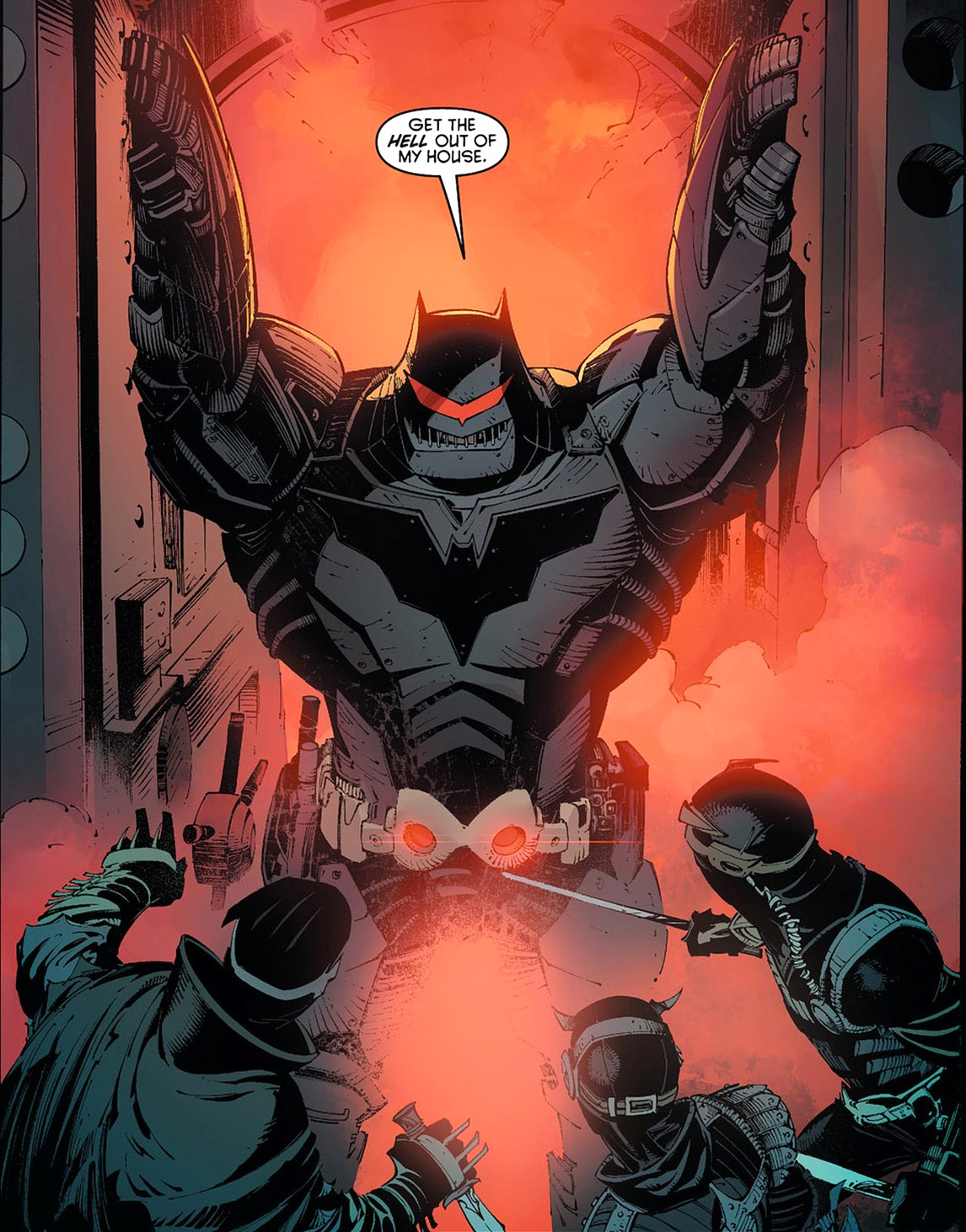 Batman donned this battle suit when the Talons, lethal undead assassins of the Court of Owls, assaulted Wayne Manor to kill Bruce Wayne. Making their way into the Batcave, they forced Bruce and Alfred Pennyworth to take refuge in the Batcave’s armory. Just when the Talons were about to break in, Batman emerged with this heavy armor spoiling for a fight.

The Thrasher suit is tougher than kevlar, made from meta-aramid mesh fibers designed by Batman himself. It was built to do battle in the most inhospitable areas on Earth: able to withstand extreme heat and cold with temperatures as low as the arctic winter. The armor was also equipped with oxygen that could last for weeks. Even though it was eventually destroyed by the Talons during the fight, it proved useful enough in delaying the Talons and keeping Batman safe until the Batcave’s temperature dropped and incapacitated all the Talons. 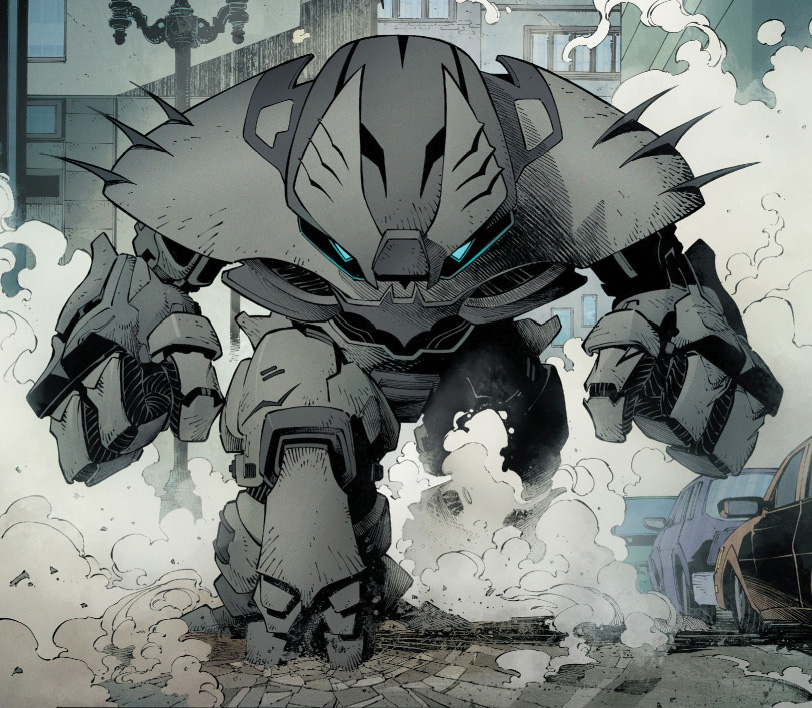 The most recent armor that Batman unveiled while battling a joker-venom poisoned Justice League. The name is an obvious dig at Iron Man’s Hulkbuster armor. But while Iron Man’s creation was designed to just stop the Incredible Hulk, Batman’s armor was designed to take out all of the Justice League’s core members. No disrespect to the Hulk, who is arguably one of the strongest characters in the Marvel universe, but a suit that deals with at least 6 individuals with diverse powers and abilities is definitely more impressive. Batman himself describes it as “designed for war with the most powerful heroes on the planet”.

Where do we even start with its capabilities? It can stand toe to toe in a melee fight with Wonder Woman. Has weapons that can disable Aquaman, Green Lantern, and Cyborg. Its servers, which is more expensive than 60% of the world’s national military budgets, is fast enough to track the Flash’s movements. And lastly, it could counter all of Superman’s abilities and even hurt the Man of Steel without resorting to kryptonite. If you’re wondering whether the Dark Knight won the fight using this armor, let’s just say he’s Batman.

3 thoughts on “6 Awesome Armors Of Batman”